Boomer Ball is the latest limited-time mode to come to Psyonix Studios’ Rocket League. This high-speed game mode is the third special mode coming to Rocket League as a part of the Modes of May. Other game modes that have come to Rocket League include Beach Ball and Dropshot Rumble. 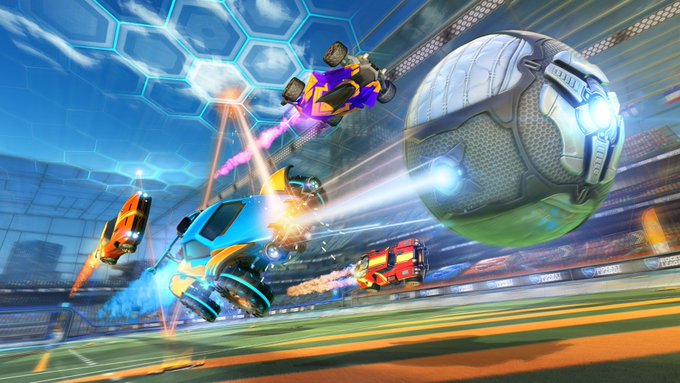 Boomer Ball takes Rocket League and turns it up to 11 in a 3v3 game mode. Players have an unlimited boost amount and go 1.5x faster when boosting. Battle-Cars will be able to go all-out now in-game and never have to stop moving. Chasing the ball is easier than ever, and taking out your opponents has never been more satisfying.

Having a faster Battle-Car isn’t the only change coming to the game mode. The ball speed is also modified to move faster than in normal games. Ball physics have been changed as well. Once hit, the ball will move faster and farther than before. The ball’s physics is adjusted to “super light” so every hit will launch it across the field. Bounce rates have been increased to keep the ball moving once it’s been hit.

Much like other limited-time modes, Boomer Ball is unranked. It will, however, grant the same amount of XP as other game modes in the Online Playlists. Players will still be able to climb ranks in the Rocket Pass 6 in Boomer Ball. After Boomer Ball, the next game mode included in the Modes of May is Heatseeker. First introduced in April, Heatseeker has the ball automatically curving towards the opponent’s goal once hit. Heatseeker matches will be available on May 21.

Boomer Ball was first created by the Rocket League community and has been adopted by Psyonix Studios as an official game mode. Players can find Boomer Ball in the Online Playlist starting May 14 at 9 a.m. PDT and will remain available until May 18 at 9 a.m. PDT.