In March 2022, a host of esports industry experts descended on Nottingham to deliver a week-long programme of masterclasses, talks, performances, workshops and game jams for students from the Confetti Institute of Creative Technologies and Nottingham Trent University (NTU).

Confetti, a part of NTU, is a learning institute that offers specialist vocational education and training courses, from college-level to postgraduate degrees. The institute runs three esports production courses at college, undergraduate and postgraduate levels.

The courses are devoted to learning about production technologies and processes used in live esports events, from grassroots to major stadiums, and provide access to the necessary tech and expertise required for engagement and employment within the esports and live events sector.

Confetti has drawn on its strong industry links to bring the likes of the Amazon University Esports UK&I finals and the British Esports Student Champs to campus. Moreover, ‘do it for real’ opportunities equip Confetti students with insights and hands-on industry experience. 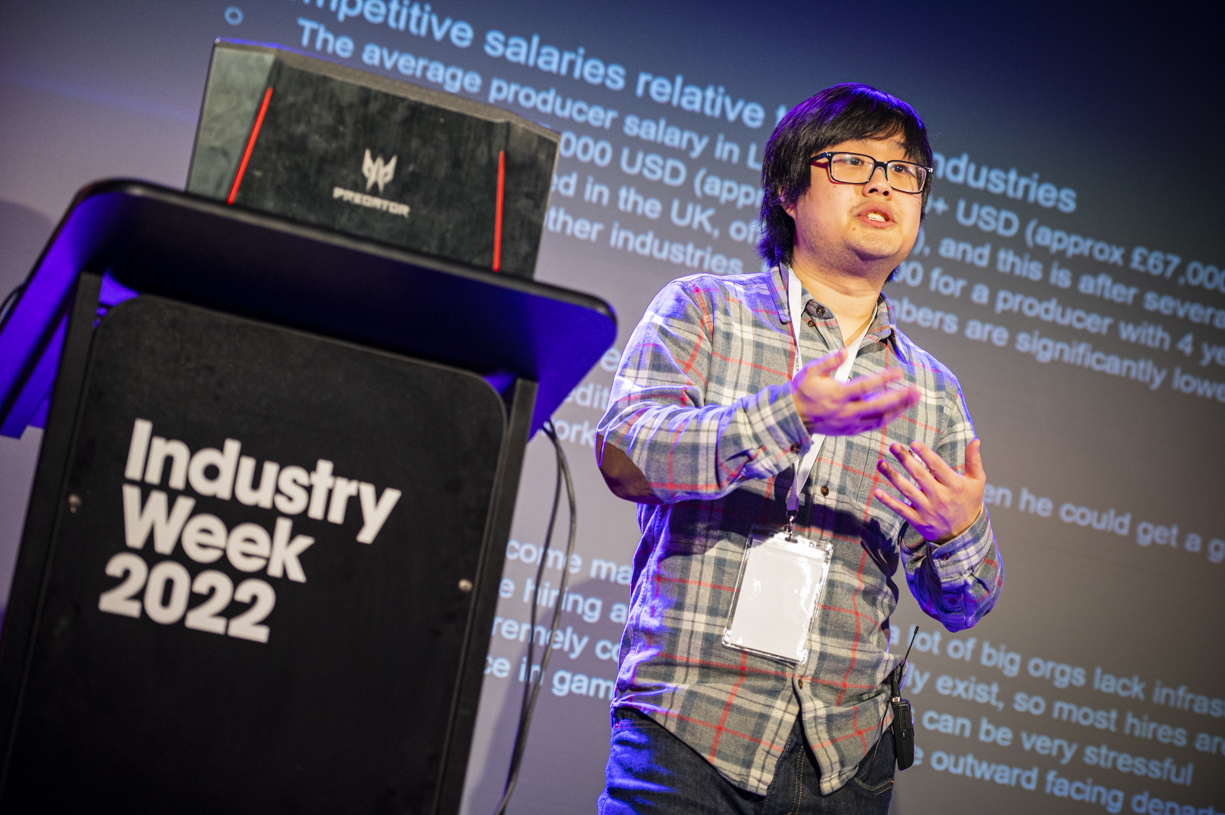 Kevin Lee provided an insight into a day in the life of a Producer working for one of the largest esports organisations, TSM. With lots of experience already under his belt, he detailed the different hats he wears in his role, juggling varied responsibilities ranging from managing script writers and editors, to supporting with finance and player scouting.

Kevin also touched on the importance of balancing work commitments with learning new skills, networking and competitor research. In the second half of his talk, Kevin helped students put their knowledge into practice.

“The workshop element was great as we got to write our own scripts for videos and do our own story boards, with students assuming different roles like editors, producers and the product and marketing team,” said Robin Platt, a 1st year BTEC Level 3 Esports Production student. 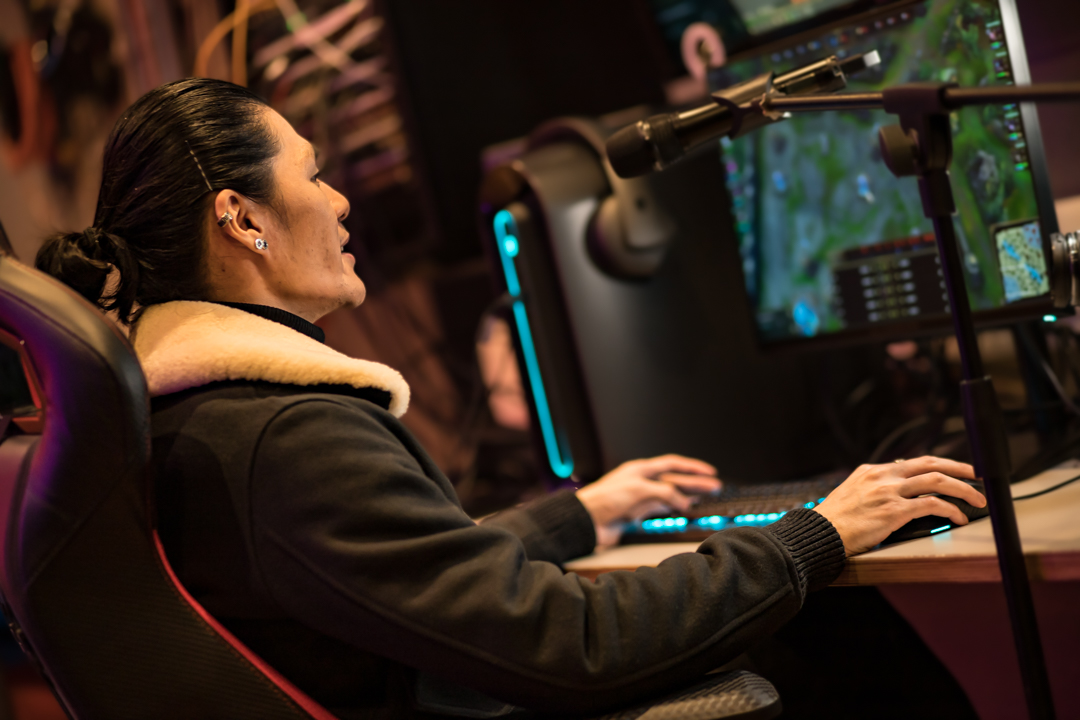 Students were treated to a masterclass delivered by Kevin Cheung, a freelance esports broadcaster with experience working as an in-game observer for League of Legends and VALORANT publisher Riot Games.

Kevin took students on a deep dive of careers in esports, from games to players, team organisations, on air-talent, events, and competitions. He challenged students to think more broadly about the type of jobs you can do in esports, incorporating roles from all different industries, like law, business, live events production, events management, marketing, journalism and technical engineering.

After his talk, Kevin delivered a workshop in esports observing. He took students through a League of Legends game from an observer’s point of view, including performing replays. 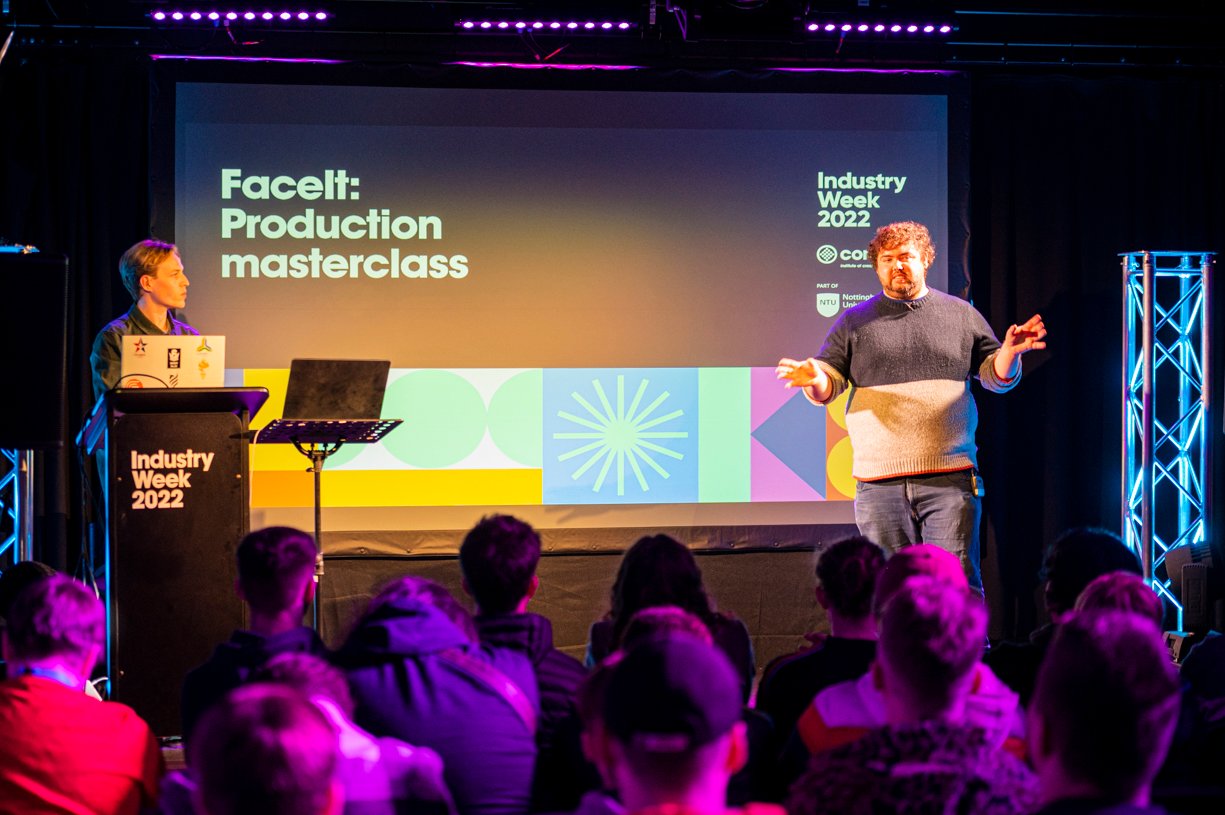 Industry Week also saw a visit from representatives of FACEIT, one of the largest competitive gaming platforms in the world. FACEIT Production Manager Reece Fowler, and Media Producer Simon Bond, were on hand as part of the 2-hour session, providing the benefit of their experiences working on a range of high profile, Tier 1 events and delving into the importance of storytelling in live broadcast.

Fowler detailed what he looks for in a production team: “Being able to perform under pressure is the key skill of being a producer. You need to be great at problem solving, you need to have amazing time management and you need to have that willingness to learn.

“You need to be creative and have the ability to see something that isn’t already there. You need to use your game knowledge and your ability and passion to be able to elevate the product.”

Bond also shared lessons from his journey, both the high and lows, championing students in the room to do whatever it takes to succeed: “If you want to make things happen as someone that’s just starting out in industry, you have to take it upon yourself to do whatever’s necessary to make that show go live.

“Starting out, I had to put it all together myself in OBS Studio just with YouTube tutorials, I had no Photoshop or Premiere Pro experience, it all came from free tutorials and basically asking people: ‘Hey, does this look good? Does this tell you what you need to know?’

“Ultimately I learned my most important lesson which is communication is everything. If you are not communicating effectively, the show has no purpose, and storytelling is all about communication.” 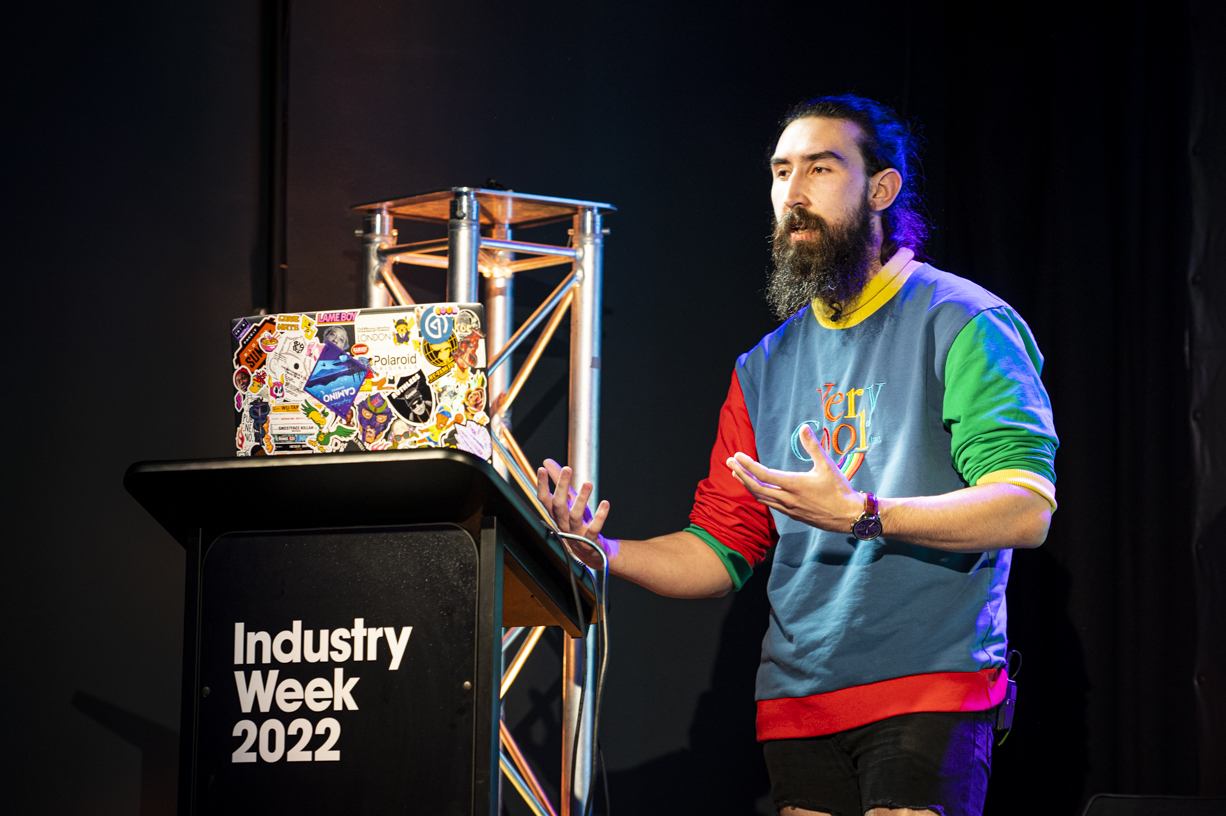 Jack Peters, an on-air broadcast talent, told a packed audience how he got started in esports back in 2014, how things have changed in the industry since then, and went through some key events in his career to date:

“Back in 2014, my options were limited. Basically I was doing unpaid work at FACEIT, pulling long hours alongside my day job which was bricklaying. I would have loved to have been able to have the opportunity you guys have at Confetti, being in an environment like this… learning esports from real people that are actually involved in the scene.”

Peters showed clips from his showreel, including everything from commentating at ESL’s IEM Katowice to helping produce the first televised Overwatch broadcast for TBS.

“Just say yes, just give it a go…If someone asks you if you want to do a role you’ve never done before, 9 times out of 10 it’s worth just saying yes!” Peters advised students. “From there you can meet new people, open new avenues and give yourself a way in, which you wouldn’t find otherwise.”

Peters was keen to stress the importance of staying on your grind, and didn’t shy away from exploring the cut throat nature of industry. His advice to students was to set goals, not take their foot off the pedal, and above all, network:

“It’s the human element in esports that’s often forgotten. Be genuine, chat to people, be interested and more often than not they’ll be interested in what you’re doing and put you forward for gigs. Don’t keep your head down, speak to everyone.”

“Esports production is trailblazing in production,” Wu explained. I do a lot of work for Riot Games for League of Legends and for World Championships and Mid-Season Invitational, those big international events – the amount of tech put into all of that to make that work and the scope of it is just so massive.

“I work on the World Feed for LoL, that’s the team that’s on site at the venue doing all of the compositing of the game, the live player shots, the highlights, b-roll, player arrivals, teams talking in their huddle rooms. The World Feed is pretty much the base that all of these different broadcasts are being built on. It’s remarkable the amount of support that can be given to all of these different international partners that you really don’t get too much visibility on.”

After taking questions from the audience, Wu delivered a mock run-through of a show in order to give students a taste of what it’s like working on a large-scale production. As part of the workshop, students supported Wu and Cheung with the briefing and engagement using Confetti’s tech.

From our sponsor Confetti Institute of Creative Technologies