Darius has been a dominating solo queue pick in the competitive League of Legends.

League of Legends’ top lane champion pool in the professional matches has been shrinking as players stick to the traditional picks of Gnar, Sion and more. While these picks usually scale into the late-game and function as the team’s beefy front-line, many bruisers don’t get the spotlight even when they are good in the current meta. Therefore, when played into the right composition, many champions like Darius could be very dangerous for the opponents.

Supposing that you have grinded through the lower elo in League of Legends being a top laner. It goes without saying that you must’ve had those games where the enemy Darius obliterates your team and players just cannot play into his obnoxious kit. The Noxian fighter has seen a ton of bans, insta-locks in the ranked ladder and players are very afraid of this champion. With the complete overhaul in the items, mythic items like ‘Stridebreaker’ makes it easier for Darius to close the gap with the enemies and secure kills to his name.

Why Is Darius So Good?

While these are some of the instances that occur in the lower elo, he has a good time in the higher elo. Darius could become a force to be reckoned with when played into enemy combinations with very little CC and poke damage. When he completed his core items, he can take on multiple enemy members and still win bad out-numbered fights making him seem like a broken champion.

Darius could be a great counter to these picks in the current meta where top laners usually opt for tanky champions. His passive acts as a great tool to nullify tanks and it should help players damage them heavily before the team fight starts. His laning phase is strong, which could give top priority to the team and free Rift Heralds to the ally teams. 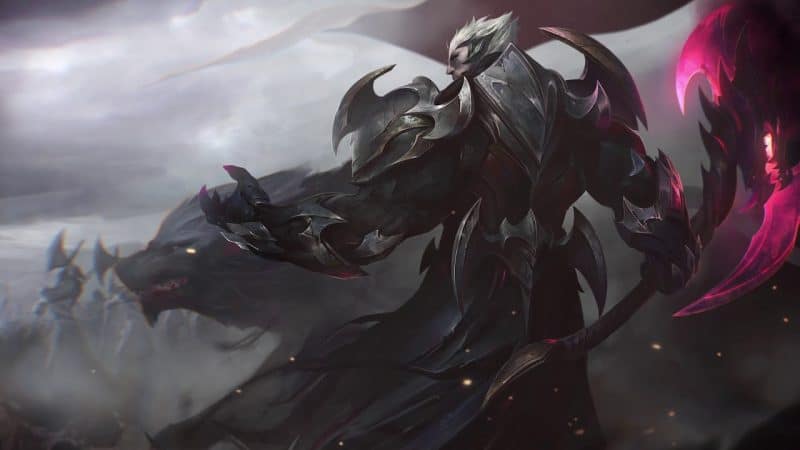 In the first round of LEC playoffs, G2 were leading one game to Schalke 04 when the second match’s drafting saw the insta-lock for Darius. The Noxian might justified his presence by dominating all of the matches in the series, even gathering a Pentakill to its name.

. In an interview with Ashley Kang of Korizon Esports, Broken Blade, when asked about his Darius performance, he stated- “You know I actually hate this champion, I hate it with all my heart. Not to play it, but to play against it. In the solo queue, I just get solo killed and it doesn’t matter if the player who is playing him is Bronze 5. I like to ban it as well, as he is very annoying.” This quiet further showcases the menace that Darius has been in the solo queue and his potency in the higher levels of elo as well.

G2 Esports had to ban Darius to stop the champion’s influence in the last game and won the series 3-2.