We just need to wait four more days until the official release of the Legends of Runeterra Call of the Mountain expansion, and Riot Games keep revealing all the details day by day.

After the announcement of Nocturne, with the Nightfall keyword, new spells, and cards, another keyword was unveiled to come with the expansion next August 26th: Daybreak.

This new keyword brought the Solari to Legends of Runeterra, with four new collectible cards, and it was just a matter of time for Leona to be announced… and so it happened.

When the day breaks, so shall the heretics. pic.twitter.com/cr7TMI5suo

Leona will join the Targon champion roster in Legends of Runeterra continuing the Daybreak mechanics, with a four-mana-cost champion card and 3/5 in her stats. Her Daybreak ability allows her to stun the strongest enemy.

She will reach her leveled form when we have activated Daybreak more than four times. This leveled form consists of a four-mana-cost champion unit with 4/6 in stats that also has Daybreak effects, and also will stun the strongest enemy every time we activate a new Daybreak.

Apart from the four followers that Riot previously announced, Leona brings new spells to our decks: 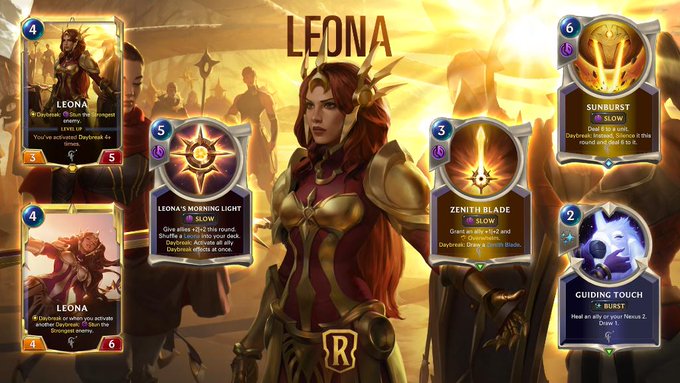 With an amazing cinematic, Riot Games showed us at the beginning of the “spoiler period” that Leona, leader of the Solari, was coming together with her opposite in the lore: Diana, leader of the Lunari.

Some Lunari followers were first announced to come with Call of the Mountain expansion:

The Lunari follow the wisdom of the moon—and are emboldened at night. pic.twitter.com/f4bF2SjDsC

Also, a new Burst Spell called Duskpetal Dusk will join the Lunari roster. A one-mana-cost spell that allows us to play the next unit with Nightfall for a cost reduced by 1.

Diana will join the Targon region roster in Legends of Runeterra continuing with the Nightfall mechanics, with a two-mana-cost champion card and 2/2 in stats. The newest champion comes with Quick Attack and her Nightfall ability grants her Challenger for one round.

Apart from the three followers presented before, Diana comes with more new stuff: 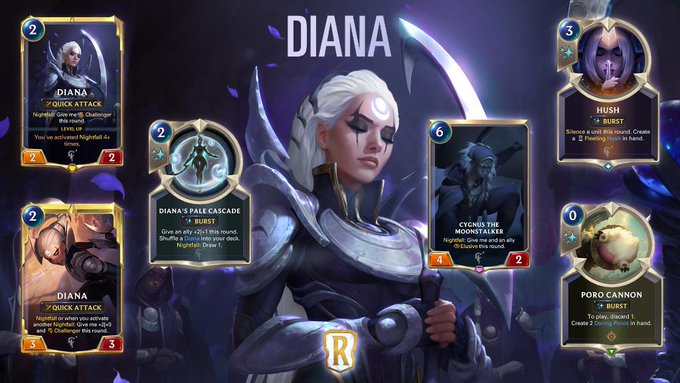 These are all the Champions, Followers, and Spells we have for now, but also new emotes have been revealed to be available with the Call of the Mountain expansion: 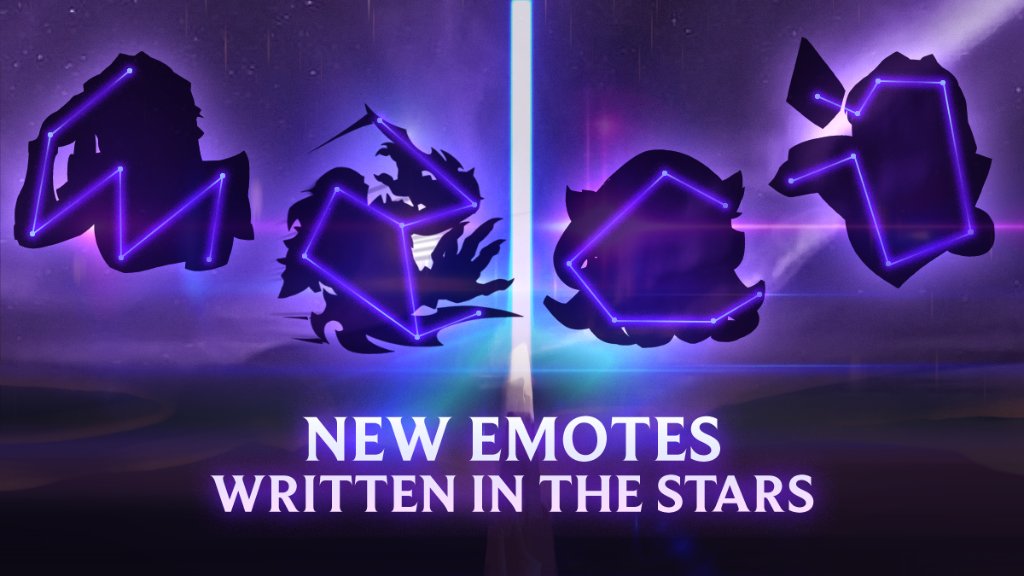 Empire Of Sin, Set For Release On Dec....