Epic Games has gone radio silent since the conclusion of the Winter Royale 2019 in late-December. Since the Fortnite World Cup in July of last year, the Fortnite developers have not committed to another great LAN tournament. Although the Winter Royale was exciting to revisit, competitive players actively sought out what the next step would be. We seem to have found our answer according to the in-game “Compete” tab within Fortnite. 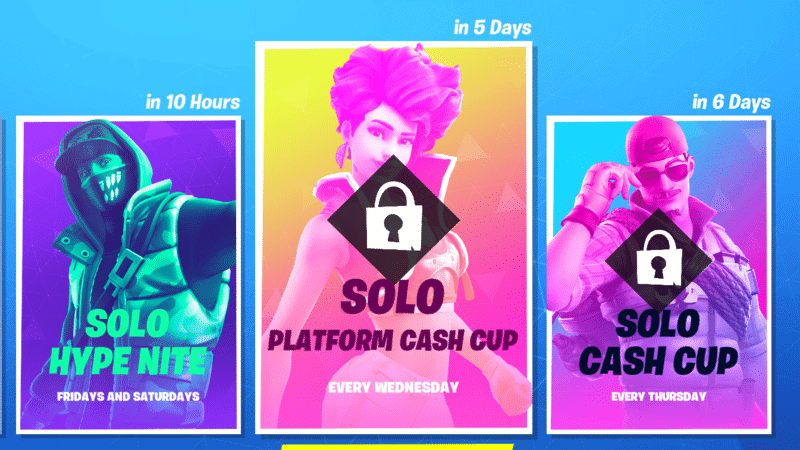 The often polarizing Cash Cup tournaments will resume on Wednesday of next week. We will see the same layout as before the Winter Royale with a competition on Wednesday and Thursday. Since we have heard no news about long-term plans, this is a start. Epic Games’ lack of input left professional players itching to dive back into Fortnite tournament. It’s worth noting that Solo Hype Nite tournaments are making their debut, and will take place on Fridays and Saturdays. 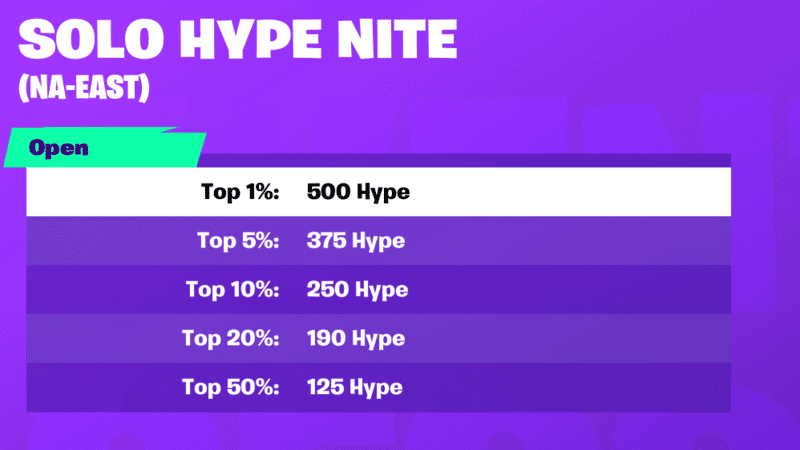 These newly debuting Solo Hype Nite tournaments function similar to the Squad Hype Nite tournaments we saw during the last Fortnite Champion Series. Hype Nites are open to players and provide them with the opportunity to rank up in Arena mode quickly. The presence of Hype Nite competitions gives off the impression that Epic Games might be looking toward solos for the next Fortnite Champion Series. Nevertheless, competitive players will be able to earn some points with hopes of reaching the Champions Division for future tournaments. 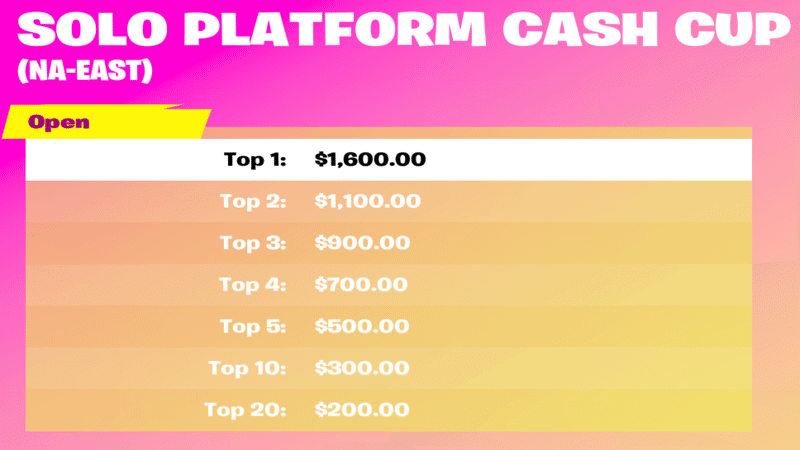 With Epic Games splitting off console players from PC players, we are getting the same format as before for the Solo Platform Cash Cups. PlayStation 4 and Xbox One players will participate in one tournament. Nintendo Switch and Mobile players have their competition as well. The format provides competitors with ten matches over three hours. Everyone’s end goal is the same; earn more points than your fellow competitors. Prizing is much different than we saw before the Winter Royale. The top prize for NA East on PC is only $1.6K USD, but at the very least, professional players can rejoice with the fact that Epic Games has not abandoned competitive Fortnite. 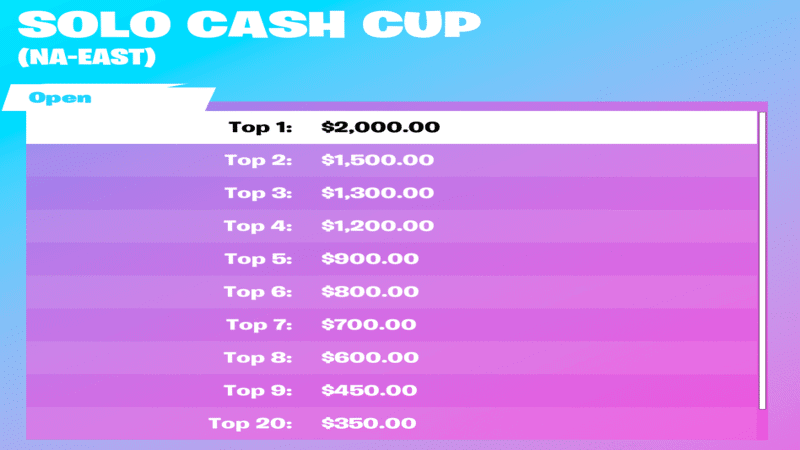 Last, but not least, is the return of the Solo Cash Cup tournaments. We saw some big names emerge in the last go-around of these weekly solo tournaments. Players like Khanada and Benjy “benjyfishy” Fish are just a few who consistently showed up at the top of each leaderboard. Lesser-known like nosh out of NA East and Maken1x out of NA West gained a lot of recognition from these tournaments. If nothing else, professional players will grace their audience with rage-inducing and unforgiving experience that comes with the Solo Cash Cups. The top prize for NA East is a mere $2K USD, which is significantly smaller than the $6K USD first-place prize we saw before the Winter Royale.

Fortnite Champion Series contender, Khanada, is excited to see the return of Solo Cash Cups. He has notably won three Solo Cash Cup tournaments in his Fortnite career. Whether the professional players enjoy them or not, Cash Cups provide great content and more in-depth insight into how competitive solos work. 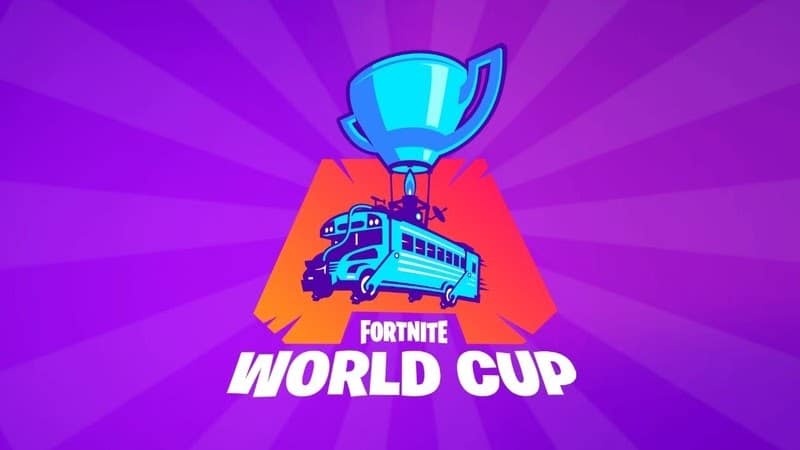 Professional Fortnite players and fans alike are eagerly awaiting the announcement of another significant LAN tournament. Rumors of a Fortnite World Cup 2020 swirled for the past two weeks, but the Fortnite Competitive Twitter account was last updated on December 23rd. As previously mentioned, the Hype Nite tournaments could lead to a Solos Fortnite Champion Series. This current round of Cash Cup tournaments will conclude on January 30th from what the in-game tab is showing. We may hear more about the competitive future of Fortnite at the time. In the meantime, Cash Cup tournaments are taking center stage yet again.