The improvements made over the course of the last 365 days have propelled G2 and its star mid laner all the way to the top. 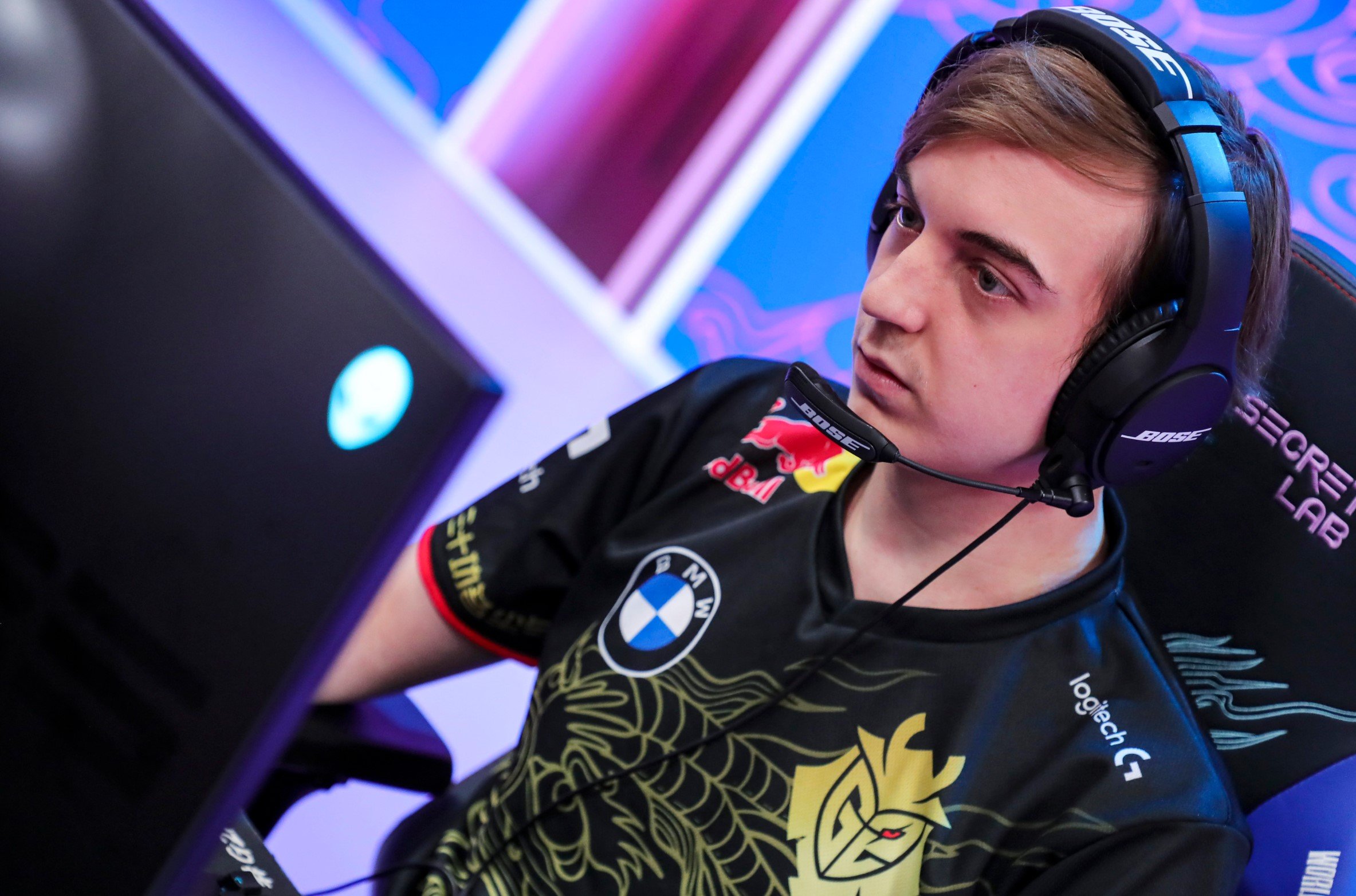 It’s no secret that Caps has been carrying G2 Esports to new heights at this year’s League of Legends World Championship.

The 20-year-old superstar with a lifetime of experience under his belt has managed to reinvent his playstyle at this year’s tournament, allowing the LEC champions to look like an entirely different beast when compared to their performance at last year’s World Championship. The mid lane position has become a point of focus for G2 and Caps has turned into an ever-present threat over the course of the past few weeks.

He’s having the tournament of his life so far. A stretch of consecutive unbelievable performances has turned Caps into the literal and figurative centerpiece of a G2 team that’s on pace to redefine greatness in 2020.

In comparison to Worlds 2019, Caps is performing miles better at this year’s World Championship. Statistically speaking, he’s found himself in a meta that suits him. G2 has been able to play in a manner that revolves around Caps and allows victories to grow through advantages in the mid lane.

As a result of becoming a more focal part of G2’s gameplan, Caps has posted higher numbers in DPM, KP, and GPM at this year’s World Championship when compared to last year’s tournament, according to League stats website gol.gg. Additionally, all of those stats have, in turn, led to a much higher KDA from Caps. During the 2019 World Championship, his KDA sat at 3.4. This year, that number has ballooned nearly a full two points higher, all the way up to 5.3.

His DPM of 609 blows every other mid laner at Worlds out of the water. That mark sits 89 points higher than the next best player at his position. Additionally, his damage percentage of nearly 27 percent is by far the highest out of all mid laners to make it out of groups this year. Compared to Caps’ DPM at last year’s tournament, which was nearly 200 points lower at just 426, he’s having a monstrous tournament this time around.

And frankly, it’s because G2 flipped a switch that allowed Caps to have a stronger presence all around the map. During last year’s tournament, where control mages like Orianna and Ryze reigned supreme, Caps was largely relegated to applying pressure on the center-most parts of the map while G2 built its advantages elsewhere.

This time around, control mages are still prevalent, but G2 has turned its eyes to building a sense of cross-map pressure in each of its games. By placing Caps on roam-heavy picks like Ekko, Sylas, and Twisted Fate, he’s able to serve as an ever-present force in the mid lane and beyond.

No matter what play G2 is making, it feels like Caps is a part of it. This past weekend against Gen.G alone, he participated in 56 out of G2’s 70 kills in the three-game sweep, resulting in a kill participation of 80 percent on the dot. Throughout the course of the tournament, his 75.3 percent KP is the fourth highest among all players at Worlds and the highest among all qualified mid laners. Compared to last year’s World Championship when Caps only participated in 62 percent of G2’s kills, it’s clear that the team is finding ways to get its star mid laner involved in the action on a more widespread level.

It’s not like this playstyle emerged out of nowhere, either. During the domestic portion of the schedule in 2019, Caps’ KP sat around just over 57 percent. This year, however, he ranked near the top of the LEC with a KP well over 70 percent, according to gol.gg. To see his involvement in G2’s map presence shoot up in emphatic fashion was something that the team found success with and desperately needed as well. Here at Worlds 2020, the fact that Caps is at the heart of G2’s strategy makes perfect sense. The adjustments made throughout the course of the season are paying serious dividends at year’s end. 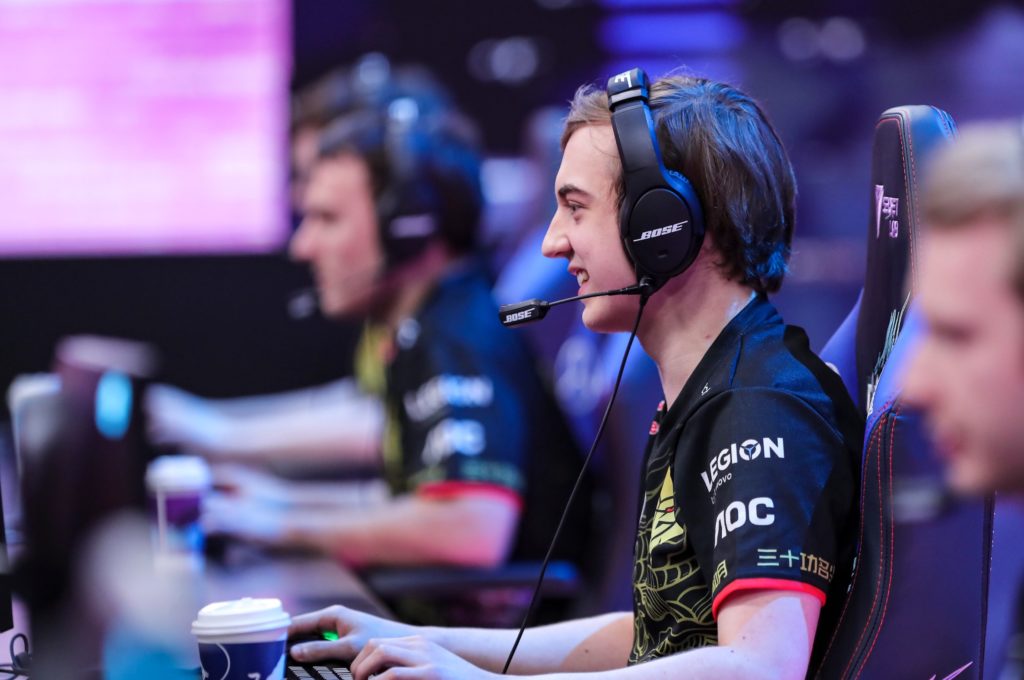 During last year’s World Championship, every time Caps tried moving toward an assassin-like pick, he was punished. When he bent the rules and picked champions like Pyke, the fruits of his labor were practically nonexistent. If he wasn’t playing a mage like Ryze, Orianna, or Syndra, he wasn’t finding success. This year, with the meta heavily favoring mages (and disruptive champions like Akali and Qiyana out of the equation), Caps is able to play more comfortably—even when he elects to move outside the general realm of conformity with picks like Sylas and Ekko.

This year’s mid lane meta is one that Caps knows like the back of his hand. Heavily contested champions like Syndra, Twisted Fate, and Orianna are right up Caps’ alley since he’s played 62 games throughout his career on those three champions alone. Practice on champions like Zoe, Galio, and many of the other less-prioritized picks in the mid lane is just an added bonus for the widely accomplished star with an expansive champion pool. When he’s not dominating on control mages, he’s exploiting the weaknesses of any opposing player who’s trying to get comfortable in a meta Caps has lived in for years. 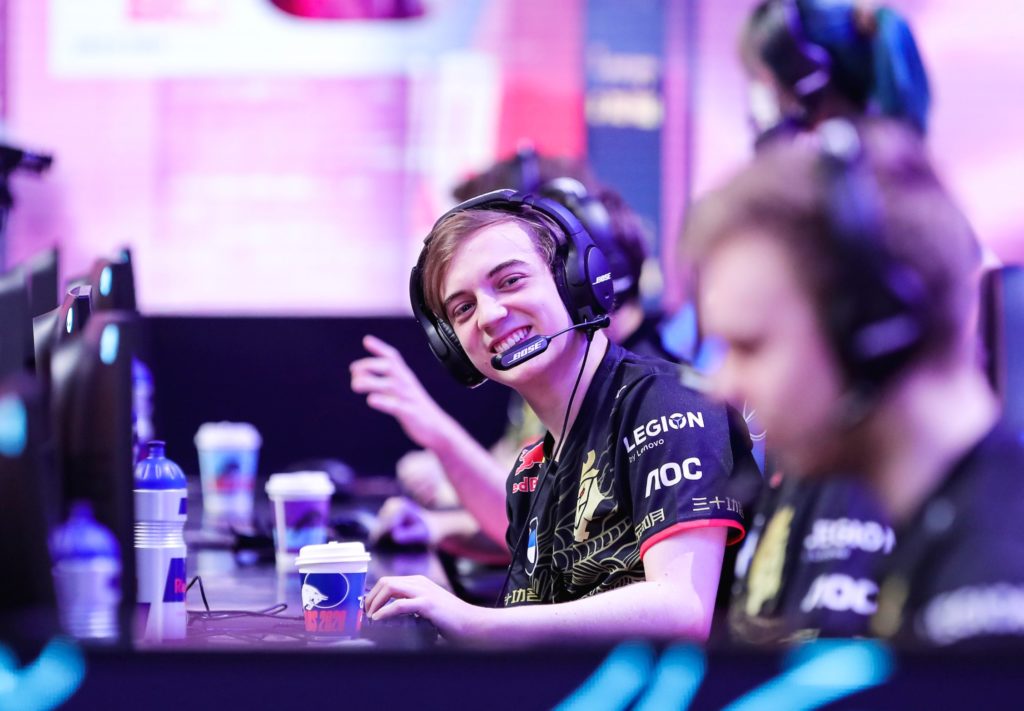 But if there’s one player who can challenge Caps in this meta, it’s DAMWON Gaming’s ShowMaker, who’s set to go head-to-head against G2 this weekend. ShowMaker has excelled at this tournament and throughout his career on some of the most prioritized mid lane picks at Worlds 2020. His career-long Twisted Fate play has resulted in an all-time record of 10-1 and a KDA of 22.6. Although Caps has steamrolled his way through the tournament up to this point, he might finally find a worthy opponent in ShowMaker and DWG tomorrow.

But even with the looming threat of an equally dangerous player awaiting Caps on the horizon, there’s reason to believe that if G2 were to capture the Summoner’s Cup later this month, Caps would be the clear favorite for MVP of the entire tournament. His play has invigorated a roster that’s in need of one final push to the finish line. And with just two best-of-five series separating G2 from a Worlds title, it wouldn’t be totally unreasonable to suggest that if the entire team plays as well as Caps is right now, winning it all shouldn’t be too daunting of a task.