The Esports Awards has announced multiple new partners ahead of the company’s ceremony on November 20th at The Esports Stadium Arlington, Texas. 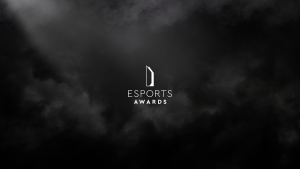 Michael Ashford, CEO, Esports Awards, commented: “This year’s awards will feature more partners than ever before. It is exciting to receive such a significant level of support which will allow us to increase our viewership offering and onsite experience for international talent.

“The events industry was in turmoil last year and suffice to say this year’s Esports Awards are a good example of things returning back to its full glory.”

Esports Awards’ new partners join the likes of Verizon, Expedia, The Koyo Store, SCUF, Secretlab and Roland, among others, as sponsors for the ceremony.

Alongside announcing a slew of new partners, Esports Awards also revealed that the company has extended its partnership with luxury automaker Lexus for the third year in a row.

The Esports Awards will present more than 37 awards that cover a variety of sectors within the esports industry. This includes Esports Game of the Year, Esports Organisation of the Year and Esports Coverage Platform of the Year, the latter of which Esports Insider is nominated for.

Esports Insider says: This year, the Esports Awards has managed to secure a significant amount of sponsors for its upcoming ceremony. Not only is this a testament to the company’s growth, but it highlights how the esports industry is continuing to develop as partners look to integrate with the industry through different avenues.