Machi had the tough task of beating G2 to keep their Knockout hopes alive. 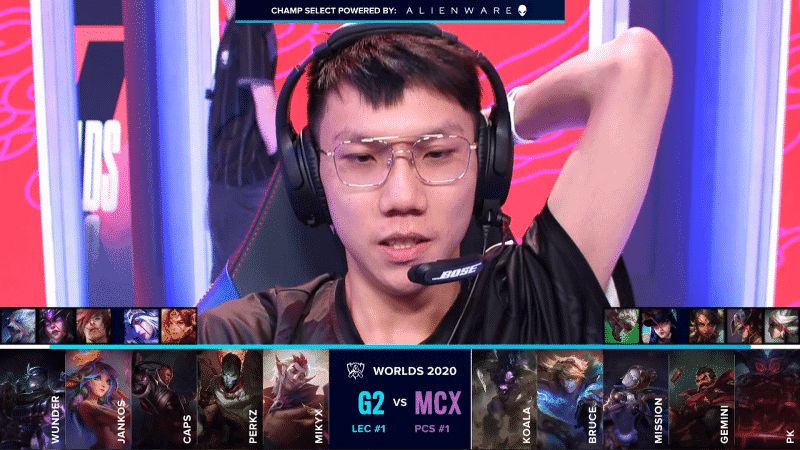 With Suning picking up the win against Machi in the previous game, the pressure was on G2 to match them and move to 4-1. This would set up a top spot decider against Suning Gaming later in the day. As for Machi, they would require victory against G2 to keep their Worlds dream alive, defeat here would see them heading home. First Blood goes over to G2 as they dove onto Mission between his mid tier 2 & 1 tower. After picking up the first drake, MCX was able to pick up the second as they pressured the map. But suddenly a misplay from Mikyx saw him drop, while Jankos also died at the start of the fight.

After the earlier misplay, G2 maintained their dominance on the map shortly after, picking up the second Rift Herald, a mid lane tier one, and a kill on the top side. MCX were able to pick up a kill onto Wunder in return, as the soul point drake was about to spawn. MCX does manage to pick up the soul point drake, with the following fight going two-for-two as MCX picked up a crucial win condition. G2 was able to pick up the fourth drake, stalling out MCX’s plans to gain an early soul drake. While MCX remained close in the fight, G2 pulled the trigger out of nowhere to pick up three kills and claim a free Baron buff.

MCX wins a fight three-for-two before the drake spawns, however, low HP bars force them away as Jankos is able to claim it. MCX moved towards the pit to try to stop it but they lost three more members in the over-extension as MCX ran out of ideas. G2 took down the inhibitors and ran down the nexus as they ended the game. With this, G2 locked in a spot in the Quarterfinals as the result meant Machi is out.