The agreement looks to help Misfits generate more advertising opportunities for its streamers and influencers through the use of short-term brand deals brokered by Thece. 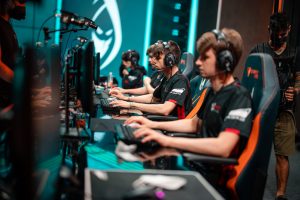 
According to the release, Thece provides advertisers with the chance to ‘test the waters’ and enter into the esports industry without long-term commitments.

For example, the platform’s entry-level programme with Misfits will allow advertisers to gain access to ‘around eight’ of the organisation’s influencers over the course of two-week campaigns.

Thece’s platform takes control of the production of adverts, provides options for targeted platforms and handles the placement of the advertisements. Moreover, the company provides brands with access to real-time engagement analytics.

Both Thece and Misfits participated in ESI Digital Summer, which concluded yesterday, with representatives from both firms highlighting the importance of revenue generation through streaming.

Stefanovic commented: “We put together this influencer-driven content programme and it went extremely well. From that, we launched our Misfits Agency where we said, `hey we work with a lot of these brands, we can bring unique opportunities for influencers, and start commercials and content with these brands that is different from what your traditional esports team does.’”

During the panel, Stefanovic also hinted at a re-brand for the company’s recently announced Misfits Agency.

Esports Insider says: Providing an easier way of securing constant short-term partnerships is great for an organisation. It’ll be interesting to see if more non-endemic brands will be willing to enter into the industry through shorter, lower-risk deals and whether this will lead to those brands striking long term partnerships in the future.