Week 20 of the Overwatch League (OWL) is over, and there were some surprises over the weekend. One thing that didn’t change, however, was the top of the standings. Here are some takeaways from the weekend.

The top OWL teams kept performing well this weekend. The San Francisco Shock, the Shanghai Dragons, and the Philadelphia Fusion all continued to look great. San Francisco swept both the Paris Eternal and the Washington Justice 3-0. Philly swept the Boston Uprising 3-0, and Shanghai beat the Chengdu Hunters 3-2.

These three teams seem like clear favorites for the 2020 OWL title. The New York Excelsior is currently in fourth place, but they lost their match against the Hangzhou Spark this weekend and look weaker than the top three.

While none of the top three teams lost, there were several notable upsets over the weekend. New York’s loss was a  big upset. Signing Hyo-jong “Haksal” Kim seemed like a great roster move, but it didn’t help them win in Week 20. There might still be a lack of team chemistry, however, so it probably isn’t too much to worry about yet.

The Dallas Fuel’s loss may be a real cause for concern, though, especially since it came with some drama. They played against the Vancouver Titans, who haven’t won a game since rebuilding their team. But Dallas lost while their star DPS player, Gui-un “Decay” Jang, sat out. This could indicate some internal problems for the team.

The last upset of the OWL weekend wasn’t as big but was still notable. The Florida Mayhem have looked hot recently, but they dropped their match 3-1 against the Los Angeles Valiant. Florida made it to the final match of the May Melee against San Francisco and has looked great recently, but they definitely looked weak this weekend. 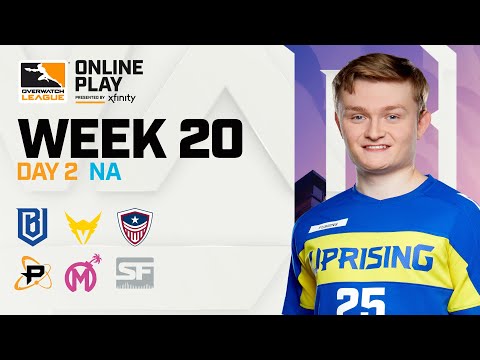 Week 21 has some exciting games in store. Make sure to stay tuned for more OWL news and takeaways!