The story of DRX is a twisting and turning tale of redemption three years in the making. 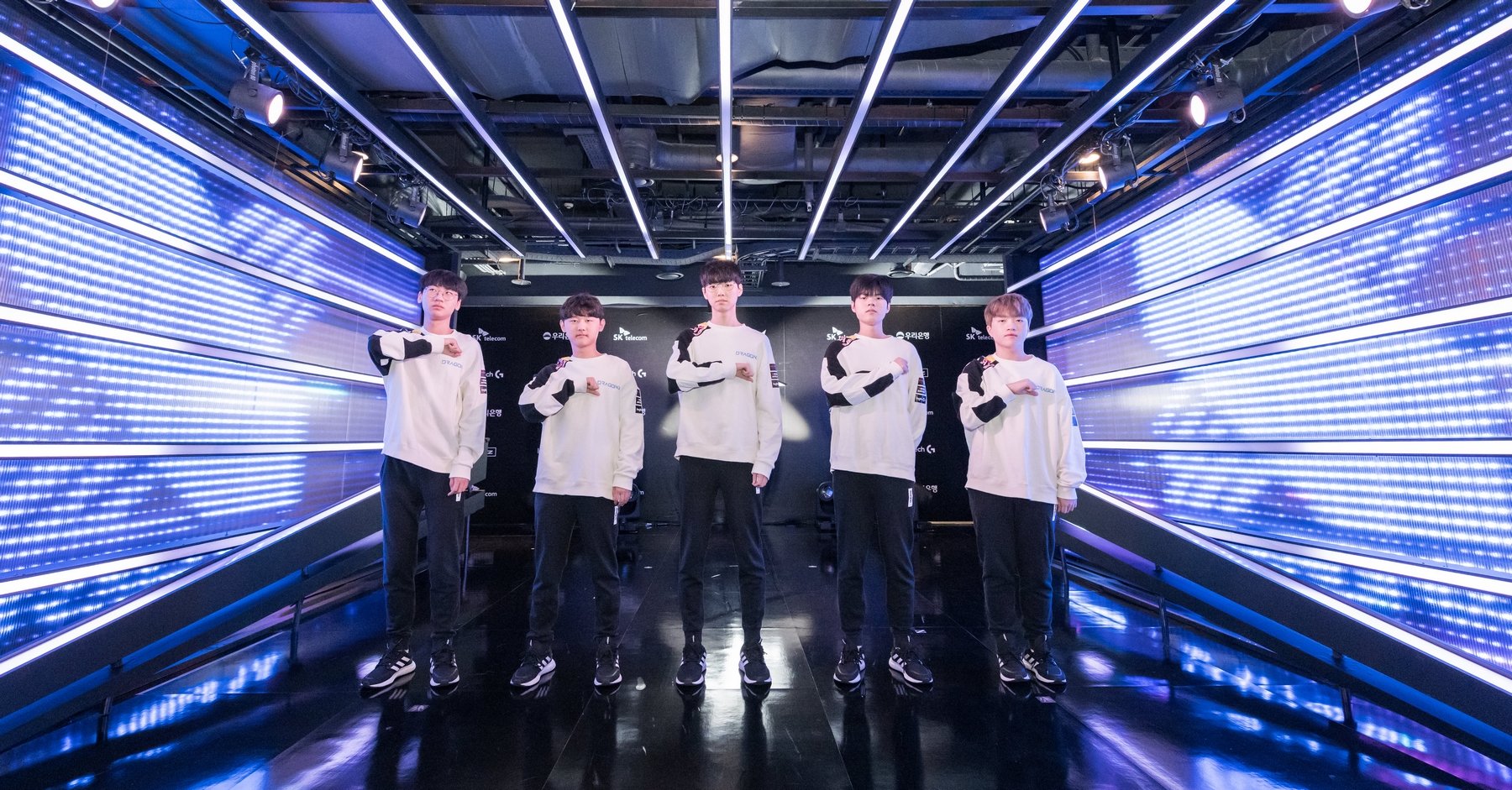 The last time DRX made the League of Legends World Championship, things were vastly different. The team’s roster is made up of entirely different names and the organization has rebranded twice in the three-year span that it’s taken it to get back to Worlds.

The team came into that tournament three years ago under the name Longzhu Gaming. With a strong majority of the former ROX Tigers lineup making up Longzhu’s starting roster, the team was favored heavily to perform well at Worlds 2017 and potentially even walk out of the tournament with the Summoner’s Cup in hand.

After finishing 6-0 in the group stage, everything was going according to plan for Longzhu. But the team unexpectedly crumbled in a quarterfinal sweep at the hands of Samsung Galaxy and exited the tournament far earlier than most pundits predicted. They spent the next three years doing everything in their power to pick up the pieces.

In 2018, the organization rebranded to Kingzone DragonX. Just a few months removed from its underwhelming performance at Worlds, an upgraded roster that featured well-established LCK jungler Peanut was ready to make waves at the first international tournament of 2018, the Mid-Season Invitational. At that event, the newly-formed DragonX roster looked for international redemption with a statement tournament win, but instead found a second-place finish behind Royal Never Give Up.

Still, though, things were looking up for DragonX. Although its showing at MSI was impressive, the organization still craved redemption on the World Championship stage. Just a few months separated DragonX from the tournament, and with a real chance to take home the Summoner’s Cup, the team was primed to perform well at Worlds. The team was still considered on a widespread level to be the best in the world despite a second-place finish at MSI. Once again, everything was going according to plan.

That is, of course, until DragonX missed the tournament completely.

In a span of four months, the team went from a contender for the title of No. 1 to missing the World Championship outright. The following year, DragonX missed Worlds again, this time by just one game at the back end of the 2019 LCK Gauntlet.

The winds of change have reached the LCK 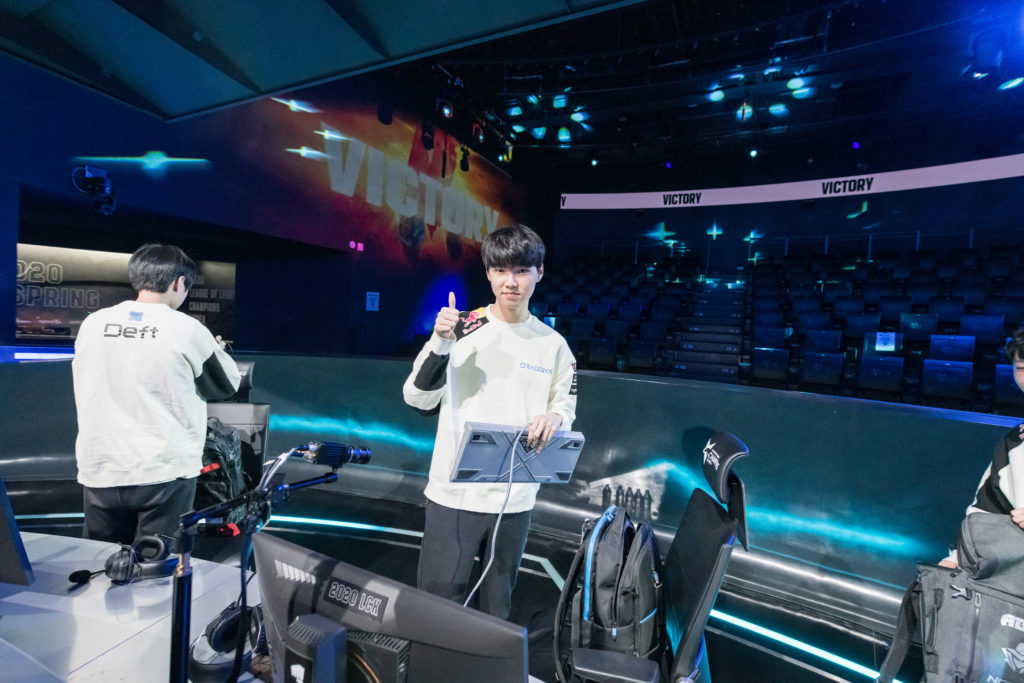 But in 2020, things are different for DRX. Following yet another rebrand, accompanied by another roster overhaul, the organization is poised to change the worldview surrounding it. As opposed to the international runs that the team made under the Longzhu and Kingzone banners, the new formation of DRX is younger, more explosive, and far more promising than ever before.

When the organization was knocked out of Worlds contention last year, the LCK as a whole was changing. Dominant players who held down the fort for so long were on the way out, while younger rookies were being given the chance to shine. Organizations were banking on their prospects more so than their veterans.

A team like Griffin, which sported a roster full of first and second-year players, secured a Worlds quarterfinal berth, establishing the LCK’s younger mindset in a competitive landscape that’s quickly shifting to further include other leagues like the LPL and LEC. With China capturing two straight Worlds titles on the backs of young explosive players like Tian and TheShy, Korea took notice and has been making a three-year effort—since the region’s last first-place finish in 2017—to get younger and more aggressive.

On the flip side of that same proposition, the LCK still finds itself with an abundance of veteran talent spread throughout the league. Perhaps the most difficult challenge for Korea on its climb back to the top is finding a way to combine bursting rookies with dependable veterans. In 2020, DRX has seemingly done exactly that. In a matter of one season, the team has created a roster with the perfect amount of experience and potential, capturing the essences of stalwart veterans and promising rookies in one fell swoop.

The art of the rebuild

Heading into this season, the team made an effort to get younger on all fronts. In its starting roster, DRX replaced its franchise support player TusiN with an up-and-coming 17-year-old, Keria. Additionally, the team’s mid lane position, which had been locked down by longtime Korean powerhouse PawN, was turned over to former Griffin mid laner Chovy at the start of the season. DRX also brought on former Griffin head coach cvMax in an attempt to recapture one of the key pieces of the most promising success stories of 2019.

Additionally, DRX decided to give its young prospect jungler, Pyosik, a chance to develop in a full-time role alongside former Griffin backup top laner Doran. Together, these moves filled four out of the five starting positions on DRX’s roster with either true rookies or players with near minimal experience. Among DRX’s offseason additions, only Chovy had played on the international stage before.

With multiple players being jettisoned into a starting role for the first time in their careers, the team pulled off the most prolific example of a complete “trial-by-fire” scenario in modern League.

But while DRX’s successful attempt to bring on as many jolting young players as possible is certainly one focal point of the organization’s recent success, it’s only half of the equation. The veteran talent that lingers on the walls of the organization has been expunged for the most part, but one notable player stuck around after this offseason’s complete rebuild. 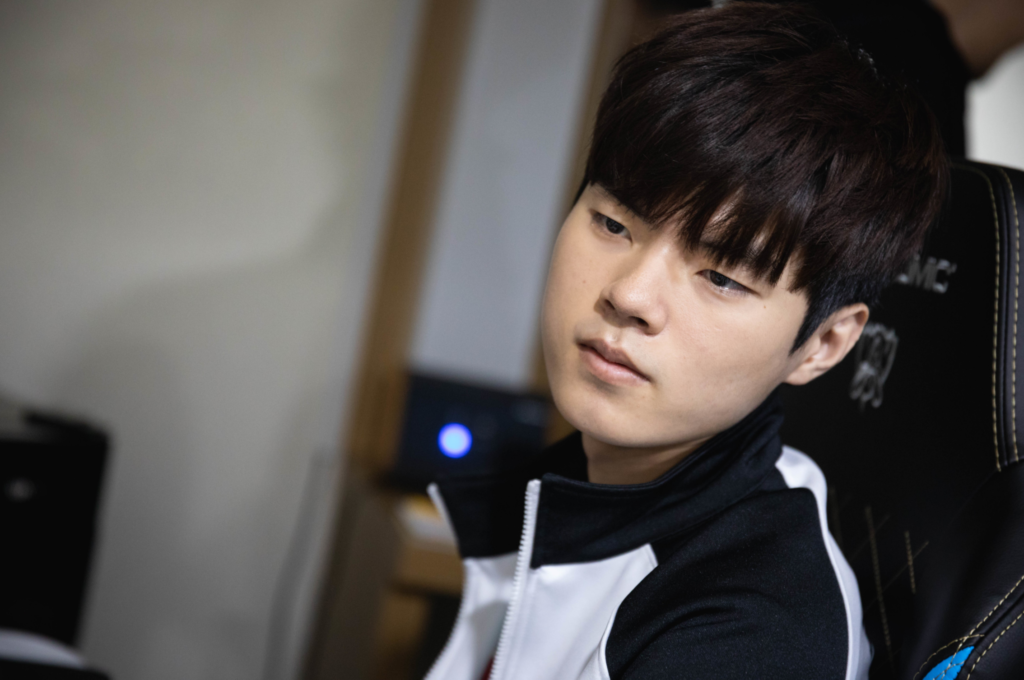 Deft is perhaps the most experienced player in the LCK today. Right alongside legendary names like Faker, PraY, and GorillA, he’s easily one of the most well-established veterans the region has to offer.

With DRX, especially in 2020, Deft has taken on several responsibilities. First and foremost, his long-standing status as a reliable tool in the bottom lane is expected to serve as a piece of leverage that can carry the team to new heights. Beyond that, and perhaps infinitely more important, Deft is expected to be a leader on a team where experience on the international level is few and far between.

This year, Deft is making his fifth appearance at the World Championship. His first came all the way back in 2014 when he reached the semifinals with Samsung Blue. Now, his nearly eight years of competitive experience are more than all four of his other teammates combined.

One of those teammates who stands out in particular is Keria. The homegrown piece of talent that DRX has developed into its own star is going to be a major factor at Worlds due to his quickly-trademarked flashy playstyle. Alongside Deft, Keria has excelled when it comes to making high-risk, high-reward plays. After spending the year mastering aggressive support champs like Thresh and Bard, Keria became a key factor in helping Deft and DRX’s entire roster exceed expectations.

The duo carried DRX to 78 total wins during the 2020 season, propelled mainly by a combined average KDA of 4.5 throughout the year, according to League stats site gol.gg. Despite a strong difference in terms of experience between Keria and Deft, the two players have excelled together. In their given environment, Keria’s aggro-centric playstyle gives Deft a chance to capitalize on an immense amount of opportunities. In return, Deft’s experience is a learning tool for a young player like Keria. The relationship that the two players have developed throughout the course of the year has certainly been symbiotic, to say the least.

Despite only playing together for less than a full year, Deft and Keria make up one of the most polished duo lanes heading into Worlds. And if DRX is going to find success at the year’s final tournament, it’s most definitely going to be through the duo lane that’s ignited the spark to propel the team to its current standing. Deft is without question one of the most experienced veterans at Worlds, while Keria is one of the most promising and intriguing rookies at the tournament. With a combination like that on their side, DRX look poised to make a ton of noise.

Everything is on the line 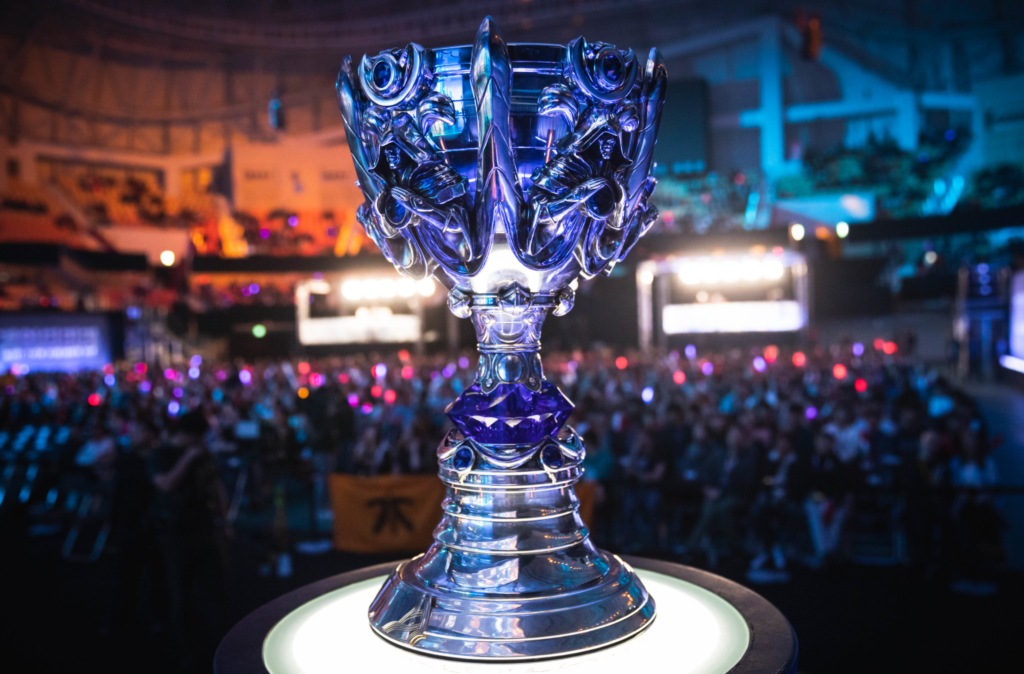 Beyond its deadly duo, DRX is a fairy-tale story three years in the making that’s just built for the World Championship. It’s taken the organization everything to get back to this point. Between rebrands, rebuilds, and total reconstructions, DRX comes into Worlds 2020 with a stronger outlook than ever before. A roster lined to the brim with budding potential—captained by a veteran with a practical overflow of experience—puts DRX in a position to turn heads at Worlds. Whether the team can finally topple over the competition from its home region is an entirely different narrative. The narrative that DRX should be focused on is the one that distances the organization from the sins of its past.

The tainted memories of Longzhu’s early exit from the 2017 World Championship, as well as the underwhelming results from Kingzone DragonX in the years to follow, can be erased entirely by a team that no longer shares a name or a roster with any of its predecessors.

Perhaps that’s just the sort of exclamation point this twisting story of “almosts” and “what-ifs” deserves.