UYU’s foray into competitive Super Smash Bros. Ultimate with T came less than 12 hours after Maister joined Spacestation Gaming. Between Melee and Ultimate, T is the fifth top-level Smasher to join an esports team since the beginning of February. 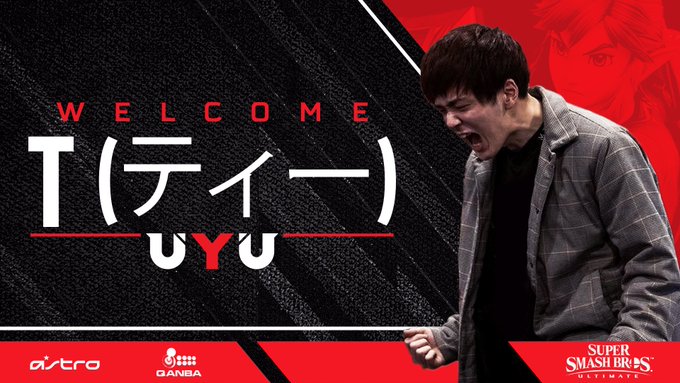 UYU’s T first rose to prominence back in Super Smash Bros for Wii U. Though Link was considered to be a low tier in that game, T still found great success with the character. He was the best Smash 4 Link main in the world, finishing as No. 46 on the PGR 100.

T maintained his status as the world’s best Link player going into Super Smash Bros. Ultimate. He finished at No. 47 on the Spring 2019 PGRU, Ultimate’s first global ranking. However, T ended up making a huge leap up the rankings during the Fall 2019 season.

T is currently ranked No. 15 in the world. He notably placed 5th at 2GG: Kongo Saga, along with other solid results in Japan. T boasted wins over Sota “Zackray” Okada, Samuel “Dabuz” Buzby, Takuto “Kameme” Ono, and Shuto “Shuton” Moriya.

Despite being No. 15 in the world, T is only ranked No. 11 on the Japan Player Rankings. This is a testament to Japan’s overall strength in Super Smash Bros. Ultimate. Though he finished outside of the top 10, T has still proven his ability to compete with the best in what is arguably the strongest region in the world.