Four teams will compete for the throne: the Atlanta FaZe, Dallas Empire, Chicago Huntsmen, and London Royal Ravens. The winner will take home $1.5 million, and the total purse is around $4.6 million. For the first time, the league has been organized along a city-based franchise model, like the Overwatch League that preceded it and professional sports franchises. Disrupted by the pandemic, this year’s physical events were canceled and everything moved online in April. I am frankly surprised that, given all of the events that have happened this year, this league is pushing toward a finish line with viewership that shows significant growth. Somehow, in a year full of Warzone and George Floyd and #MeToo, spectators found enough reason to watch a bunch of nerds play video games.

When the lockdown happened in March, the league took a pause. Physical esports was the biggest revenue generator for the industry, but it vaporized, hurting everything from ticket sales to merchandise stores. Without crowds to cheer on the esports pros in big stadiums, it looked like online-only esports events might turn out to be duds. But it has turned out OK.

“The season has been a wild roller coaster of a journey for all of us, but it’s been an awesome ride,” said Johanna Faries, commissioner of the Call of Duty League, in an interview with GamesBeat. “If you think about how many pivots we’ve had to make, we’re still seeing great growth.”

The most recent playoffs hit a peak of 156,000 viewers on YouTube, which Activision Blizzard named as the exclusive esports channel for the league in January for a reported $160 million over three years. The league’s YouTube channel recently surpassed a million subscribers. Big sponsors include companies like Intel, Mountain Dew, PlayStation, the U.S. Air Force, the U.S. Army, Twitter, and others. Faries expects this coming weekend’s event to be the biggest for fan engagement yet. 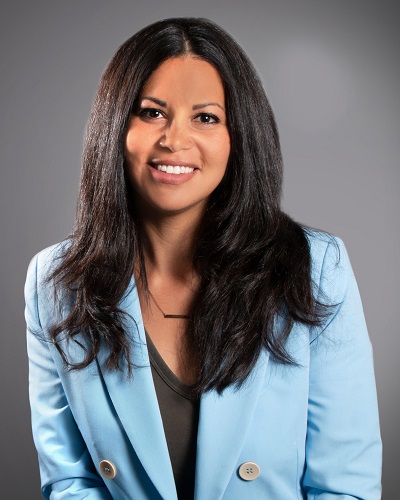 Above: Johanna Faries had to roll with the punches this season as commissioner of the Call of Duty League.

Cultural visionary Sheron Barber — who has designed for stars like Drake, Billie Eilish, Rihanna, Post Malone and others — is designing the elevated gaming throne as the trophy prize for the esports team that is crowned the champion. The throne will be made from formica with a titanium veneer finish, giving it a brushed metal and natural stone look.

The throne will be engraved with the championship date, names and player stats from the season. That sort of touch will help stir some excitement among fans who can’t be together with their favorite teams, Faries said.

The switch from physical to online-only hasn’t been easy in one respect. Hackers can attack the online-only athletes in their various locations, and cheating or lag problems are always a risk when players are spread out, rather than playing together in a single room. Hackers have tried DDoS attacks to derail the matches. That can be very disruptive, as lots of folks are betting in Las Vegas on how the matches are going to turn out.

Above: The CDL had a nailbiter match in its last playoff battle.

“Everybody’s really been thoughtful about it and really rigorous about how to take the right precautions across the board,” Faries said. “We continue to take every precaution possible to ensure that competitive integrity is preserved. Hopefully our matches are smooth and the broadcast experience will be as well.”

Another thing that disrupted the league this year was the death of George Floyd in Minneapolis, where riots broke out. In early June, the CDL had to postpone a series of online events that were to be hosted by the Minneapolis team, further disrupting a league schedule that had been already thrown off course by the coronavirus.

“We had statements come through from individual players and some of our team organizations and caster talent,” said Faries. “We are never blind to what’s going out in the world, and we do speak culture in many ways in that regard. It’s why we always want to be more than just an esport experience. We want to certainly be clued in. In light of George Floyd and all the things that have been happening in Minneapolis, we paid homage to all the great work going on not only locally to advance social justice work in and around that community, and to support Minneapolis on the ground. But all of our teams and players really effectively did their part. And it was a great collaboration. And I felt the league was really on the same page. We’ll always keep our eyes open to support our community and our players.” 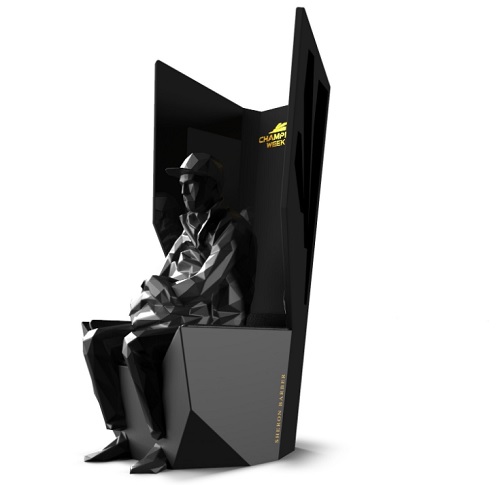 Above: The winner of the Call of Duty League will get $1.5 million and a throne.

The popularity of Call of Duty: Warzone, the battle royale mode that debuted in March amid the lockdown, has been amazing, with more than 75 million people downloading the free-to-play game. But Warzone is far different from the five-versus-five multiplayer gameplay of the Call of Duty League, which uses Call of Duty: Modern Warfare maps and modes for its tournament play. In Warzone, as many as 150 players go at each other until no one is left standing. In some ways, it feels like Warzone is the new pastime and Modern Warfare is the old one.

But Activision has been clear that Warzone has served as a gateway to Modern Warfare, as players who joined Warzone for free are upgrading to the full $60 game. And the Call of Duty League is benefiting from the cross-promotion within Warzone, Faries said, as Activision is advertising the esports event inside Warzone. And in another smart marketing stroke, the Call of Duty League announced yesterday that on Sunday during the peak of the event, Activision will randomly distribute 10,000 codes for the upcoming beta for Call of Duty: Black Ops Cold War. Fans will likely go crazy for a chance to be in the multiplayer beta for the game, which isn’t coming out until November 13. 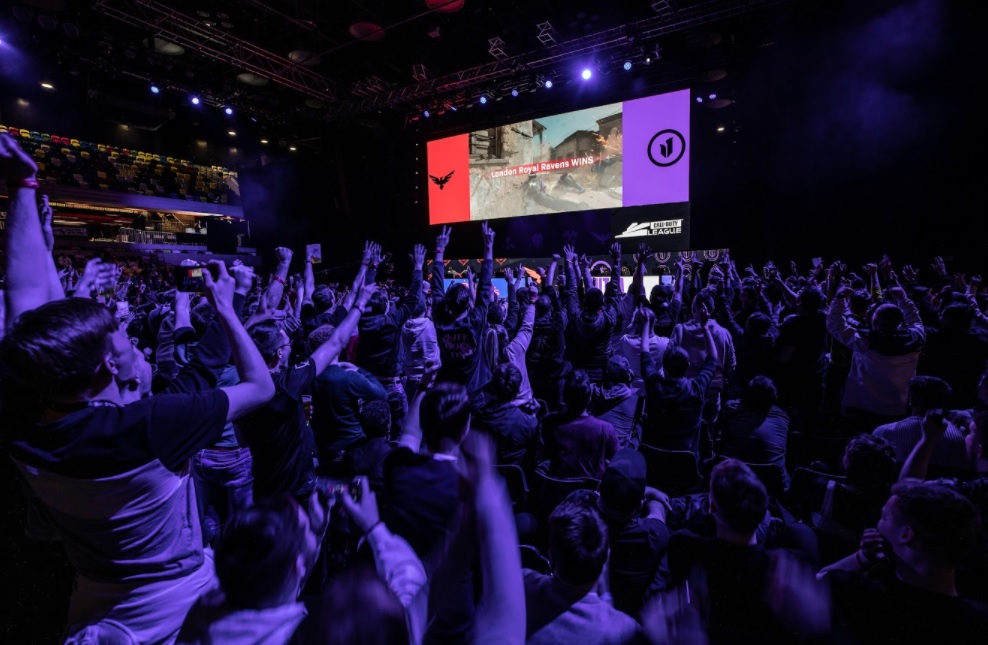 Above: Gone are the days of physical events for the CDL.

“There are many ways the CDL can continue to expand and to be relevant to different parts of our player base,” Faries said. “We try to jump pretty quickly on the groundswell of popularity. We were seeing back in March and April around Warzone’s release that it was popular. So we infused Warzone weekends into our pregame time slot, enabling our athletes to play before the live matches.”

That resulted in a lot of engagement with fans, who could see the best players fight seriously in Modern Warfare esports while relaxing and enjoying themselves with personality-driven play in Warzone, where players can do silly things like chop each other up with helicopter blades.

“Fans can see [athletes] in solos and duos and trios programming, where the stakes are much lower,” Faries said. “It was a chance for our pros to laugh at themselves and at each other. And with the codes for Cold War, we are really linking arms with the franchise team and thinking creatively about how we can set up rewards for the hottest new intellectual property coming.”

The league has seen some hiccups, as Activision decided to change the gun sight on a key weapon in the tournament game, the MP5, in the middle of the season. 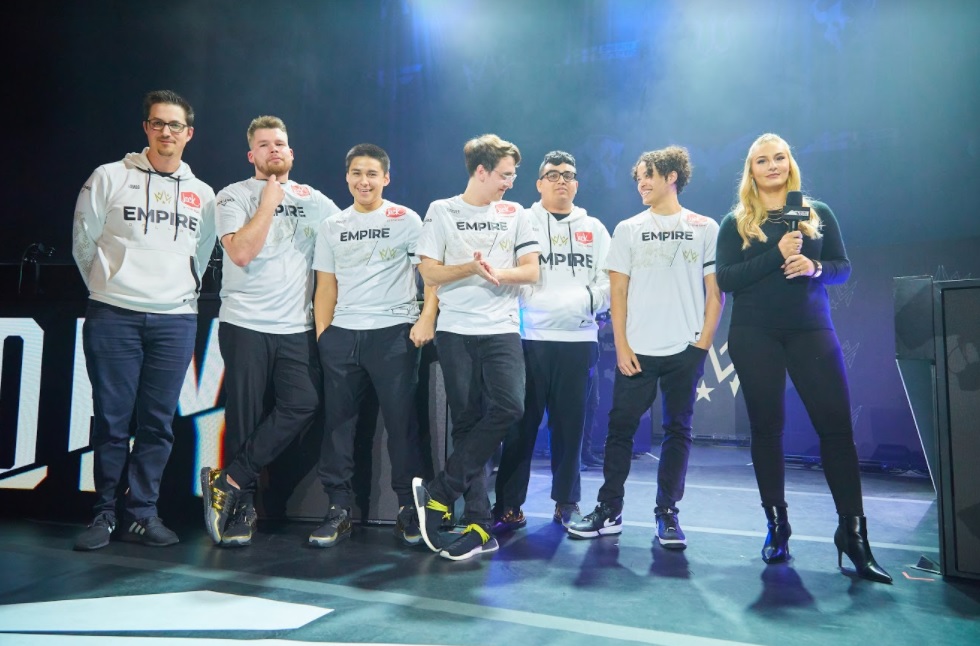 Above: The Call of Duty League switched to a city-based league this year.

How everything turns out this weekend will be important. After it’s done, Activision will turn its eye to launching Call of Duty: Black Ops Cold War. But since this is just the first season of the city-based franchise, Activision has to woo a lot of other teams to join and expand the league so that it grows, not only in the U.S. but overseas as well. Teams can pay a lot of money for the franchises, as we saw with the Overwatch League, where the upfront fee for joining the league rose to tens of millions of dollars. Faries said she is hopeful about expanding the league in places like Europe, where currently the London team is the lone franchise.

“When you have a city-based and geo-targeted model, you’re able to really galvanize fans not just on the sheer prowess of how good these guys are, but also because you have some regional pride on the line that you want to see play out,” Faries said.

The viewership this weekend will depend on the personalities of the players, and plenty of grudge matches will take place between veterans who want to hang out to their prominence as well as newcomer teams who are challenging them.

“We have human interest stories that we’re airing, and we have a personality-driven spirit in our league, and that’s something we consistently celebrate,” Faries said. “We love seeing them do the healthy smack talk.”