Gaming peripherals brand Razer has announced that its esports tournament series, the Razer Invitational, will make its debut in the Middle East.

The event, which kicks off on August 8th, will see players from the region compete in four separate week-long tournaments. The four titles selected for the Razer Invitational – Middle East are Call of Duty: Black Ops Cold War, VALORANT, PUBG Mobile and League of Legends. 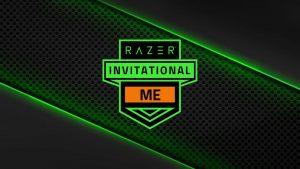 RELATED: BLAST teams up with Razer for Apex Legends event


Razer also revealed that the online event will have a total prize pool of $50,000 (£35,846). In addition, Razer products will be offered to winners of ‘side competitions’ and a cash prize will be given to tournament MVP’s.

Viewers voting for tournament MVPs will be entered into a draw to win Razer peripherals.

Yann Salsedo, Head of Esports for Razer EMEA, commented: “The Razer Invitational series is an inclusive space that gives all gamers the opportunity to take part in a large-scale online tournament and to experience the thrill of competitive play.

“Bringing the Razer Invitational series to the Middle East is a big step in cultivating the next generation of esports talent from the region. Featuring multiple titles allows more players, at every skill level, to compete and have their shot at glory.”

According to the press release, MENA players of all skill levels can sign up to compete in the Razer Invitational. Every event is free to enter and looks to provide opportunities for players to compete at an online event with the possibility of winning cash and hardware.


This is the peripheral brand’s second stop in the Razer Invitational Season 2021 calendar, with more events set to be announced later this year. The series concluded its North American section in June 2021.

Esports Insider says: Razer’s decision to take its esports tournament series to the Middle East will certainly provide a welcome boost to the region’s esports scene. The event provides players with opportunities that might not be made available otherwise. The announcement also continues to highlight Razer’s integration into the esports ecosystem.