The VERSUS ULTRA Series, set to commence in 2022, will feature a total of six teams with Lando Norris’s Quadrant announced as the first entry. 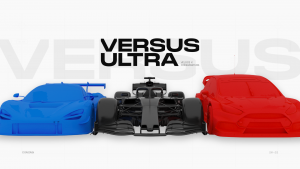 According to the release, the series will feature different stages that will take place across several Codemasters titles. It has yet to be confirmed which titles will be utilised, however, the developer’s portfolio includes DiRT, Project CARS, GRID, and the official F1 games.

Rupert Svendsen-Cook, CEO, Veloce Esports, commented: “We’re delighted and feel very privileged to be partnering with such an established player in the industry as Codemasters, to launch what we know will be the best racing esports league in the world.

“We have worked closely with Codemasters for some time, as a large part of our media network features their titles, so it made a huge amount of sense to work together on this project.”

More information regarding the format and team announcements are expected to be revealed in the near future. Nevertheless, Veloce has cited that ‘global esports teams’ will participate for the inaugural VERSUS ULTRA Cup.

Toby Evan-Jones, Codemasters’s Head of Business Development, added: “The VERSUS Ultra Series is an exciting new format which creates both action-packed content and the opportunity for our players to compete with their heroes from the real and virtual racing worlds. Codemasters’ expertise in delivering world-leading racing titles makes us the perfect partner for Veloce.”

Esports Insider: As sim racing continues to develop as an esports scene, it’s crucial that more initiatives are put in place to provide high-quality competitions. The VERSUS ULTRA Series is certainly an exciting prospect and having an organisation such as Quadrant involved is a good start.