With the relaunch of VP.Prodigy, Virtus.pro once again demonstrates its belief in the value of investing in youth. “We are always taking chances when working with youth rosters. It’s crucial to find talented players who are passionate about CS:GO,” CS:GO Branch Manager Mikhail Artemyev stated.

But it’s not just about finding new talent for the team. “Our main goal is to help the players reach their full potential,” he said. The team wants to help build up the players’ careers while making sure that they have a positive experience with the organization. “We don’t want the potential pressure from the competitive scene to prevent them from enjoying the game,” Artemyev added.

The new VP. Prodigy CS:GO roster is composed of

RuFire testified that they were not only looking for skilled players but for players with non-conflictual attitudes. “Our current roster clicked right away. We have a good chemistry and we know what our main goals are. We’ll do our best to prove ourselves.”

The team also wanted to develop the brand, so they launched separate social accounts for VP.Prodigy. Fortnite: Where To Upgrade Weapons In Season 6 Dota 2: Heroes To Watch Out For In The Singapore Major

ESTNN looks at the heroes who could be popular picks in the upcoming Singapore Major. ESTNN walks you through all of the crafting options in Fortnite Season 6. Epic Games 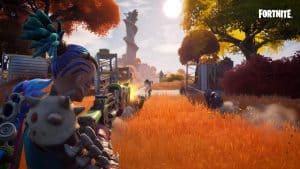 Crafting in Fortnite Season 6 – Everything You Need To Know

We take a comprehensive look at the new crafting system in Fortnite. After Fortnite’s dramatic