As a child of the ’90s, I grew up in an era where everyone had the internet, but it wasn’t so all encompassing. Much of my young life was spent on online portals and in adventure games based around unlocking new areas, solving puzzles, and collecting rewards. These games could be online portals based around opening a dinosaur museum, or entertainment focused experiences like the Pajama Sam series or my carefully curated Neopets collection.

Nearly two decades later, I found myself surprised at a new project that held the DNA of my childhood. Adventure Academy, a new game for kids aged 8-13, draws from the curated experiences and portals of the ’90s. That setting is combined with the design of MMORPGs and modern games-as-a-service, and its fascinating to see how a game built specifically for kids has evolved with the gaming landscape of 2019.

At first glance, Adventure Academy draws on the same familiar UI and layout of a modern-day, World of Warcraft-era MMO. The setting is immediately familiar, drawing on the fantasy of a mysterious, enchanted boarding school, a la Hogwarts. The way players interact with and navigate the world is done through the lens of modern design, but the world itself and the players’ goals come much closer to the portals and platforms of an earlier era.

Players start out with custom character creation — hair style, color, eye color, and so on. Once a player has entered the game, they’re treated to the same sort of early experience that one would play in a World of Warcraft-era MMO that explains activities like accepting quests, finding objectives, talking to NPCs, harvesting, crafting, and the player economy. 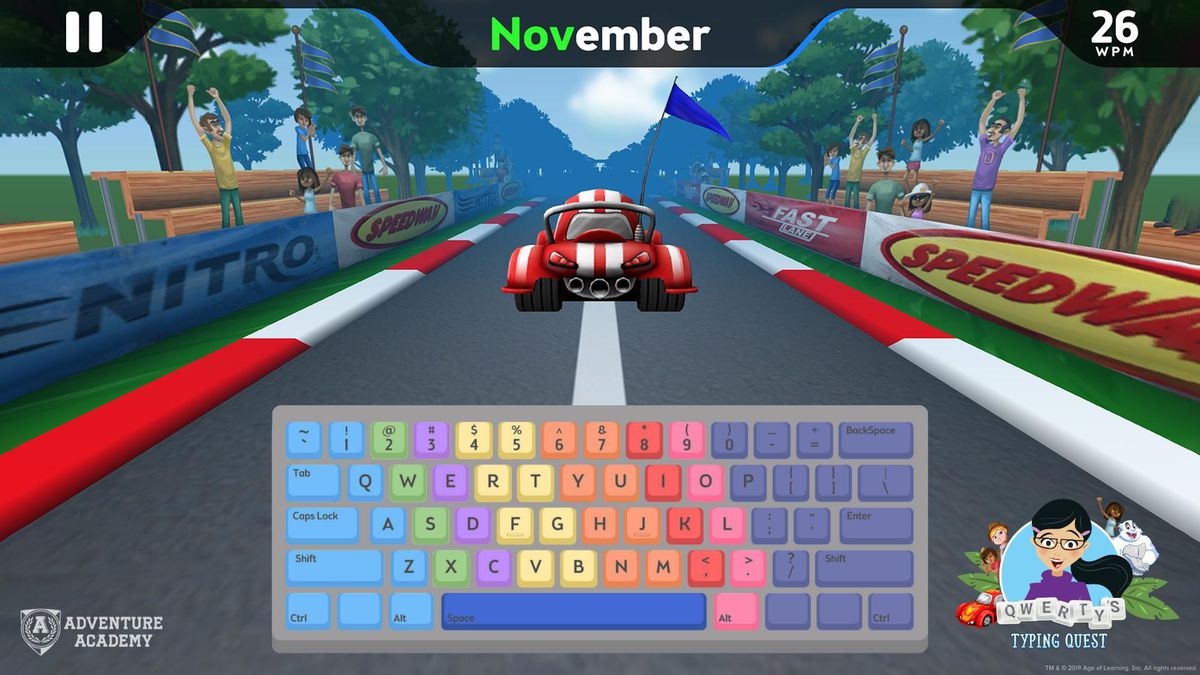 While the player is tasked with collecting and unlocking a library of goodies, there are no microtransactions in Adventure Academy. The developer, Age of Learning, avoided mechanics that could be exploitative or dangerous for young users. Not only is there only one subscription cost, but there are multiple tiers of social moderation that players can opt into, and manual, human-driven moderation on text chat to ensure a safe environment.

As players level up, the rest of the game opens up. At level 6, there’s player housing. Each level unlocks new avatar and home cosmetics, and show them off in social environments with other players. Some cosmetics can only be unlocked by completing story quests wherein players are tasked with uncovering the history and mystery of the titular Adventure Academy.

Sure, players advance by learning about science and history, but the connective tissue holding all of this together is far more similar to the heyday of Neopets or a cluster of connected progression systems like Battle for Azeroth than your traditional edutainment title. The games-as-a-service update model also allows Age of Learning to jump on topics quickly as they enter the spotlight, like the recent images of a black hole captured for the first time.

Adventure Academy is able to create an ongoing social platform, especially thanks to cross-platform play. Players are able to connect and show off the fruits of their labor — a perfectly organized home, or a special hat earned through completing challenges.

The developers at Age of Learning come from a wide variety of backgrounds. The president of production, Alex Galvagni, has a history with MMORPGs like Lord of the Rings Online and Dungeons and Dragons Online, as well as experience as a NASA engineer. Executive producer Kevin Beardslee was one of the original creators of World of Warcraft and moved onto Wildstar. Joel Kupperstein handles the curriculum of Adventure Academy, thanks to his background in teaching and educational technology.

This allows the developers to set up the framework of an MMO quest, but then rip out the part where the player is tasked with killing seven boars or collecting 12 spider legs. Instead, players get to complete science activities, read a book, or explore a new area. 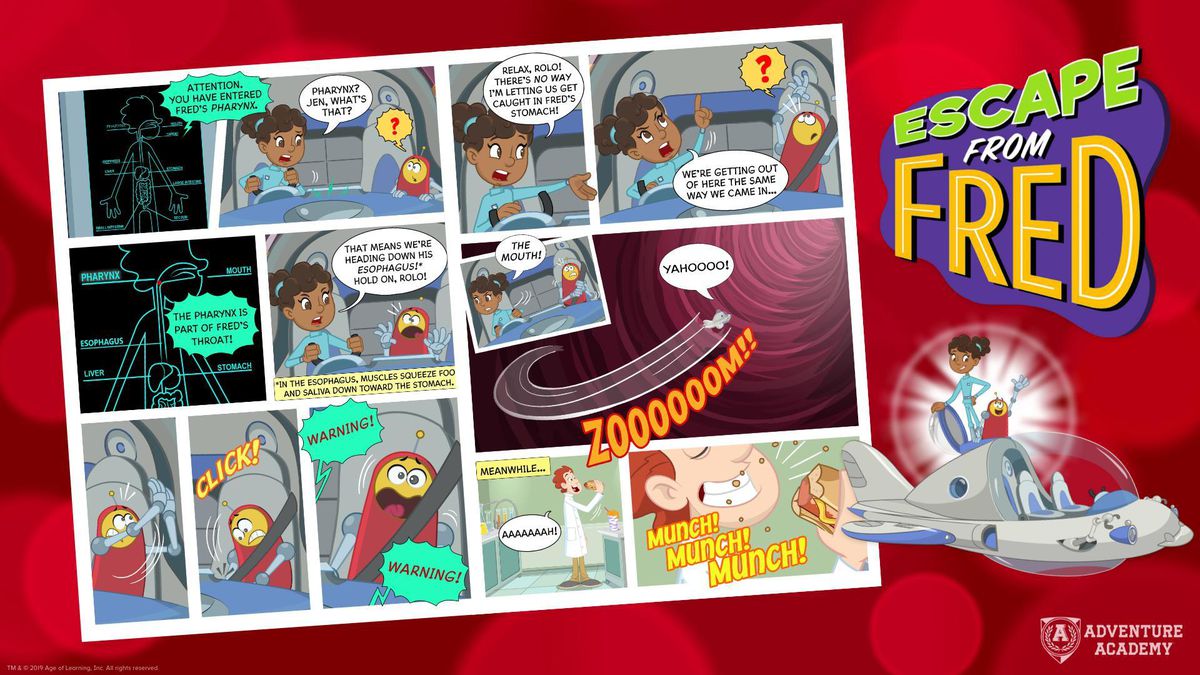 As for why Age of Learning chose the MMO as an ongoing platform over a newer, flashier genre like, say, the battle royale, the developers looked to the elements of current games as a service that connect with the kids in their lives. They believe battle passes, daily rewards, and ongoing, ramping challenges connect more with the kids in their life than the core gameplay loops. By integrating those features, along with MMO design they’re intimately familiar with, they’re able to hopefully create a compelling game as a service for kids.

They also looked at what kids want from games, and a large part of that is agency and control. A MMORPG is built around customization and teamwork, and those are two things that kids in the 8-13 bracket tend to enjoy.

Of course, another benefit of the genre is the ability to continue adding content post-launch, like new areas or quests over time. This will be less of a traditional MMORPG approach, with themed expansions, and more of a steady, smaller dose of new content and challenges.

As for a traditional MMORPG-style endgame, players in Adventure Academy won’t be raiding Molten Core or grinding nature resist. Instead, they’ll be hanging out in social hubs and showing off a sick hat they earned. It’s an interesting take on an old formula, and Adventure Academy manages to merge two distinct genres of game and create something new and interesting out of that marriage.

Adventure Academy has a subscription model of $10 per month, and is available on Android, iOS, Mac, and Windows PC.