It’s hard to discuss Aira’s FreePower technology without mentioning the product that inspired it: Apple’s AirPower. Previewed at a September 2017 media event, AirPower was supposed to take Qi wireless charging to the next level, freeing it from annoyances such as precise device positioning. But after years of development challenges, Apple canceled AirPower, while Aira kept working to make FreePower a reality.

Now FreePower is about to ship in its first commercial product, Base Station Pro, an evolution of Nomad’s popular series of multi-device wireless charging pads. While the industrial design looks familiar — a leather top surface with a heavily weighted anodized aluminum chassis — there’s a huge difference in how the new Pro model works. Thanks to FreePower, you just drop any Qi phone (or two) and wireless charging earbud case wherever you want on the leather, and they charge. There’s no thinking or fidgety positioning required; it “just works.” And if you place glasses, keys, or other non-Qi items on the same pad, they’re safely ignored.

Aira explains that it became obvious after Apple’s AirPower announcement that “all devices” will charge this effortlessly in the future, but someone had to develop the actual technology to make it possible. With no tie to Apple or inside knowledge of its engineering efforts, Aira built FreePower from the ground up, developing its hardware, software, and chipset in house — with 30 patentable innovations inside a board that’s only six millimeters thick. Assuming Apple doesn’t magically resurrect AirPower in the next couple of weeks, FreePower will be first to market.

Between a deep dive with the Aira/Nomad team and a weekend of hands-on testing, I had the opportunity to really learn what makes the FreePower technology tick, and where it’s going next. The short answers: FreePower’s Qi coil grid lets it locate multiple devices wherever they may be, and direct wireless power to them individually, automatically delivering either 5-watt or 7.5-watt power based on each item’s recharging capabilities. And because the solution makes recharging effortless for users, Aira expects to see it in lots of different form factors.

While Base Station Pro packs a matrix of 18 Qi coils into a roughly seven-inch-wide accessory — a design the companies liken to the “Tesla Model S” due to its premium finishes — Aira is already working with partners to bring the tech to larger charging pads that will sit flush inside coffee shop counters, desks, nightstands, and cars. It’s not the only company with this vision, but FreePower is much thinner and far less position-dependent. Nomad is also working on smaller versions that will bring true positional freedom to one or two devices, rather than three. 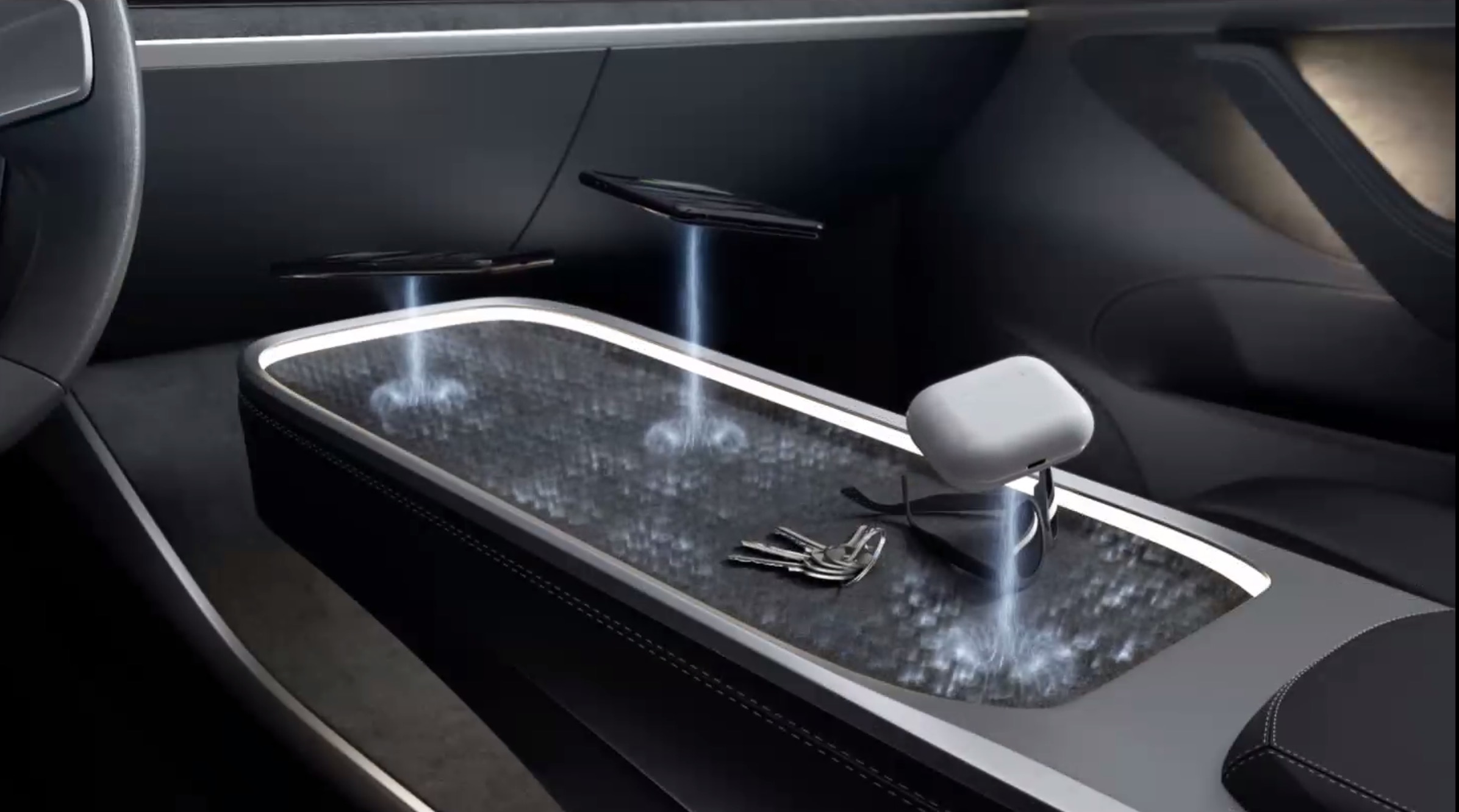 I placed Pro on my nightstand, replacing another wireless charger, and the experience was quantifiably better in almost all regards. What used to be a 5-10-second alignment process for each device just disappeared; FreePower truly is a drop-and-go solution. Every time I came back to my iPhone and AirPods Pro in the morning, they were ready to go, and I had the same experience when testing with an iPhone and a Pixel 4. That said, if you’re the type of user who actively monitors the charge levels of your devices to see how quickly they’re refueling, you might find the initial release of FreePower’s software a little buggy — putting AirPods on the pad could slow the iPhone’s charge speed below its peak. Aira says a firmware update will address the issue before the unit ships, but if it doesn’t, you can pull your AirPods off the pad when they’re done charging.

One of the most surprising details Aira noted during our discussion: Despite its complexity, the FreePower design is power efficient to a level that people wouldn’t expect, cutting idle power draw by 80-90% compared with typical multi-device chargers. That means you’re not going to rack up crazy electricity bills just by leaving a matrix of 18 Qi coils plugged into the wall. It also means you might have unknowingly been doing just that with your prior charger, as it might jump up to 2.3 watts to look for devices, versus FreePower’s system, which pings devices much faster, and at only 1 watt. 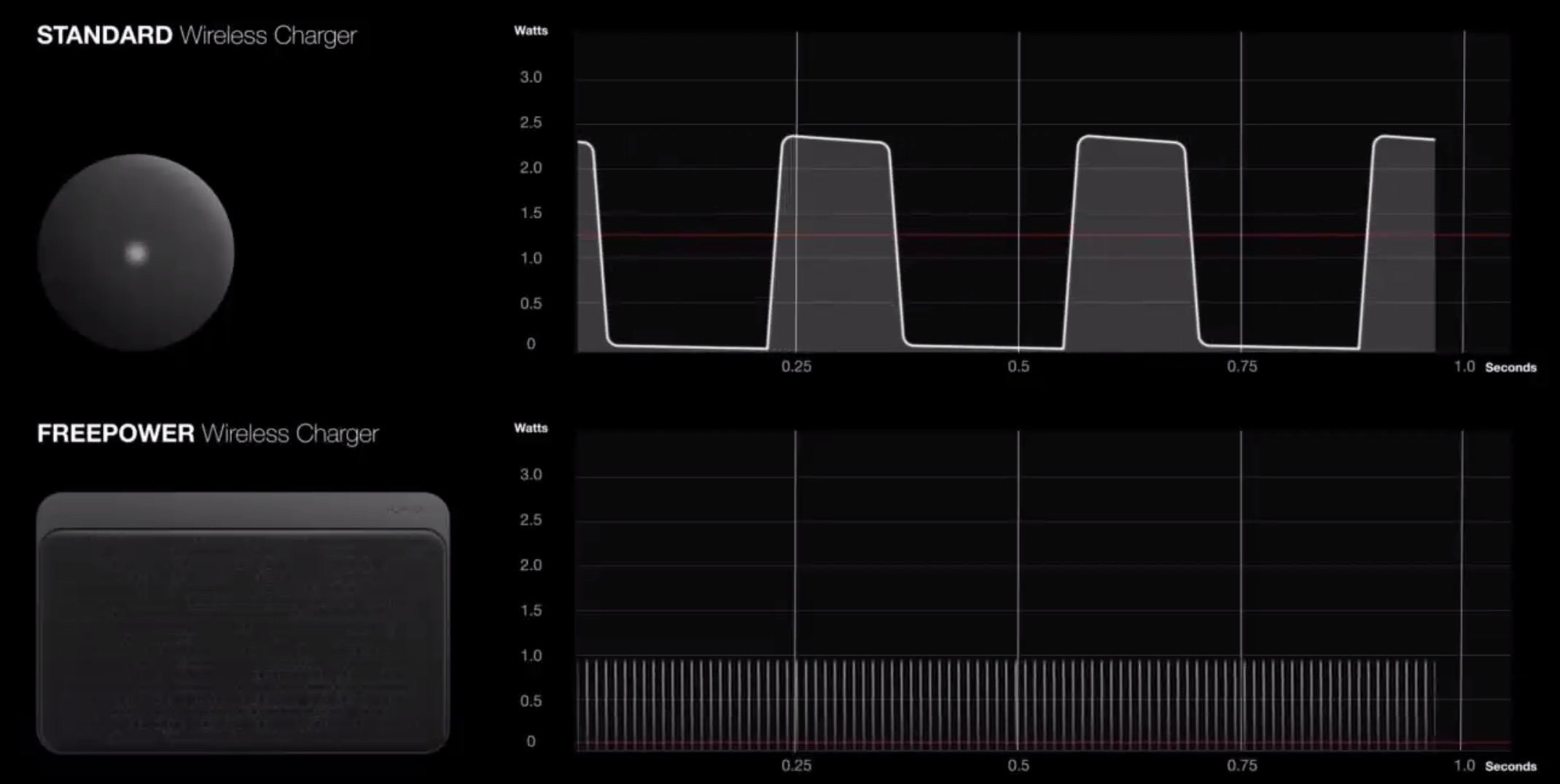 The only bummer with Pro: Unlike AirPower, which promised to recharge Apple Watches, FreePower doesn’t support Apple’s proprietary Watch charging system. That means using the wearable’s self-supplied puck or a separate stand — until Nomad releases a new version with a separate space for the charging puck, which won’t happen until next year.

Nomad’s Base Station Pro preorders are open today for $229.95, and units will ship in late September. Each Pro includes a USB-C wall charger and a fabric pouch with three international wall plug adapters, but it can be plugged into a USB-C laptop or desktop computer port if you prefer.