Today marks the 15th anniversary of Google Maps, a service that’s now used by over 1 billion people around the world every month. From humble beginnings in geospatial visualization and traffic analysis technologies at Keyhole, ZipDash, and Where 2 Technologies, it’s become one of the largest projects at Google with over 7,100 employees and contractors directly contributing. The enormity of Google Maps’ corpora arguably justifies the breadth of the effort — Google has mapped more than 200 million places (6.5 billion of which users have bookmarked) across 220 countries to date and adds over 20 million photos, reviews, ratings, and other pieces of content from users every day.

Some other mind-bending stats? Google Earth, which brought 3D views of the planet to the desktop in the early 2000s, now features more than 36 million square miles of images. Not to be outdone, Street View’s more than 170 billion panoramic images cover over 10 million miles. Local Guides, a community of Maps users who contribute reviews and more, has more than 120 million members. Maps includes accessibility info (like wheelchair-friendly entrances and restrooms) for more than 50 million places around the world. And more than 5 million websites and apps use Google Maps Platform every week, a set of APIs and SDK that let developers integrate Maps with existing apps.

In celebration of the milestones, Google today announced new features heading to Google Maps on the web and mobile (specifically Android and iOS). It also previewed updates to Live View, the turn-by-turn direction service that launched in summer 2019, and to Maps’ public transit view. And it unveiled a new pin-shaped Google Maps icon that “reflects the evolution [Google’s] made mapping the world.”

“Needless to say, a lot has changed. In the beginning, we focused on answering the question: ‘How do I get from here to there?’” Google Maps senior vice president Jen Fitzpatrick wrote in a blog post. “Over time, our mission has expanded from helping you navigate to also helping you discover the best places to go and things to do once you’re there. As we celebrate our birthday this week, we’re reflecting on how the definition of what a map can do has broadened, and how machine learning will propel us forward from here.”

A new tab-based interface will begin to roll out to Google Maps on Android and iOS starting this week, organized around five categories: Explore, Commute, Saved, Contribute, and Updates.

In the Explore tab, you’ll find information, ratings, reviews, and more about nearby attractions and notable landmarks. As for the Commute tab, it’ll show real-time traffic updates, travel times, and alternate route suggestions for commutes you’ve set up. The Saved window is where you’ll see restaurants, museums, and other venues you’ve saved, and where you’ll be able to organize upcoming trips and share recommendations based on visited places.

Above: The new five-tab Google Maps interface on mobile.

From the Contribute tab, you’ll be able to share details about roads and addresses, missing places, business reviews, and photos if you so choose. And the Updates tab will surface editorially curated hotspots from local experts and reviews publisher the Infatuation (which bought Zagat from Google in 2018) and let you ask questions of local businesses.

Starting in March, for some municipal transportation agencies in select regions globally, Google Maps will show insights about public transit — including bus, train, and subway routes — based on information contributed by past riders.

For instance, Maps will show whether users thought a ride’s temperature was on the colder or warmer side and which transit lines have staffed assistance and accessible entrances, as well as which lines have accessible seating and stop-buttons or high-visibility LEDs. Additionally, the app will spotlight transit options with designated women’s sections or carriages and security onboard (like security cameras, guards, and helplines.) And in Japan, it’ll allow you to pick routes based on the number of train carriages to increase your chances of getting a seat.

These new attributes will come courtesy of short surveys distributed via Google Maps, and they’re only the latest information Google has opted to crowdsource from users.

In June, the company announced that it would launch “crowdedness predictions” in roughly 200 cities around the world, following similar predictive features that leverage data passively from Android devices that have “location history” enabled on their phones. For example, Google Maps can predict how busy the parking will be at your destination, and it shows live arrival times for buses from data provided by local agencies. 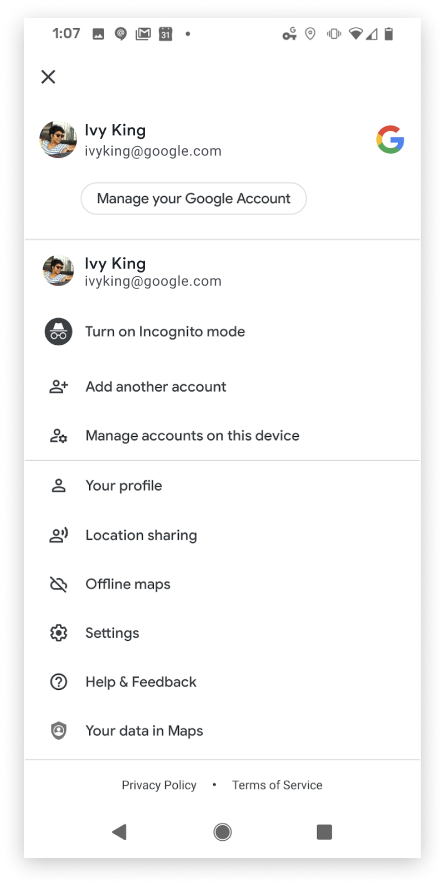 Of course, crowdsourcing has its downsides. Last year, a Wall Street Journal report concluded that there are millions of fake listings on Google Maps, which have since been removed by Maps’ moderation team. In response to this and other controversies relating to user-submitted content, Google has at various points shuttered public map editing tools and introduced new Maps moderation features.

The AR feature in Google Maps that Google first demoed more than a year ago — a heads-up mode called Live View that provides directions from phones’ cameras in real time — came to compatible iOS and Android devices late last year after an extended beta period. Tapping the Start AR button kicks off Live View navigation, and holding up the phone reveals arrows, indicators, and a live map that guides you to your final destination.

Live View hasn’t changed much since, but Google says it’ll “expand” with new capabilities in the future. Specifically, over the coming months, Live View will begin to offer “better assistance” whenever you’re searching for a place. It’ll show how far away and which direction the said place is, with other enhancements to be revealed at a later date.

As before, the improved Live View will require an ARCore- and ARKit-supported smartphone and will only work in countries where Google Street View is available. That’s because it must first create a map by taking a series of images that have a known location and analyzing them for key visual features, such as the outline of buildings or bridges, to create a large-scale index of those visual features. To localize a device, it obtains a GPS location and compares the features in imagery from the phone’s camera to those in the index, and it uses machine learning to prioritize features that are likely to be permanent parts of the scene while ignoring things like dynamic light movement and construction that are likely transient.

Google said that AI techniques have also accelerated the rate at which the Maps team is able to add roads and buildings to Google Maps’ data set. For instance, it partnered with Google’s data operations team to manually trace common building outlines and train models to recognize edges and shapes. Thanks to this technique, the Maps team says it’s mapped as many buildings in the last year as it did in the previous decade.

Elsewhere, AI is helping to recognize handwritten building numbers that would be hard “even for a passerby in a car to see.” In Lagos, Nigeria alone, AI enabled the Maps team to add 20,000 street names, 50,000 addresses, and 100,000 new businesses.

And on the transit side, Google Maps uses AI algorithms to make accurate bus delay forecasts. Data on bus locations from transit agencies, as well as factors including location, day of the week, the time of day, mileage, anticipated stops, and reductions in speed, make it possible for Maps to provide predictions without needing to rely on published schedules.

A new Maps logo is the cherry on top of today’s announcements. Going forward, the visual shortcut to Maps on mobile and the web will feature a multicolored pin representing “the shift [Google has] made from getting you to your destination to also helping you discover new places and experiences.” Also, to signify Maps’ birthday and for a limited time, drivers who navigate with Maps will see a party-themed car icon.

Above: The new Google Maps icon.

“When we set out to map the world, we knew it would be a challenge,” said Fitzpatrick. “But 15 years in, I’m still in awe of what a gargantuan task it is. It requires building and curating an understanding of everything there is to know about the physical world, and then bringing that information to people in a way that helps you navigate, explore and get things done in your world. The real world is infinitely detailed and always changing, so our work of reflecting it back to you is never done.”