The next Fire Emblem Warriors game is officially on its way. The game is set in the fantastic world of Three Houses, Fire Emblem's most successful title yet.

The announcement trailer already confirms several major characters. Currently confirmed are Byleth, Sothis, Hubert, and the leaders of each house, Edelgard, Dimitri, and Claude. But Three Houses is loaded with interesting characters from each house. It seems like everyone who plays the game has a different favorite amongst the dozens of students and soldiers on the roster you're trying to keep alive. While it's unknown how many from the Three Houses roster will be playable in Three Hopes, here are some that would be amazing fun to hack and slash with. 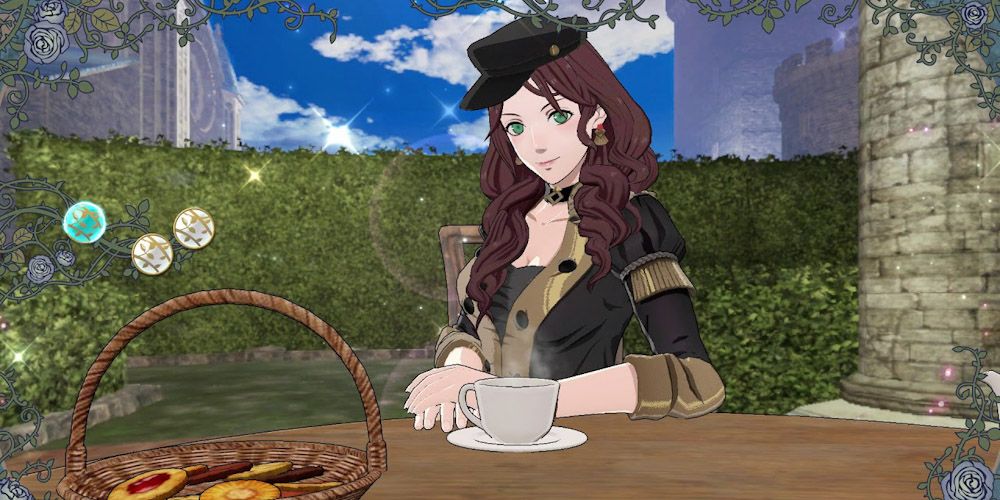 Dorothea is more or less the icon of cosplayers from Three Houses. Not long after the game's release, the Instagram accounts of hundreds of influencers were filled with people imitating Dorothea's beautiful look. Clearly, fans so enamored with a character such as her would be more than happy to see her make a new appearance in Three Hopes.

Generally, Dorothea doesn't wield any physical weaponry unless you build her in an interesting way, so she would have to rely solely on magical attacks – which is unusual for a game so focused on hack-n-slash gameplay but opens interesting possibilities 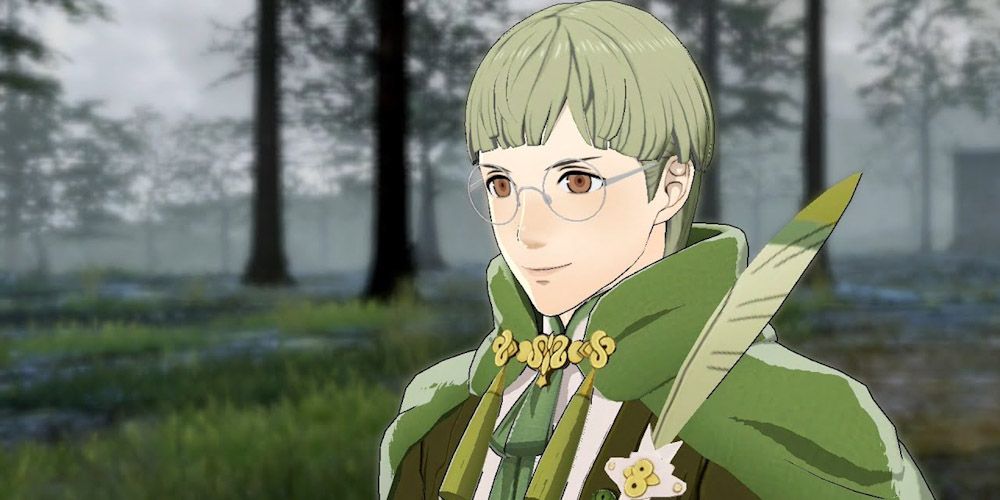 Ignatz is the little nerd who could. Beginning as the timid, awkward kid with limited bow skills, he transforms into a capable fighter in the second half of the game for anyone who has him recruited to their roster.

His superficial transformation from an awkward teenager to a more capable adult in the time skip is the kind of glow-up other nervous adolescents dream of. His abilities with bows, gauntlets, and swords would make him an interesting playable Three Hopes character as he quickly and stealthily slashes his way through the enemy hordes. 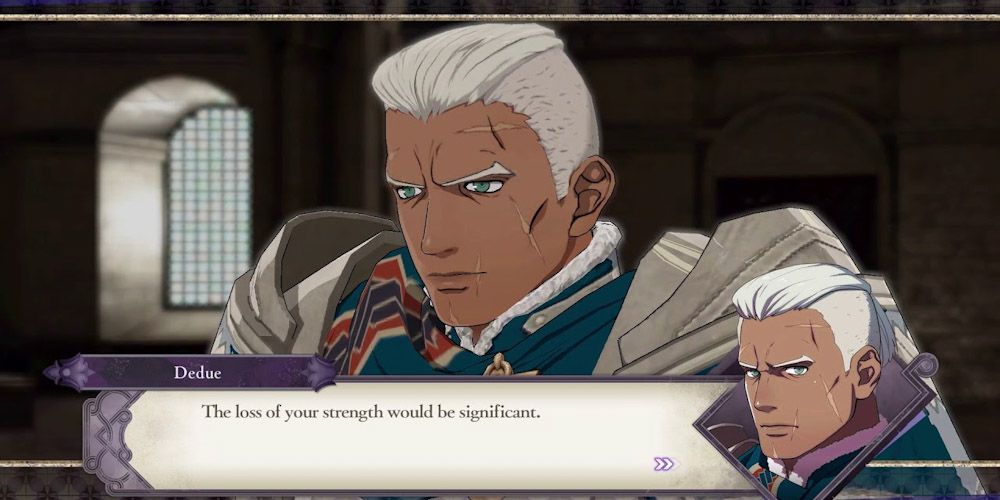 Every house leader in Three Houses has a loyal follower at their right hand. After seeing Hubert, Edelgard's enamored right hand, in the trailer for Three Hopes, it's only natural to assume Dimitri's right-hand Dedue will be bringing his bulk to the battlefield as well.

He's a lovable giant and a favorite of anyone who chose the Blue Lions in Three Houses. Being a powerful warrior with a shield and lance in Three Hopes would certainly suit the character well.

When you think of a game that foregoes the thoughtful one-on-one battles of traditional Fire Emblem for an experience that sees you cutting down waves of enemies like their butter, you're not wrong to assume Catherine is the perfect character for the role. 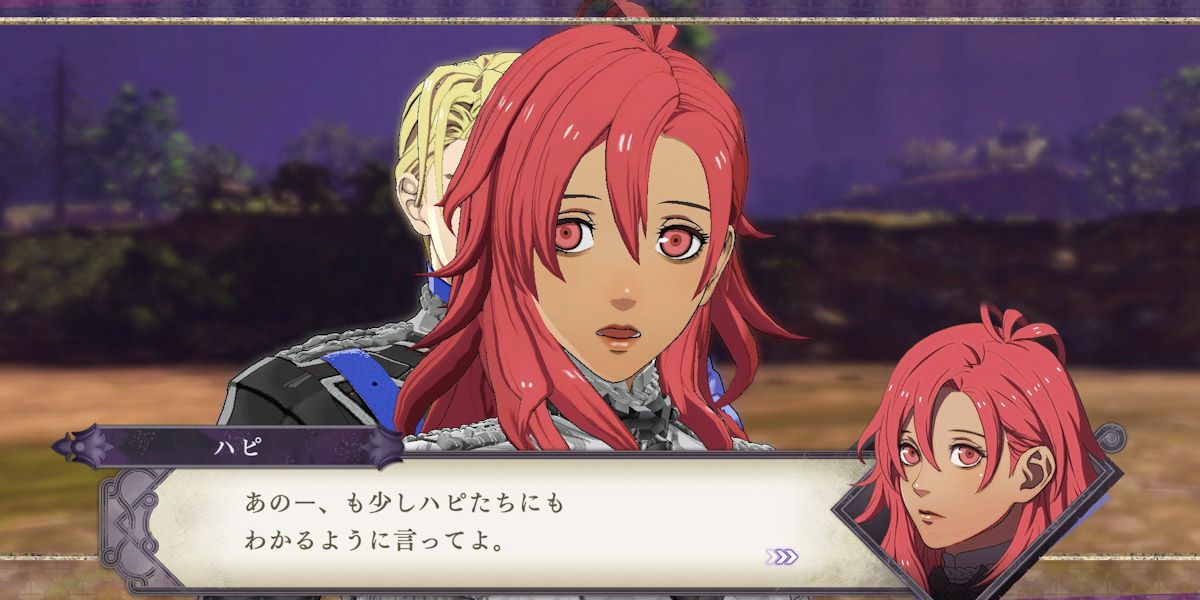 The DLC that introduced the Ashen Wolves house came with four new characters that did not disappoint. It's more likely that we'll see non-DLC characters in Three Hopes before seeing any Ashen Wolves, but Hapi would be the most interesting addition if there are any present.

An underutilized feature of her character in Three Houses is her ability to summon monsters whenever she sighs. It's something that makes no impact on the game beyond her initial recruitment mission, so putting her in Warriors could be an opportunity to see that ability utilized in more interesting ways on the battlefield.

The axe-wielding, lackadaisical Hilda is a fan-favorite of Three Houses. The nonchalant way she cuts down everyone in front of her makes her one of the funniest and most powerful characters in the game.

Out of everyone on this list, Hilda seems most obviously like she'll be playable within Three Hopes. Due to both her prevalence within the Three Houses story and her popularity amongst the fanbase. Of course, it's less of a desire and more of a need to see her riding a Wyvern and slashing at enemies. 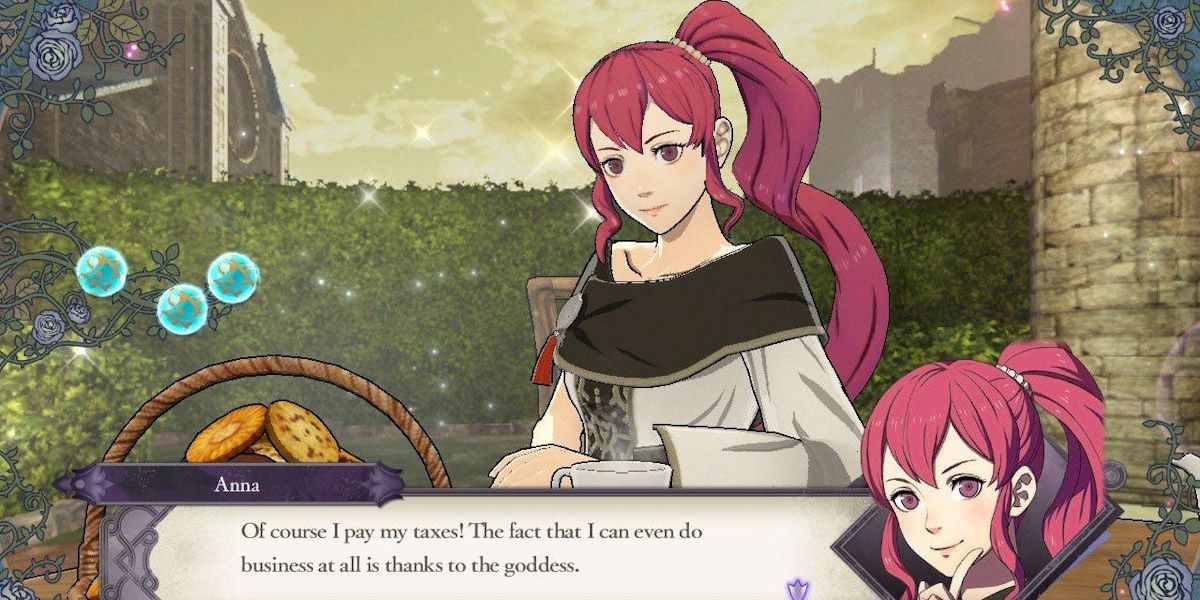 Would it truly be a Fire Emblem game without Anna? Anna was a playable hero in the first Fire Emblem Warriors, and after being a playable character in Three Houses, it's only natural she'd make another thrifty appearance in Three Hopes.

Anna seldom serves any plot purpose. After over 30 years of Fire Emblem, she's more of a recurring gag everyone's fallen in love with than someone that ever makes a difference in the story. Still, Fire Emblem just wouldn't feel the same without Anna's consistent presence and need to grift. 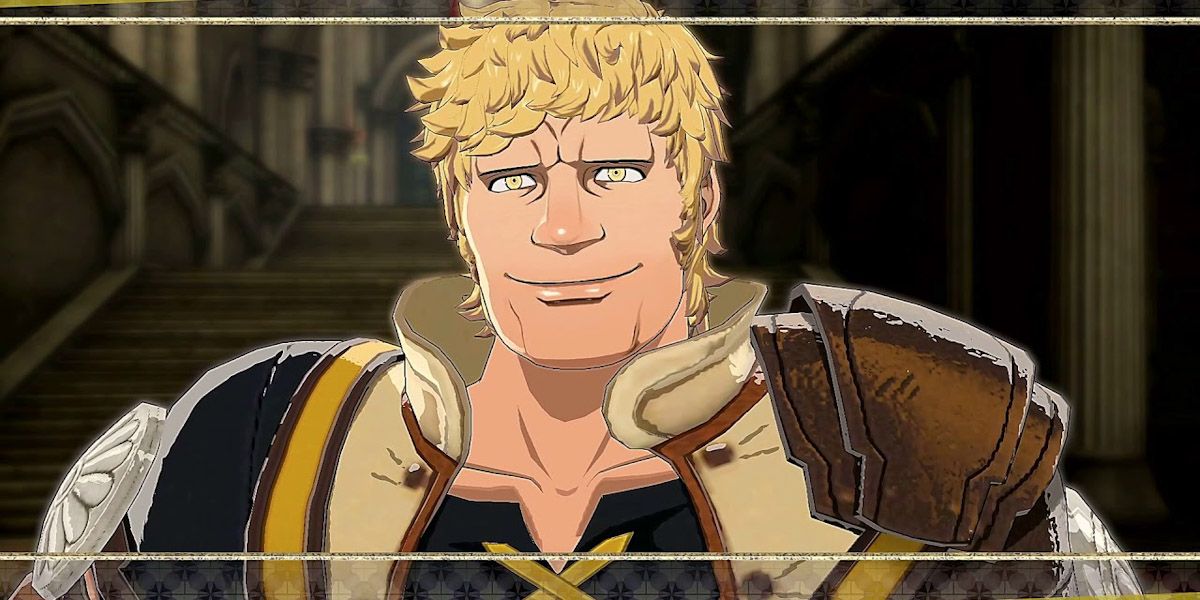 Three Houses introduced the Brawler class and gauntlet weapon into the Fire Emblem franchise. It would be a perfect fit in a game like Fire Emblem Warriors, and where there are gauntlets to punch with, there's a need for Raphael.

Three Houses is a game of mixed moralities. A game that seeks to show the mixed bag of honest intentions and misguided convictions that play into all sides of a war. Amidst a cast of characters that can be adored and criticized in the same sentence, Raphael might be the only truly good person down to his core. It's only natural to want him back and hitting as hard as possible in Three Hopes. 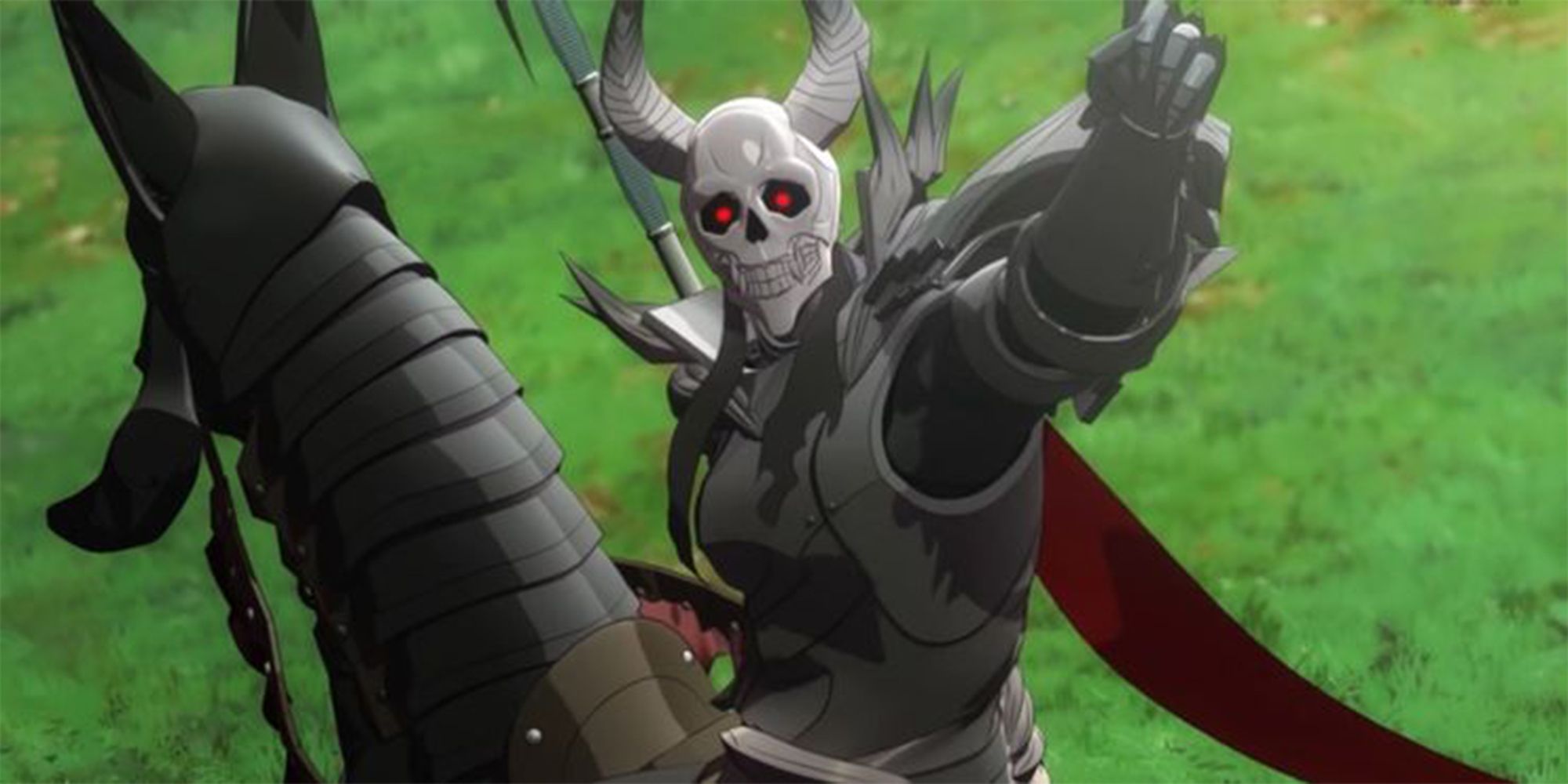 A game like Fire Emblem Warriors can only be enhanced by including the lethal and stoic Death Knight, AKA Jeritza. Jeritza is an enigma of a character who initially wasn't playable during Three Houses' release.

An update enabled him to join your party after picking a certain path in the story, though, and this opens up a lot more understanding of the character who otherwise almost entirely disappears into his silence and black skull helmet early on into the game. He'd be a terrifying and almost certainly overpowered addition to the playable characters in Three Hopes with no shortage of useful skills. 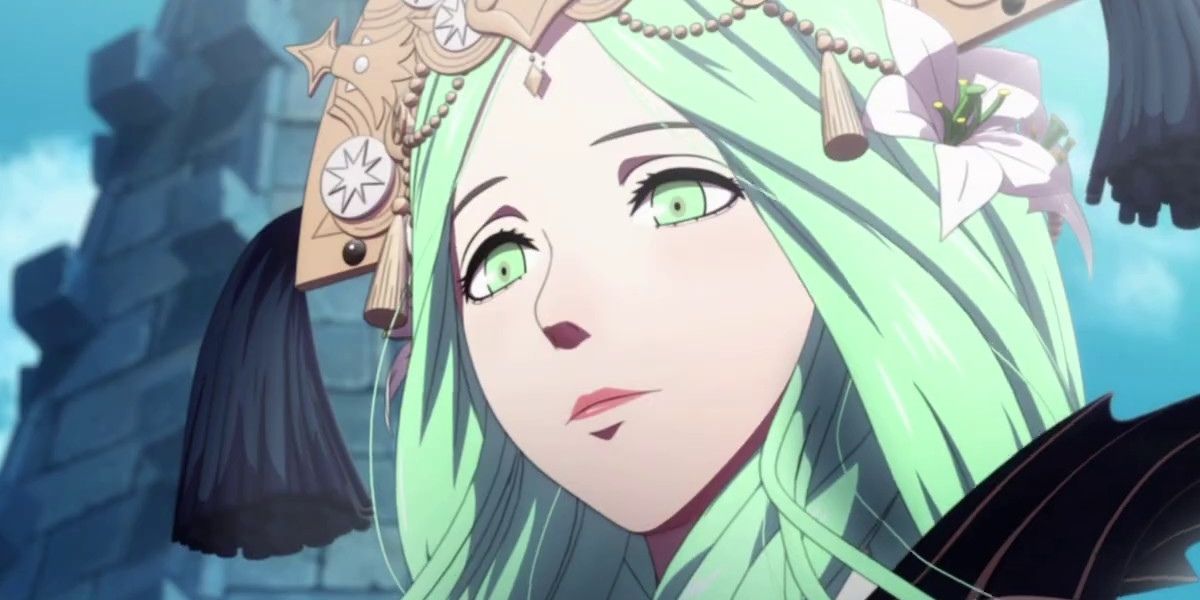 It's unlikely we'll see Rhea as a playable character in Three Hopes, but very likely, she'll play a large role in the story. As the Pope-like figure of the Three Houses story, she's a cornerstone of many other characters' motivations.

The Three Hopes story is supposed to be fairly different from the story of Three Houses, but Rhea's too important to not play a major part regardless. It would be interesting to see the possibility of playing as her, with her interesting mix of cleric and ancient dragon abilities.