Let's face it, memes (or as my aunt calls them, "meh-mehs") are a dime a dozen these days. They're practically the second language of the internet. Yet, pop culture moves so fast that we never get tired of them.

One sub-genre of memes that I see a lot is gamer memes. Of course, gamers are avid meme consumers! Our community always has pointed opinions and a lot to say. And since I enjoy a good meme roast, I wanted to take a stab at the artform. So, I took a deep dive into gaming's quirks and inside jokes to concoct some signature dank memes! 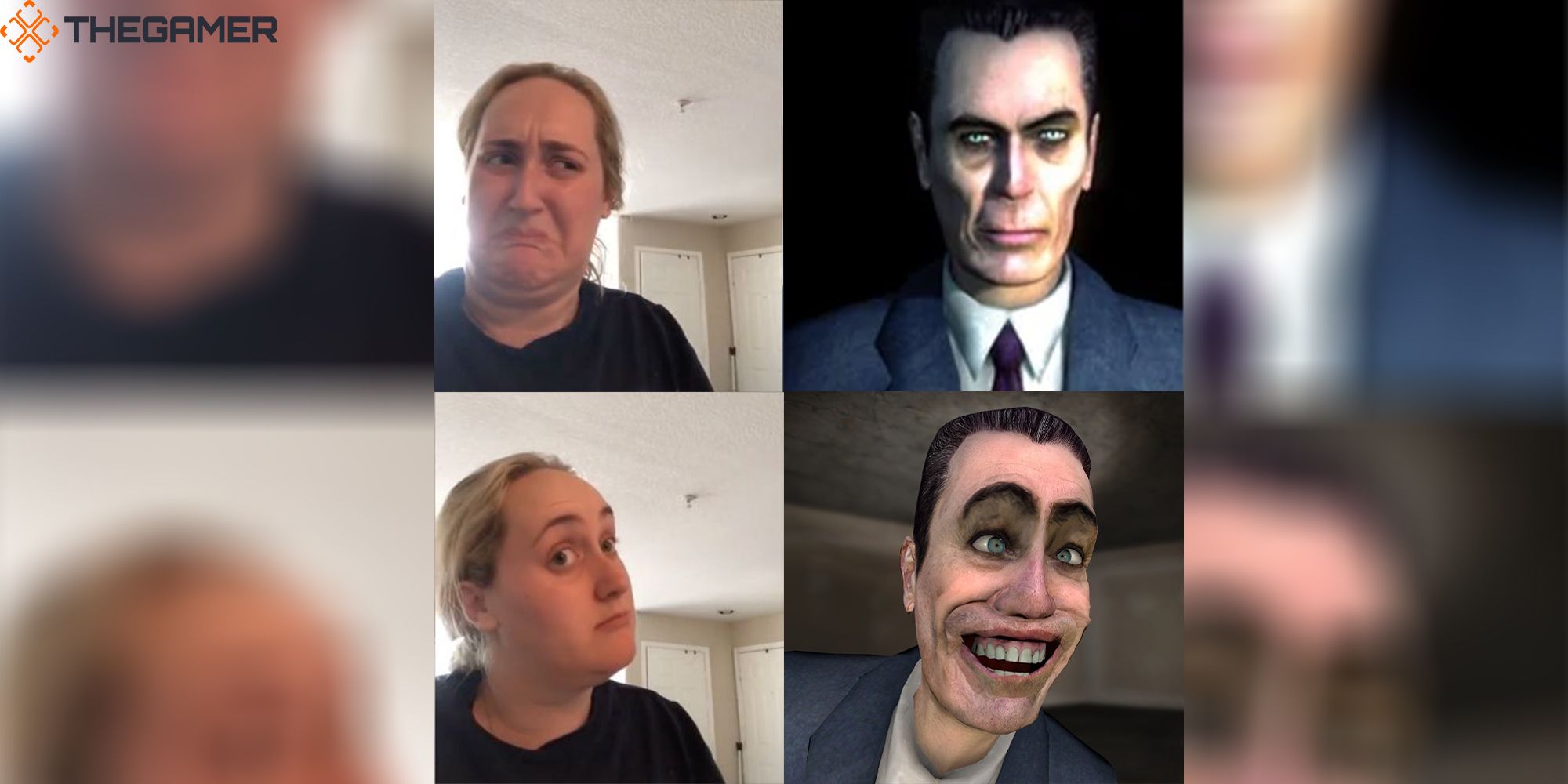 Sure, I could play Valve's groundbreaking sci-fi action title as it was meant to be played. Or I could give Gordon Freeman a goofy face and rag doll him across City 17. I think we both know which experience is superior. 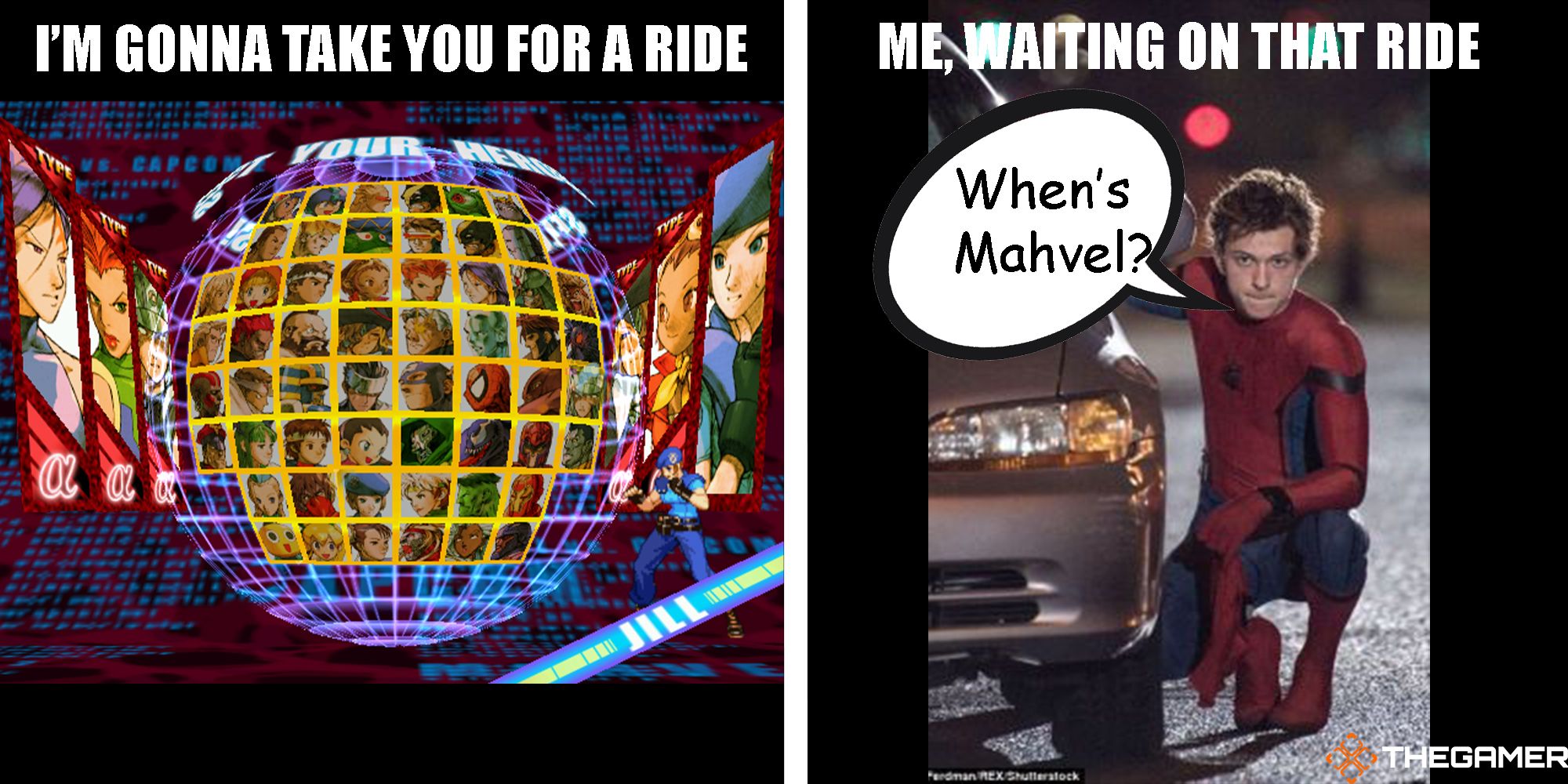 In my opinion, Marvel Vs. Capcom fans have gotten a raw deal since UMvC3. MvC: Infinite had a lackluster launch. Furthermore, there is no playable version of MvC2 on modern consoles, leading to the current #FreeMvC2 movement. Thankfully, the MvC modding community is giving UMvC3 a second wind! 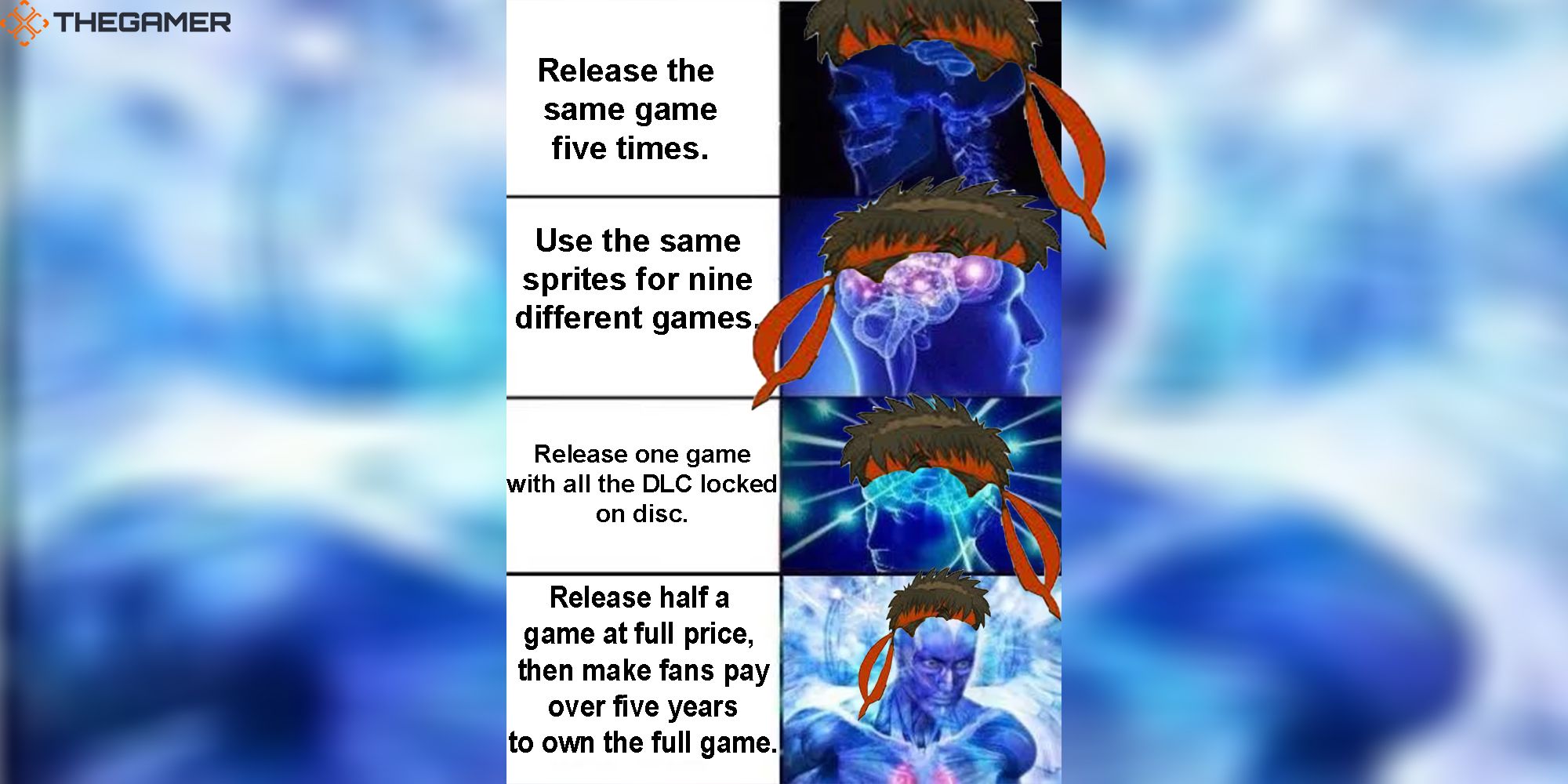 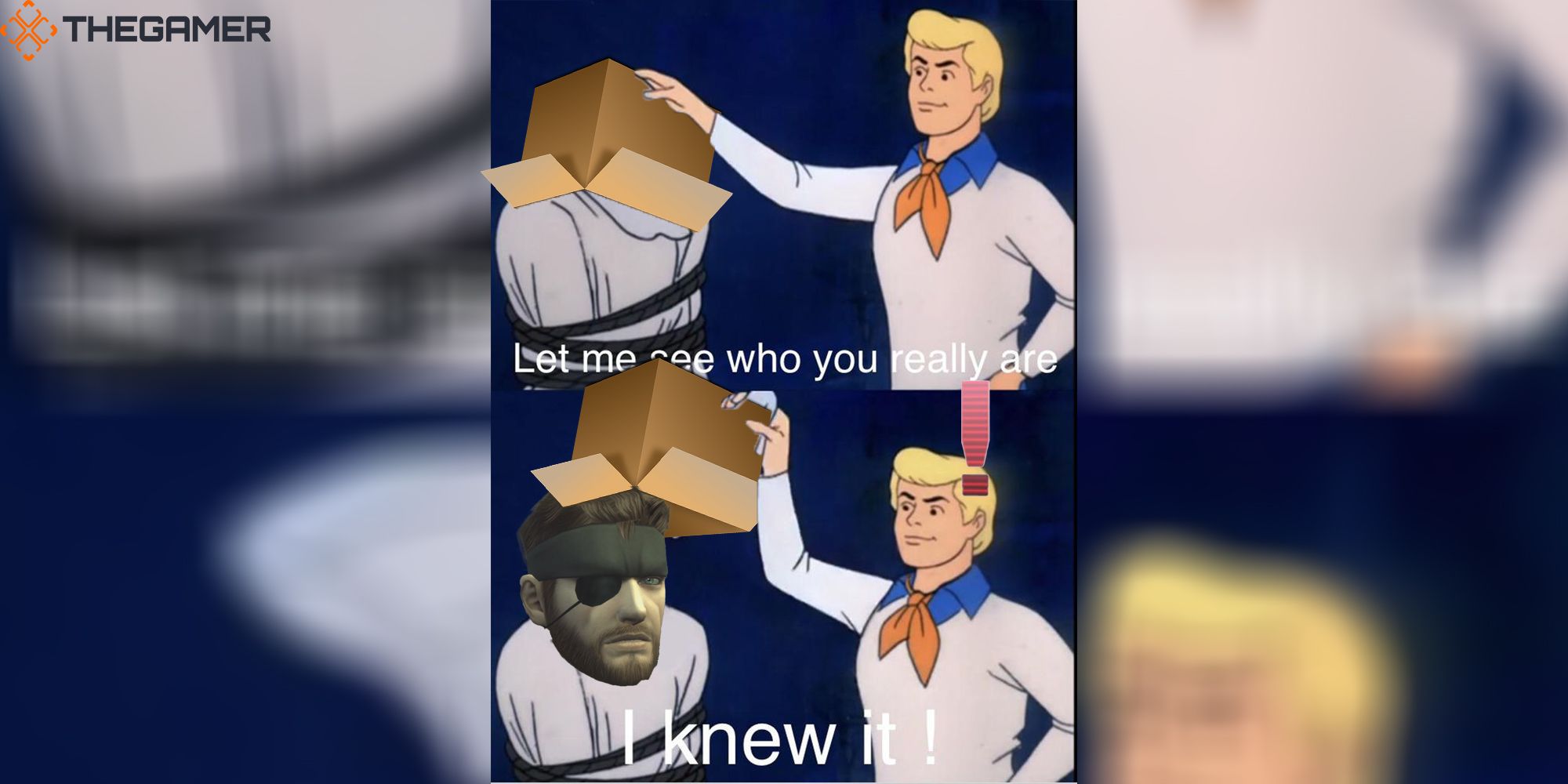 Personally, stealth games are tough for me. I tried playing Metal Gear Solid 5: Ground Zeros and couldn't make it past the first ten minutes without getting caught. Then, of course, I panicked every time I heard the series' classic alert. Guess I'll stick with Untitled Goose Game for now.

6 Kirby And The Forgotten Land 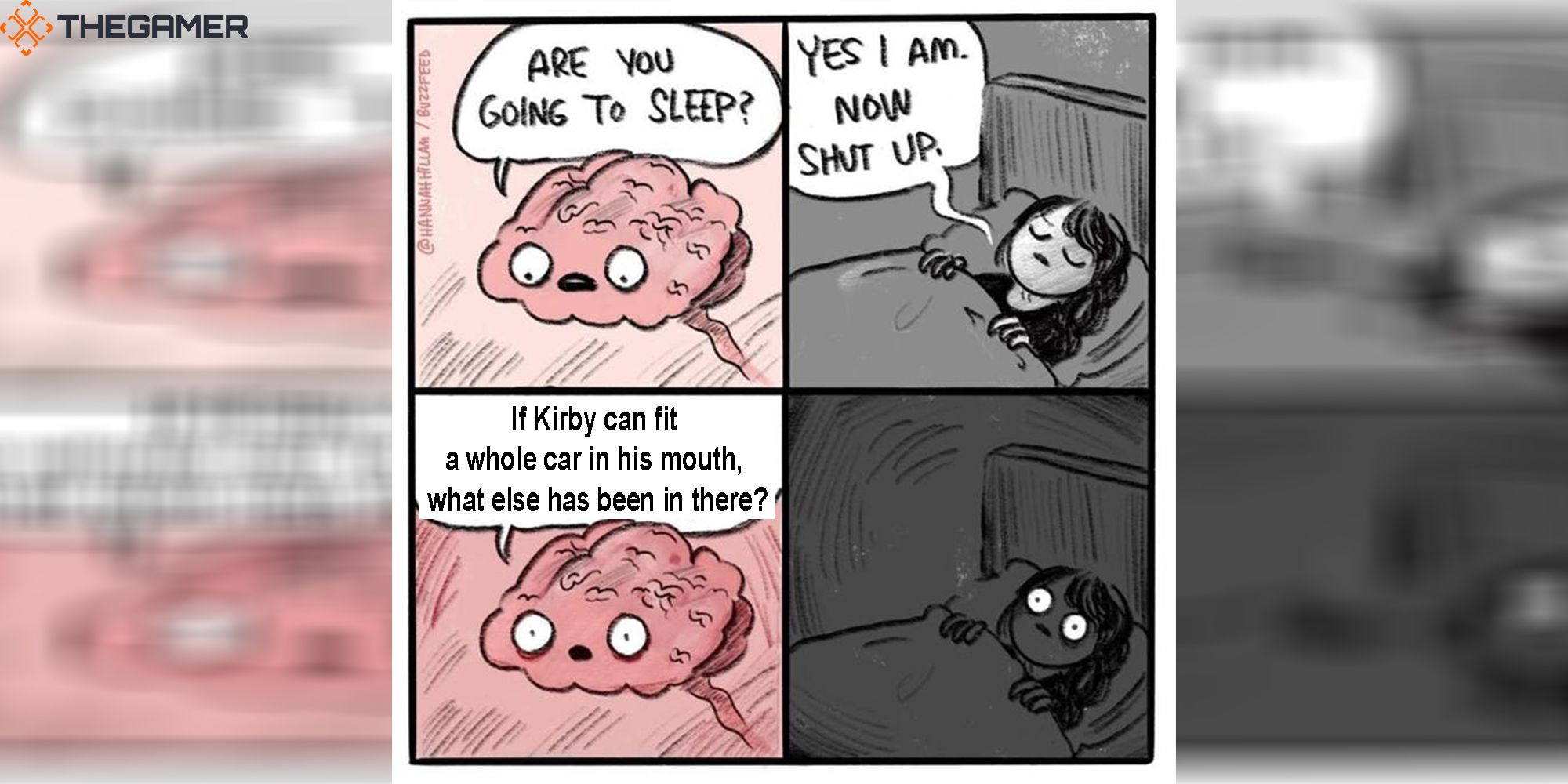 I never realized how impressive Kirby could be until I witnessed him swallow a car, a vending machine, and a traffic cone in minutes. Furthermore, Forgotten Land's Mouthful Mode revealed a more suggestive side of Kirby that doesn't feel family-friendly. But, seriously, what else has Kirby had a mouthful of? 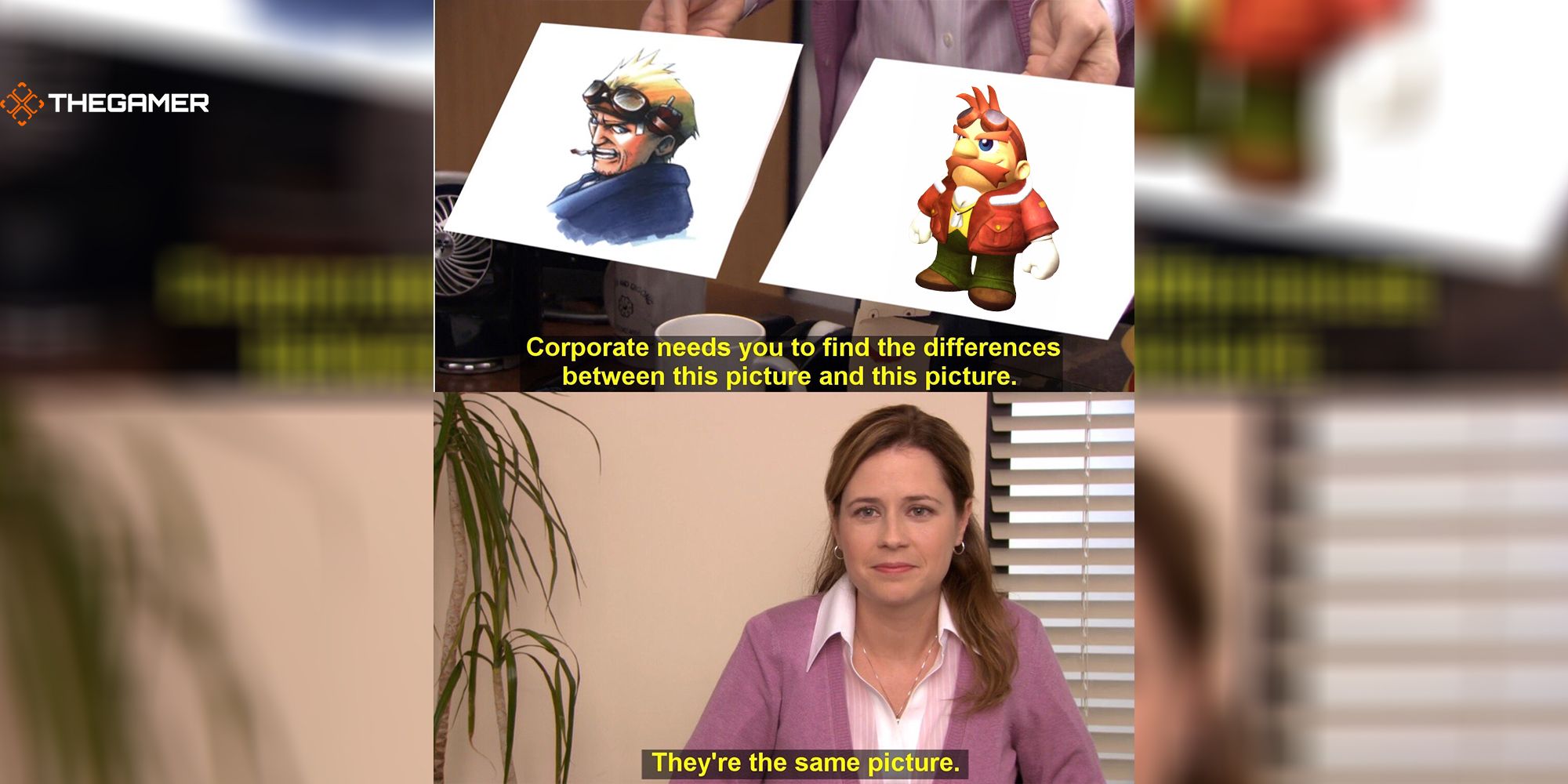 I recently learned that every Final Fantasy game has its own version of Cid. So what happened was I was covering Chocobo GP and waiting to play as my favorite Cid from FF7/Kingdom Hearts lore. Then I got short and stocky Cid from Chocobo's Dungeon. That was low-key disappointing. 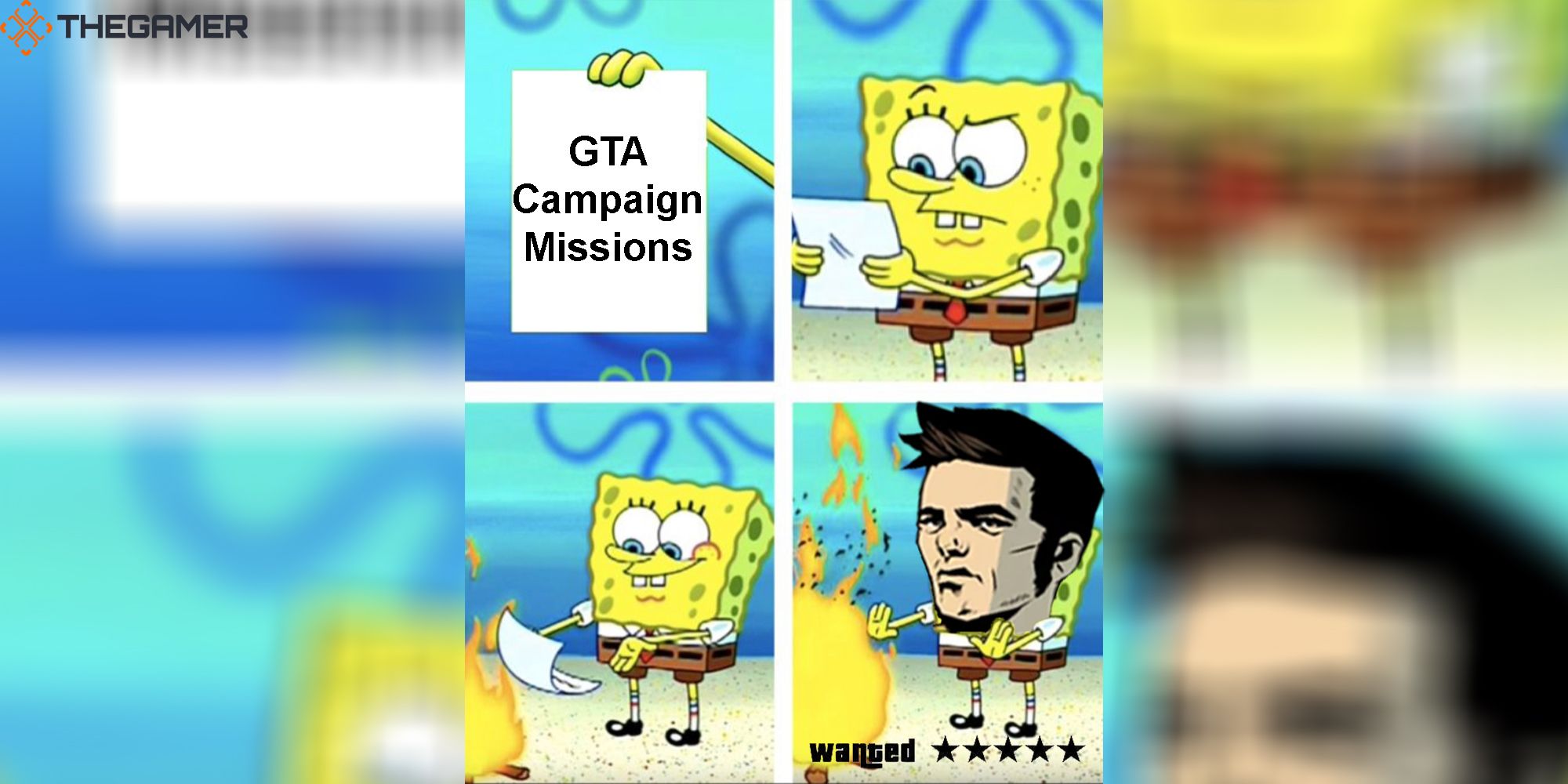 I grew up with the Grand Theft Auto series. Furthermore, my cousins and I spent plenty of hours gallivanting around Liberty City, terrorizing NPCs. But, seriously, who needs a story with Rockstar's gigantic open worlds? 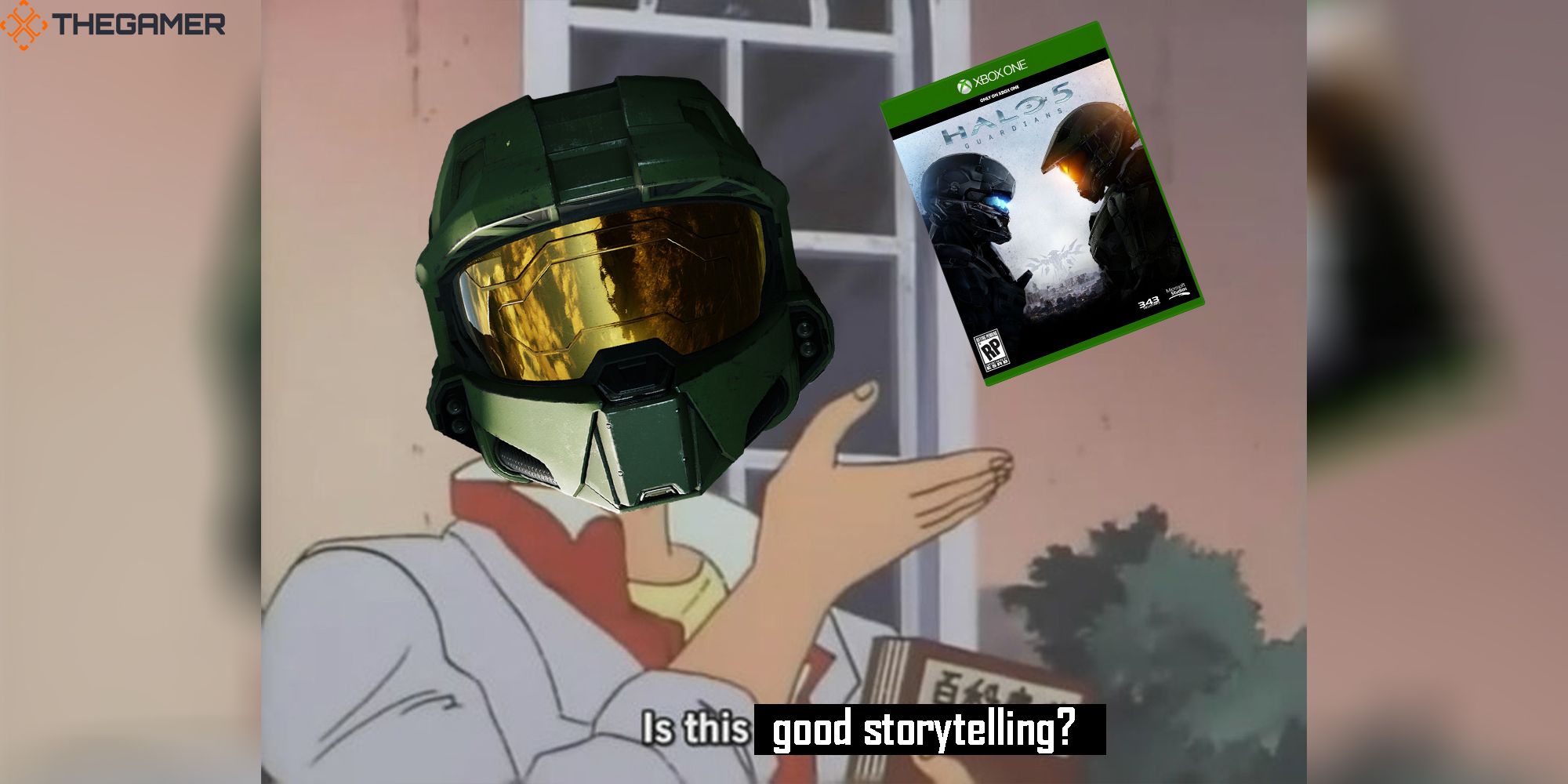 There are many things the Halo fandom loves: Elites saying "wort, wort, wort," the series' enchanting choral theme song, and the power of the original pistol.

Unfortunately, Halo 5's misleading ad campaign and the lackluster storyline are not one of those things. 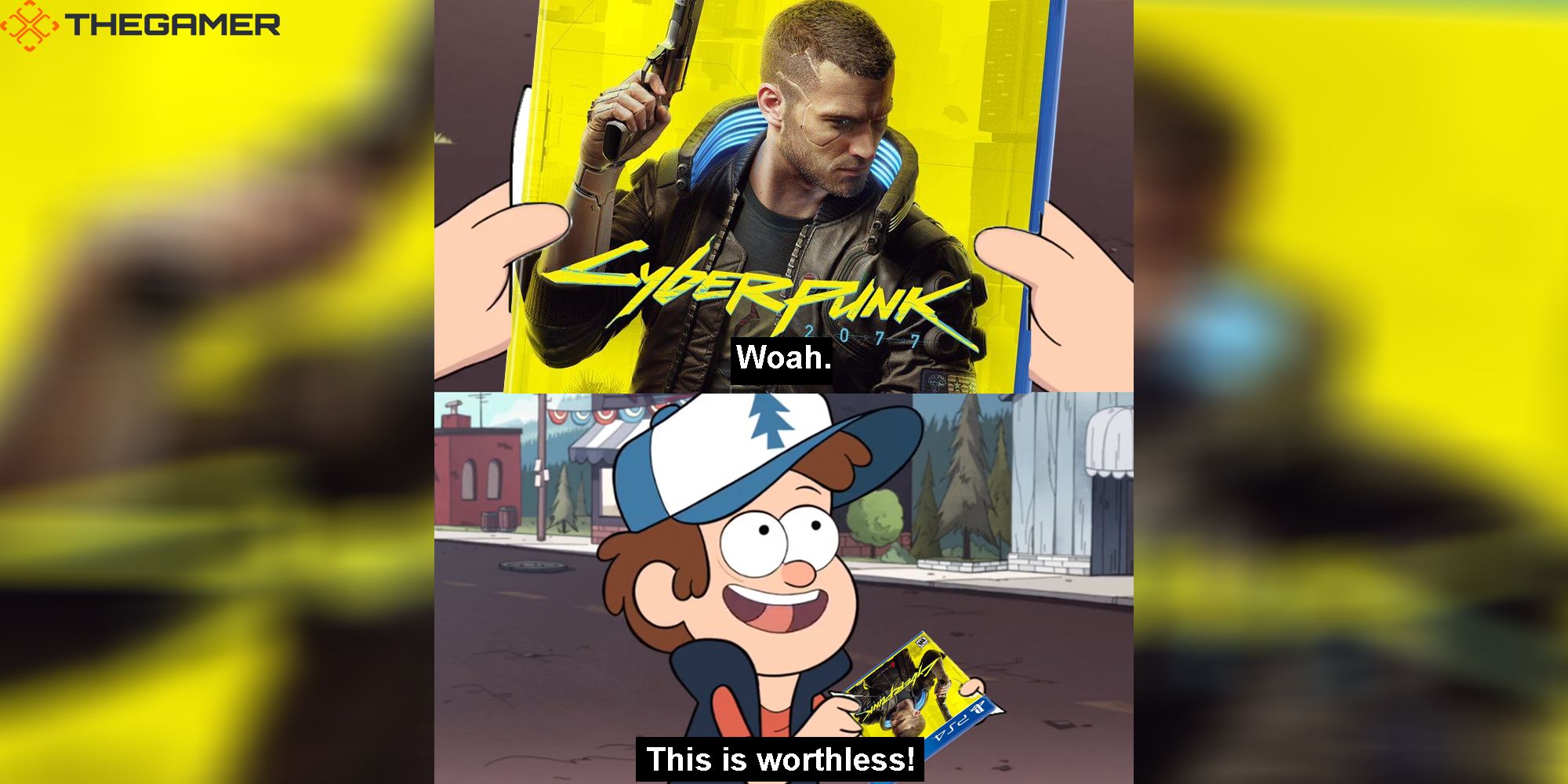 So, I'm not here to roast fans of Cyberpunk 2077 itself. The game has a vast and detailed open world, a remarkably unique branching storyline, and brilliant character-building mechanics. However, one cannot experience these perks when the game is unplayable. And Cyberpunk 2077's console launches (particularly its ports on Xbox One and PS4) are the most disastrous flop stories in industry history. 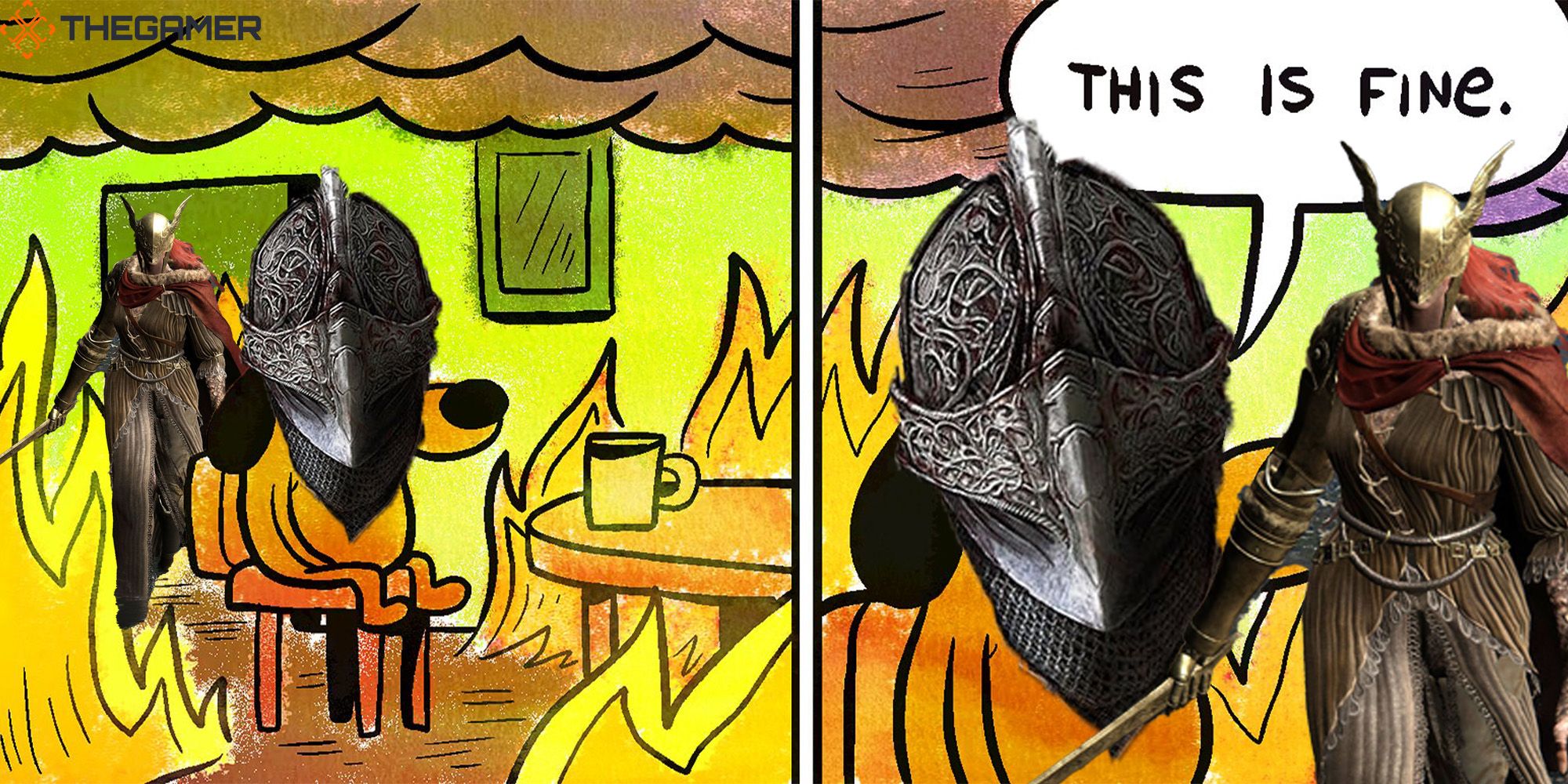 We all know Elden Ring is notoriously difficult. Seriously, I get agita just watching players fight the game's monstrous bosses on Twitch! Thank goodness for LetMeSoloHer, am I right?