NHL 20 is a game that players either love or hate. Like other sports games released annually, it has a ton of things that players love, and just as many that they dislike or think need improvements. Since the publisher is Electronic Arts, the changes to each year’s iteration are never as significant as players would like. But many fans of the franchise still buy the games in hopes that updates will improve their experience.

Granted, NHL 20 does have a few features that players are sure to enjoy, like the Be a Pro Mode, the World of Chel, the team celebrations and more. However, the video game also makes a number of missteps, and it has plenty of things that do not even make sense and make us wonder what the developers were thinking.

We have compiled a list of all the things NHL 20 features which, honestly speaking, do not make any sense. 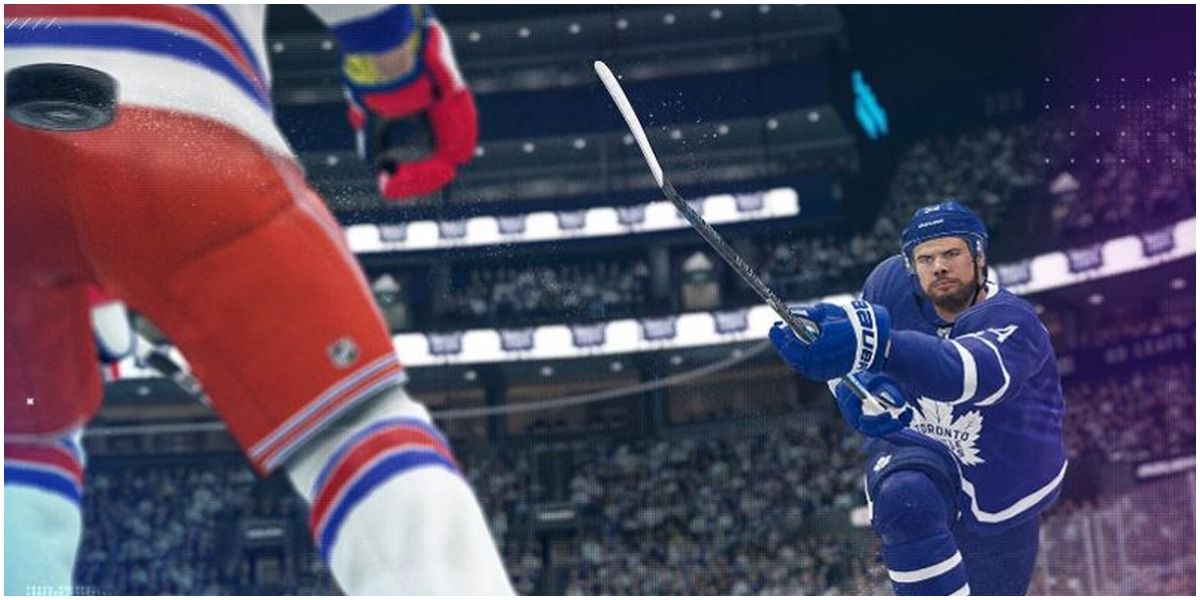 Yes, signature shots are something new EA have tried, and they should be commended for that. This is an interesting new feature that helps gamers to personalize their experience by allowing the NFL avatars to use their own unique shots. However, this feels like a feature that the executives rushed. For one, the animation almost always remains the same, whether it’s Subban or Ovechkin taking the shot. This removes the uniqueness of the shots and makes them feel like a regular wind up slap shots that almost every player in the game is capable of.

Even though signature shots feel like they were released a year too soon, they are a step in the right direction for the franchise. 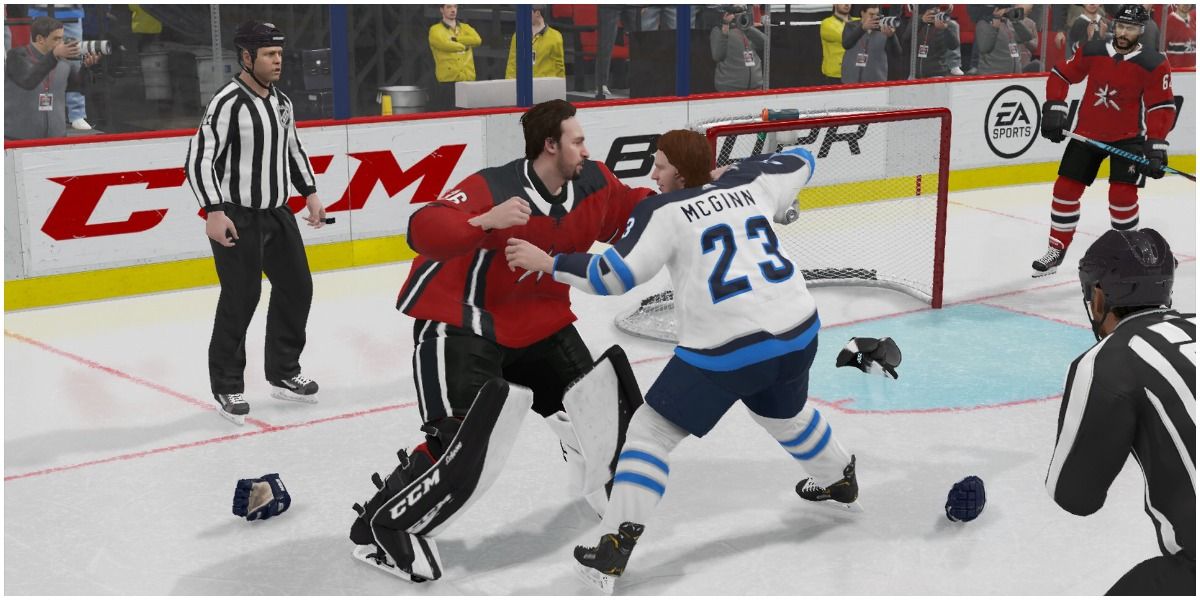 EA greed strikes again! Hockey Ultimate Team is a feature where players collect both current and legendary players and place them in the same team. For most ice hockey fans, this is a feature not to miss. However, unless they have money to burn, this is not something they can see unless they are very, very lucky.

NHL’s Hockey Ultimate Team, like the similar versions from other EA Sports games, relies on the gamer grinding a lot just to unlock players. And the chances of unlocking the strongest players in the game are minimal at best. Even if you do, their contract lengths are so brief that they can make one burst into a fit of rage. So, this is one thing that EA needs to work on. 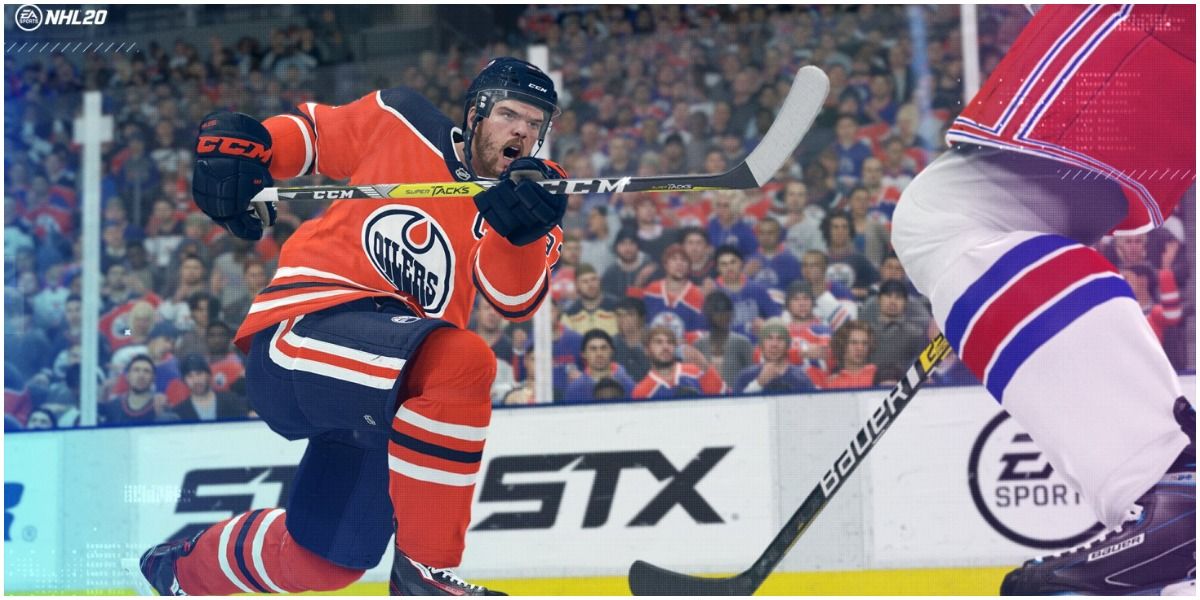 Battle Royale has become the biggest craze in video games in the past two years. So, it’s no surprise that franchises like Call of Duty have acted fast to add Battle Royale options to their own games. However, this game mode simply doesn’t fit in with sports games. Yet, NHL 20 includes it in what it calls ‘Ones Eliminator’.

This is a frustrating game mode where the players stop being competitive when a minute remains until the game ends. This doesn’t fit in with hockey, and it’s incredible to think that even if they wanted to implement Battle Royale, this is their answer. 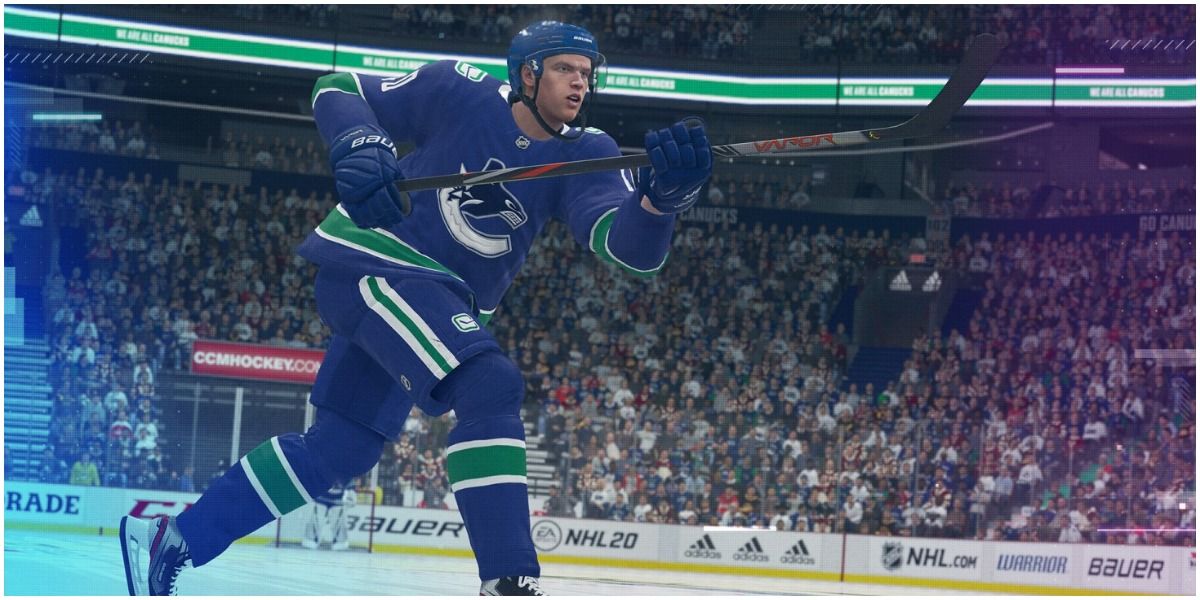 Franchise Mode has been a feature of NHL games for a while now. It lets gamers assume the role of managing an NHL team. However, players by now have realized that this mode doesn’t really let you make any significant decisions. Other than working on line chemistry and hoping for the best, there is not much difference between Franchise Mode and Season Mode.

The one good thing about this mode is that it lets gamers manage an NHL franchise for a number of seasons, which is an exhilarating experience if you make your team successful. 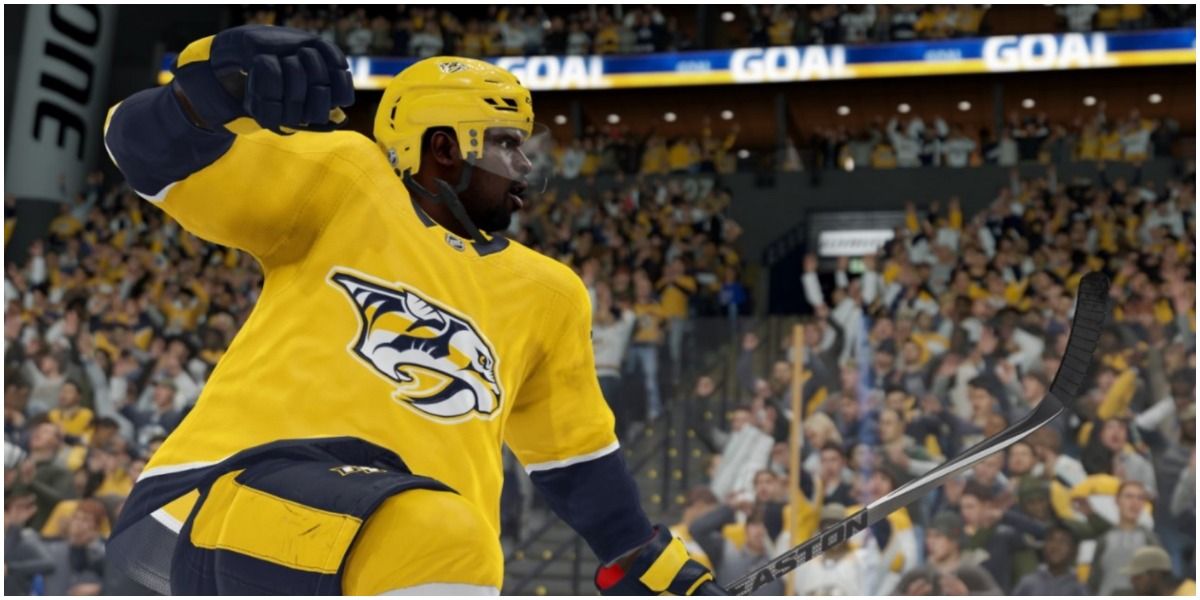 NHL 20 has plenty of intuitive character customization options. However, one that makes absolutely no sense is the appearance customization. It has way too many small choices, but they don’t seem to make any change to the actual character’s appearance. To make things worse, the system is not user-friendly.

You might decide on a certain beard style, but the moment you exit the beard type screen, the beard will vanish. Selecting equipment is also cumbersome as you have to scroll through multiple screens just to get to what you like. Until the developers improve the quality and ease of use of the appearance customization, it will remain a source of frustration for players. 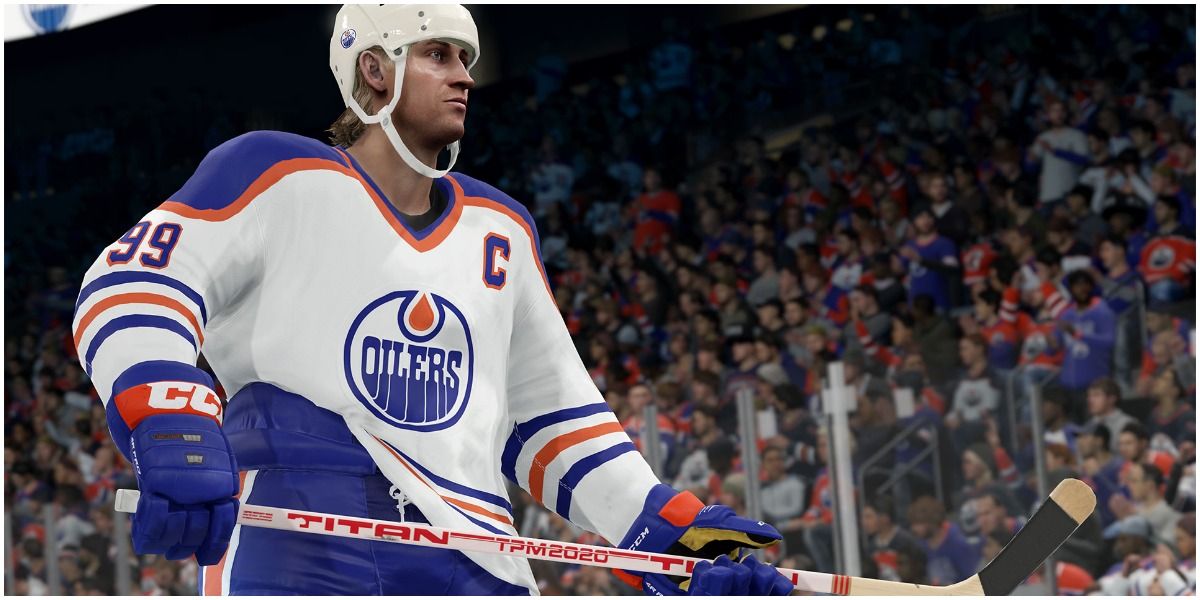 NHL features legendary players, which is a cool feature. However, the game almost ruins this enjoyment by having mediocre player likeness. If you look at the players while understanding that video game graphics are not perfect, they look passable. However, when you gaze at the trading cards which show how the players actually look, the difference becomes clear. This makes you wonder why EA, with their massive budgets, could not have spent a bit more time focusing on the players’ likeness.

For gamers to appreciate how the avatars resemble their real-life counterparts, it is essential that they don’t look at those trading cards. 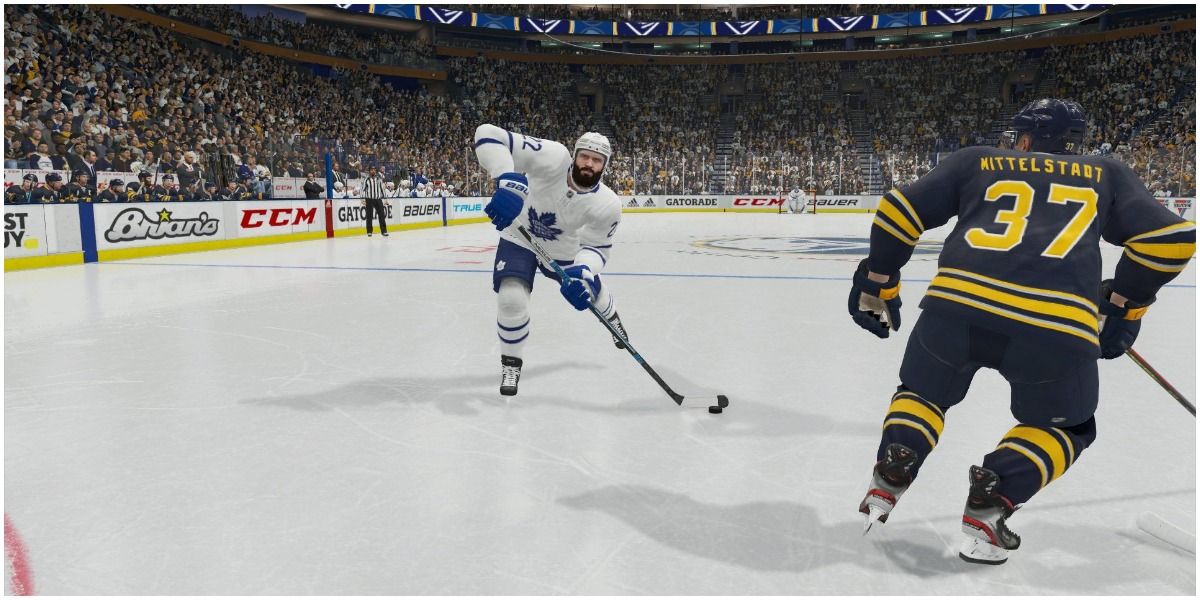 For some time now, the behavior of AI teammates in NHL games has been a sore spot for gamers. The hope was that NHL 20 could rectify this by improving or even overhauling the way AI teammates behave. After all, the AI makes gameplay seem unnatural and pulls players out of the immersion of the game.

However, what we got was a couple of tweaks that are nothing to write home about. The AI players still skate and perform in a way that feels more than a little off. This is something the developers have to address in the next game. 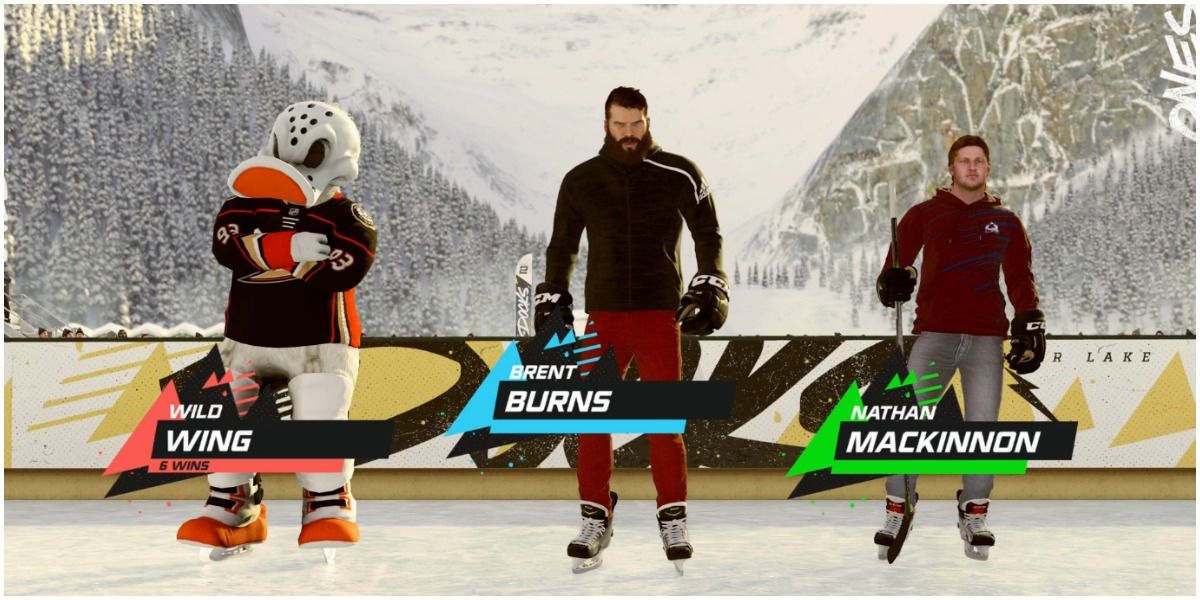 EA Sports Hockey League is a game mode where a group of different players comes together to form a team, then play against other teams. It’s an interesting enough game mode. However, players have been asking for years for a Practice Mode. It makes sense that they would want to work on their chemistry and practice any trick shots when there aren’t any stakes involved.

However, players’ pleas have fallen on deaf ears—as usual when dealing with Electronic Arts. For now, players just have to work on their teamwork online in EASHL matches, where their ranking is at stake. 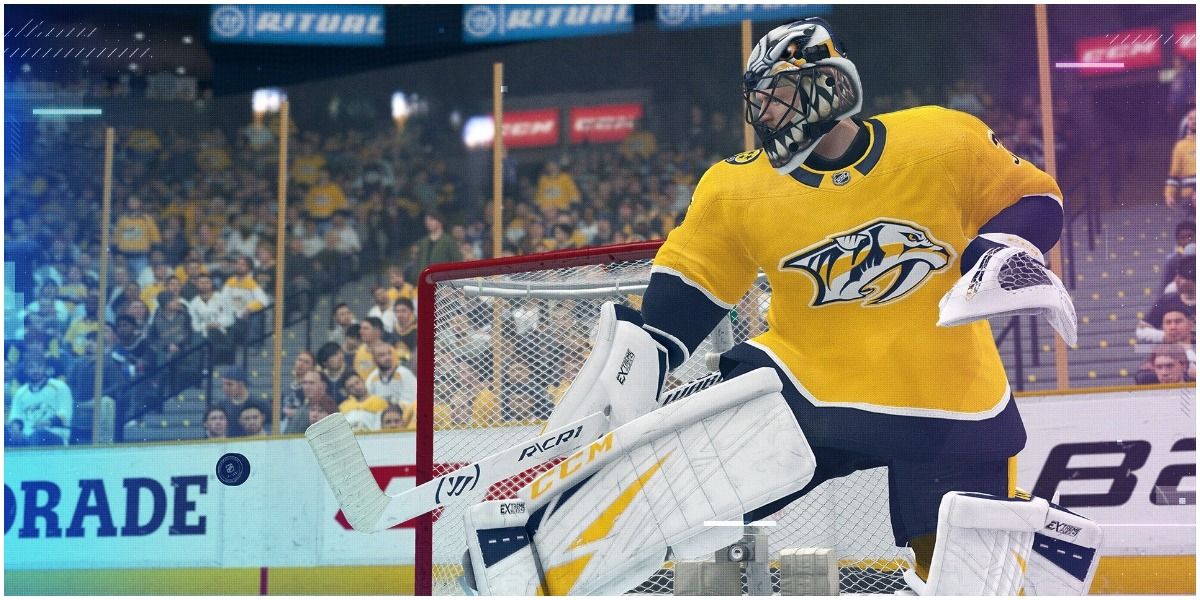 The EASHL Practice Mode is not the only thing gamers have been asking for; they have also been demanding an overhaul of the Be A Pro game mode. EA has acknowledged that the mode is imperfect and a source of frustration for many, and they have mentioned that they are planning to listen to the players and overhaul it. However, in typical EA fashion, they have delayed it for yet another year. They said that no change they’ve developed for the game mode reaches the quality they want.

As they say this, they keep making updates and changes to the online modes, where they make the real money. 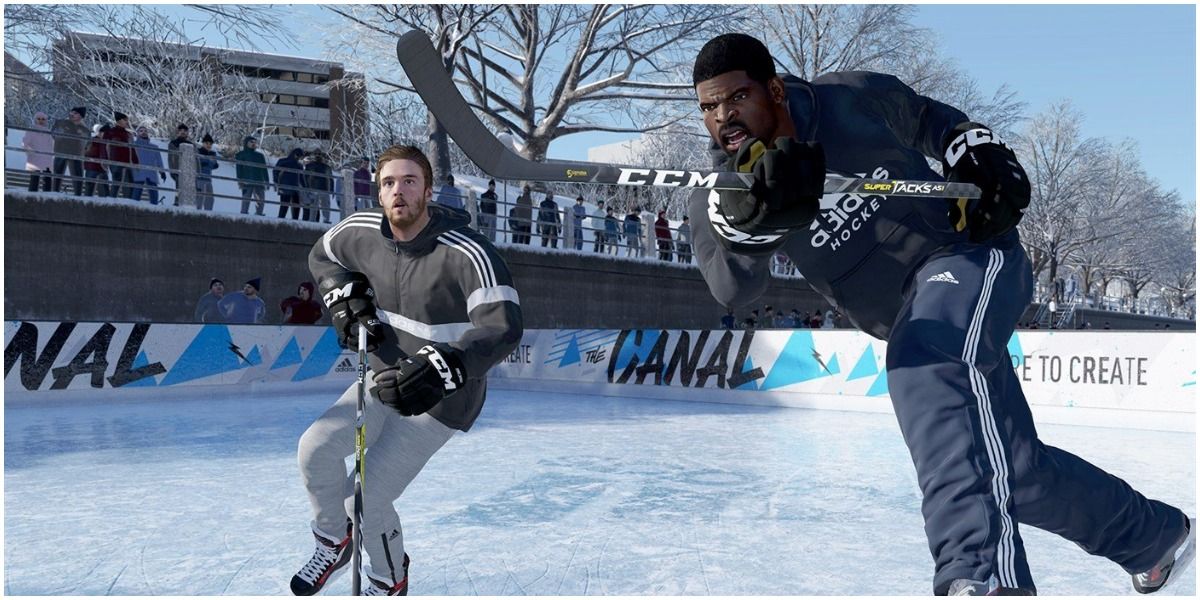 Competitive online gaming communities are often filled with toxicity from all corners. NHL 20’s EASHL Competitive Online Mode does nothing to buck this trend. To make things worse, EA has not provided an effective platform for players to report toxic members. They don’t even have a good enough method of punishing toxicity.

So, toxic players are running rampant in NHL 20. For players who just want to have some fun online, experiencing these toxic players can easily ruin their day. It makes no sense how EA have failed to address such a serious issue because affected players might stay away from online modes or even decide not to play the game again.