After many years of development, Oddworld: Soulstorm finally came out on April 6th, 2021. It may pique your interest just from a glance, but it is difficult to discern what the game actually is. The following list will clear up some of the confusion around Soulstorm and help find out if the game is right for you.

Critical reception so far has been mixed, but this does not necessarily mean it is a bad game or unenjoyable. One person’s misery is another person’s treasure trove, after all. We recommend at least giving it a small go yourself before making a judgment.

10 It Is A Remake Of Oddworld: Abe’s Exodus 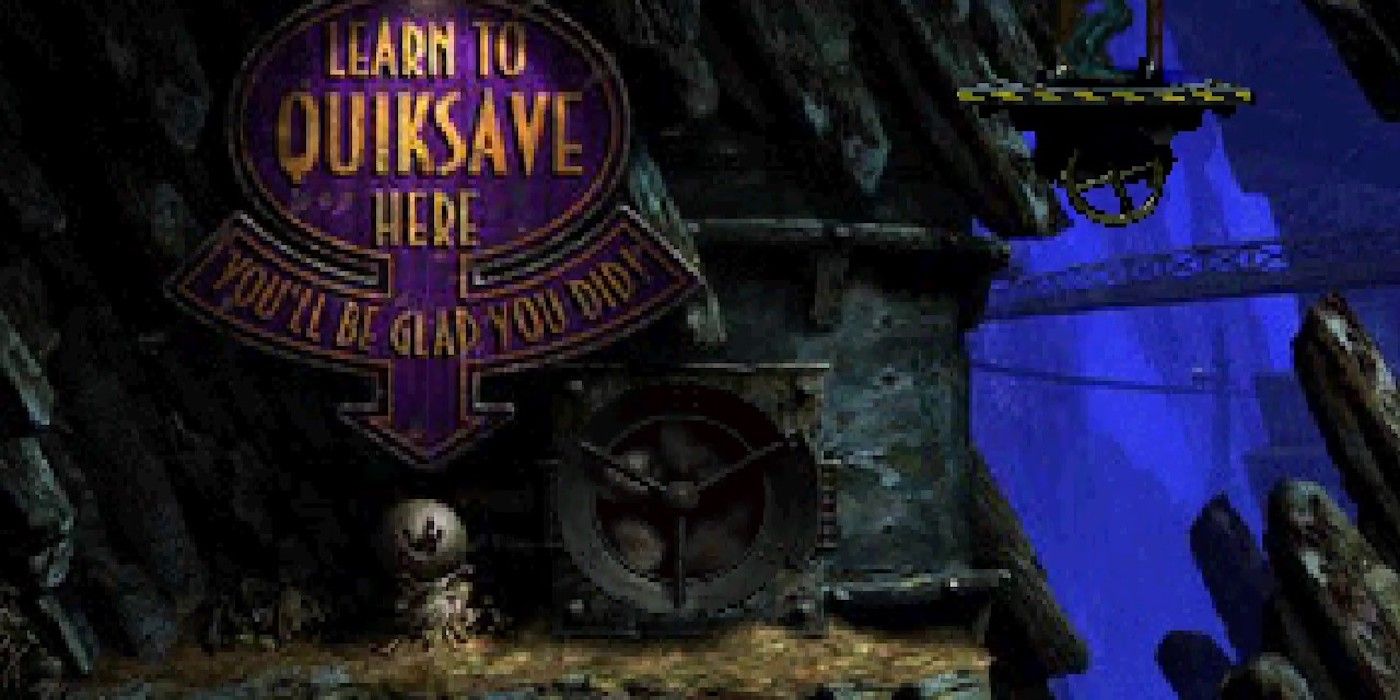 The marketing does not really acknowledge this, but Soulstorm is a remake of an old PS1 title. Oddworld: Abe’s Exodus came out in 1998. According to series creator Lorne Lanning, Abe’s Exodus was made with only nine months of development, which was an extremely short timespan for the generation. Given this limited time, it makes sense for the studio to want to take a second crack at it. 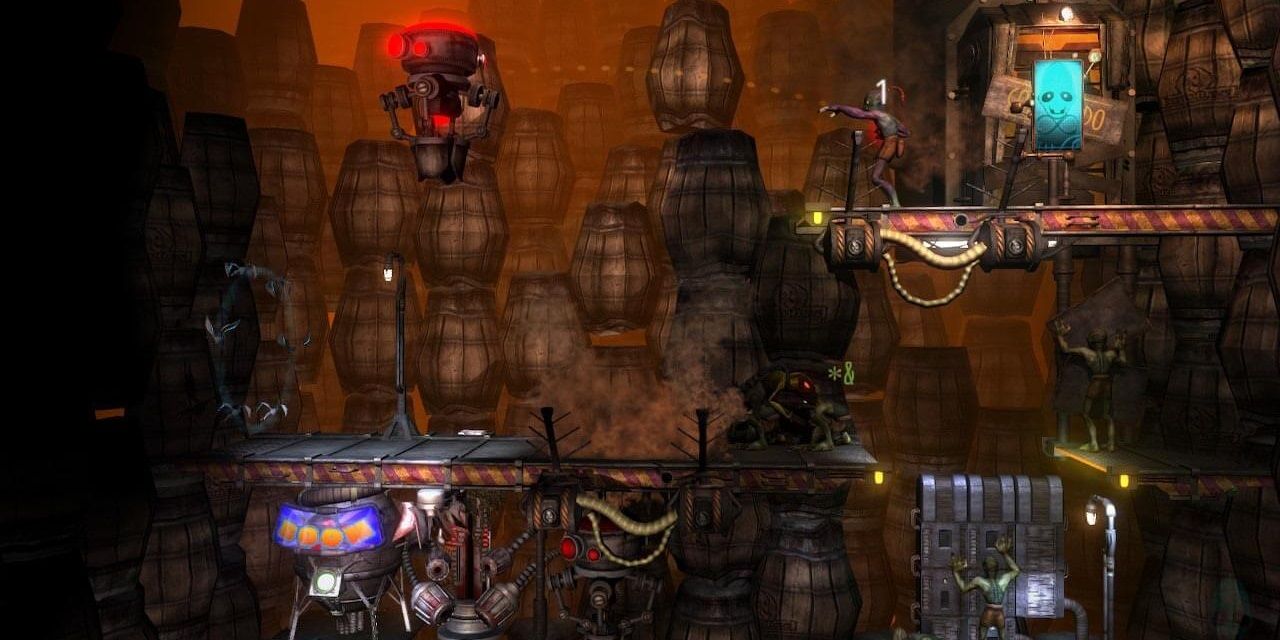 In 2014 Oddworld: New ‘n’ Tasty came out on the PS4 and eventually other consoles throughout the years. This game is a remake of Oddworld: Abe’s Odyssey, the first game in the Oddworld universe. Since Soulstorm is a remake of Abe’s Exodus, one can already deduce that it is a sequel to New ‘n’ Tasty. The game also expands upon the mechanics and formula of New ‘n’ Tasty.

8 It Is Free On PS Plus For April 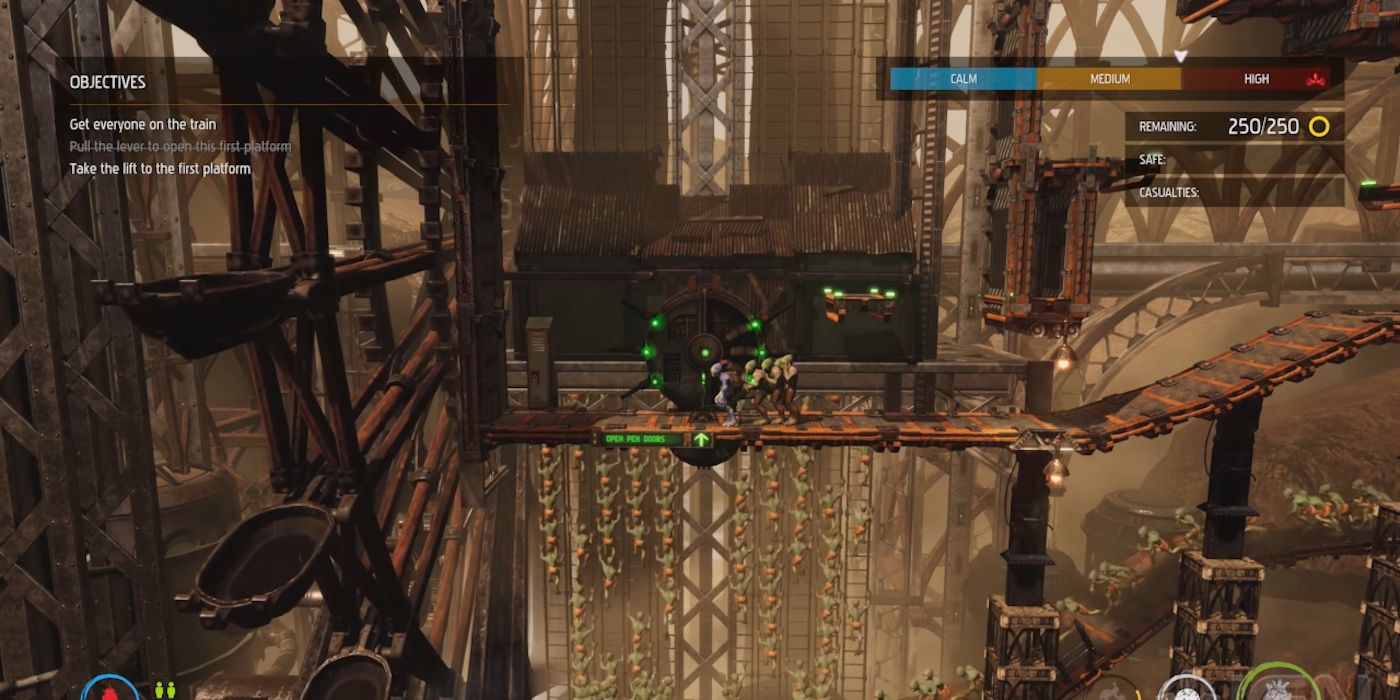 If you have a PS5 and a PS Plus subscription, congratulations on owning Oddworld: Soulstorm. Oddworld: New ‘n’ Tasty similarly came out for free on the PS4 for subscribers. Curiously enough, PS4 owners cannot take advantage of the free game on their system. However, if you buy the PS4 version, you get the PS5 version for free, so it’s a bit strange how it works out. We suppose it makes sense to push the current-gen version over the inferior edition.

7 It Is More Puzzle Than Platformer 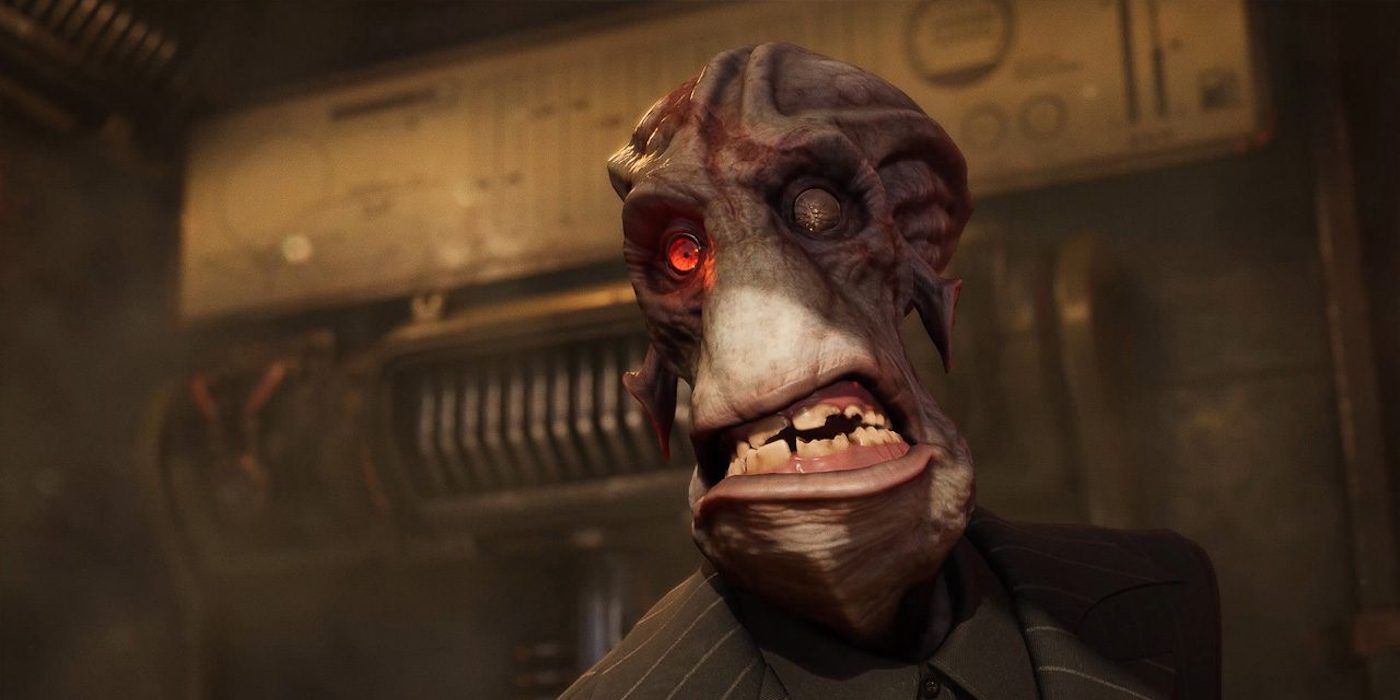 Do not let the side-scrolling gameplay fool you; this is not a platformer on par with older Mario games or Rayman Legends. The game is more heavily focused on puzzles than it is on challenging platforming.

It is more about figuring out what to do rather than precision and timing. Combat is similarly more about puzzle-solving than actually being skilled at the mechanics. This does not make it better or worse, but just know what you are signing up for before you play.

6 It Takes A While For Things To Pick Up 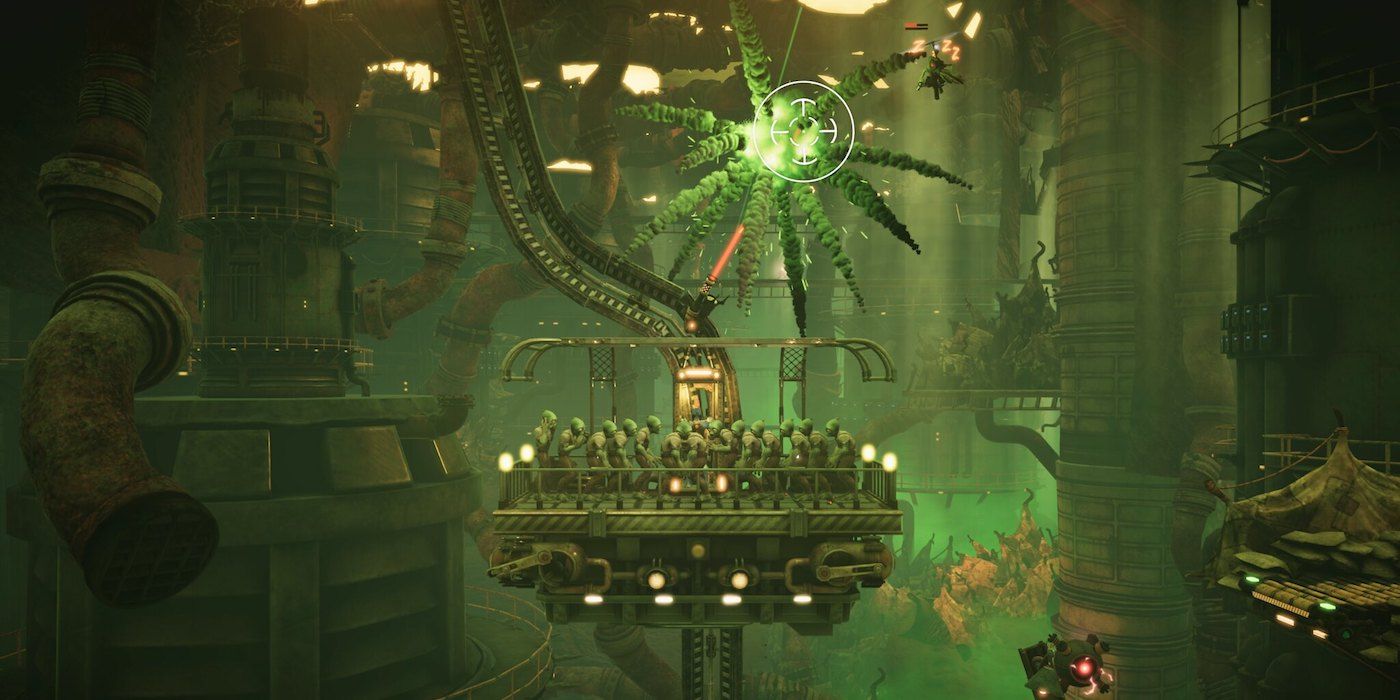 Oddworld: Soulstorm starts out with a long introductory cinematic before the gameplay starts. Then the first level mostly tasks you with throwing water at fires. The second level then introduces stealth mechanics. The game is ultimately a little slow at introducing the more interesting systems. It’d be nice if it started telling us about the more complicated mechanics earlier on, but maybe the developers thought it would confuse newcomers. 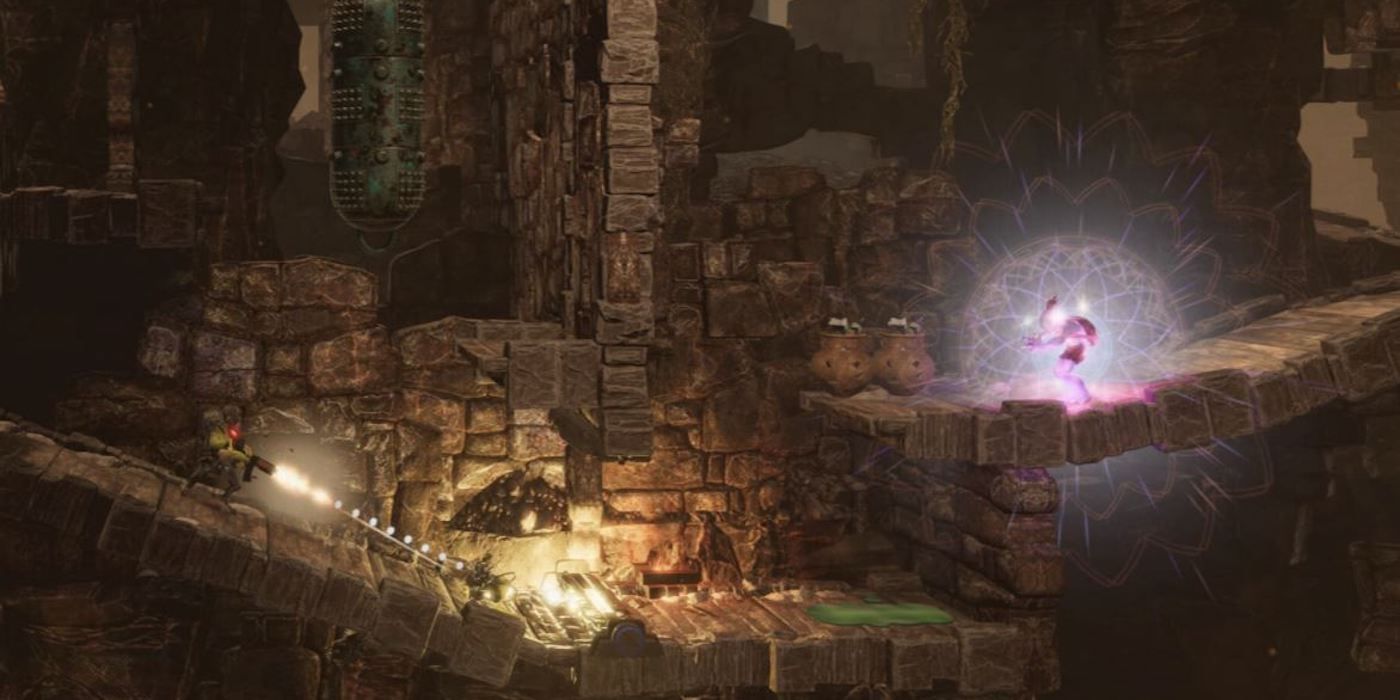 We have already discussed the Oddworld games on the original PlayStation, but you should be aware of the entire series. Munch’s Odyssey came out as a launch title on the original Xbox. In 2005, Oddworld: Stranger’s Wrath also came out on the Xbox.

The two latter games eventually made their way to other consoles in re-releases. With the two recent games in the franchise being remakes, we wonder if the next game will finally continue the narrative.

4 It Is Extremely Unforgiving 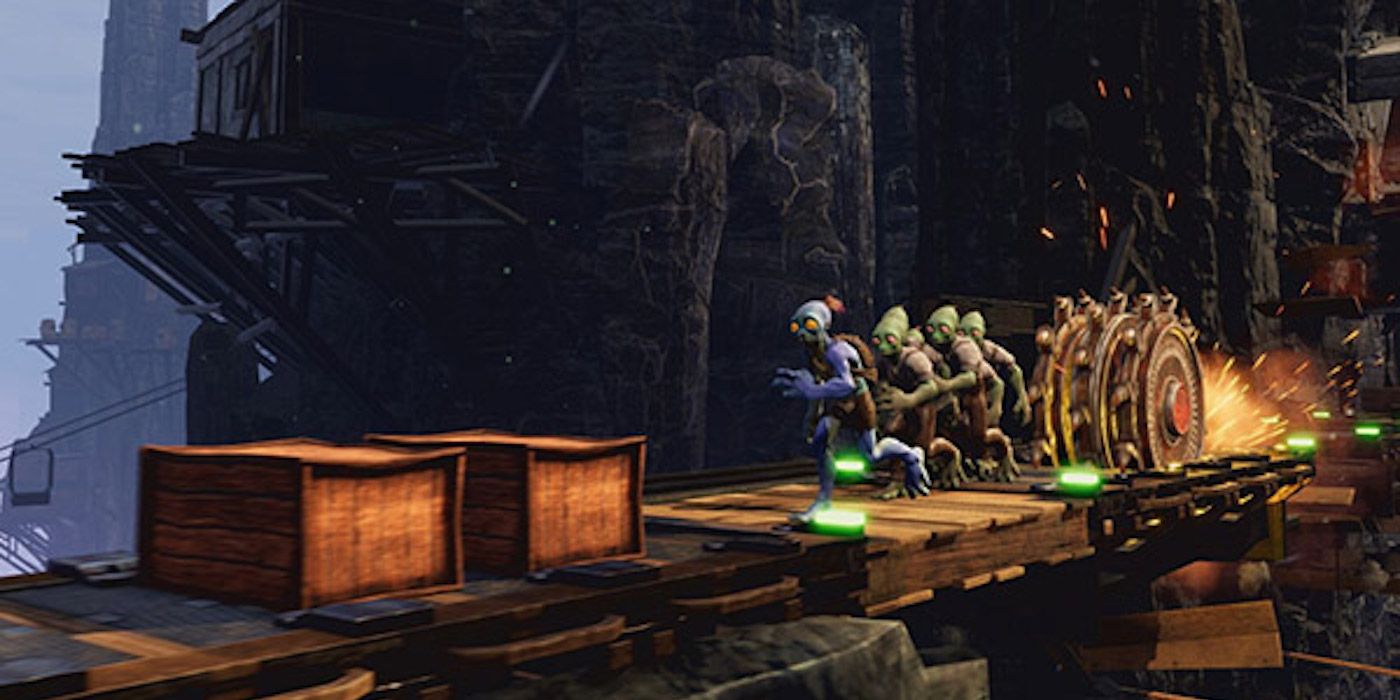 Soulstorm does not take error lightly. If something does damage to Abe, it will most likely kill him immediately. Flame destroys you quickly and enemy gunfire is almost a one-hit death. The frequent checkpoints are the only solace. While you will die a lot, at least you will not be sent back far upon respawning. Having to wait and go through the same motions over and over again grows frustrating, however.

3 The Controls Are Clunky 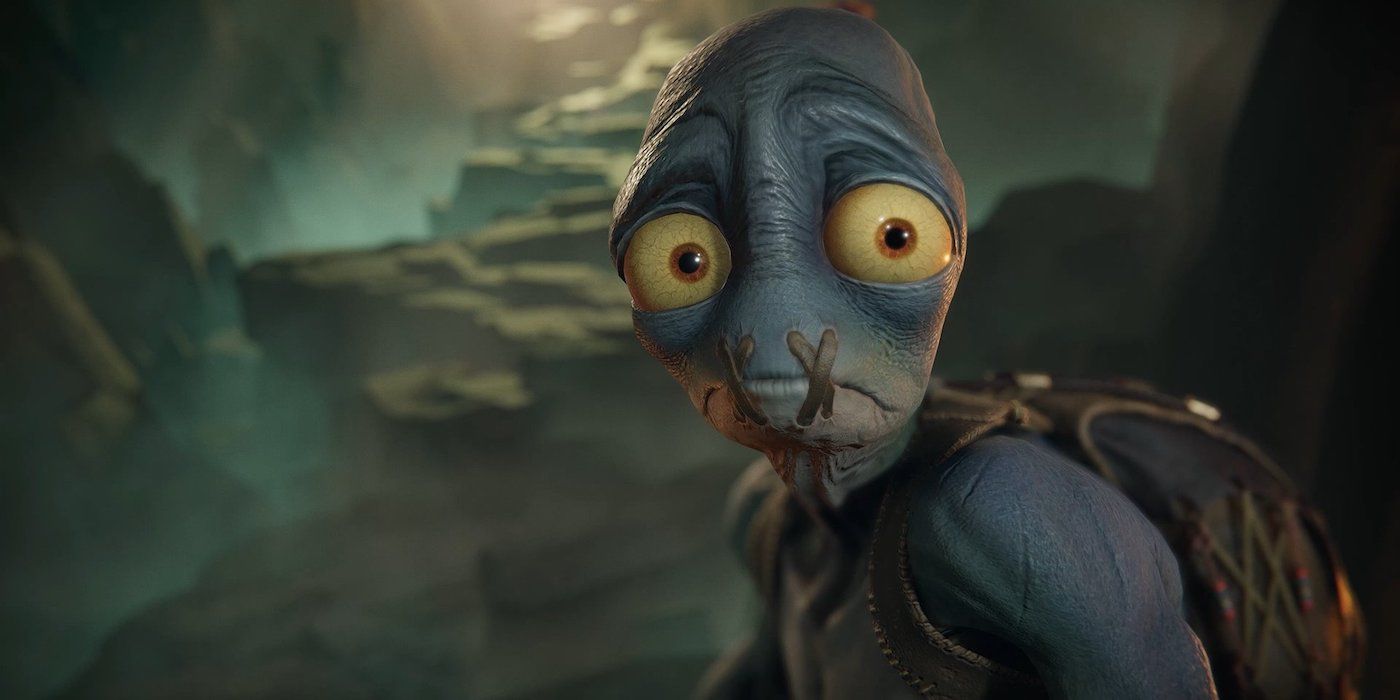 We previously said the game is not a platformer in the vein of Super Mario. This is a great thing considering the controls are a little clunky. Because of the heavier focus on puzzles, this is not the end of the world, but it still does not feel good to move around and jump as Abe. It would be nice if the controls were a little tighter, but it doesn’t obstruct the action too badly.

2 The Differences Between PS4 And PS5 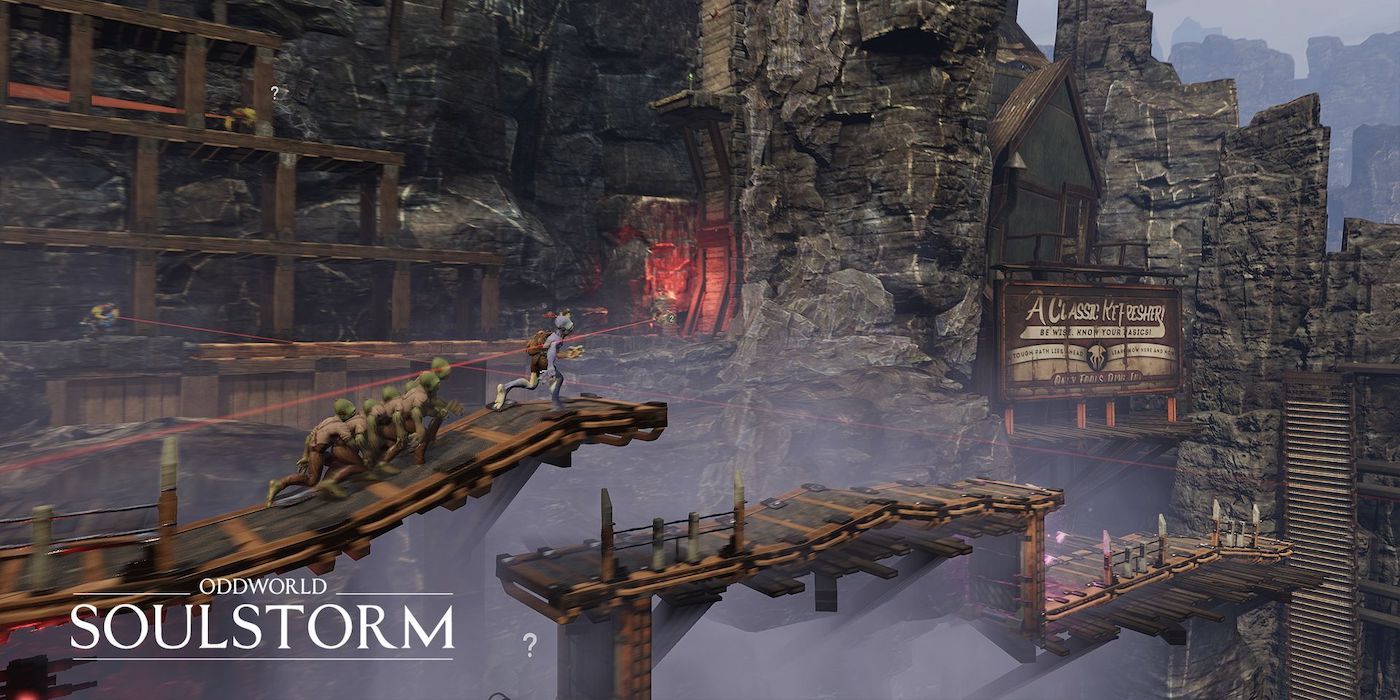 Even though the game is out for both PS4 and PS5, we recommend playing the PS5 version instead of the PS4 edition. PS5 runs at 60 frames per second with almost no drops, while the PS4 version runs at 30. On the base PS4 console frame rate drops are somewhat frequent. Even though timing and responsiveness are not essential to a smooth gameplay experience, one can definitely see the difference when looking at the two versions side by side.

1 The Graphics Are Gorgeous 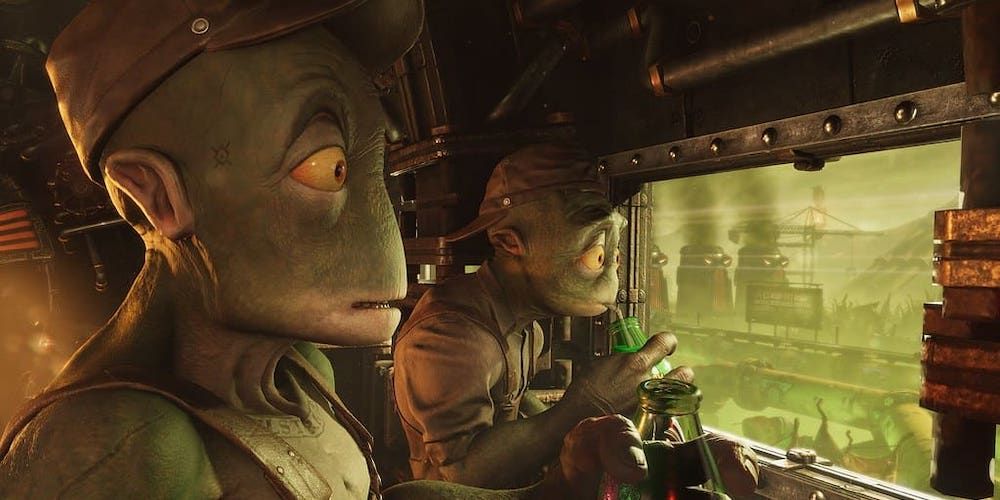 This can be seen just by looking at some screenshots or gameplay videos, but playing Oddworld: Soulstorm on your TV really drives home just how great the graphics are. In addition to the graphical fidelity, the character designs and art direction are simply superb. It is cool to see parts of the background early on in a level and then find yourself traversing them just a little later on. Even if you don’t like the game, it is worth loading up just to see its visual fidelity.

Next: 10 PS4 Games That Still Look Better Than Most PS5 Games 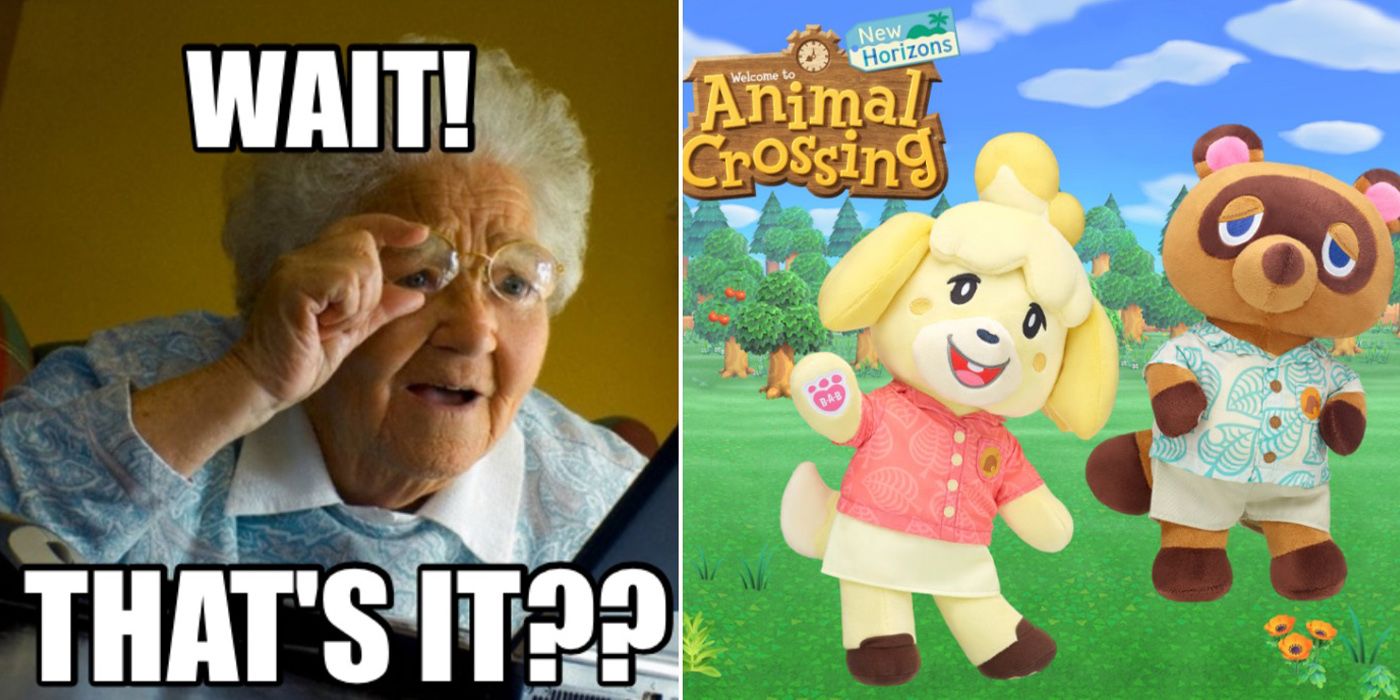