An open world you can fully explore has brought a new kind of adventure to Pokemon in Scarlet & Violet. Players of all ages can finally feel like the main character in their own Pokemon series as they fight their way to the top while learning new things about Pokemon and the world around them.

The map isn’t the only element that gives the new Pokemon games a heavier role-playing game feeling, but the wide area of exploration aids in the feeling of a truly open RPG experience. There are a few ways to play Scarlet and Violet, but the best moments are when you venture off the beaten path and discover something new. Here are some areas tucked away in Pokemon Scarlet and Violet that you might have overlooked. 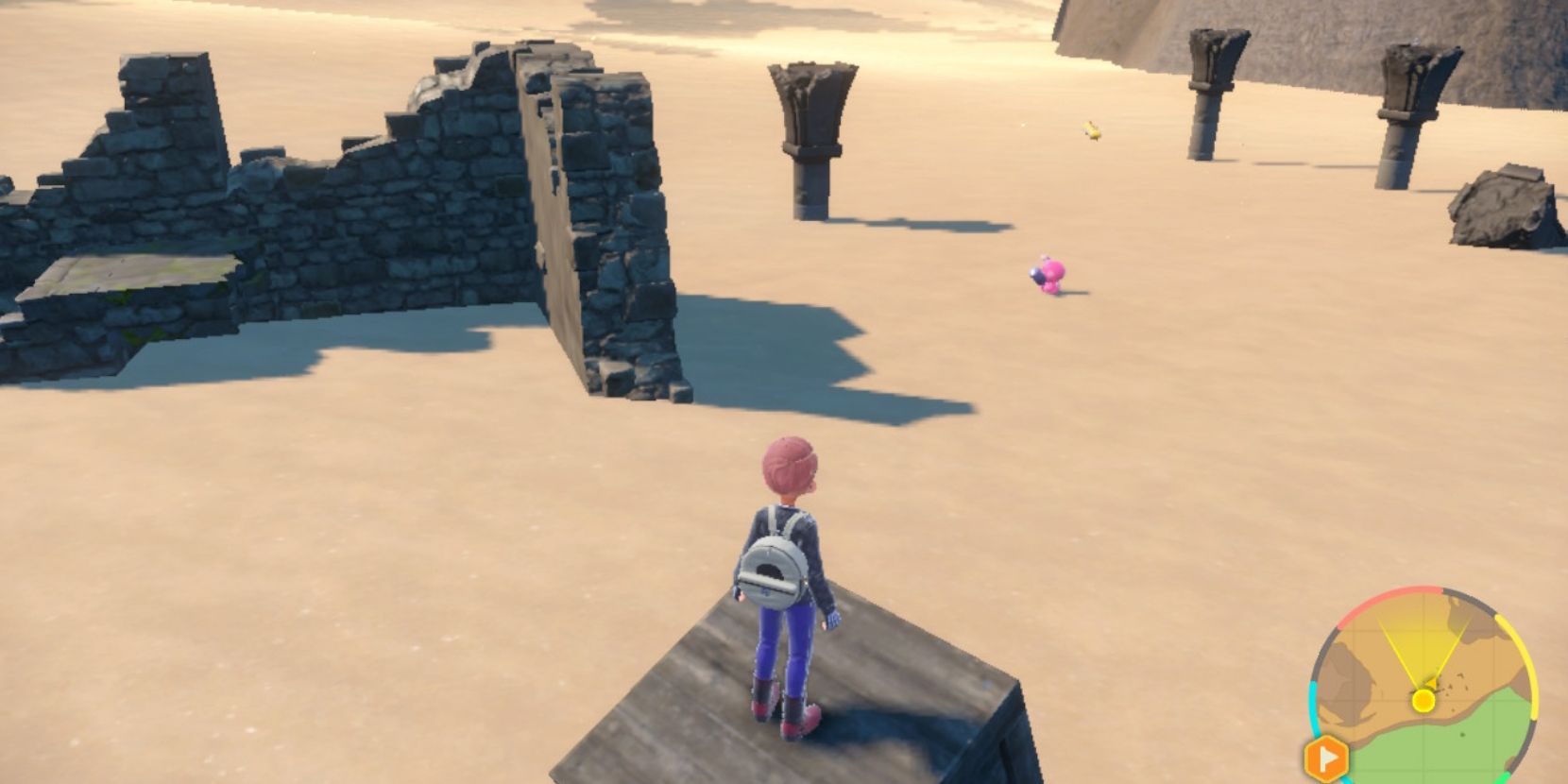 If you’re going for gyms first, coming across a huge desert may come as a surprise when you’re required to trek across it for a gym battle. You could go straight to the direction that you’re pointed in, or you could explore the desert a little and see what’s at the edges.

If you first follow the eastern edge of Asado Desert along the cliff basin, you come to what appears to be ancient ruins. This little heap of archaeology may be one of many nods to Pokemon Legends: Arceus and its ancient setting, and also home to a Gimmighoul. Catch it, or farm some coins out of it. 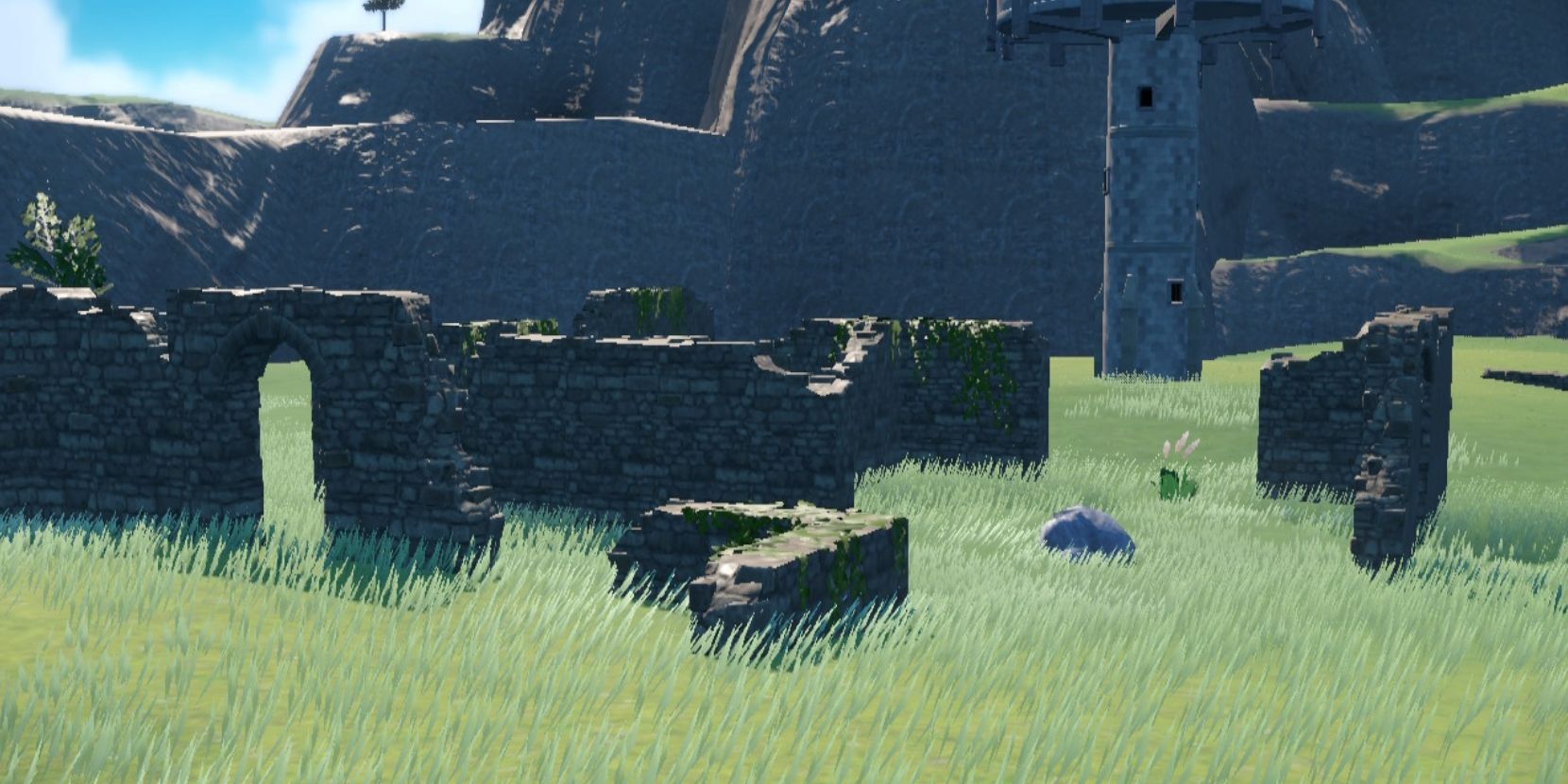 Paldea is home to many climates, but there isn’t a lot of wild forest to speak of. The meadows and woods south of Asado Desert are small, but there are some things to discover once you take down Team Star in this area.

Venturing towards the Cascarrafa area from the Southwest brings you to some partially hidden ruins. You can get a quick photo of it for some Pokemon Snap vibes, or you can poke around and grab yourself another Gimmighoul. 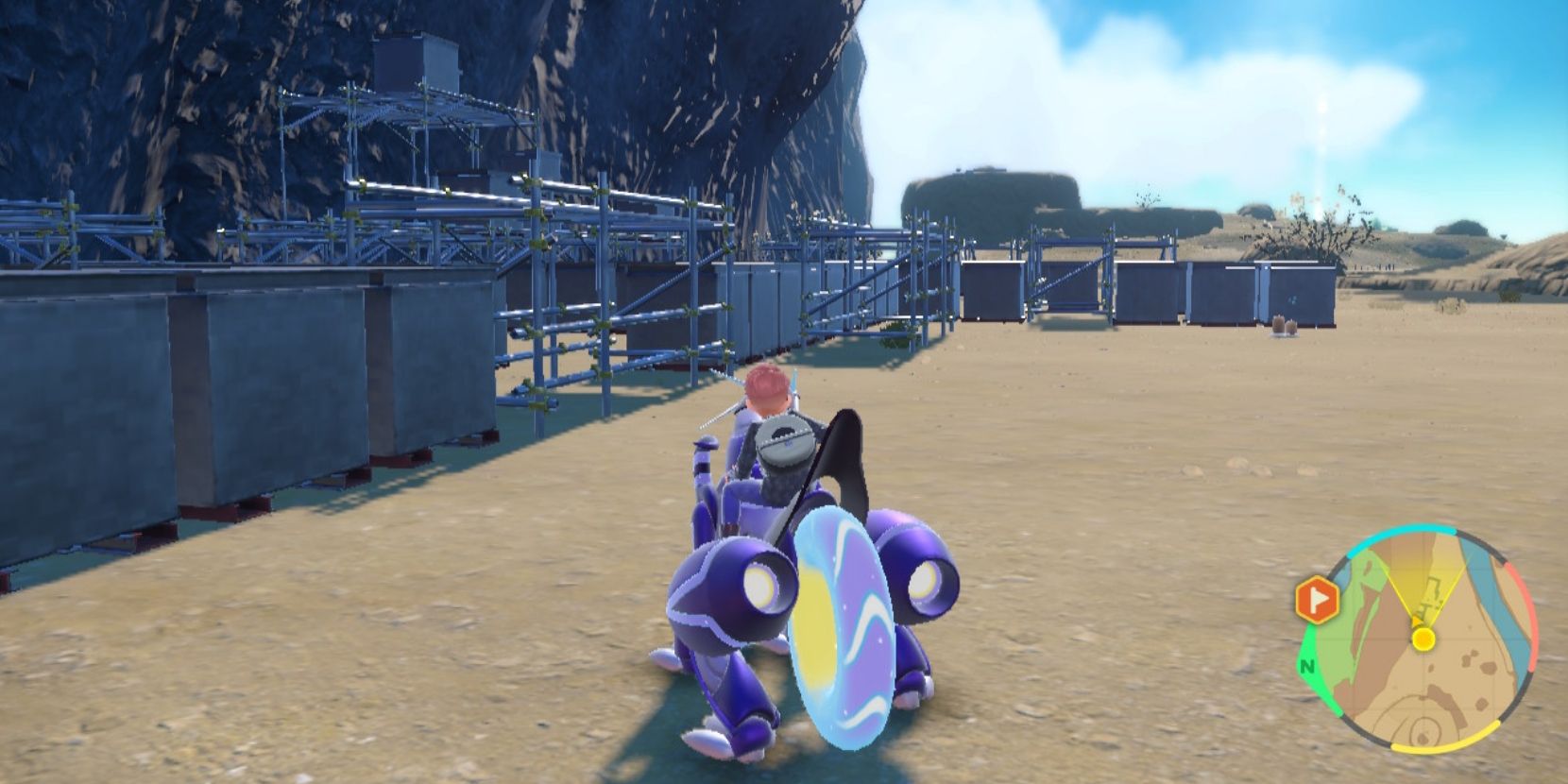 Even in the world of Pokemon, there are still some pretty hard jobs to do. Someone needs to be responsible for all the construction and mining that a modern society requires, after all. Between Area Three of East Province and Area Two of North Province, there’s a worksite that rolls on for what seems like miles.

Towards the Eastern side of this vast plain of labor, you can find a lone scaffolding that’s covered in items, Gimmighoul coins, and useful TMs. Be careful not to get your mount Pokemon stuck while jumping around, though. 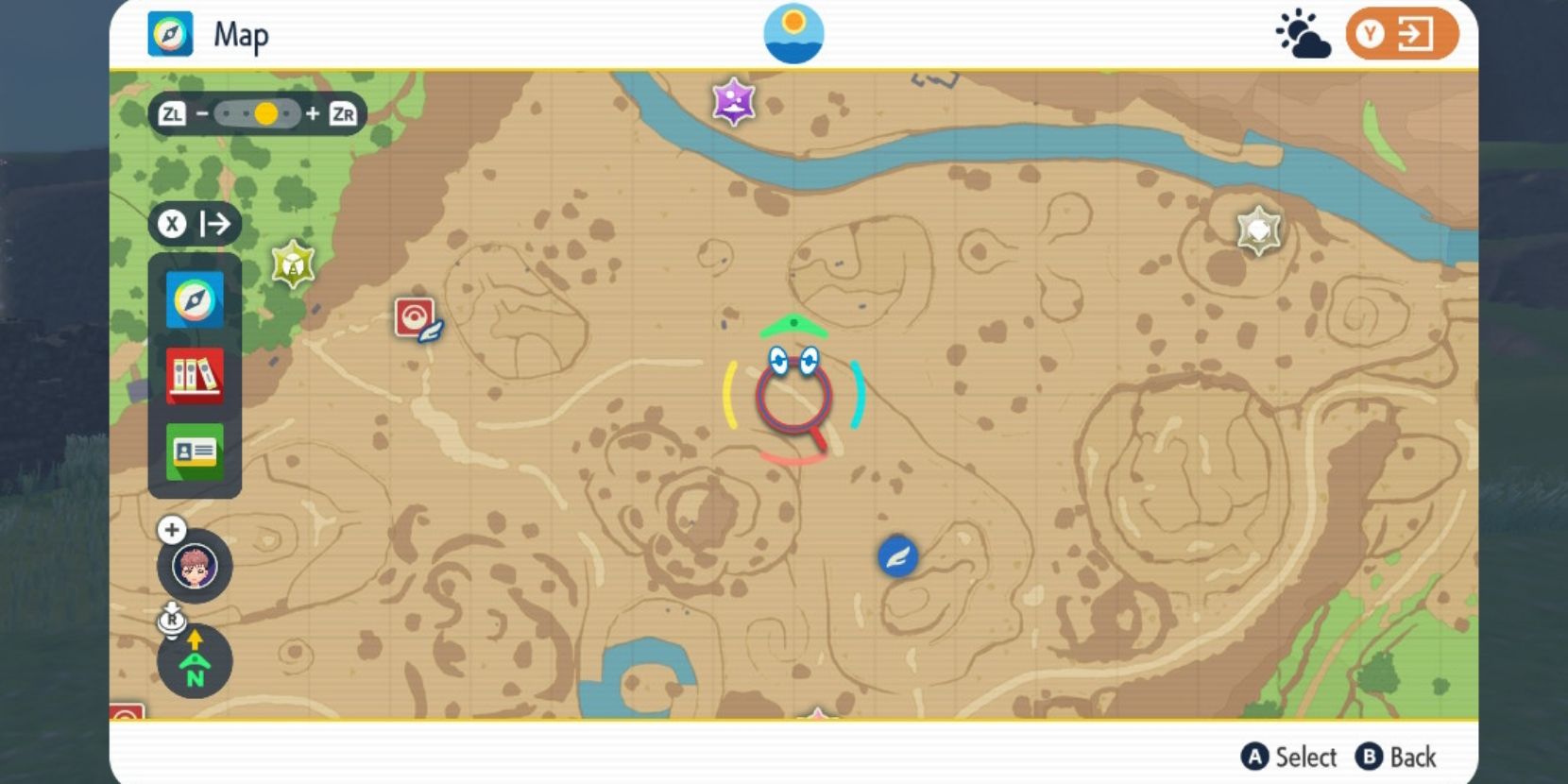 Picking around the worksite area nets you a lot of items, new moves, and cool Pokemon. Following the river that goes through Tagtree Thicket on the North side can get you some rare Pokemon sightings if it’s the right time of day, and it can also lead you to a mound of treasure.

This silt mound looks normal at first pass, but if viewed from the top, you can see that valuable items are scattered all around like a dusty Christmas tree. What a useful pile of coal. 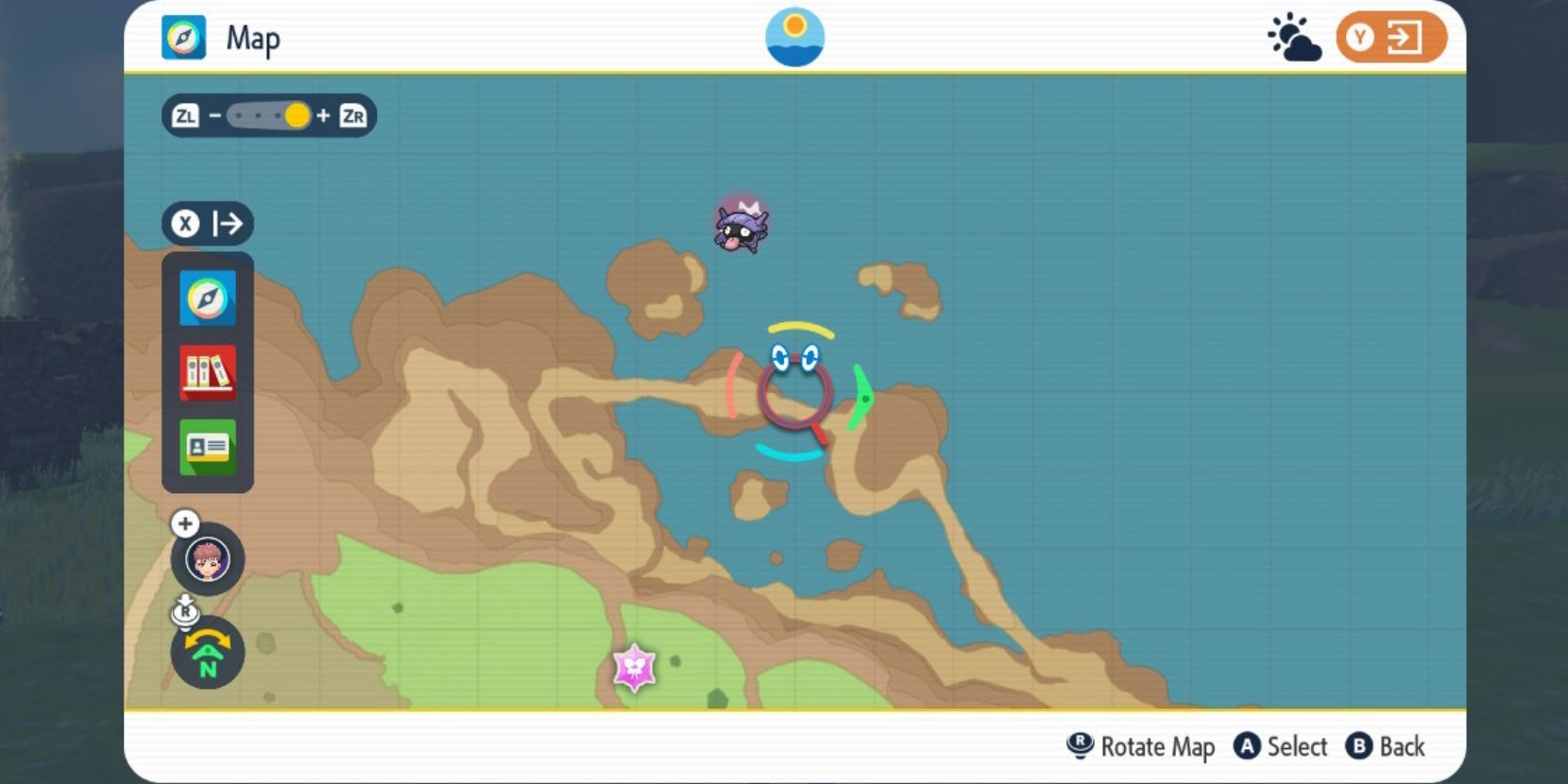 Alfornada is one of the most difficult spots to get to in Paldea. Beyond a treacherous cave filled with dangerous Pokemon lies a gauntlet of high-level trainers waiting to take you down a peg. However, there are alternate routes if you’ve got enough upgrades to Miraidon or Koraidon.

Next to the ocean on the way to Alfornada, a detour can be found by hopping down the cliffs and looking for a narrow path. Be sure not to fall into the ocean if you don’t have the upgrade that allows you to ride on water yet. 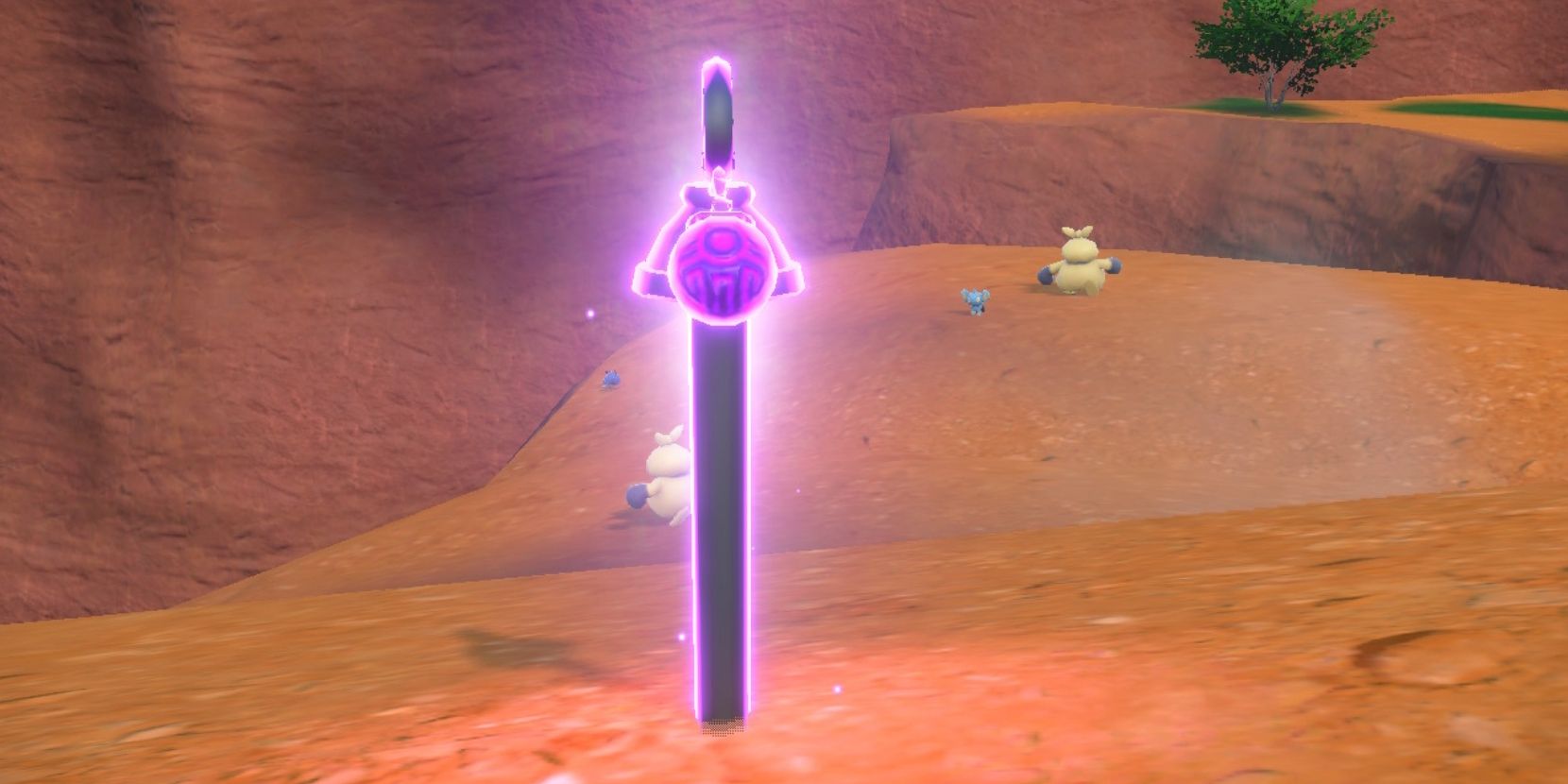 If you’ve ever been high-up and saw what you thought was a magical glowing rod sticking out of a rock, that wasn’t your mind playing tricks on you. These staffs are meant to be collected, and most of them can only be spotted easily from above.

Max out your upgrades to Miraidon or Koraidon by taking on the titans, and then get to climbing to find all of these Ominous Stakes. Collecting every one of each color will reveal an even bigger secret that sticking to the main roads keeps you away from. 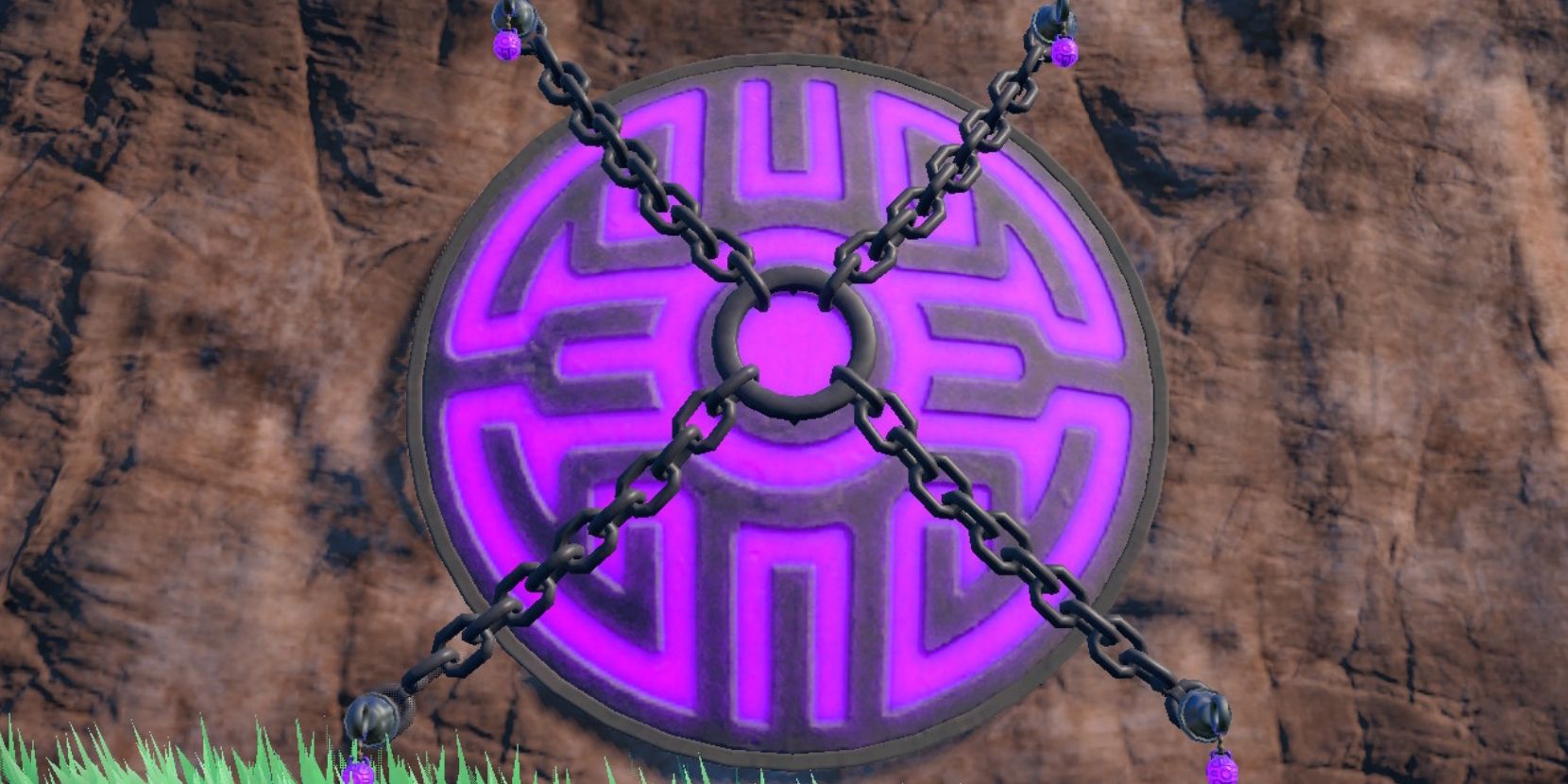 Nintendo games are well-known for adding quests and minigames that revolve around temples and shrines, and even the older Pokemon games had a dash of it with spooky areas like Lavender Town and martial arts shrines dedicated to Fighting-type Pokemon like Urshifu.

The shrines in Pokemon Scarlet and Violet can be found by discovering all their corresponding Ominous Stakes and opening up these ancient temples. Collecting them all gives you a run-in with certain Legendary Pokemon. Make sure you have Koraidon or Miraidon fully upgraded so that your quest is a little easier. 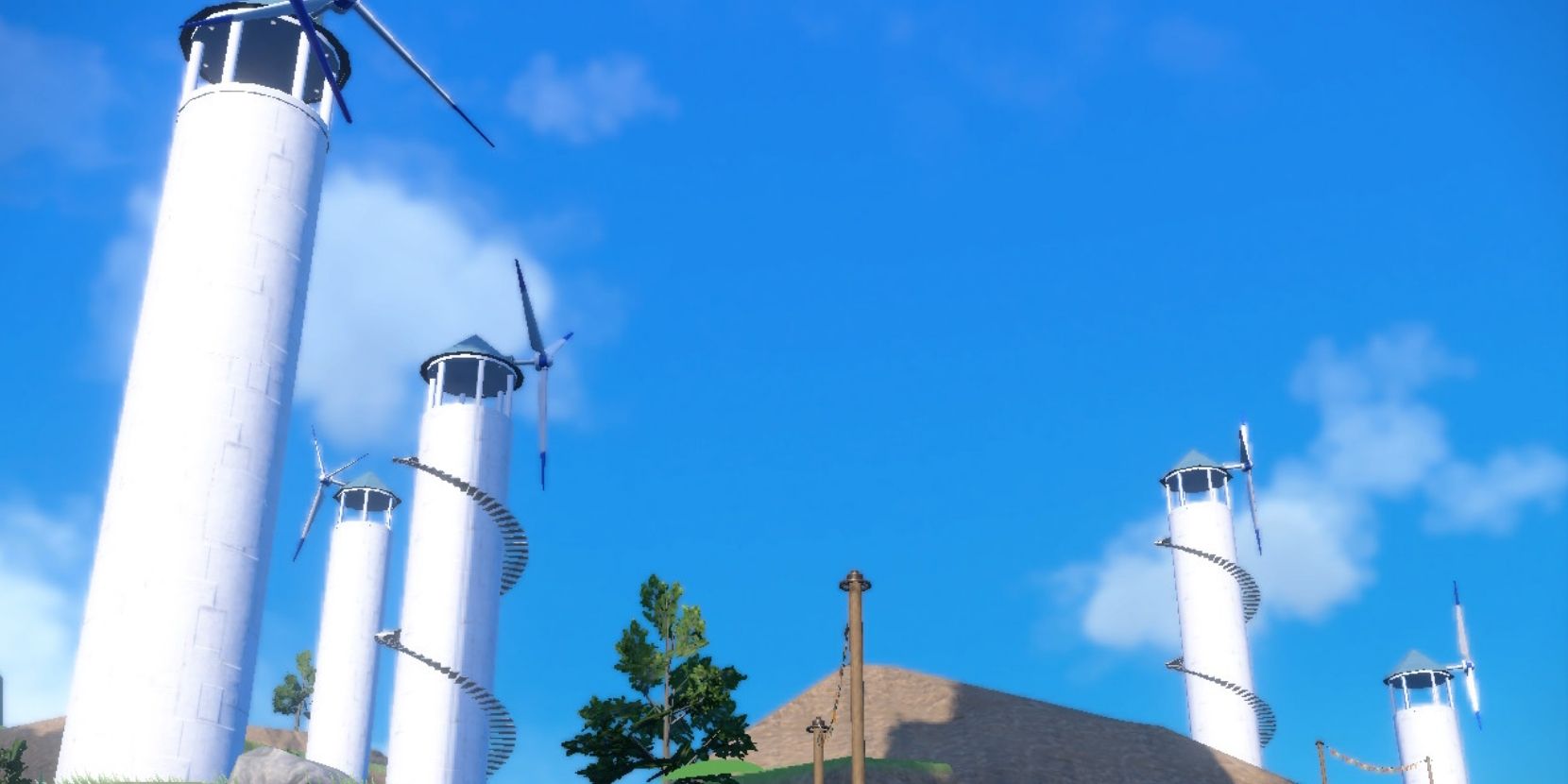 You might be wondering just where you can and can’t go in Pokemon Scarlet and Violet. Not every building can be entered now, but there is a new feature to explore. Towers are scattered about Paldea that are all accessible in some way or another. If they can’t be scaled using the attached ladder, there’s always another way up.

Some of the towers unlock fast-travel points, and all of them have various items and supplies waiting along the levels. They’re also great for farming Gimmighoul coins if you’re looking to level up the miniature mimic Pokemon. 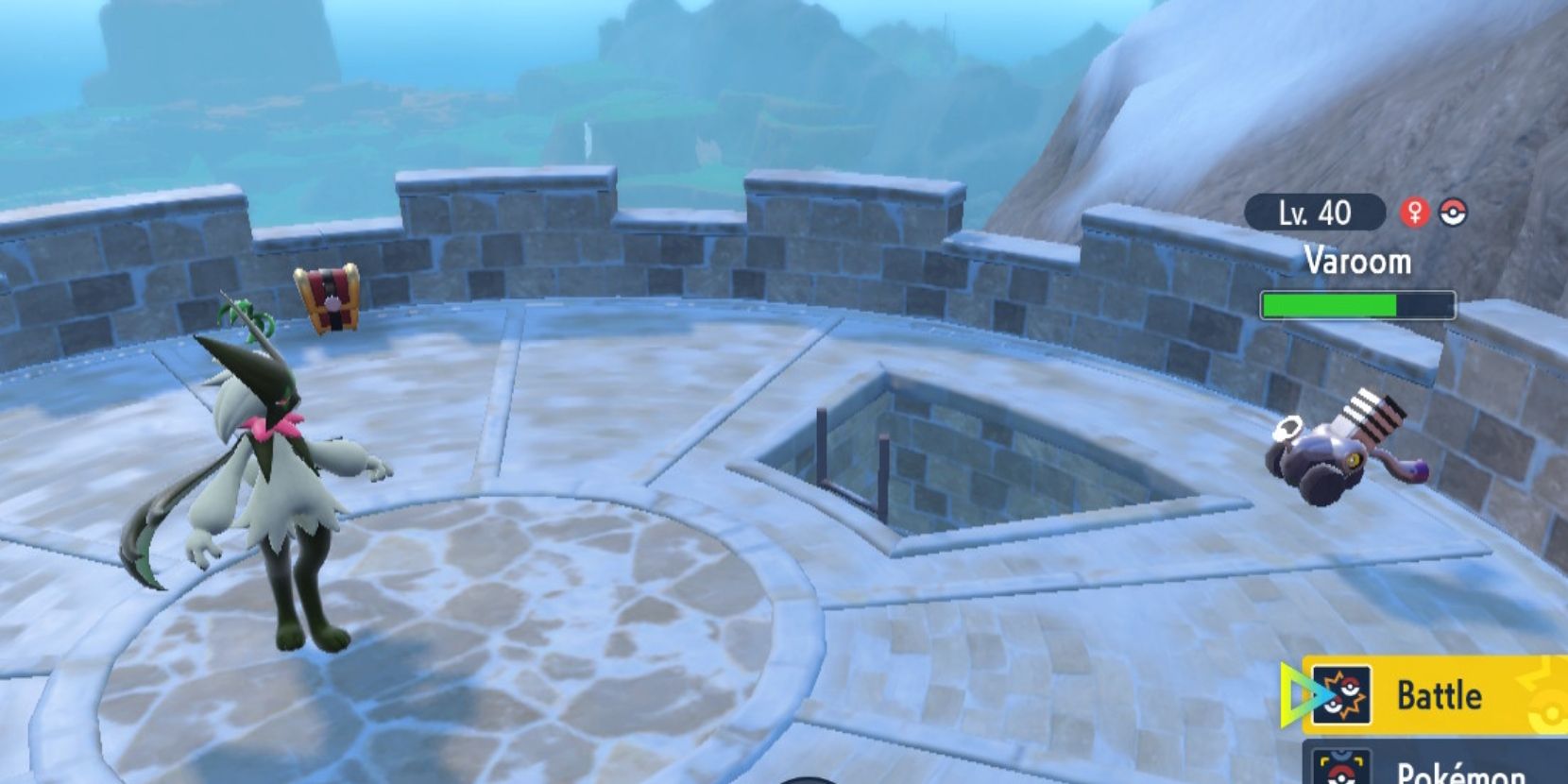 Glaseado Mountain is some pretty treacherous territory, as can be expected when you’re scaling an icy slope in the wilderness. On the east side of the mountain, there’s a tower that reaches the lower foothills of the mountain which can be hard to spot.

You’ll have to make a tricky jump to land on the top, and when you make it there, you’re met by a swarm of Varoom ready to pounce. Battling through them rewards you with not just a Gimmighoul but a valuable TM that makes all the work worth it. 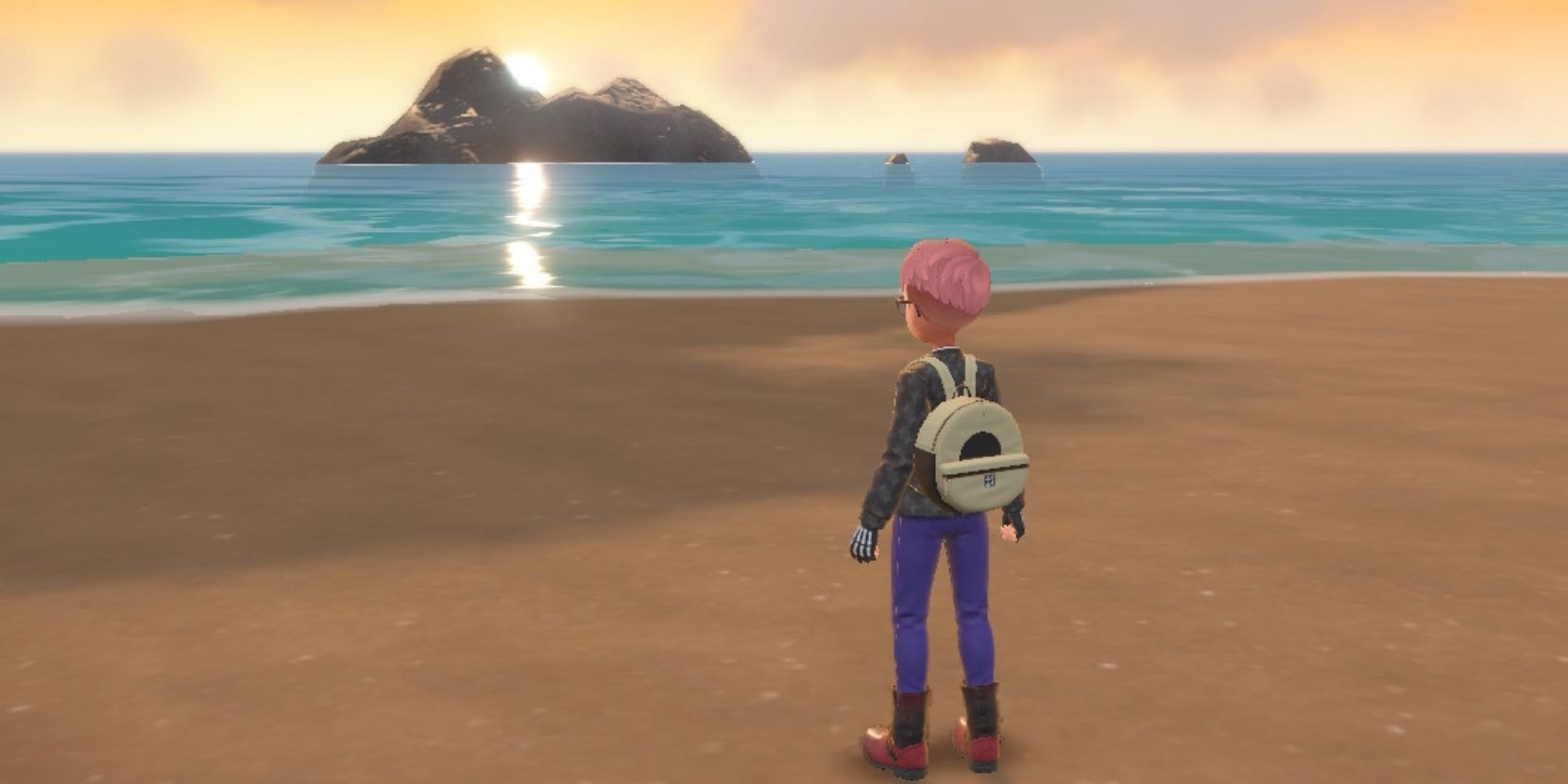 After you’ve defeated all the titans and upgraded Miraidon or Koraidon, it’s a good idea to head back toward the starting area. Not just because you need to be there for the next quest but also because you may have forgotten about the wide open sea that was previously inaccessible to you.

Touring the islands around Paldea is a fruitful adventure that you can spend a lot of time on. There are Pokemon to be found, trainers to battle hanging out on the tiny islands, and a whole rocky mountain filled with priceless items and TMs. Gimmighoul farming? It's everywhere out here. 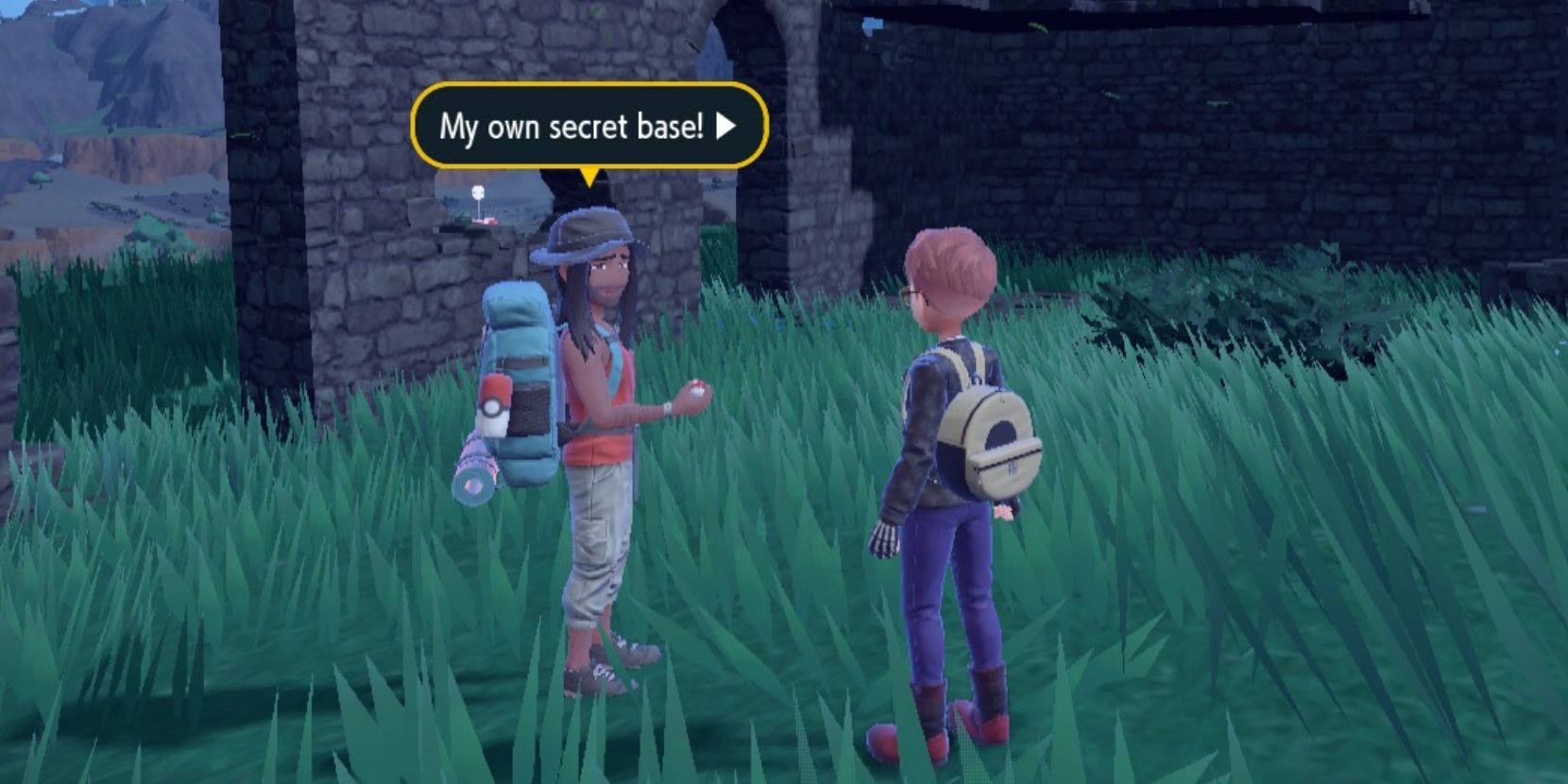 South of Glaseado Mountain, there’s solace to be found in the Pokemon Center nestled in the woods. It’s a nice respite for when the going gets too tough and you’re out of picnic supplies. If you explore the woods around this area, another set of ruins can be found, but this time they’ve already been claimed.

Sorry Jaime, your secret base wasn’t secret enough to avoid an item-hunting Pokemon trainer lost in the woods. Once you’re done battling Jaime, there are yet more Gimmighoul coins to collect before you’re on your way.