The PlayStation Portable (PSP) is a fascinating piece of hardware. Sony’s first foray into handheld consoles was also its most successful, managing to compete with Nintendo’s immensely successful Game Boy Advance while etching out its own unique place in gaming history. The PSP’s sleek design, impressive selection of games, and added features made it an unexpected hit at the time of its release.

With the news of PlayStation Plus’ transition into a tiered system, many of the greatest hits from throughout Sony’s history will be readily available to PlayStation fans who subscribe. We’ve already covered our choices for the PS1, PS2, and PS3, so here are the PSP games we’d like to see in this collection. 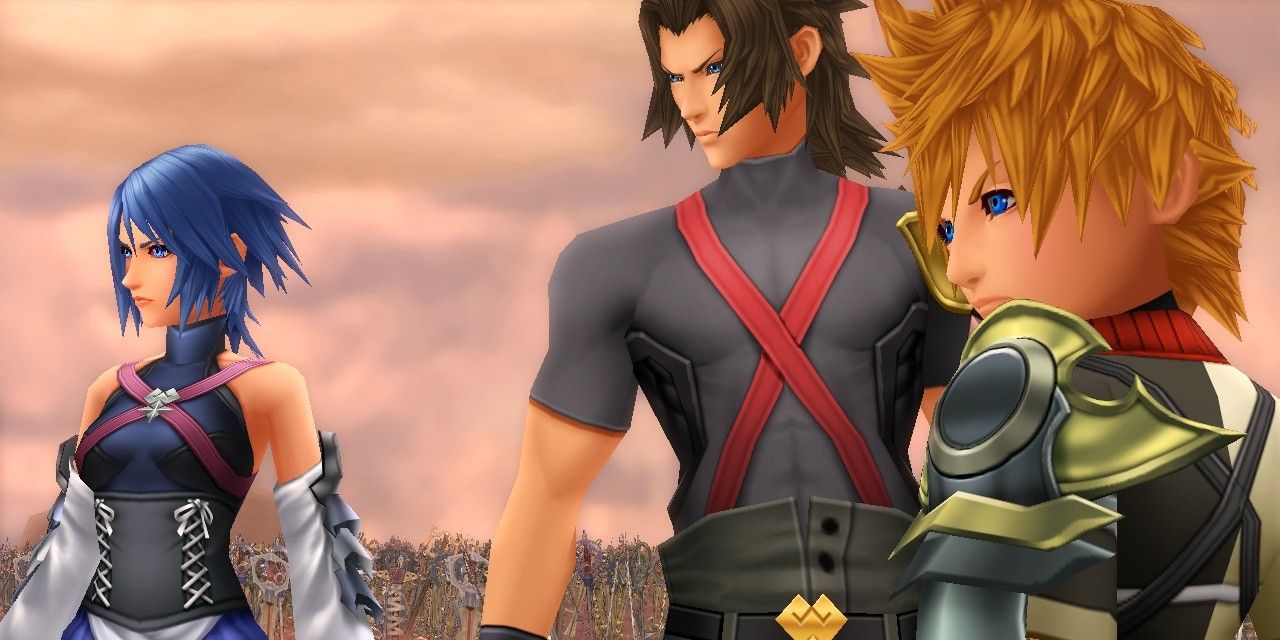 While the Kingdom Hearts series is known for its complex story, it's also full of well-received and enjoyable entries. Among these titles is Kingdom Hearts: Birth By Sleep, the formerly PSP-exclusive prequel to the series starring new characters Terra, Ventus, and Aqua.

Birth By Sleep was immediately praised by fans upon release, heralded for its tight gameplay mechanics and intriguing plot. Though the game is bundled in with the Kingdom Hearts 2.5 collection, including it with PlayStation Plus Premium would just give more players access to one of the best entries in the series. 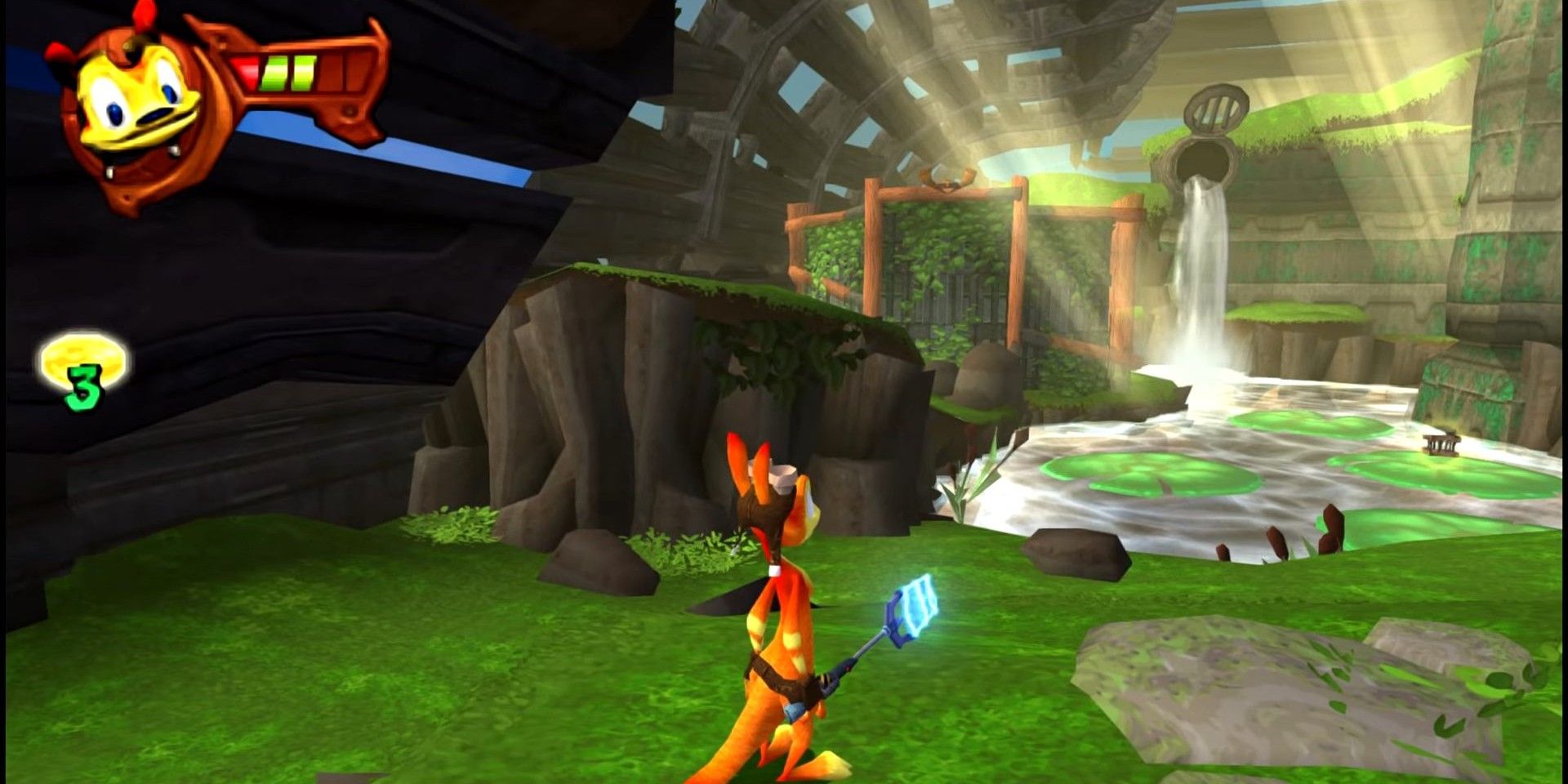 Daxter, the lovable sidekick from the Jak & Daxter series, finally gets his own adventure in this PSP platformer. Playing as the titular wise-cracking ottsel, you'll run, jump, and exterminate your way through the colorful world in search of an imprisoned Jak. The game also features dream sequences parodying popular films such as The Matrix or Braveheart.

Including this spin-off into the PS Plus Premium collection would be a great way for players to experience this title, and to bring Jak & Daxter back into the spotlight a little. 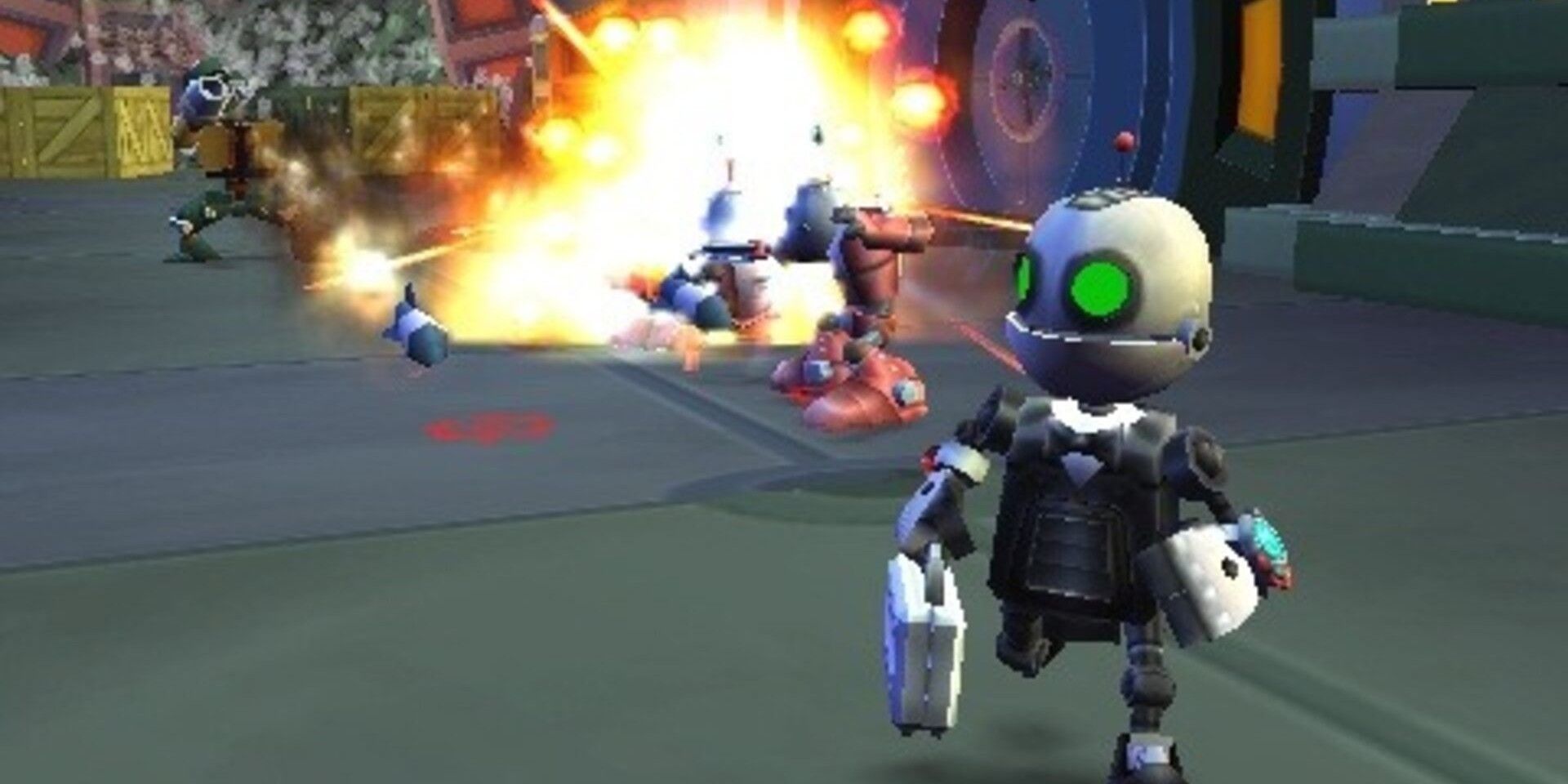 Similar to Daxter's solo adventure, the Ratchet & Clank series received a spinoff on the PSP starring the popular little robot. The game gives Clank his own arsenal of weapons to utilize, with a selection of James Bond-esque gadgets at his disposal as well.

There are even segments of the game where you play as Ratchet, as Crank smuggles weapons into prison for him to use. Seeing this available to play again would be an excellent addition. 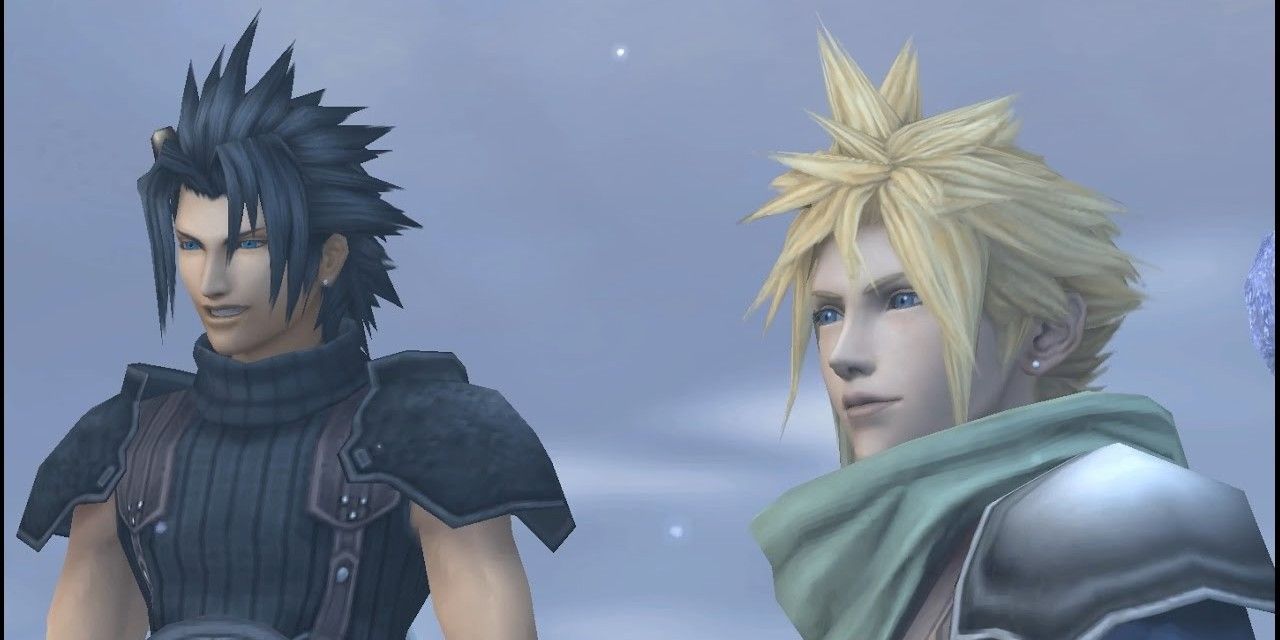 During the PSP's life cycle, the beloved PS1 RPG Final Fantasy 7 also received a number of sequels and spinoff projects. One such project was Crisis Core: Final Fantasy 7, a prequel to the events of Final Fantasy 7 that was released for the PSP.

Crisis Core tells the story of Zack, Cloud's mysterious best friend whose life is only detailed midway through the original title. The game has some impressive visuals for the PSP as well as a more action-packed combat system that's more in line with the recent Final Fantasy 7 Remake than the original game. 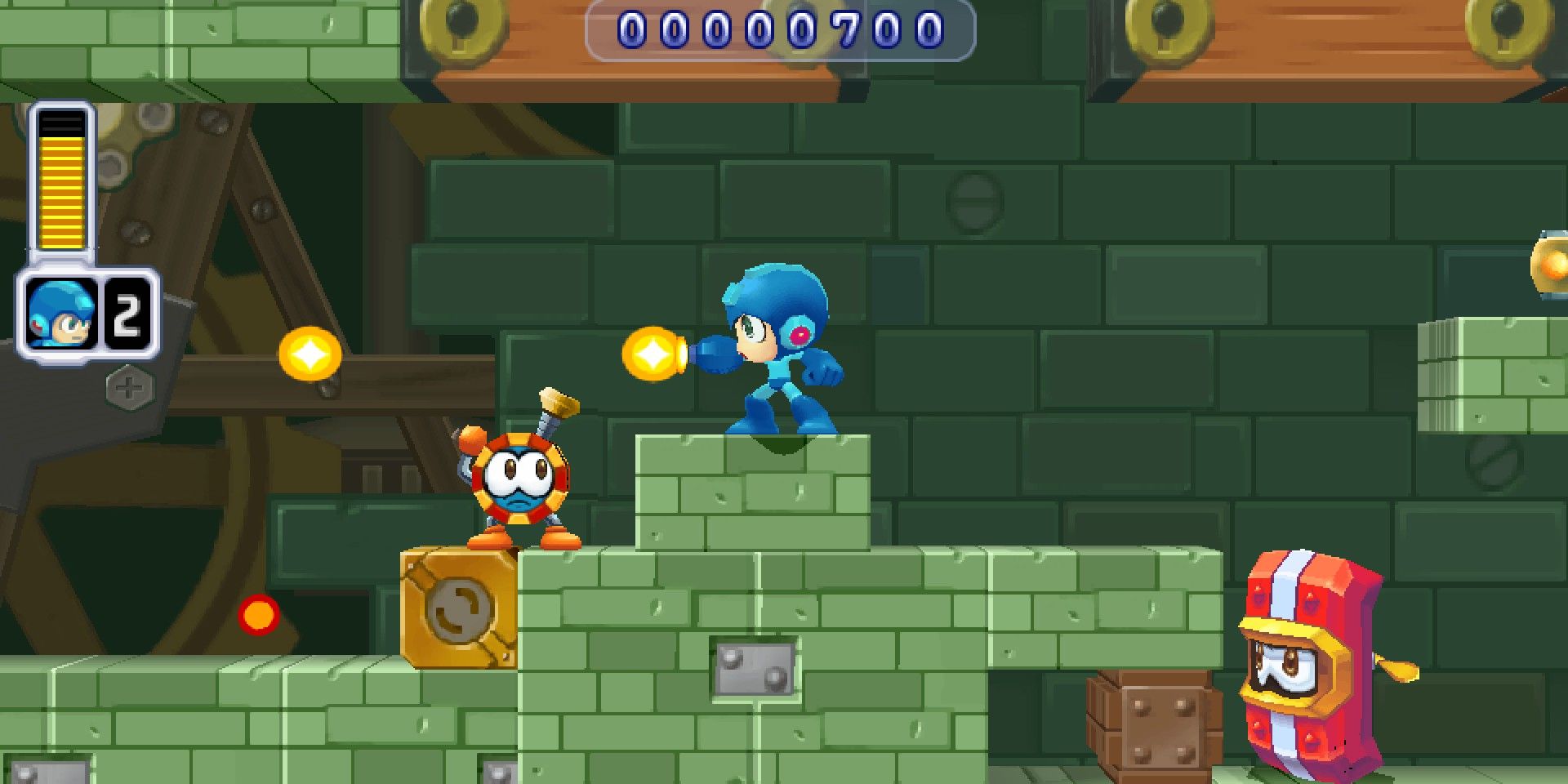 Mega Man's most adorable adventure is also one of his best on the PSP. Mega Man Powered Up is a full remake of the Blue Bomber's original NES game, complete with a few new levels and abilities to accentuate the experience.

The game even includes a level editor for those who want to set up their own unique challenges for Mega Man. Between its endearing art style and its classic platforming, this is a title worth revisiting.

6 God Of War: Chains Of Olympus 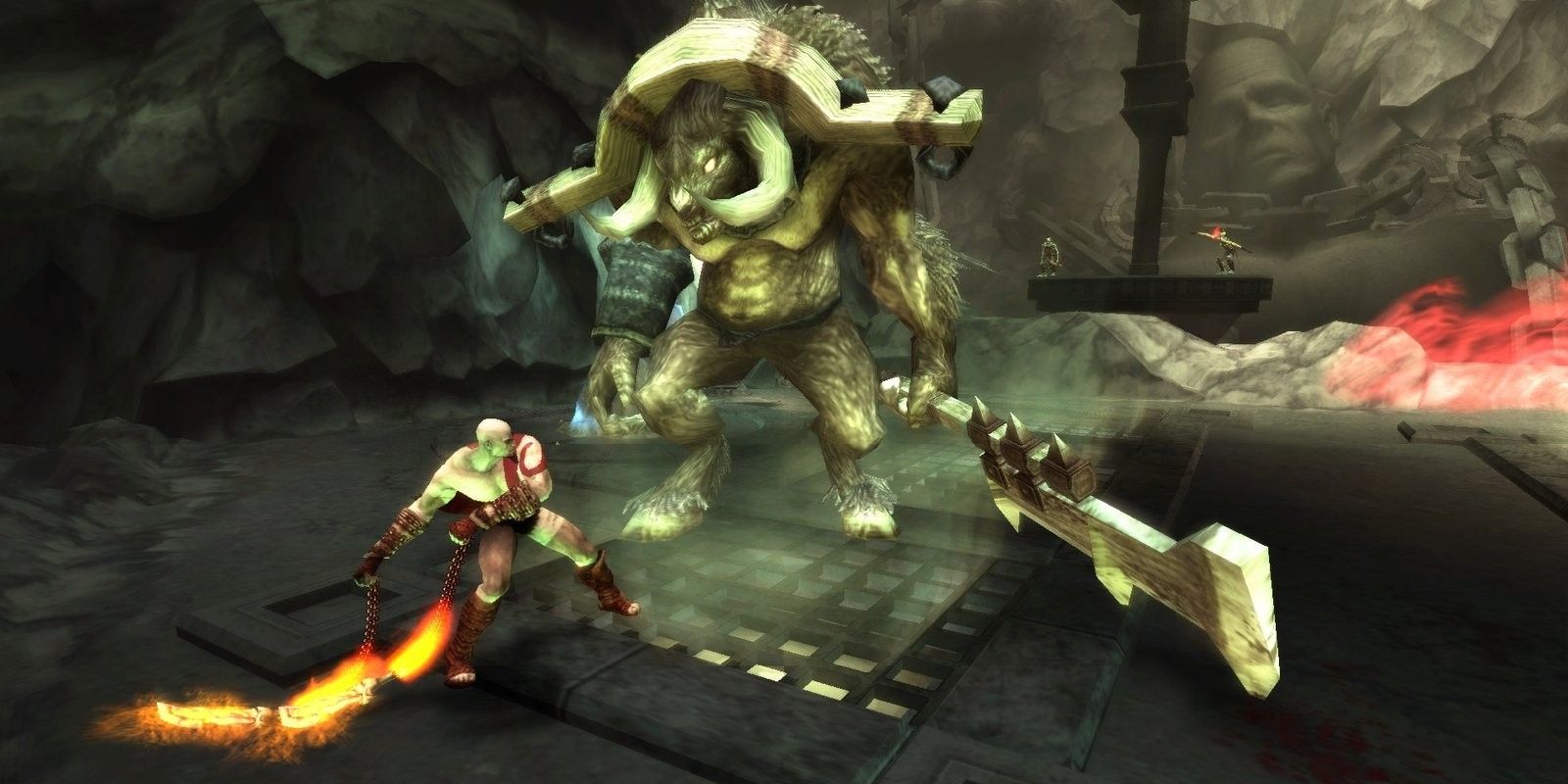 God of War: Chains of Olympus is the highest-rated PSP game of all time, and for good reason. While other series received similar portable-sized iterations such as Uncharted and Killzone, few managed to be anywhere near as impressive as this title.

A prequel to the original God of War on the PS2, the game puts you into the shoes of a young Kratos, still working under the Olympian Gods as their champion. Kratos is asked by Athena to seek out a way to stop the Dream God Morpheus, who has set many of the other Olympian Gods into a state of deep sleep due to the absence of the Sun God Helios The game's visuals and polish shine even on the PSP, and its intense hack-and-slash gameplay is every bit of the original God of War experience. 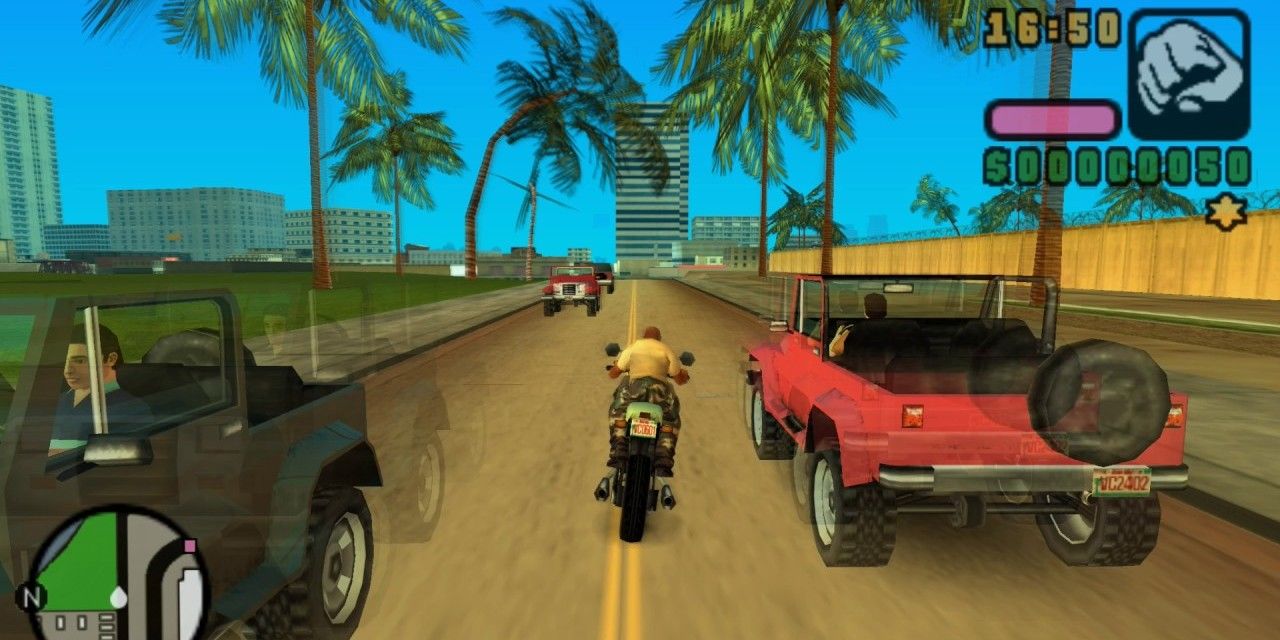 The Grand Theft Auto series was initially associated with the PlayStation family of consoles, so it only makes sense that the PSP would receive a number of quality iterations of Rockstar's infamous sandbox game. And while Chinatown Wars invoked the old-school GTA feel and Liberty City Stories was a fun return to the iconic setting of GTA 3, Vice City Stories is the strongest of the bunch.

A prequel to the PlayStation 2's Grand Theft Auto: Vice City, the game takes you back to the fictionalized version of Miami as you follow the criminal exploits of brothers Vic and Lance. Unlike Liberty City Stories, the game features the swimming, driving, and building interiors of Grand Theft Auto: San Andreas, while also allowing players to build a criminal empire by buying businesses and eliminating rival gangs. 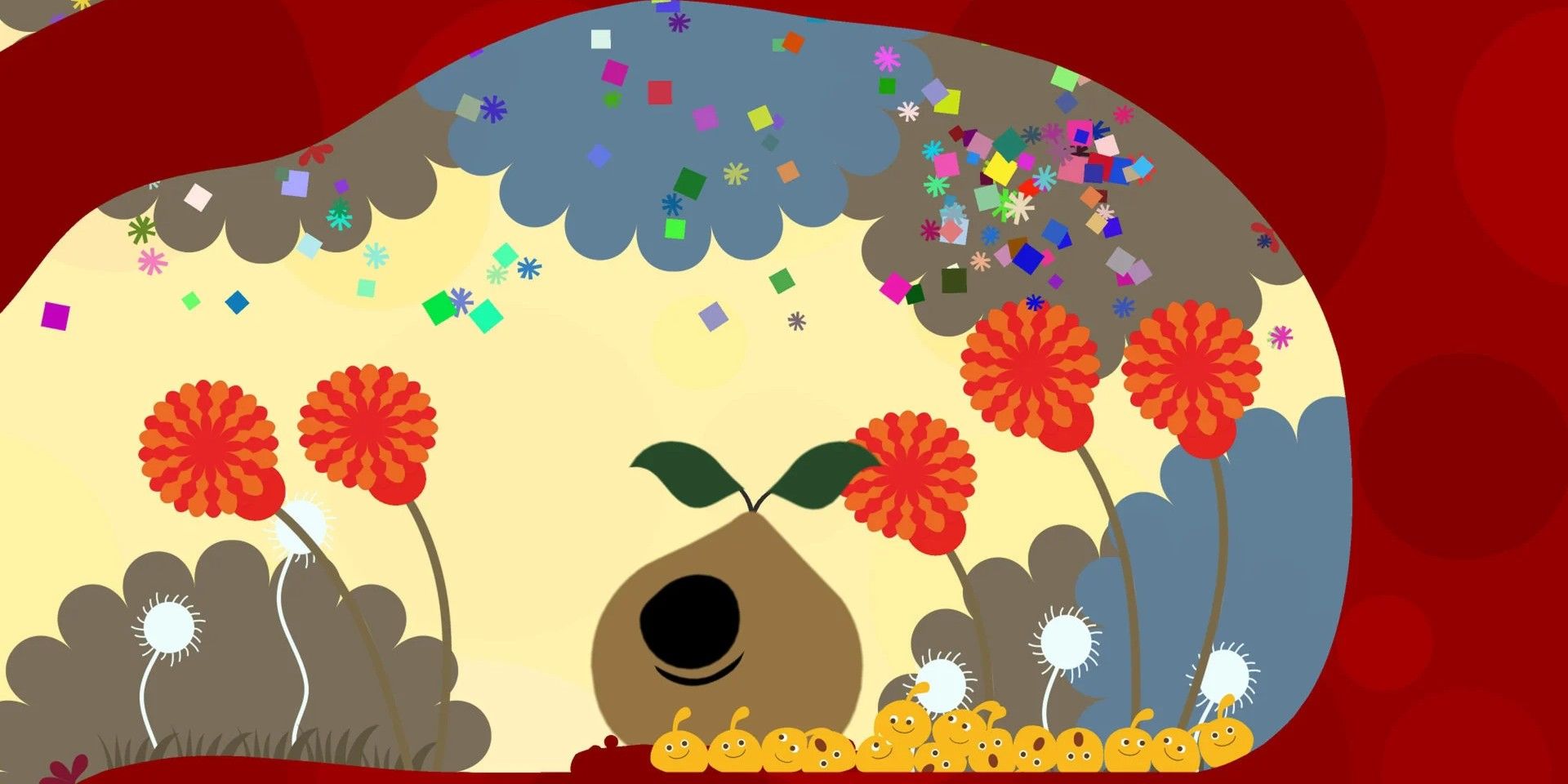 LocoRoco helped to define the PSP for many gamers. In this colorful puzzle game, you'll guide the round, yellow, blissful little LocoRoco through the world by tilting the environment around them using the L and R buttons.

Watching these adorable blobs bounce, squeeze, and fall through each level never gets old, as they combine into one large LocoRoco or split into numerous tiny beings as the need arises. 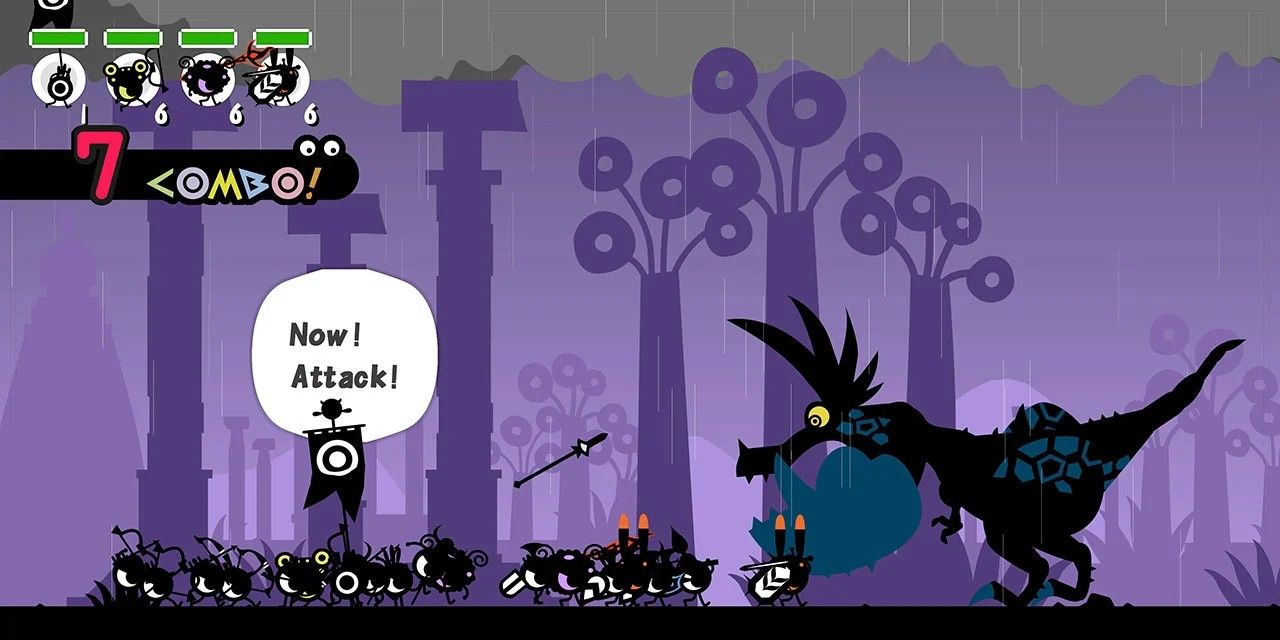 Another PSP puzzle game classic, Patapon sees you using music to guide a legion of tiny warriors named Patapon on their journey to the fabled Earthend.

2 Final Fantasy Tactics: The War Of The Lions 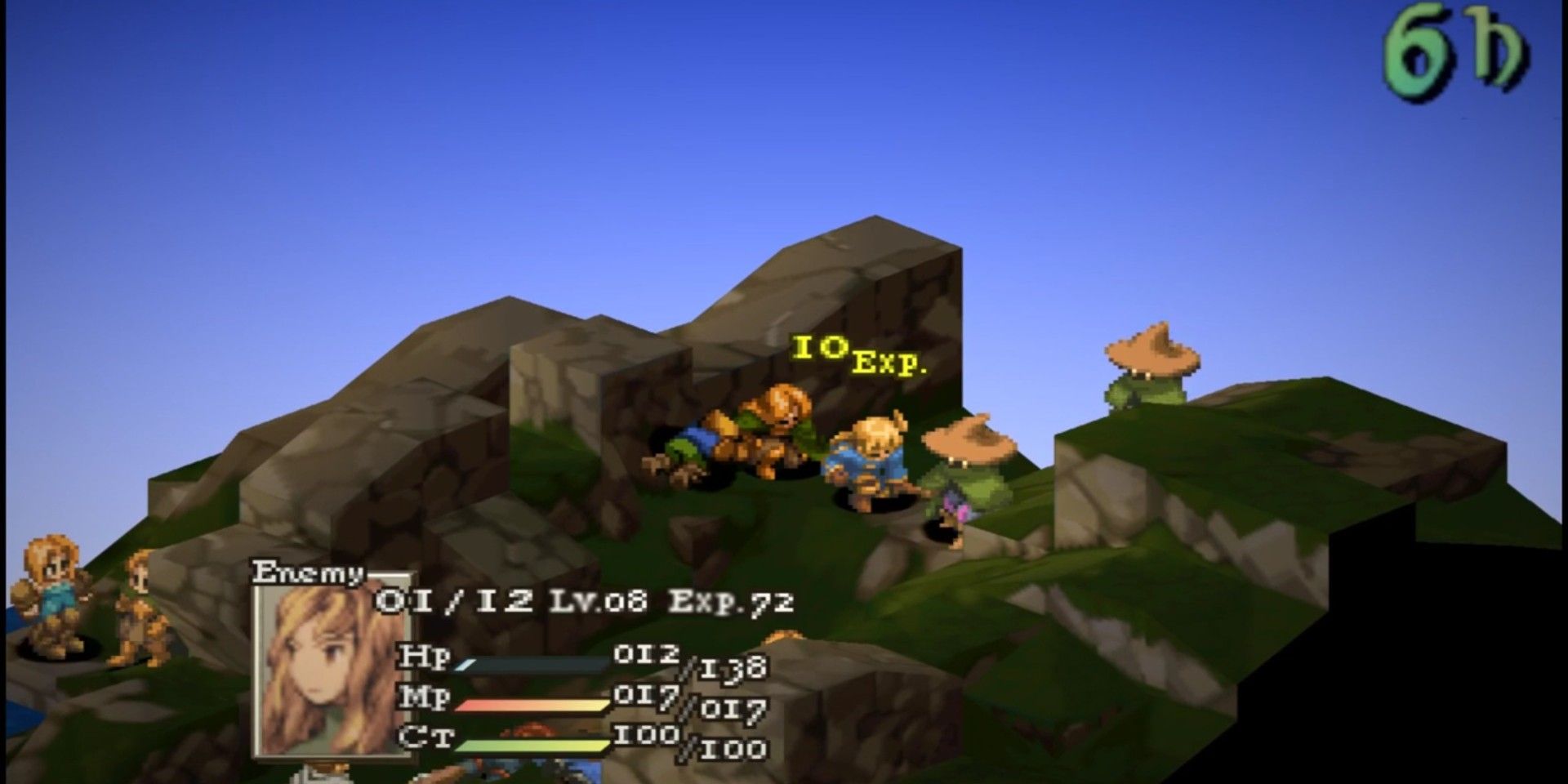 The Final Fantasy series has seen a number of spinoffs over the years, but none have had the impact of Final Fantasy Tactics. First released on the original PlayStation, The War of the Lions is an enhanced remake of the strategy RPG for the PSP.

In Final Fantasy Tactics, you'll help a young noble lord named Ramza as he attempts to quell a rising civil war in the land of Ivalice. The enhanced PSP version features brand-new cutscenes, additional characters, and even an added multiplayer element. 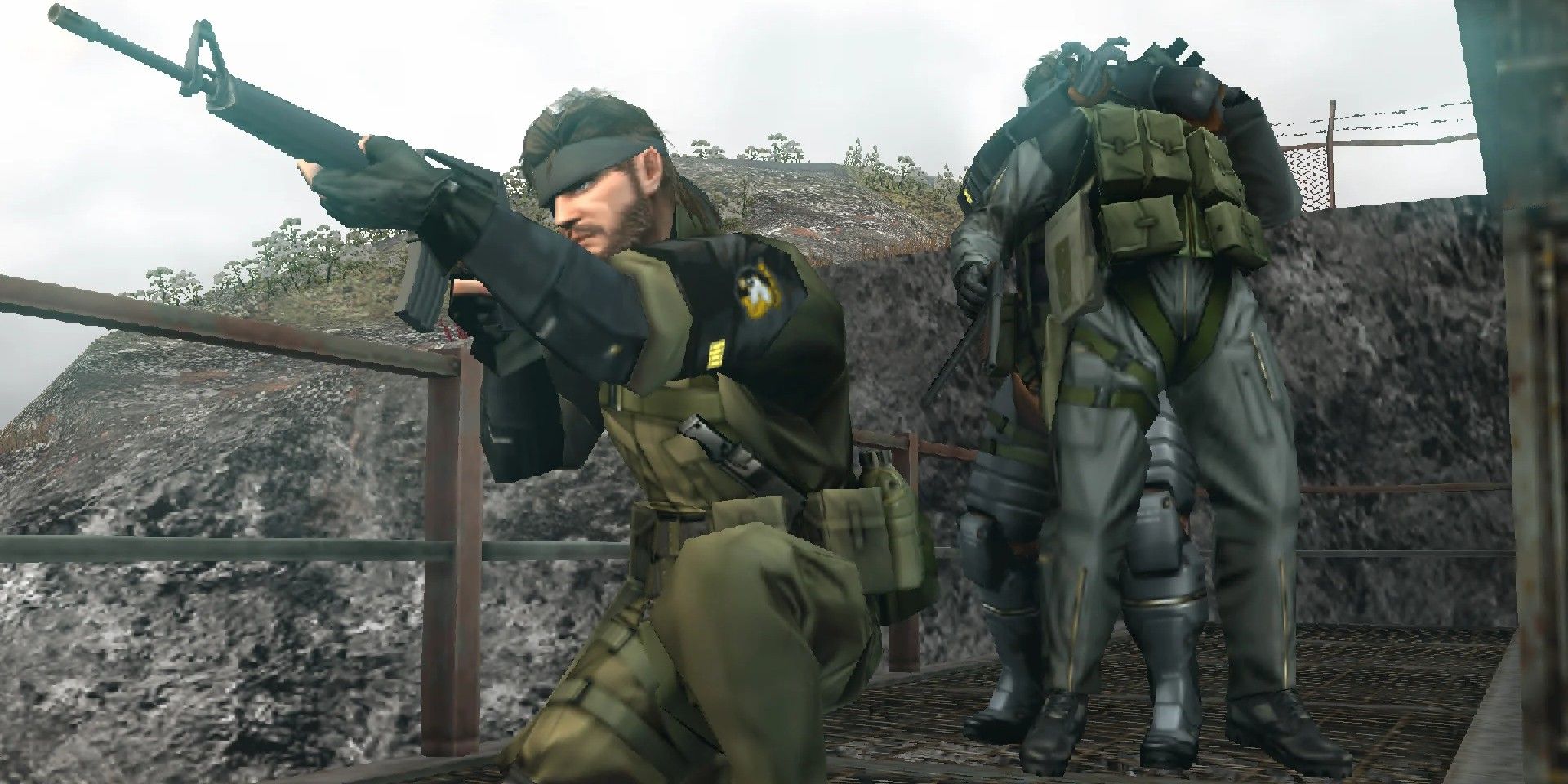 The classic Metal Gear Solid stealth is present in Peace Walker, with a few additions like interrogations from later games in the series. There is also an army management system known as "Mother Base", allowing you to manage and upgrade your forces as you progress. Incredibly polished and fascinating narratively, Peace Walker is an absolute no-brainer for this group of PSP games.