Chorus is a darkly beautiful game with a richly-imagined universe. Fans of Mass Effect and Star Wars will find lots to love with it, but like those storied franchises, Chorus has its share of things that don't quite add up under scrutiny. Space physics, plot holes, and even speed limits leave us wondering how things really work in the game's galaxy.

None of these will make you enjoy the game any less. Some might even give you a good chuckle. All of them, however, are elements of Chorus that just make no sense.

8 How Is the Sublight Drive Permitted in Settled Areas? 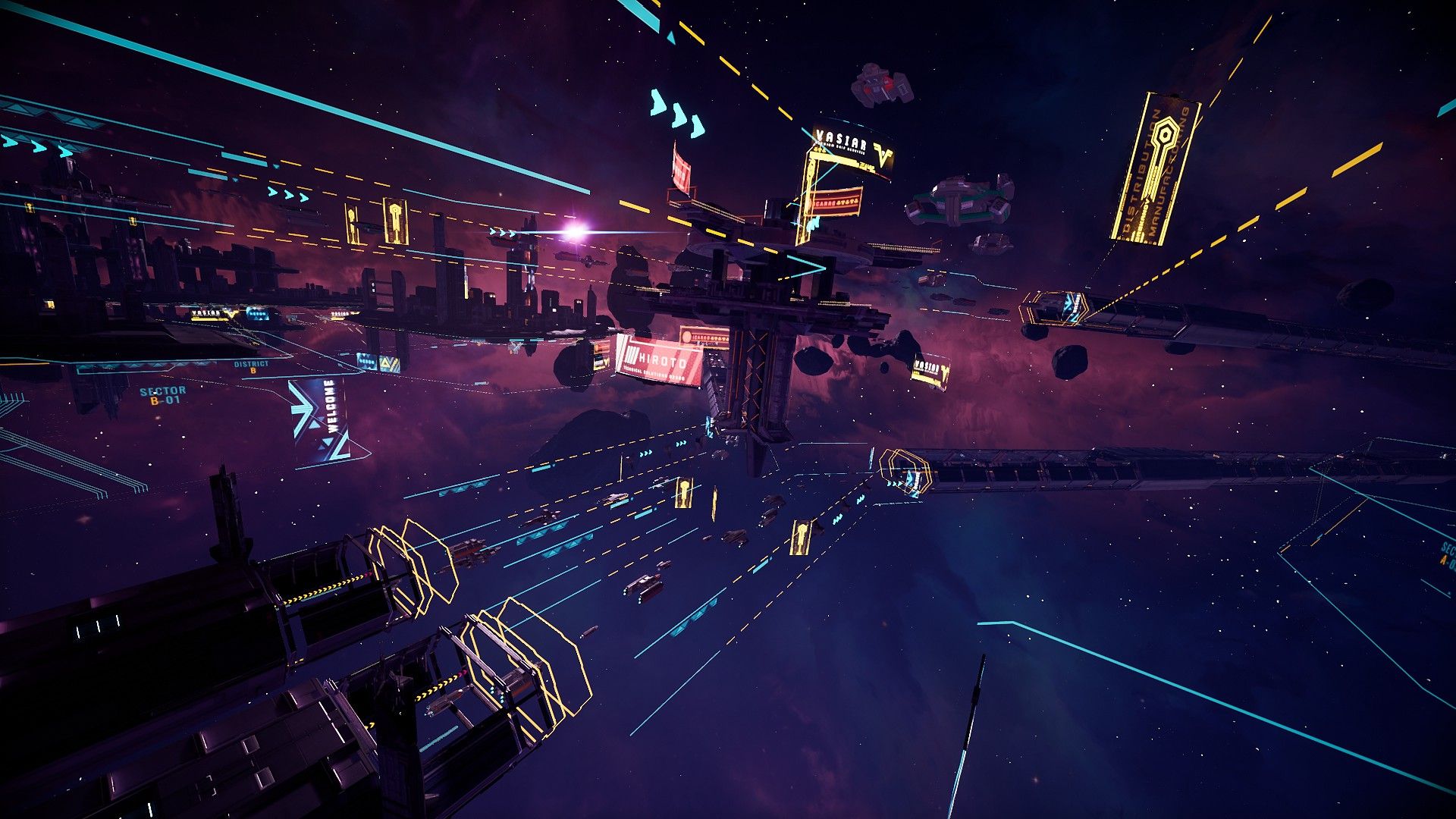 Nara and Forsa are able to cover large distances in a relatively short amount of time using their sublight drive. It's disabled during Missions, but can be used freely otherwise, even in populated areas like Nimika and the Enclave. Considering the speeds that Forsa can achieve, that's a disaster waiting to happen. While cruising on the sublight drive, Forsa reaches a speed of about 1.3 kilometers per second, or about 4680 km/h. For reference, a 21st-century SR-71 Blackbird can achieve speeds of up to 3,500 km/h.

What's more, acceleration gates allow civilian ships to reach those speeds. Traffic accidents end in tragedy all the time here on Earth at terrestrial speeds, so it would only be a matter of time before a crash occurs at just under Mach 4. The fact that sublight drives and acceleration gates are allowed anywhere near populated areas is frankly ludicrous.

7 Why Don't Any of the Large Asteroids Move? 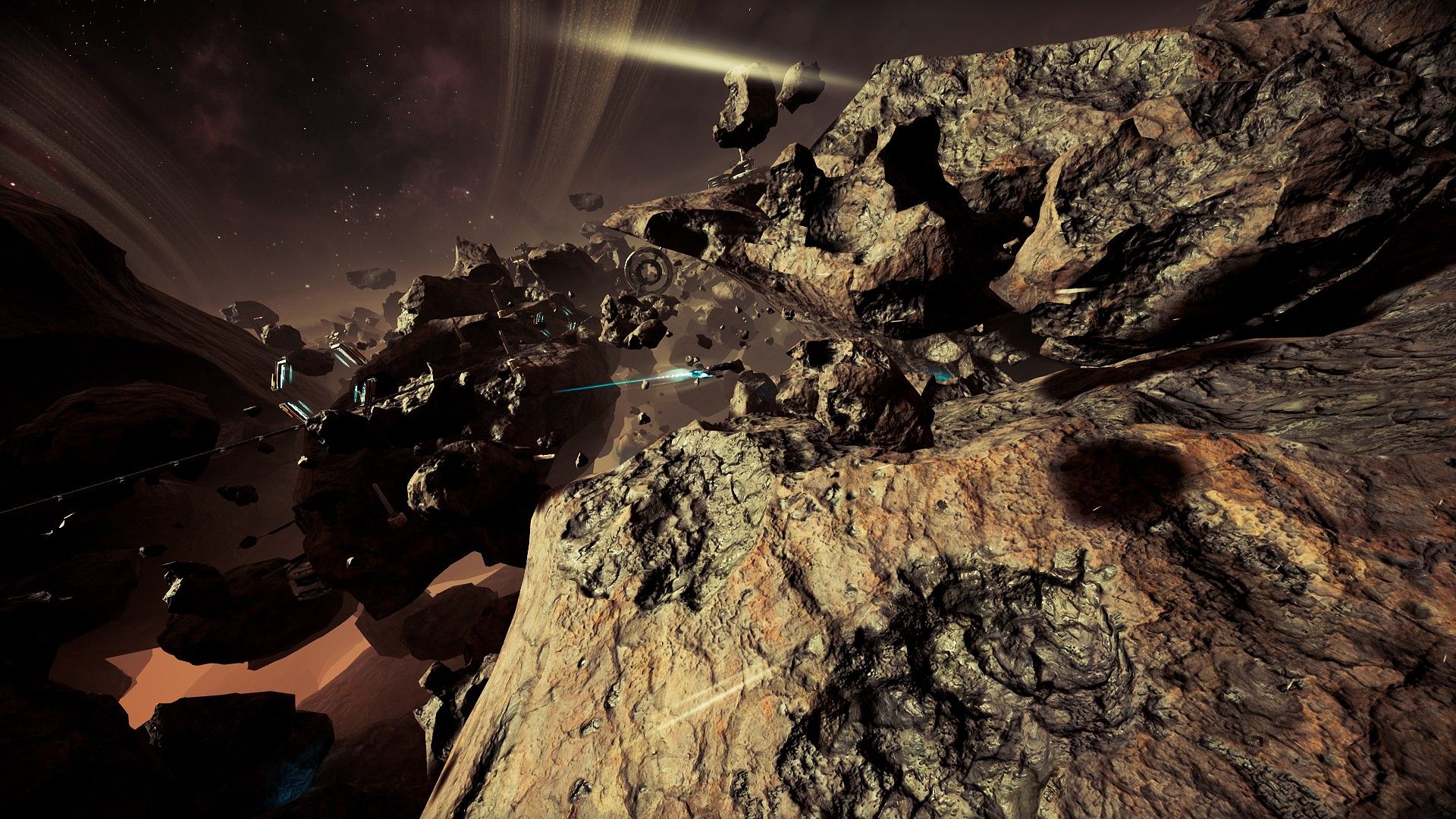 The team behind Chorus has created some truly breathtaking spacescapes. The game's asteroid fields are a thing of barren beauty, and you can even see metal deposits inside the rocks. What's weird about them is that they don't move. There are a few small chunks floating around here and there, but the colossal asteroids that serve as the game's set-pieces are all stationary relative to one another.

It's impossible for that many bodies with that much mass not to be affected by one another's gravity, and even if they were to achieve such a state, one tiny push would be all it would take to set everything back into motion. Obviously, trying to program the movement of all those celestial bodies would be a nightmare, so there's no faulting the developers for this space oddity, but it makes you wonder if the physics of Chorus's universe is different from ours.

6 Why Doesn't Forsa Ever Run Out of Ammo? 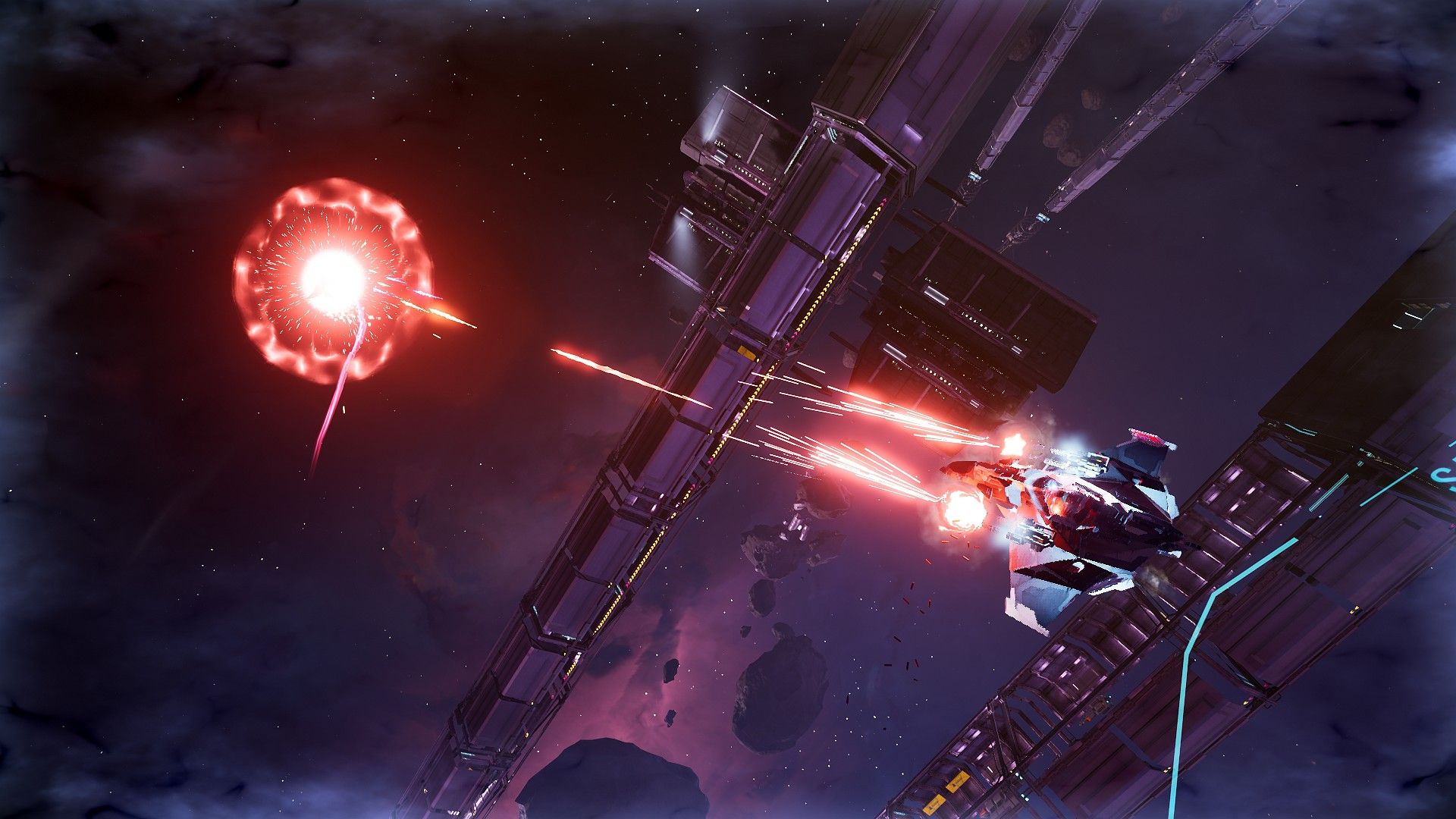 Forsa is an advanced, sentient fightercraft. It's natural to expect he'll be able to do some things that would border on magic, even without the help of Nara's Rites. One of his traits that stretches credibility, though, is the fact that he never runs out of ammo. His gatling guns can overheat, and he needs to reload his missile launchers, but his supplies are never exhausted. Where does all that ammunition come from?

We know that Forsa has access to infinite energy thanks to his dark-matter core, but converting that energy into matter would be absolutely miraculous. Since even the Circle hasn't gone post-scarcity, it's safe to assume that direct energy-to-matter conversion isn't an option within the confines of the game universe's technology. The question, therefore, remains; where does Forsa get his infinite reserves of ammo? 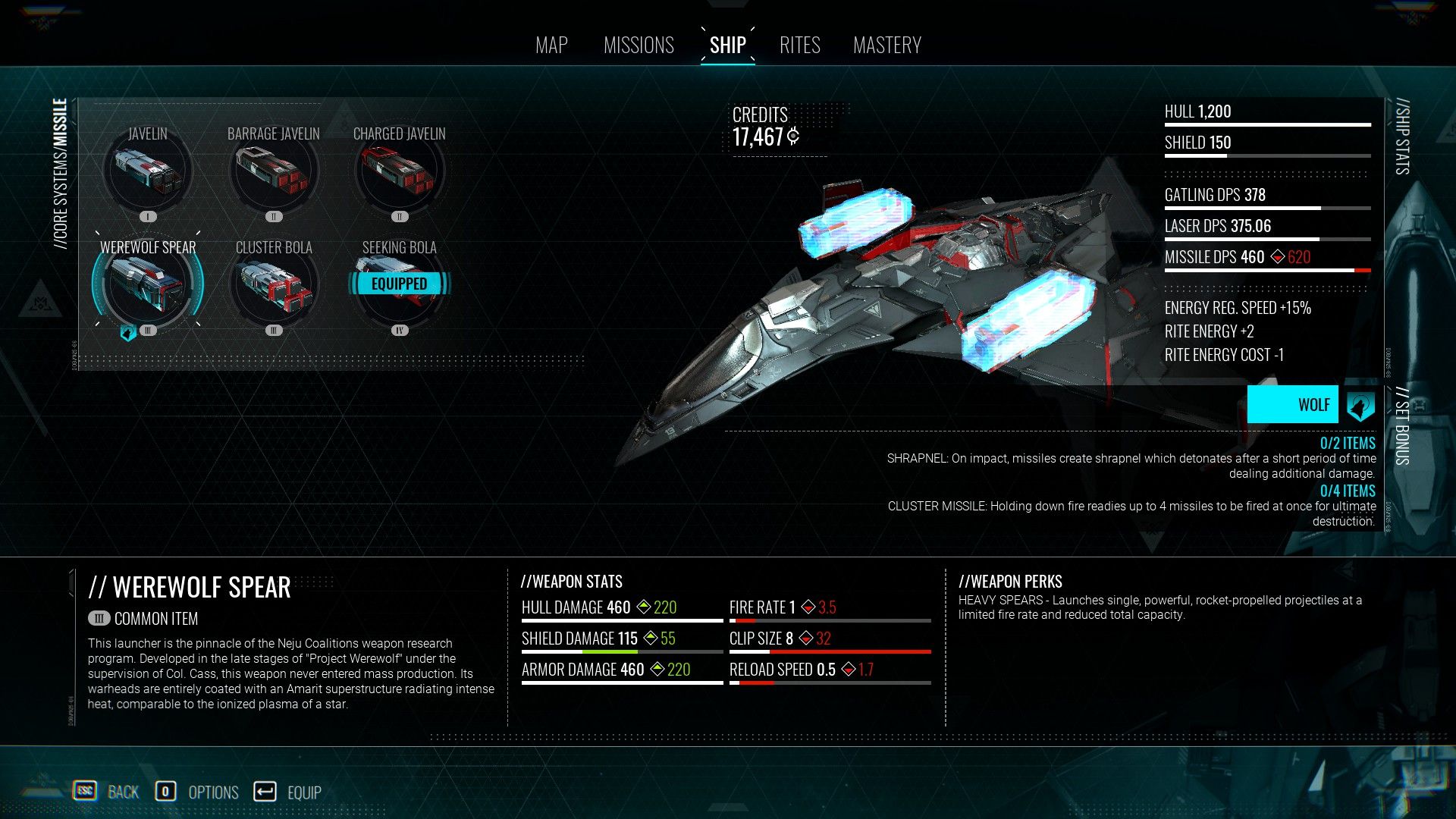 One of the game's side missions tasks Nara with tracking down and destroying prototype Werewolf Rounds, ammunition capable of destroying any ship in a single shot. According to the lore, this is achieved by ionizing the ammunition at impact to release heat energy similar to that of a star. After resolving the mission, Forsa keeps the last Werewolf weapon for himself, adding it to the player's arsenal.

The Werewolf Spear is admittedly a very powerful weapon, making Vultures and turrets easy prey, but it certainly doesn't vaporize anything larger than that. Launch this supposed "weapon of mass destruction" at an asteroid or the hull of a Wraith, and it will bounce off like every other weapon in the game. It's not likely that the Circle developed armor capable of stopping an experimental Resistance weapon that never saw actual combat, so this can be chalked up as one of those instances where game balance had to take priority over consistency.

4 How Is There Snow and Wind in Space? 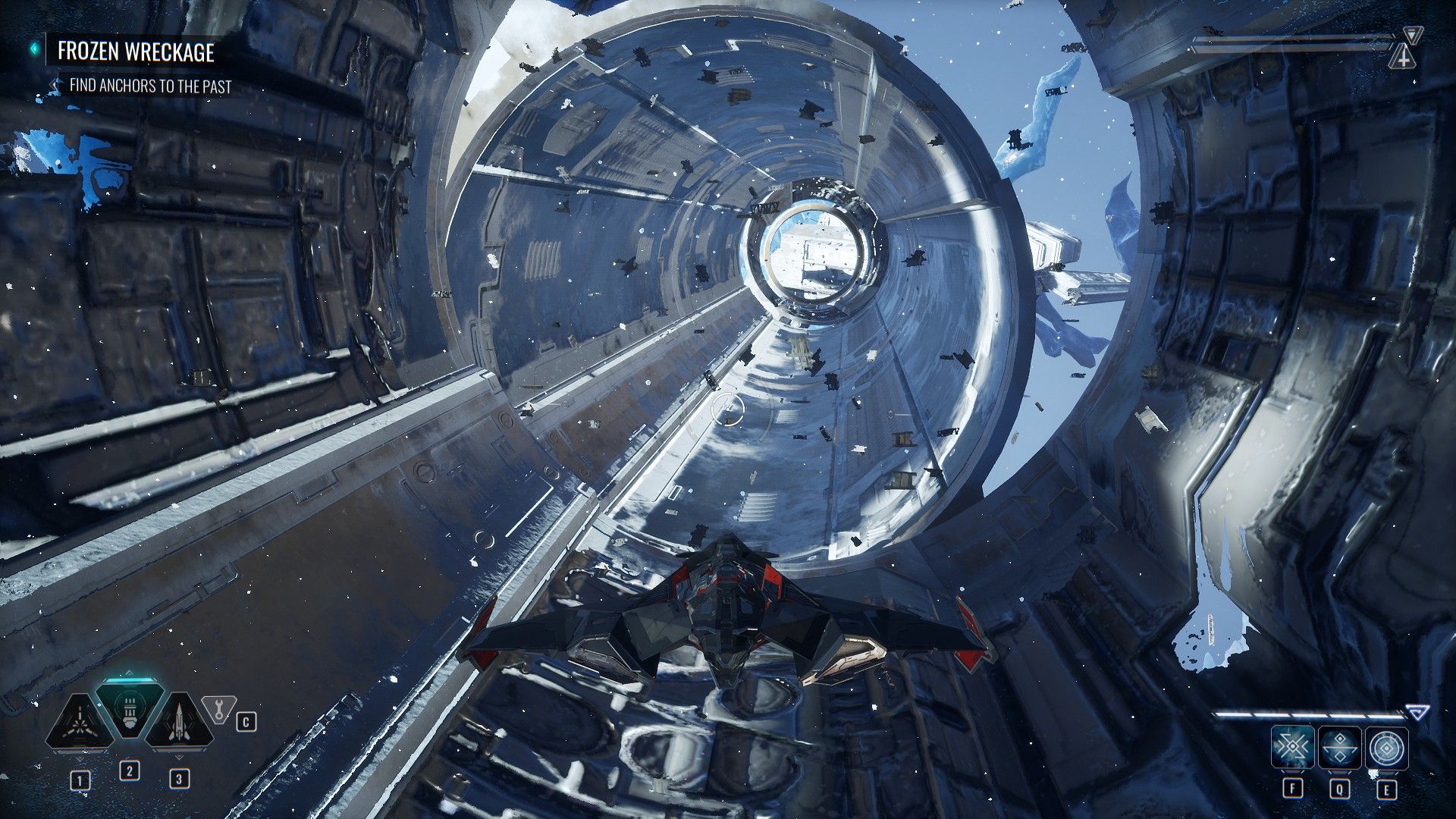 Kinuuk, the game's fourth area, is filled with beautiful vistas of ice asteroids. It's also filled with snow and wind — two things that aren't found in space. When the player draws close to the asteroids and wrecks of Kinuuk, snowflakes blow through the environment and the sound of wind can be heard. It's believable that tiny fragments of ice could be drifting through space, but these move as though they're being blown by the wind.

Even if there was enough air to form currents, it would immediately disperse, and it wouldn't be audible through the vacuum of space. The mysterious space snow makes a good-looking game even prettier, but it raises more questions about the physics of Chorus's universe.

3 Why Does Forsa Have Liquid Fuel on Board? 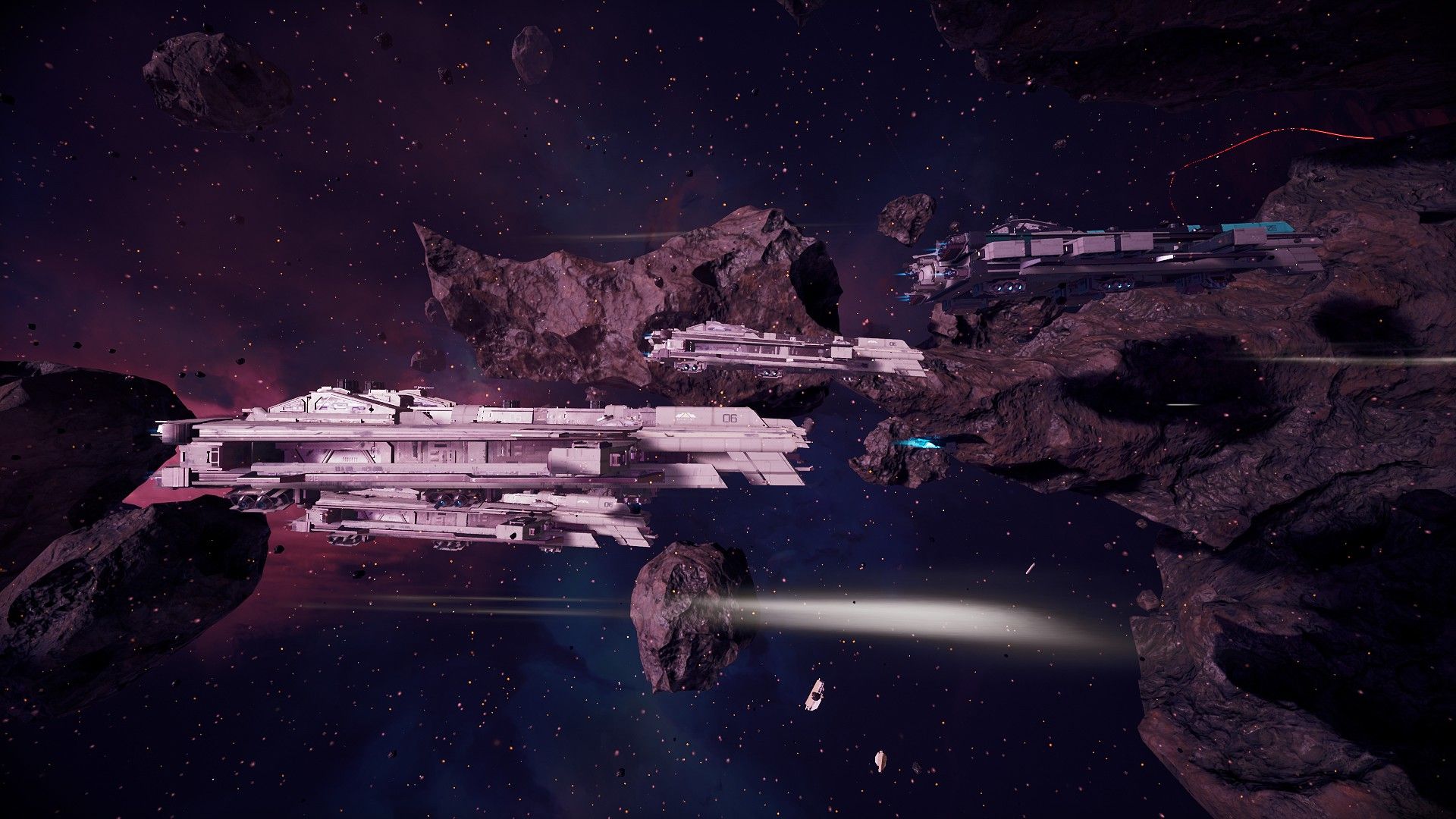 Occasionally, Nara will be hailed by civilian ships who have run out of fuel and are willing to buy some off her. During the fuel transfer, a sound effect of liquid being siphoned plays. This seems to suggest that Forsa has a reserve of liquid fuel, but it's established during the game that he is powered by a dark matter singularity — an infinite energy source that creates a quantum entanglement with the Void.

With that kind of power at his disposal, he shouldn't have any need for liquid fuel, or for an engine capable of burning it. Does Nara just carry around a highly combustible liquid in her combat spacecraft so she can be a good Samaritan? If so, there have to be better ways of atoning for her past.

2 Why Are Shades Designed With Such A Glaring Vulnerability? 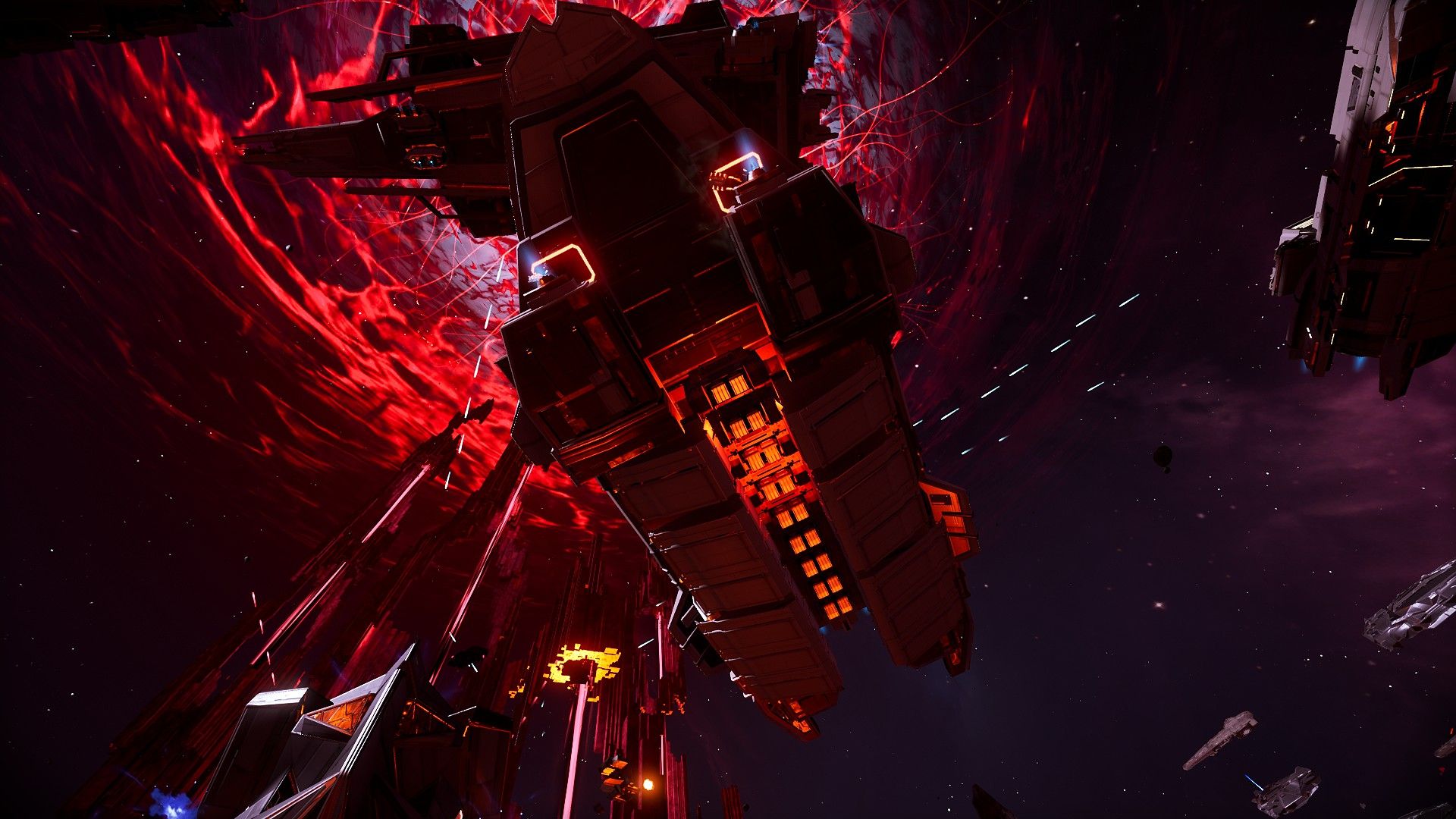 Fighting capital ships in Chorus requires attacking their power supplies, exposing their weaknesses, and causing their cores to overload. Most of these large vessels have their power cells safely within their superstructure, where only a daring pilot like Nara could hope to reach them. The Shade-class ship, on the other hand, has its power cells right out in the open. A quick flyby with a Drift Trance or Rite of the Star tears those power cells right off, causing the ship to detonate in a matter of seconds.

Such an obvious vulnerability would be easy to exploit in the three-dimensional battlefields of space. A pilot wouldn't need access to Nara's skills or Rites to bring down a Shade — at most, they'd need cover from the handful of turrets guarding the ship's extremely vulnerable underside. If the power cells absolutely need to be on the outside, unshielded and unarmored, in order to function, and destroying those power cells destroys the ship, any engineer worth their salt would scrap the whole design and start over.

1 How Does Nara Do Anything in Nimika Without Blowing Her Cover? 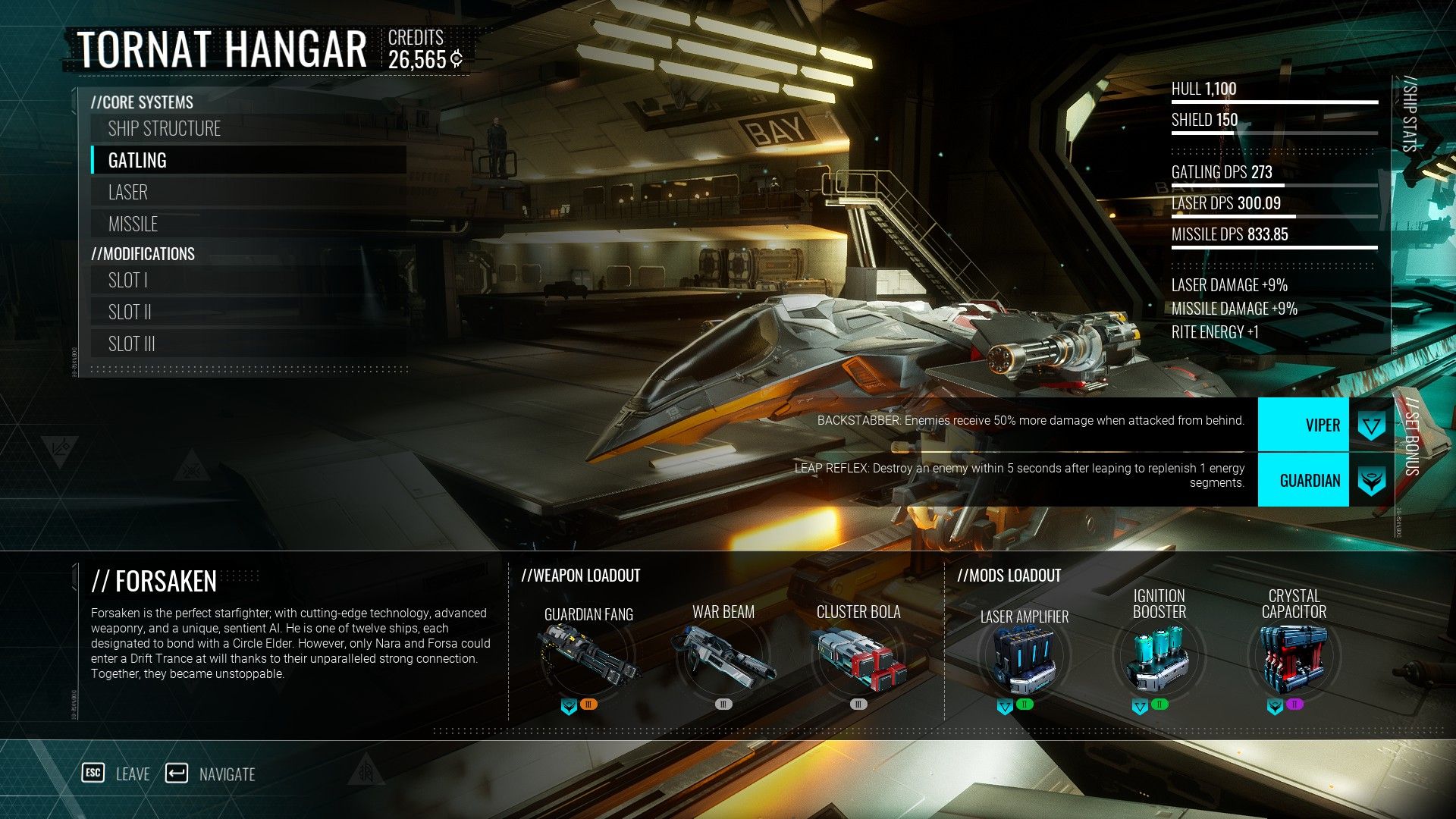 When Nara and Forsa arrive in Nimika, they change their ship signature to appear as Circle Pilgrims. Forsa warns that he can't do anything about his physical appearance, and an Elder ship will attract attention in Circle space. The player can then proceed to get into all sorts of trouble on side missions, which somehow doesn't blow Nara's cover. You can even stop by the hangar, where technicians will presumably see Forsa up close and quickly realize what he is.

It's nice to not have to jump halfway across the sector just to buy some upgrades, but it doesn't make any sense at all in the confines of the plot. Syrys does eventually figure out that Nara is back, but the fact that he lays a trap for her instead of deploying the Legion suggests he doesn't know her location, even after several firefights and a trip to the hangar.

At the very least, we know Nara won't get pulled over for speeding.