At first glance, the world of Pokemon is a paradise. A world filled to the brim with fantastical beasts that can be caught and commanded seems like a dream come true, but looks can be deceiving. While it may seem like the perfect world, there is a danger hidden within the very perk that draws people in – the Pokemon.

Living among creatures that control the elements may seem enticing at first, but you have to remember that these are wild animals. They don't adhere to the same rules as humans and they have no qualms with using their innate talents to either defend themselves or hunt their prey. Out of all of the Pokemon that live in this deceptively deadly world, there are a few whose Pokedex entries make them out to be far more horrifying than a children's game should allow. 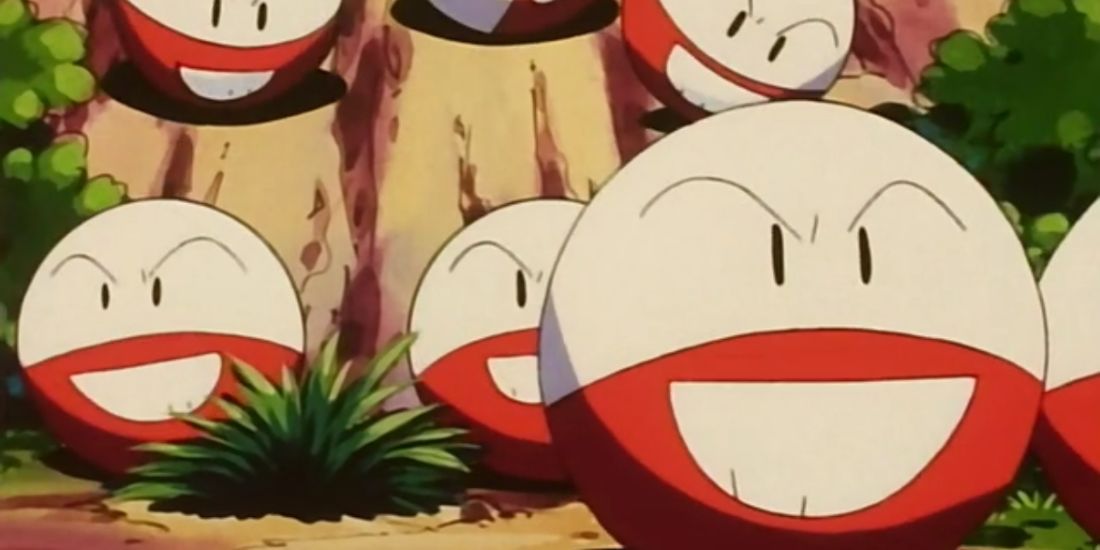 "It is dangerous. If it has too much electricity and has nothing to do, it amuses itself by exploding (Gold)."

Voltorb and Electrode are infamous for their explosive tempers. Every time they're portrayed in the anime or manga, they are seen exploding. They are literal walking (or rolling) time bombs, but surprisingly that's not the scariest part about them.

As stated in their Dex entry, Electrode find enjoyment in exploding. While this is a relief that they aren't hurting themselves by using Selfdestruct and Explosion, it's troubling that they see this act the same way humans see watching TV. It's fun for them and, unfortunately, their fun can cause extreme collateral damage. 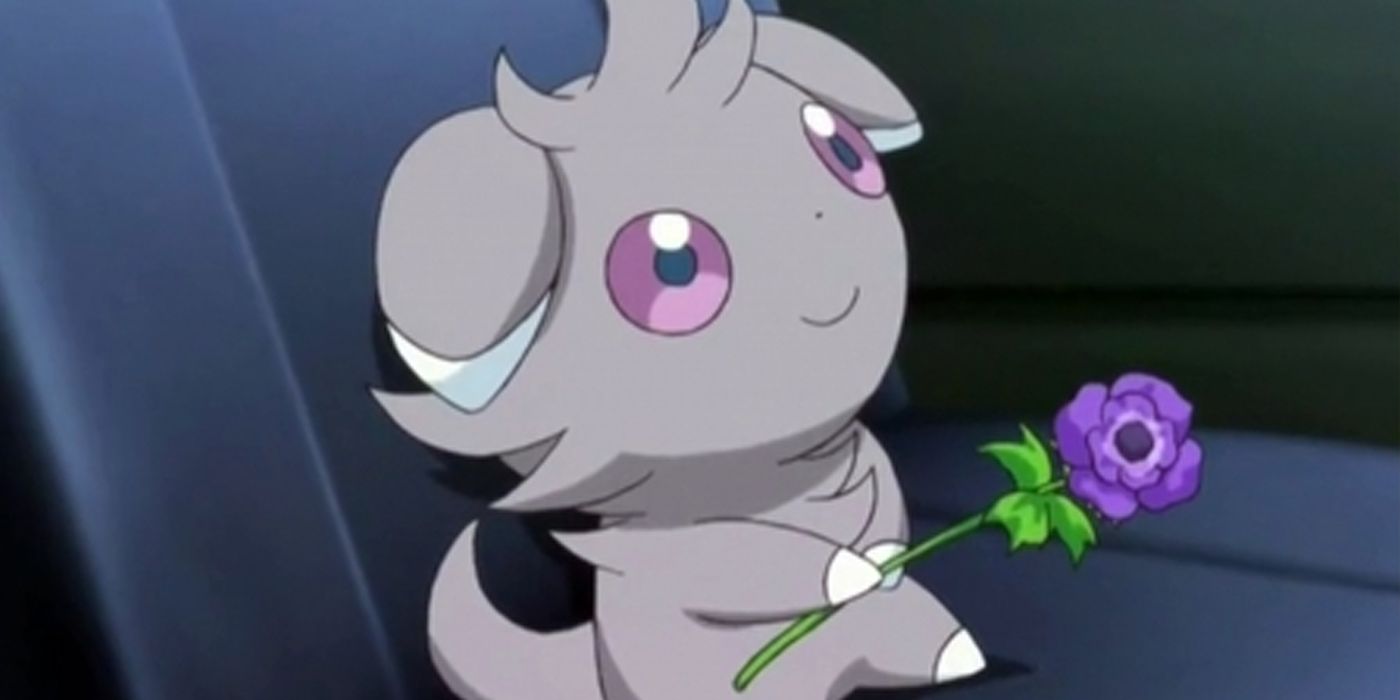 "It has enough psychic energy to blast everything within 300 feet of itself, but it has no control over its power (Y)."

It's often said that big things come in small packages and this has never been more true than with Espurr. Despite its rather unassuming appearance, as its Dex entry states, it has an incredible amount of power at its disposal. While there are plenty of other Pokemon that have far more raw power, it's the fact that Espurr is stated to have no control over their power that makes Espurr so dangerous.

Even if Espurr's power is on the lower side in the grand scheme of things, it still has enough force to wipe out an entire football field. If something were to set off this adorable kitten, it's functionally a bomb just waiting to go off. 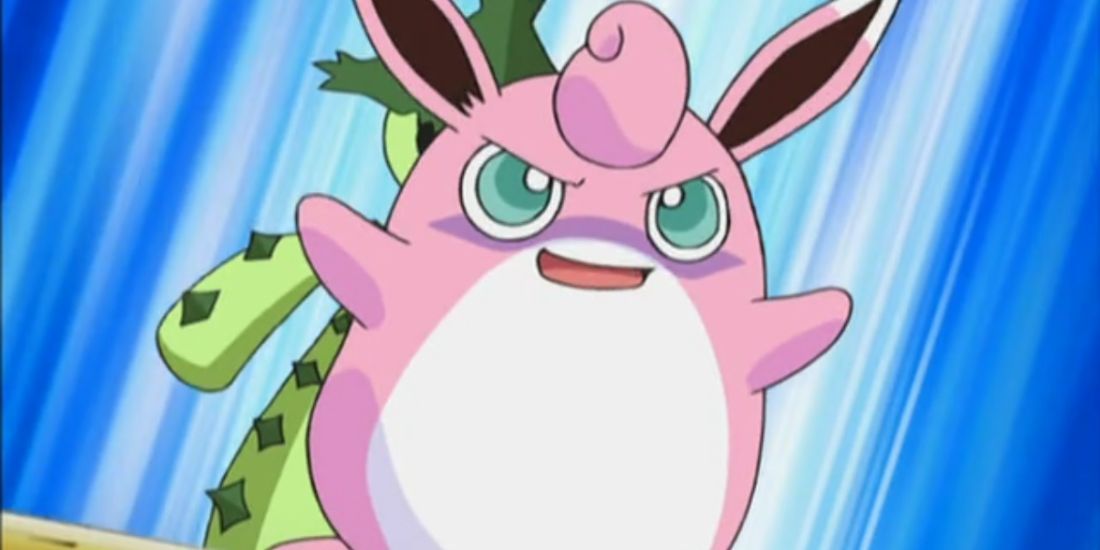 "It's fine fur feels so pleasant, those who accidentally touch it cannot take their hands away (Black 2)."

At first glance, this entry doesn't make Wigglytuff out as threatening. It doesn't cause immeasurable pain or kill anyone that looks at it funny. It's just a big, cute, and incredibly soft Pokemon, but that's the problem. It's too soft.

People are so enraptured by this Pokemon's fur that they drop everything to continue petting it. They forget their friends, their job, their family, everything. For that person, nothing else matters except the feeling of that Wigglytuff's fur. The life they had is gone, replaced by an unending desire to pet this Pokemon. 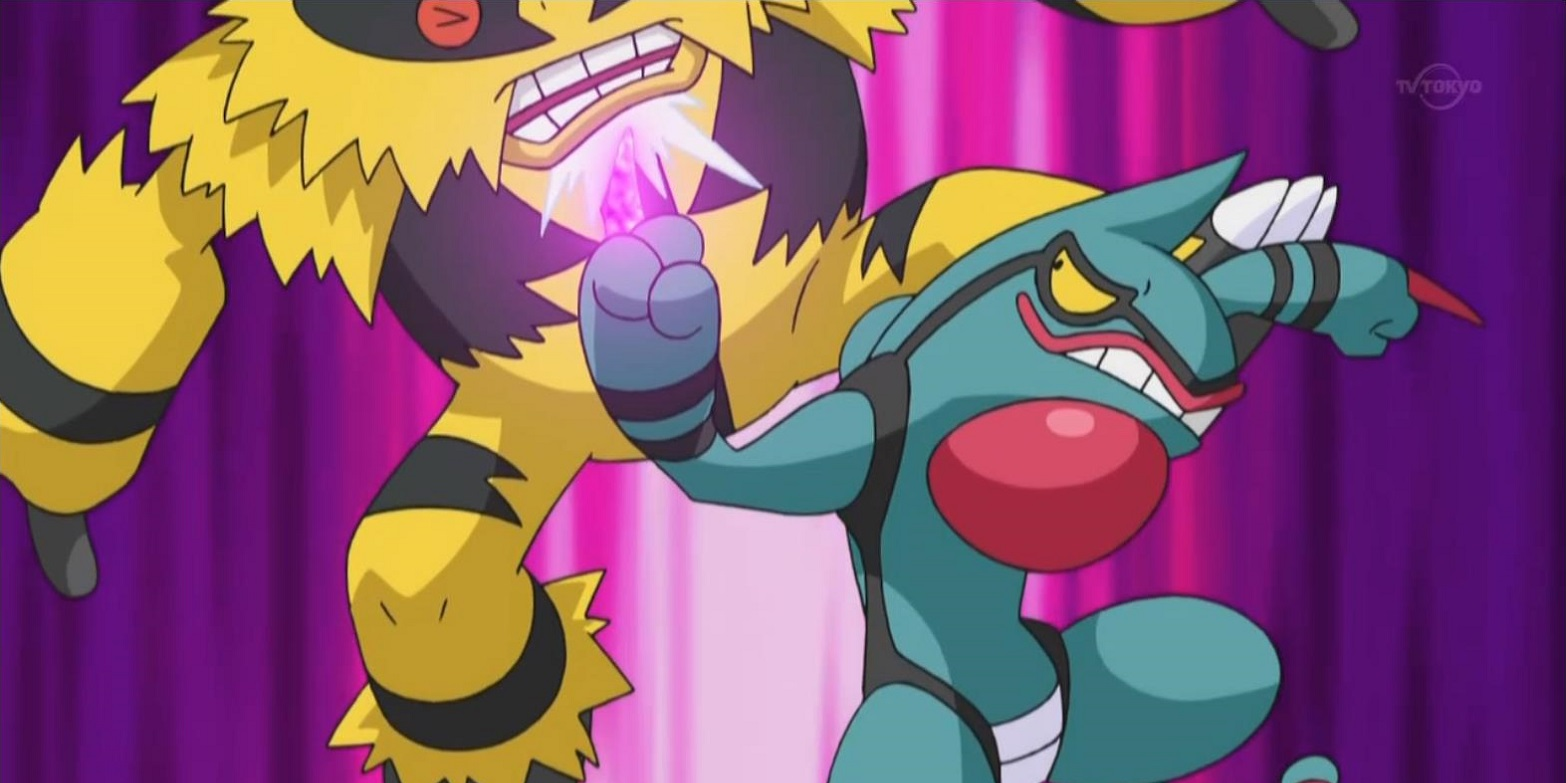 "Its knuckle claws secrete a toxin so vile that even a scratch could prove fatal (Diamond)."

Without even knowing its Dex entry, Toxicroak looks intimidating. It's big, agile, and has a creepy glare. It's also apparently proficient in some form of martial arts. If that wasn't scary enough, it's incredibly venomous.

Toxicroak's design is based on the poison dart frog but, unlike its diminutive real-world counterpart, it uses its toxins for offense rather than defense. If its innate combat ability fails it, its poison is an ace in the hole and a potential one-shot kill. If just a scratch is enough to kill someone, just imagine what a full dose would do. 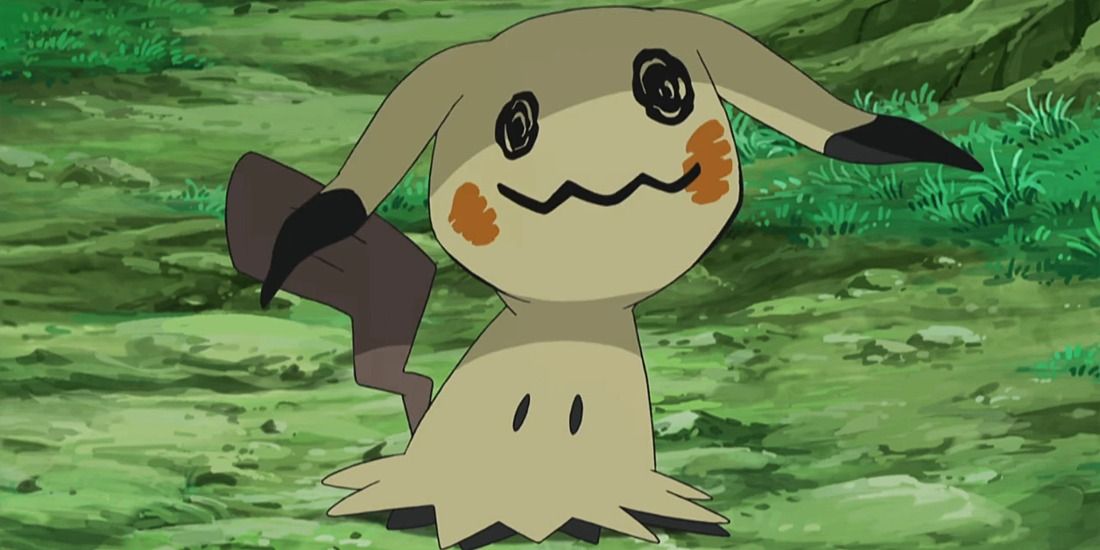 "A gust of wind revealed what hides under this Pokemon's rag to a passing Trainer, who went home and died painfully that very night (Ultra Moon)."

The sad part about this entry is that Mimikyu doesn't purposely go out of its way to hurt people. In fact, it's the opposite. It wears its 'costume' to not only make itself look more appealing but protect those around it because it knows how dangerous it is to just see its true form. It's why it goes out of its way to maintain this costume.

However, regardless of its intent, Mimikyu is incredibly dangerous. If just the slightest breeze can trigger this effect, just being in the same area as a Mimikyu is hazardous to your health. Heaven forbid its costume gets damaged while it's in a public space. 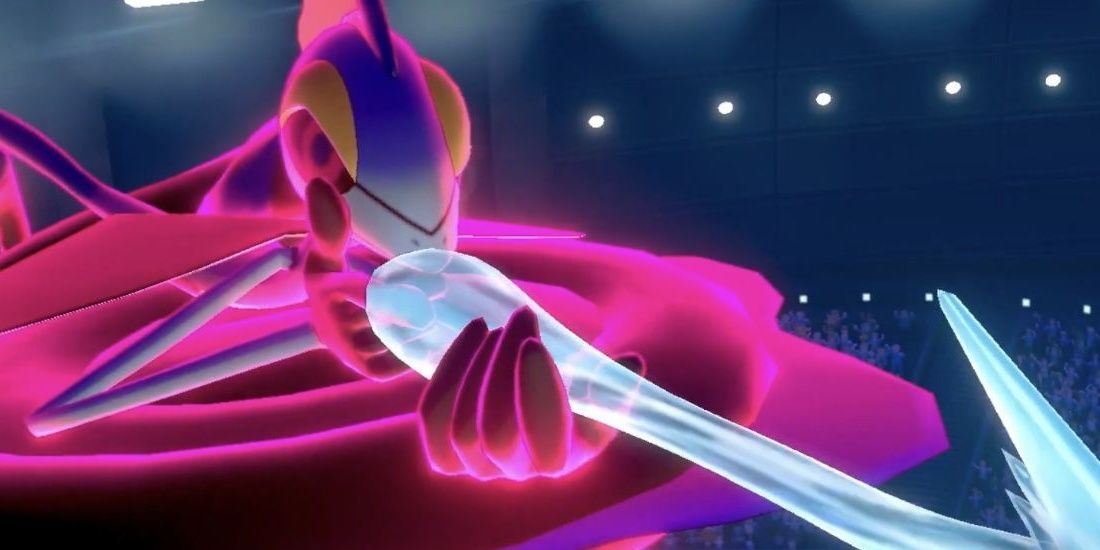 "Its nictitating membranes let it pick out foes' weak points so it can precisely blast them with water that shoots from its fingertips at Mach 3 (Shield)."

For a Pokemon inspired by James Bond, it's no surprise that Inteleon is as dangerous as it is. It's the Secret Agent Pokemon after all. It needs to be stealthy, badass looking, and, above all, deadly. Its creators might have gone a little overboard.

Being able to pick out an opponent's weaknesses with a single glance is impressive, but that's nothing compared to its water bullets. To put this in perspective, the average speed of a handgun round being fired is roughly 370 meters per second. Mach 3 is 1029 meters per second. This means that an Inteleon's finger gun can shoot a bullet of water with over three times the force of a standard handgun. If it wanted to, an Inteleon could shoot through a steel bunker. 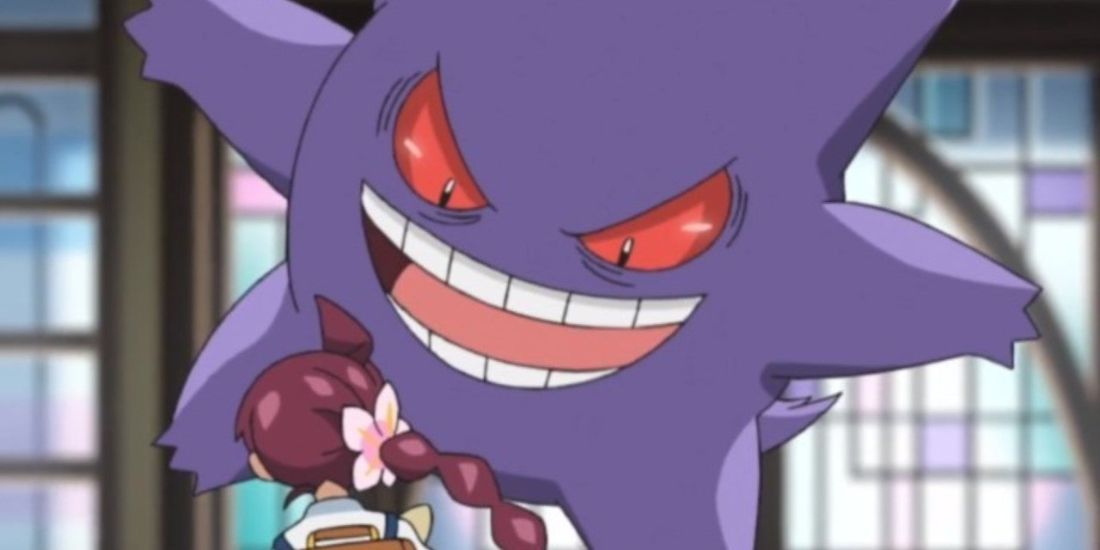 "It apparently wishes for a travelling companion. Since it was once human itself, it tries to create one by taking the lives of other humans (Moon)."

The Pokedex has never been exactly kind to Gengar. It always portrays Pokemon's quintessential ghost as the embodiment of evil. It hides in shadows, stalks and terrorizes people, and laughs while doing it all, but this entry hits different. This entry flat-out states that Gengar kills people.

Reasons aside, Gengar, without hesitation and minimal effort, snuffs out the life of anyone unfortunate enough to be nearby. We even see this in episode 23 of the Pokemon anime when Ash and Pikachu are ejected from their bodies so that a Gengar and its friends can have some fun. It may have ended well for them in the end, but considering that the Dex doesn't include how Gengar brings their targets back to life paints a much darker picture. 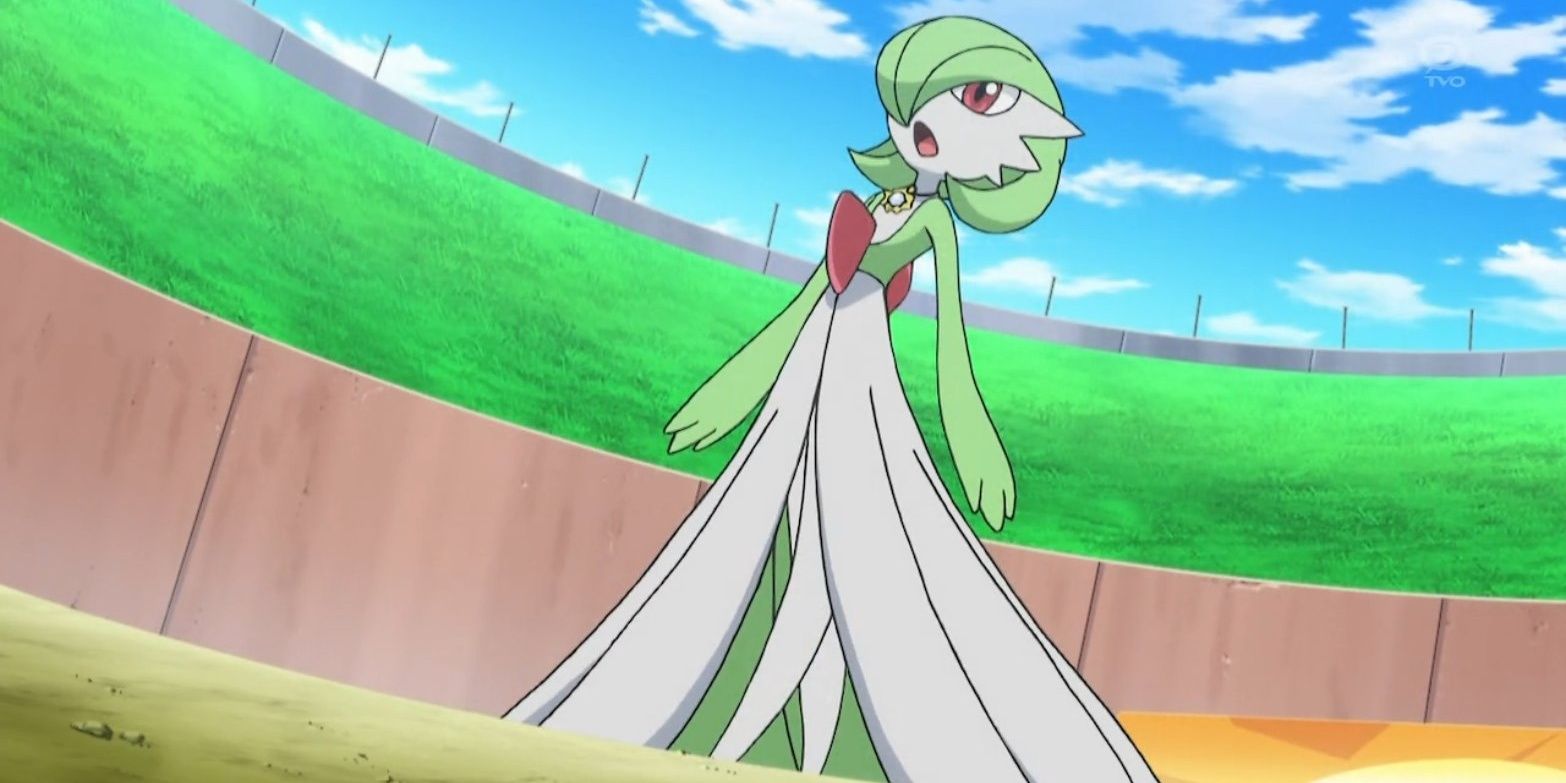 "To protect its trainer, it will expend all its psychic power to create a small black hole (White)."

While its intentions may be noble, Gardevoir's methods of defending their Trainer leave much to be desired. While these psychic types are undoubtedly powerful, being able to create an event horizon and all, but it has very little regard for their surroundings.

A black hole breaks the laws of physics. The gravitational pull of a black hole is so strong that it can bend light. They are known to 'consume' stars and, if one were to spawn on Earth, the results would be catastrophic. It doesn't matter that the Gardevoir was trying to save its trainer because their trainer wouldn't survive the Gardevoir trying to protect them.