If you're tuned in to the world of gaming at all, you've heard of Magic: The Gathering. It's easily among the most successful and popular trading card games every made. It has been around since 1993, after all. Not a lot of trading card games can make such a claim. Oftentimes, when a new card game hits the market, it can fizzle out. In some cases, however, a trading card game is successful enough to keep going, like the lesser-known Flesh and Blood TCG.

Fading into the background is, sadly, quite a common fate for card games that are based on video games. There are many trading card games out there that go unnoticed despite originating from a popular video game series (and even TCG heavy-hitters like Pokemon boast a lot of completely obscure cards). 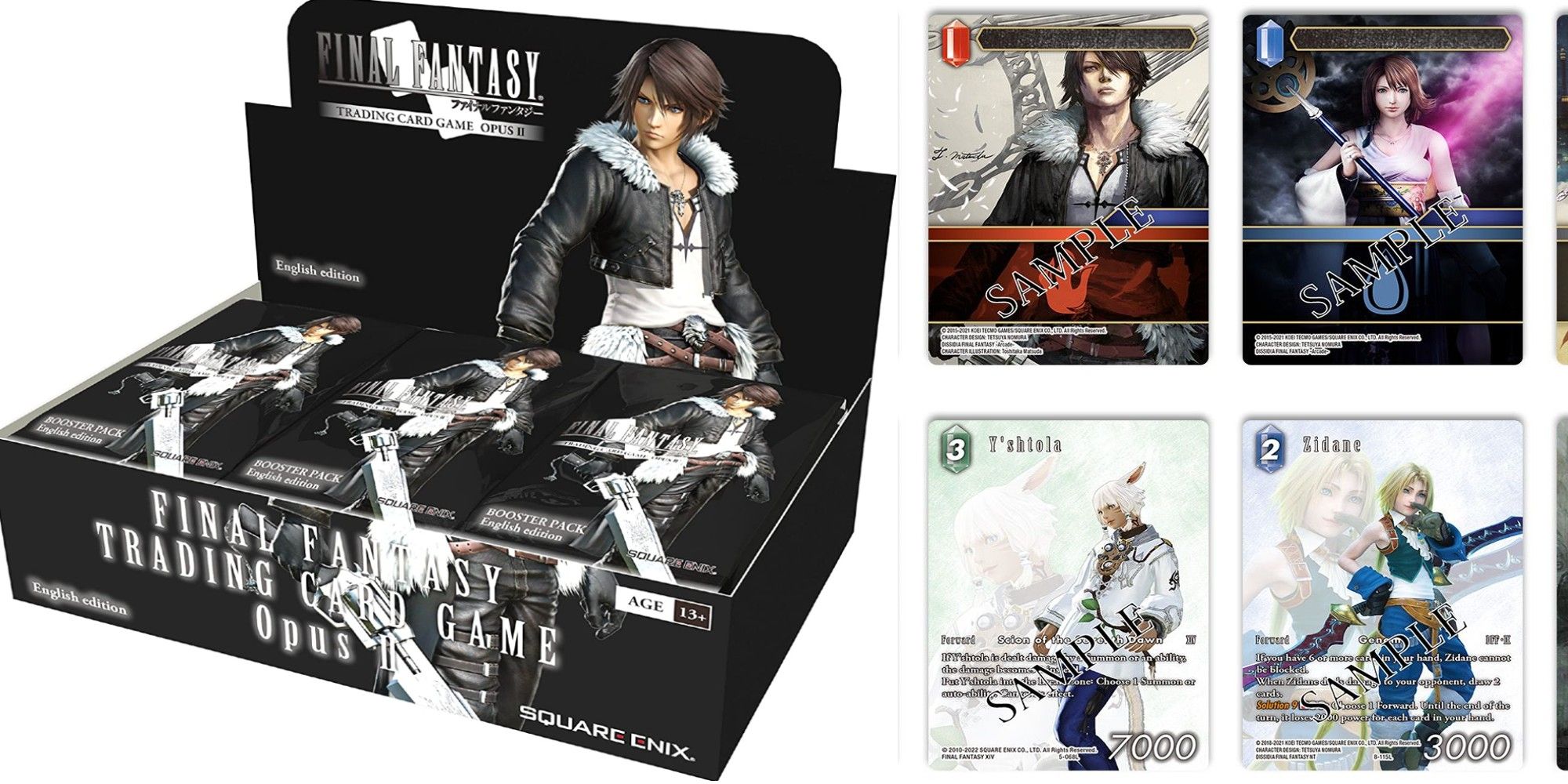 Based on the popular Final Fantasy games, this TCG brings you your favorite characters and monsters in card form. From Tifa Lockhart to Zidane Tribal, they’re all here. Two players go head-to-head and duel until one of them achieves one of three victory conditions: Deal seven points of damage to your opponent, your opponent is unable to draw a new card, or damage your opponent when their deck is empty. These conditions are accomplished by gathering Crystal Points (CP) to play your cards, using elemental attacks, character abilities, and Summons.

The Final Fantasy TCG is a fairly popular card game and sees a good amount of competitive play. There are various formats to choose from, depending on your preference. You can construct your own deck with your favorite playstyle in mind, or you can experiment with ready-built decks that are available to purchase. 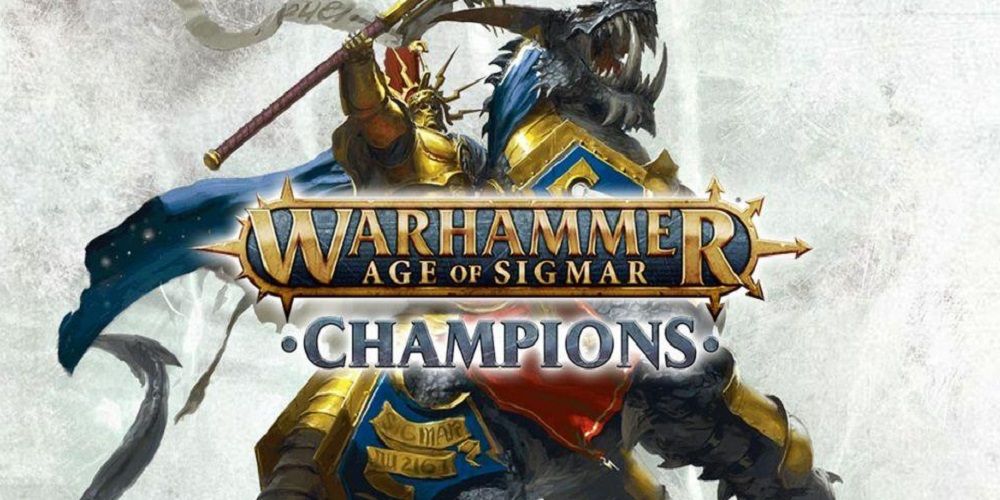 Warhammer 40k has been seen in a variety of media, from board games to video games. Its most popular iteration is the tactical tabletop game that can be quite the investment. Its lesser-known TCG, however, didn’t have as hefty a price tag. Warhammer Age of Sigmar: Champions was a trading card game created in 2018. You could play as one of four alliances that represented the different factions from the Warhammer 40k universe (not to be confused with Total War: Warhammer and its races) and battle your friends one-on-one.

Each player had to build a 38-card deck, but only 30 of the cards would be shuffled. Meanwhile, the remaining eight cards remained on the battlefield. These cards were the champions, as the title suggests. Each faction had its own unique cards and its own champions. Under your champion would be a blessing card. Blessings were powerful spells that activated after certain requirements were met. From there, it was a matter of getting your opponent to zero health.

Warhammer Age Of Sigmar: Champions at Board Game Geek.

6 .Hack//Enemy Trading Card Game: Where Your Creatures Count as Points 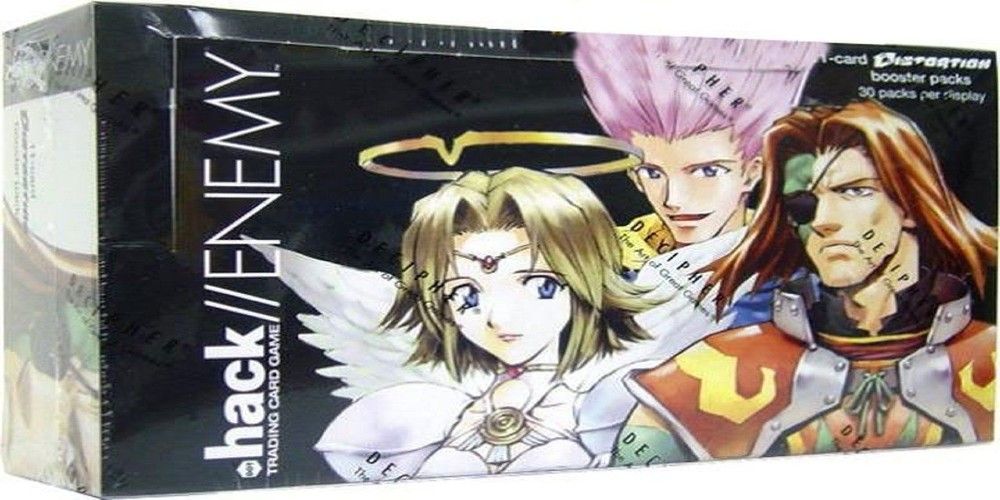 The .hack franchise was a massive project that spanned multiple forms of media. It had an anime, a PlayStation 2 video game series, and its own TCG. Its storyline was reminiscent of Sword Art Online (before Sword Art Online was a thing), following a character that was trapped in a massive online role-playing game. The TCG put every character from the various properties into their own cards, and players battled to be the first to seven points to win. Even the creatures that had to be fought in the video game had cards and played a role.

There were six different kinds of cards in .hack//Enemy, all of which helped players accomplish their goals. Monsters, PCs, items, events, actions, and fields. Monsters attacked and PCs defended against the monsters. Whenever a monster made a successful attack, you would receive victory points. The first to seven victory points won the game.

The .Hack//Enemy Trading Card Game at Board Game Geek. 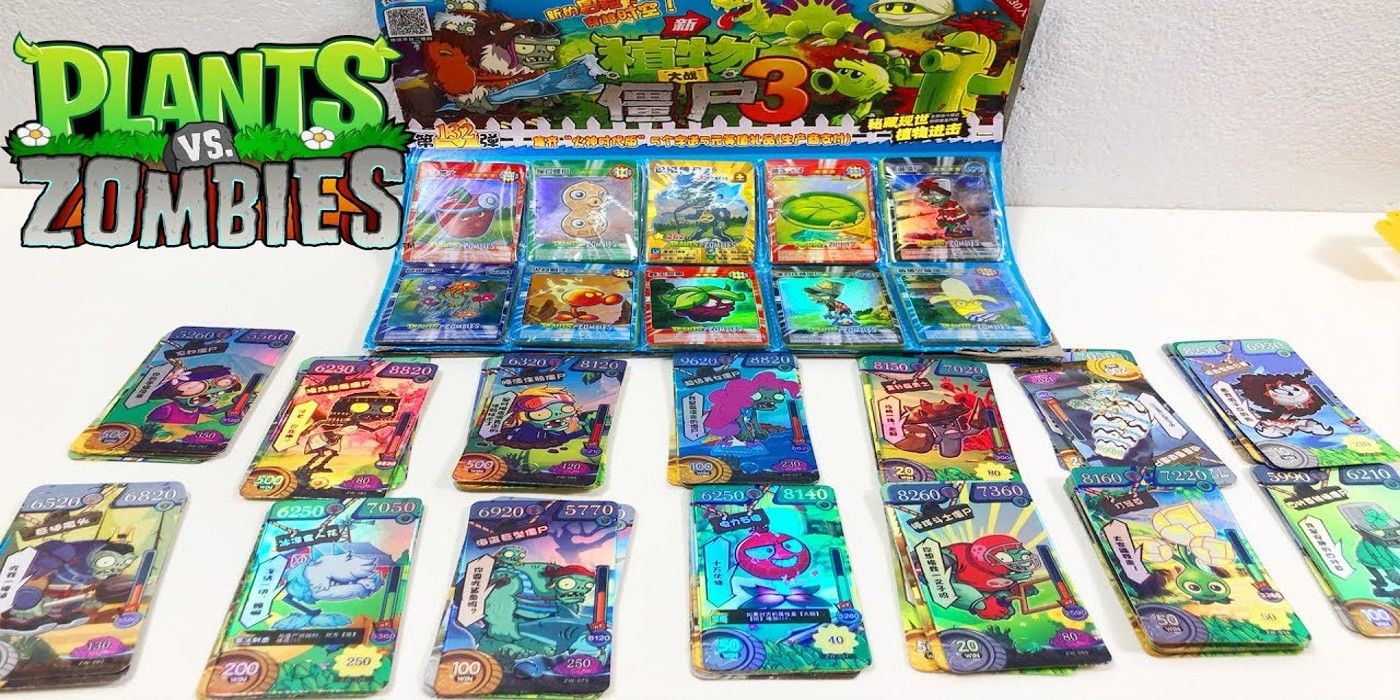 Perhaps the lesser-known of these TCGs, it's the Plants vs. Zombies AR Trading Card Game. It’s also the most interesting because, in conjunction with the physical cards, it requires you to download an augmented reality app on your smartphone to play. You would place a card down with your phone camera aimed at it and watch a plant and zombie duke it out.

Each card has a set attack and defense stat along with a cost to be played. Coins, as the resource, would be collected to play each creature. This can be played solo or with a friend. It’s exclusive to China, although you can find the physical cards online for purchase.

4 MegaMan NT Warrior: Blasting Decks Away One Card at a Time 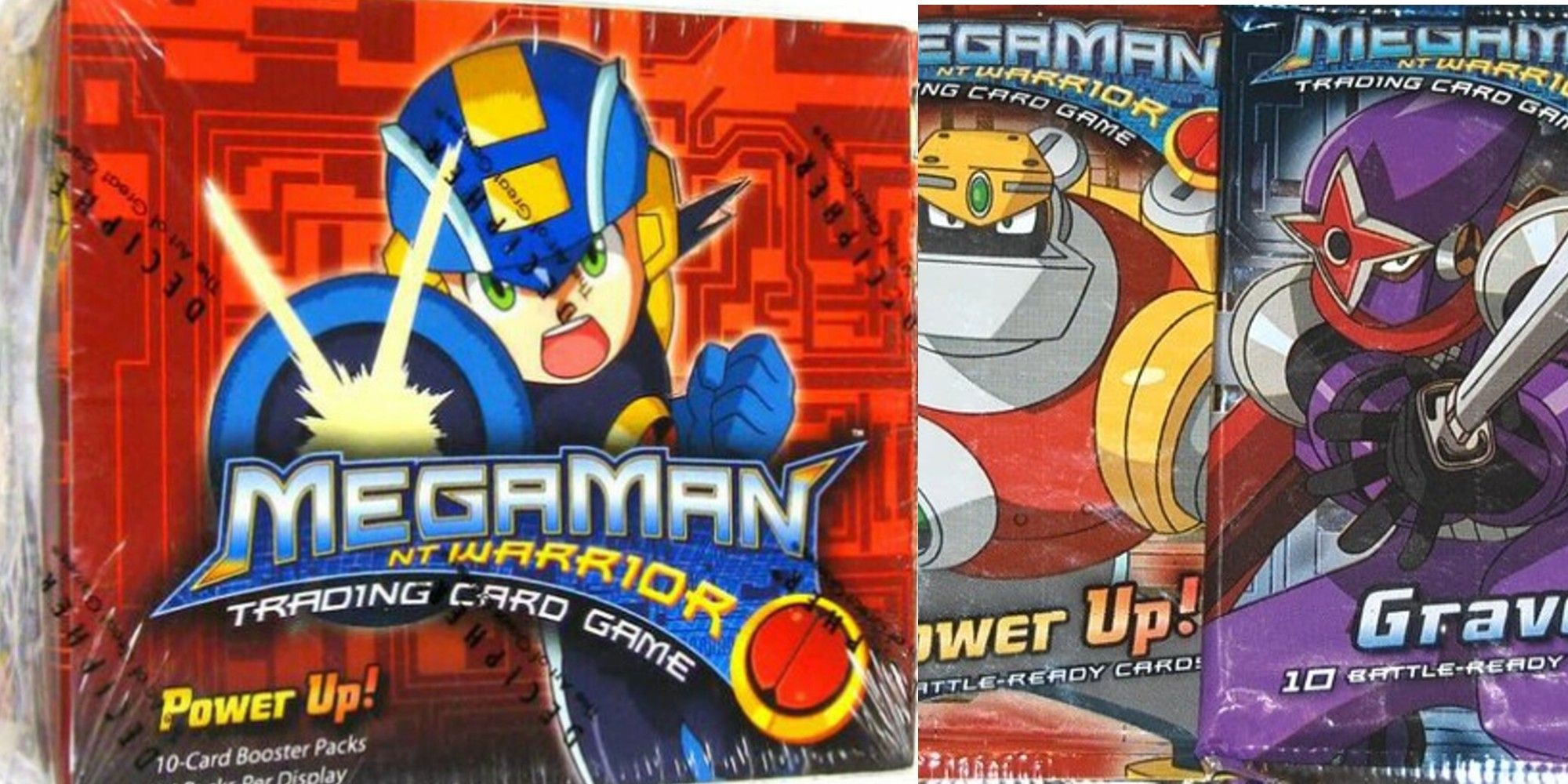 Mega Man has been around since 1987, and has spawned a huge series of Capcom titles (and memorable bosses). With the rising popularity of trading card games, it was only a matter of time before this robot became one. MegaMan NT Warrior decks contained sixty cards. One was a NetNavi card, while the rest consisted of resources, battle chips, and events.

Unlike most such TCGs, players didn't have health. Instead, whenever successfully dealt damage, the defending player discards cards from the top of their deck, equal to the damage sustained. The first person to have no more cards in their deck lost.

3 Age of Empires: Expandable Card Game – Advance Through the Ages 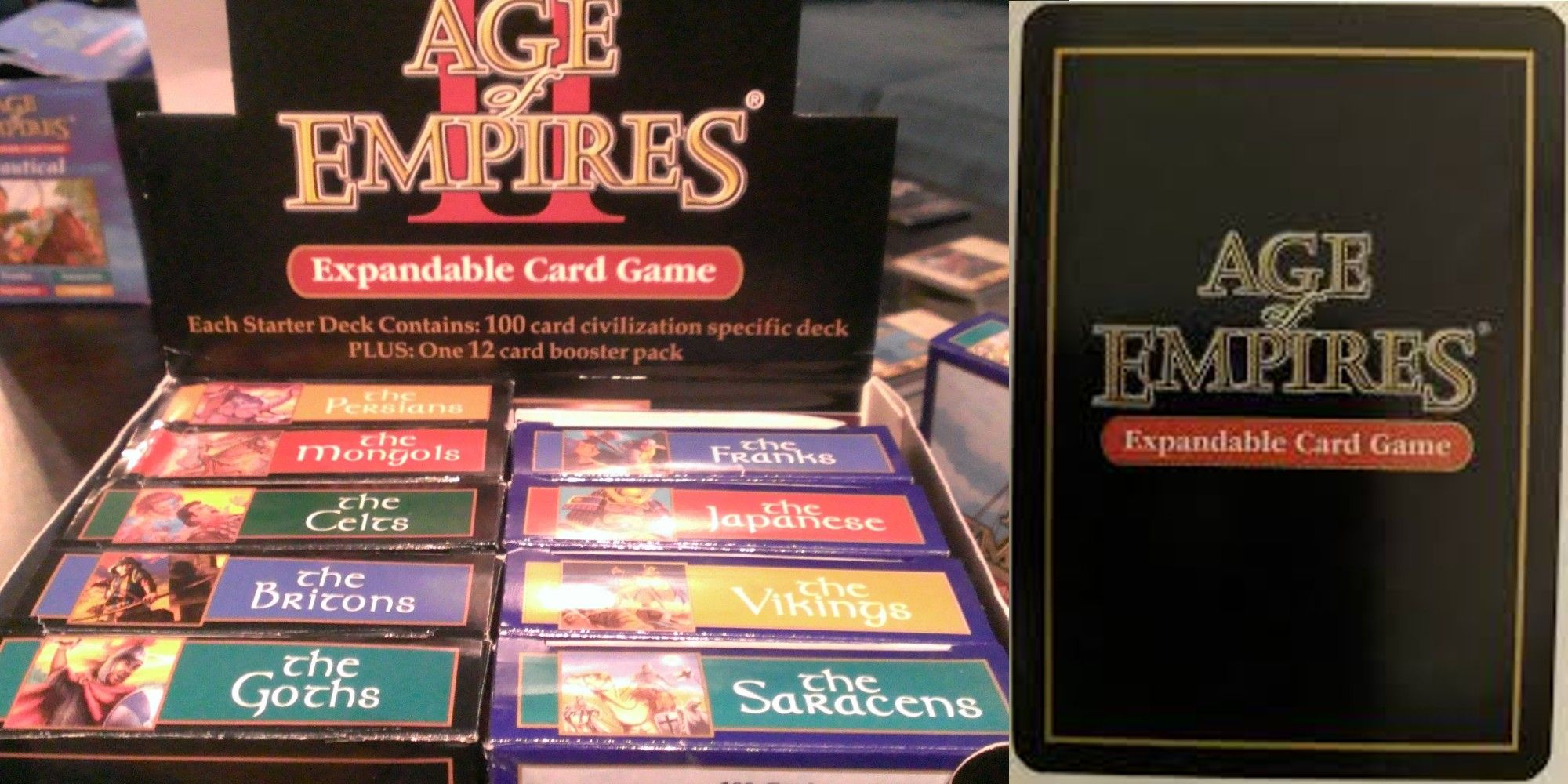 It might seem odd to create a card game out of a strategy game like Age of Empires, but it makes a lot of sense. Strategy is important with trading card games, because you need to know how to conserve resources and when to hold cards back. While it was designed to be played by two people, some rules allowed for multiple people to play simultaneously. There were many types of cards that emulated the gameplay of the PC titles, such as civilizations, buildings, upgrades, technology, ages, wonders, and relics. The goal of the game was to advance through various ages of humanity.

Pathways to victory included destroying your opponent's "town center", destroying your opponent's villagers and preventing them from making new ones, collecting five relics, or advancing to the Imperial Age while completing the construction of a wonder and protecting it for six turns. Some methods were easier than others, but together, they offered multiple approaches to gameplay. Sadly, only one expansion was ever released.

Age of Empires: Expandable Card Game at Board Game Geek. 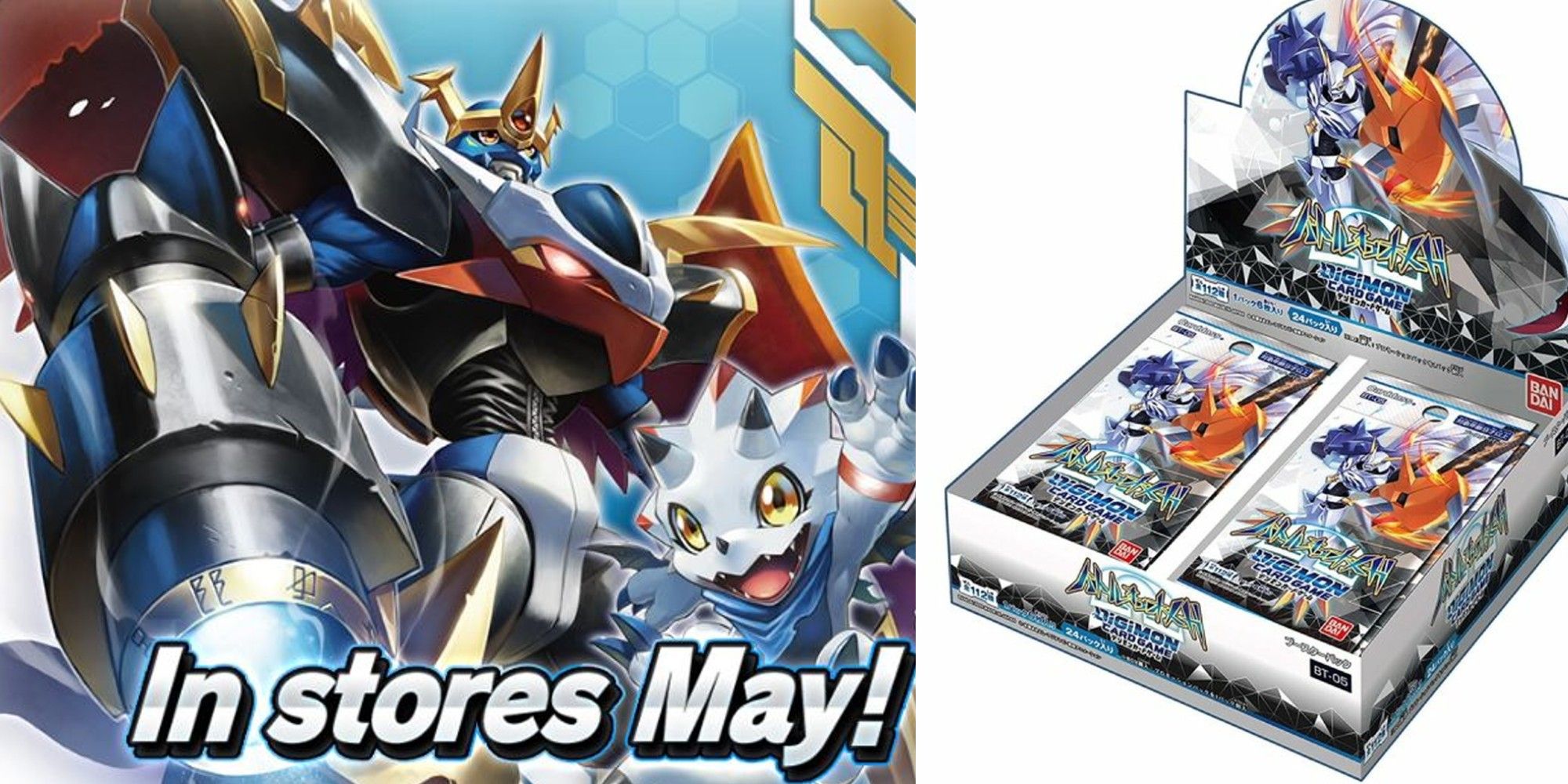 The Digimon series has made several attempts at creating a card game that can find success worldwide. While they've mostly been successful in Japan, they can struggle to find a footing in North America. However, this newest attempt at a TCG seems to be sticking.

The Digimon TCG has a new expansion scheduled with an April 2022 release, and another shortly after in May. To play, each player chooses a Digimon to help them fight an opponent with a 50-card deck. These decks are made up of Digimon, Tamers, and Option cards. Your Digimon gets stronger by evolving throughout the game, and you win by reducing your opponent’s life to zero. Keep an eye on your "memory counter," though, because it determines when your turn ends. 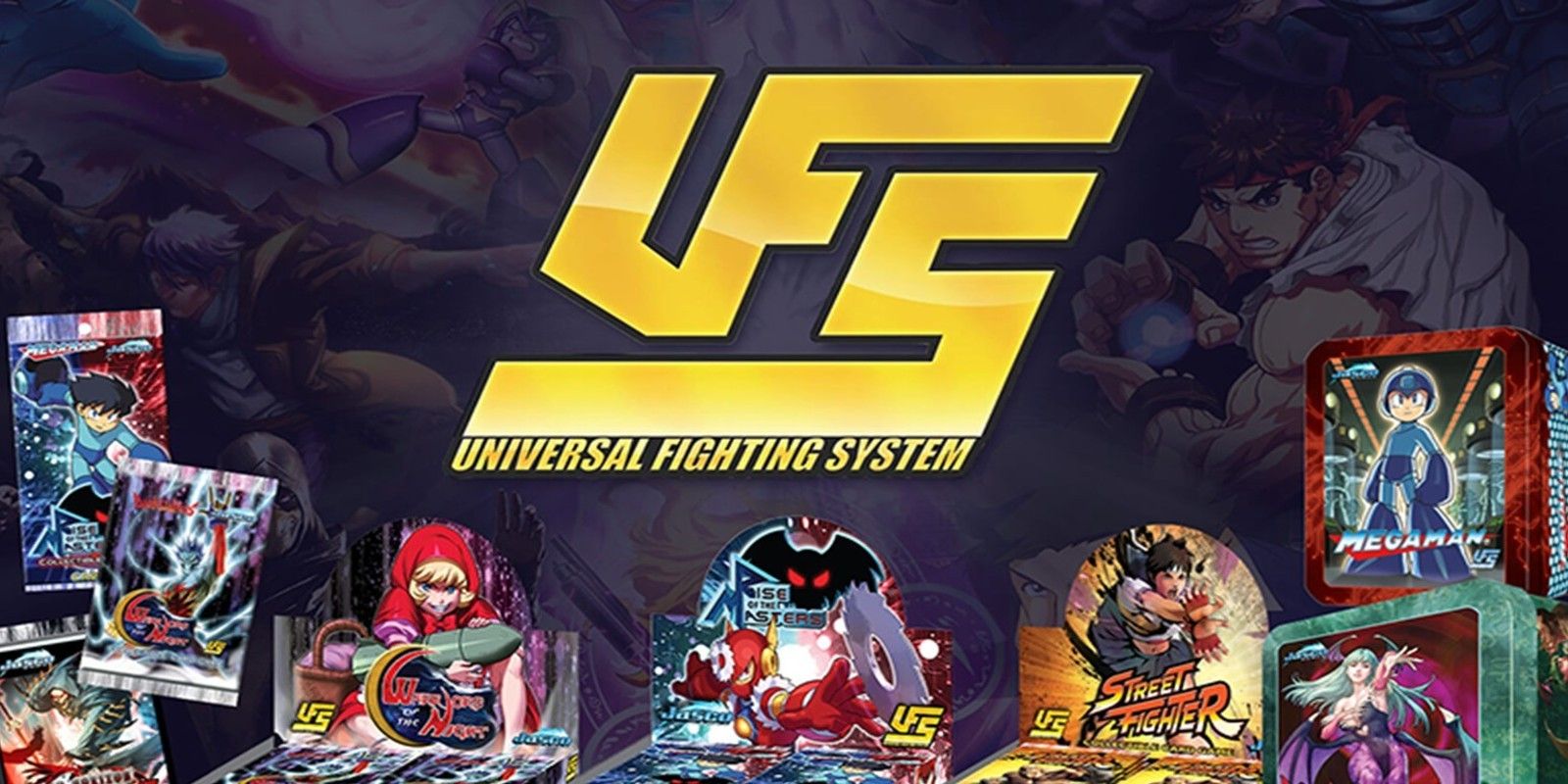 Similarly to Magic: The Gathering, Universal Fighting System has players construct 60-card decks with no more than 4 copies of the same card in a deck. Players use five different types of cards to get their opponent's vitality down to zero. Unlike other TCGs, there is no resource to be collected and spent in order to play a card. It's a unique system, one that may very well keep this game on the market for some time.