On September 2, 2012, at 1:37am, I tweeted: "Routine. A first-person horror game set on an abandoned moon base. Sci-fi Amnesia. WANT." Now, 9 years, 9 months, and 8 days later, I'm excited for Routine all over again. This sci-fi horror game has been in limbo since I posted that tweet. Occasionally it would resurface, like when a new trailer was revealed in 2016. But then there'd be long periods of silence from the developer, Lunar Software. I was sure it was dead. But apparently not.

I don't know what happened behind the scenes, but I don't care. Publisher Raw Fury (who brought us games like Norco, Townscaper, Sable, and Backbone) seem to have rescued this project from the abyss, and I couldn't be happier. In 2018, Vice investigated Routine's mysterious disappearance and confirmed that it wasn't dead. In a statement the developer said "things have been a bit rough on the personal side", but that the game was still being made—and now we know that to be true.

In 2012, Amnesia was still the standard for horror games. The reference in my tweet to it seems outdated now, but that game was still fresh in people's minds back then. But horror games have changed, and advanced, a lot in recent years. Since Routine was first revealed we've had Alien: Isolation, P.T., Detention, Observation, SOMA, and Phasmophobia—not to mention a thriving indie horror scene that's leaving triple-A developers in the dust. Lunar Software certainly has its work cut out for it.

According to Raw Fury's website, this incarnation of Routine is "a first-person sci-fi horror set on an abandoned lunar based designer around an '80s vision of the future." It seems the developer is taking the same approach as the similarly retro-futuristic Alien: Isolation. "Curious exploration turns into a need for survival when the base goes completely quiet," the blurb reads. "And searching for answers puts you face to face with an enemy that is certain the threat is you."

So, let's take a look at the new 're-reveal' trailer. Watching it, it's immediately obvious the game has had a major visual overhaul since the original gameplay trailer we saw way back in 2013. It looked great before, but the fidelity here is on a whole other level. It's a gorgeous game, and the grainy VHS effect adds to the tactile, analogue retro-future vibe. Besides No Code's brilliant sci-fi horror Observation, this is probably the closest a game has gotten to capturing the feel of Alien: Isolation.

I know I keep mentioning Alien: Isolation, but it's an obvious inspiration—and Raw Fury even has the new trailer linked to Creative Assembly's game on YouTube. Makes sense. People who love Isolation are gonna love this, so you might as well target the same audience. Anyway, the trailer begins with a rapid blast of images. We see a circular 2001-esque space station orbiting the Moon. A fish flopping around with a cable attached to it. An ominous shot of the lunar surface. 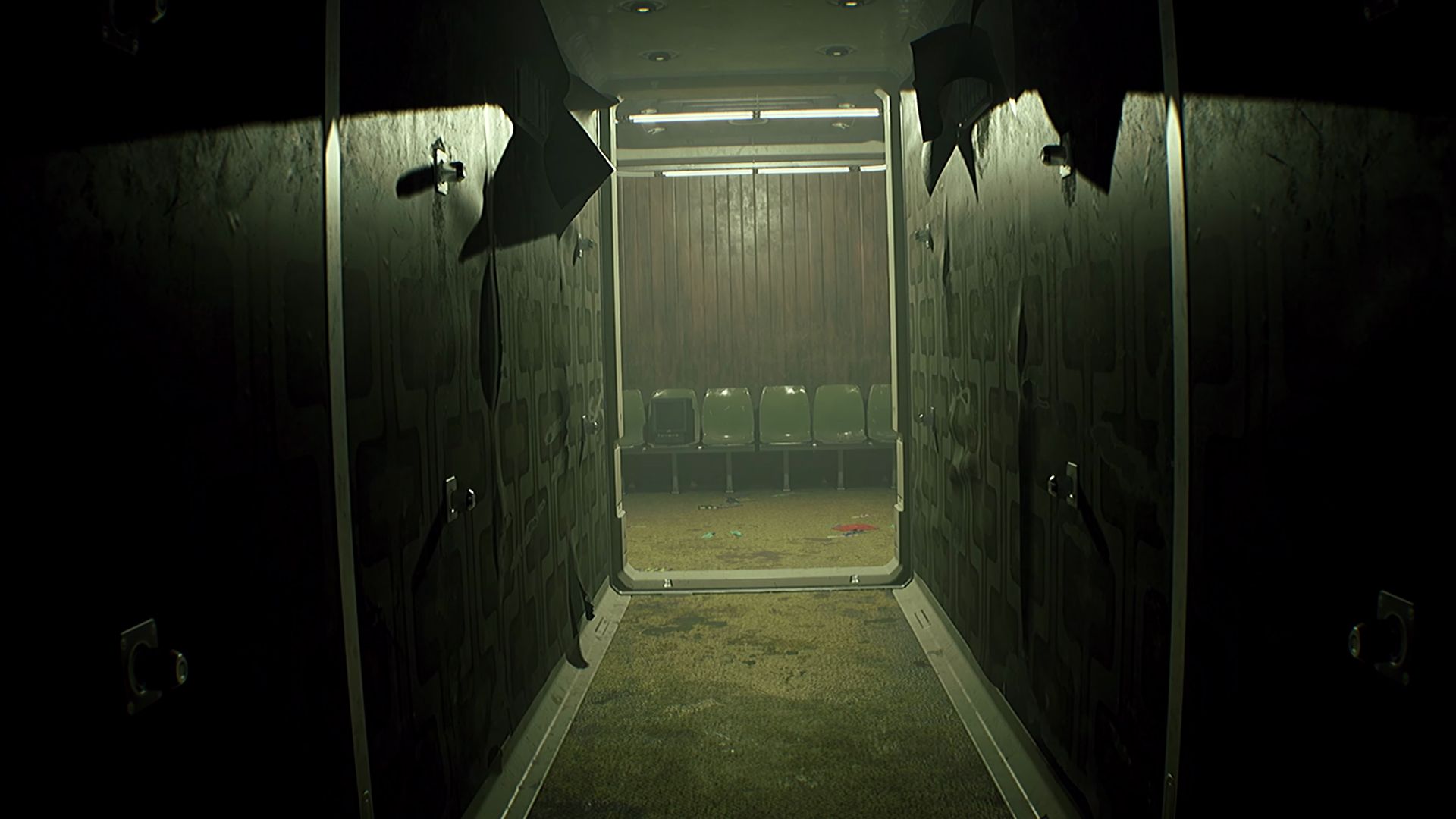 I'm not gonna try and decipher what these disconnected images mean, but the fish is intriguing. Why is there a fish on the Moon? Who left it on a counter to flop around like that? Why is it attached to a metal device with a black cable? Is that an oxygen tank? Or is the fish being pumped full of… something? It's an exotic looking fish too. A koi carp, perhaps? I'm bad with fish. I've spent far too long talking about this, but it must have some importance to feature so notably in the trailer.

Then we find ourselves slowly lurking along an empty corridor. The wood panelled walls and funky yellow wallpaper are very 1970s. Then there's a sharp cut to the same corridor, seemingly years later. The walls are rotting and covered in black mold. The lights are flickering, the place has been vandalised, a body is on the floor. Does this mean the story will take place in different time periods? Playable flashbacks? I don't know what's going on here, but I'm already incredibly eager to find out.

Next we're crawling through a vent. Thick bundles of wire tied with cable ties snake through it. Suddenly, it goes dark and we hear a mechanical screeching sound. It's very Silent Hill—as are the arcane symbols that appear, glowing red, in the darkness ahead. Interestingly, we see a flash of one of these symbols—concentric diamonds with a black hole at the centre—briefly at the very beginning of the trailer. I'm wondering how abstract Routine will be. Will this ever make sense?

The last part of the trailer is an extended slice of gameplay. We walk down an escalator. The moon base—or wherever we are—is littered with junk, including some satisfyingly chunky-looking CRT monitors. The main character lifts up a device that looks kinda like a gun crossed with a VHS player. It clunks and clinks, possibly being reloaded, as a small screen buzzes on the back end. I love the approach to the tech design here. It has a nicely bulky, utilitarian look to it. Very Nostromo. 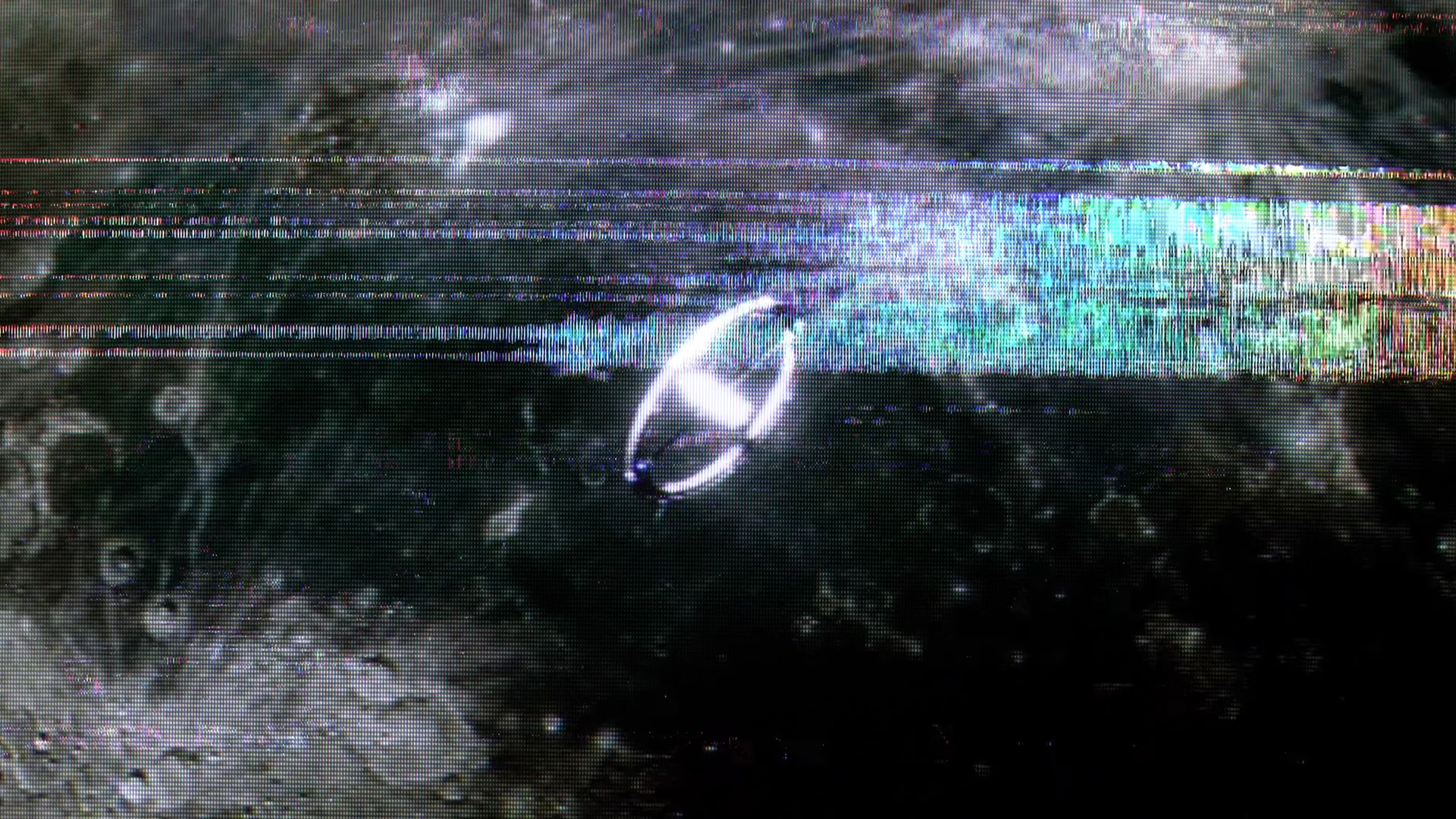 At the bottom of the escalator we spot a mechanical humanoid figure standing in a room motionless. We lift the device up and scan it, but are suddenly, violently interrupted. Another machine is behind us. It grabs us and we see an eerie, skull-like face that seems almost as if it's laughing. It slowly turns to face us, raises its hand menacingly, and kills us. The screen explodes with VHS distortion and the logo appears: ROUTINE. When I saw this happen live last night, I couldn't believe it was real.

That's it. A short trailer, but an effective one. I cannot wait to play this, and I'm delighted the developers weathered whatever hardships interrupted its development. I'm blown away by how good this thing looks and sounds. The art and audio design are stunning, and that giggling robot is deeply unsettling. I cannot wait to get murdered by it myself. As an Alien: Isolation fan who has long since given up on there ever being a sequel, this looks like it'll fill the gap nicely. Welcome back, Routine.