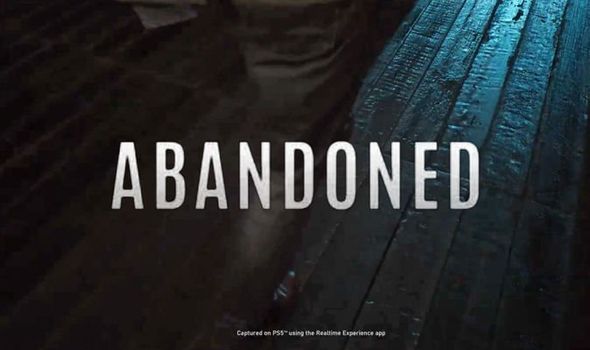 The Abandoned PS5 trailers app is set to get a highly anticipated update which adds a new introduction teaser for the mysterious PS5 horror game. Makers Blue Box Game Studios previously announced that the eagerly awaited patch for the Abandoned Realtime Experience app would be dropping on Tuesday August 10 at 8pm BST. However, not too long after this scheduled update time the Blue Box Twitter revealed technical issues had pushed back the update’s release on PS5.

The @BBGameStudios account posted: “There is a technical issue with the delivery of the patch. We are working to get this live ASAP.

“We apologize for the inconvenience.

“We will inform you once we resolved the issue.”

Not long afterwards the Abandoned makers added: “Quick update: we are still working on it. We sincerely apologize for the inconvenience.”

But, over 12 hours after the update’s scheduled release time, the Abandoned PS5 app still hasn’t received the patch.

In its latest update today Blue Box Game Studios said they are still working on a fix for the issue.

The account tweeted: “The delay is taking longer than expected. We are fully working on this. We thank you for the patience and we apologize for this.”

In the run-up to the planned Abandoned update release the Blue Box Twitter posted a new teaser for the game.

The short teaser simply showed a close-up of a figure walking in a darkly lit room.

Alongside the teaser Blue Box Game Studios tweeted: “Are you Ready?”

While Abandoned director Hasan Kahraman has also been tweeting about the update’s release.

Tweeting at one follower about what to expect from the Abandoned app, Hasan posted: “Full reveals are coming later, right now this would be a teaser footage from the actual game to get started.”