This past week, Games Workshop has been previewing the latest addition to their range of Age of Sigmar models. The upcoming release of the Lumineth Realm-Lords bolsters the Armies of Order with the new Aelven faction previously only available as a special edition launch box.

The launch of the Lumineth Realm-Lords may not have gone as planned for GW, with a lackluster uptake on the launch box released earlier this year that is still available, at least in the UK, on several independent online stores and on the shelf in my local game store. Oft viewed as High-Elves 2.0, the natural follow on from Warhammer Fantasy Battles, the inclusion of the divine bovine, Alarith has caused some fans to chomp at the bit and dig in their hooves.

Let’s be fair, while the art direction taken with the new faction has been questioned, it is undeniable that the new sculpts look amazing. The majestic nature of high elves from classical fantasy has been captured by mashing it together with a classical approach of Greco-Roman imagery that goes somewhat to explain the inclusion of the minotaur inspired Alarith – Spirit of the Mountain, and Avalenor – The Stoneheart King. 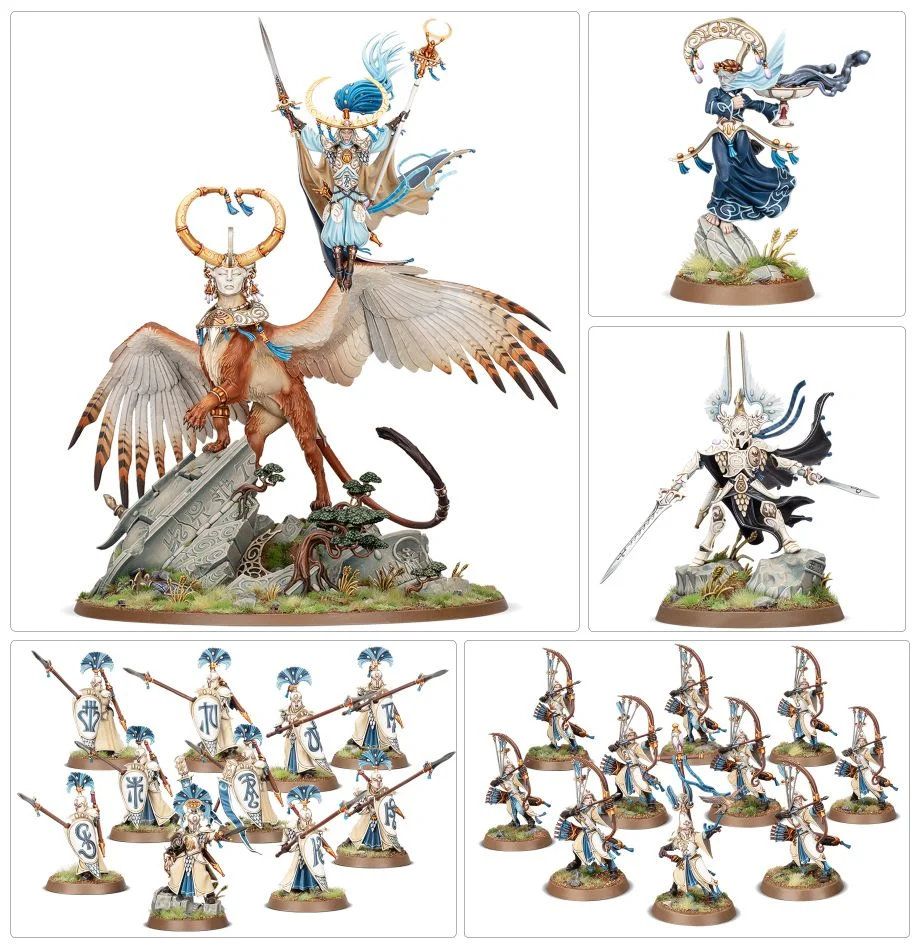 The centerpiece of the new faction is the Archmage Teclis and Celennar, Spirit of Hysh model that comes with its own display base. Mount this to a plinth and it would make a worthy addition to the display cabinet. Other models set for release are the aforementioned Alarith and Avalenor, The Light of Eltharion, and the Scinari Cathallar. Supporting them in battle is the Alarith Stonemage. Rounding out the fodder we have the Alarith Stoneguard, the Auralan Wardens, the Auralan Sentinels, and the Vanari Darwnriders.

The new models are coming in multiple waves, with the first wave currently available for preorder at your local independent game store and at GW online. Along with the minis, GW is releasing a set of bone themed dice, Warscroll Cards, and of course the retail edition of the Lumineth Realm Lords Battletome. Whether GW can convince the naysayers remains to be seen, but we expect that in time the Lumineth Realm-Lords will become a very popular faction.