What would you do when your tummy howls for a midnight snack, and a convenience store is located just so tantalisingly close to your home? I would have gone right back under the sheets and sleep away the hunger pangs till the next morning, but I’m not the kid in Almost Home Now who, for whatever reason, had to grab a sandwich in the middle of the night, and has to deal with the horrifying prospect of traversing through this macabre darkness. Being out alone in the streets would be creepy enough for most children, and this ordeal is made more frightful for the child in this short horror game, who suspects that she isn’t alone on her way home.

Resembling the degraded, grimy texture of bootleg VHS tapes, Almost Home Now replicates the claustrophobic terror of being stalked disturbingly well due to a well-placed twist: you’re watching the poor girl walk home from the perspective of the monstrous stalker, played back almost as if it’s surveillance footage. While you’re not taking control of the camera per se—you’re still directing the girl home via your keyboard—the camera still pans menacingly close to her every movement, as she takes a strangely deserted route home. Camera shots are spliced together haphazardly, giving the distinct impression that her stalker isn’t human, but also freakishly omnipresent: they are lurking from across the long stretch of road, behind the walls of a closed store, at the top of a tree, and more.

Then there’s the environments, which are rendered in the dated, jagged PS1-style pixels, with the streets eerily devoid of any human presence. Lights in the street flicker on and off to startling effect, and even the controls are designed to be simple yet unwieldy; there’s a tendency for the girl to walk in a meandering manner, as if she’s terrified and confused by her inexplicably evolving surroundings. Even if all these treatments aren’t particularly new—the glitchy, cassette tape aesthetic and low-poly, PS1-style graphics have become big trends in indie horror these days—but when put together they can feel particularly potent in its scares. 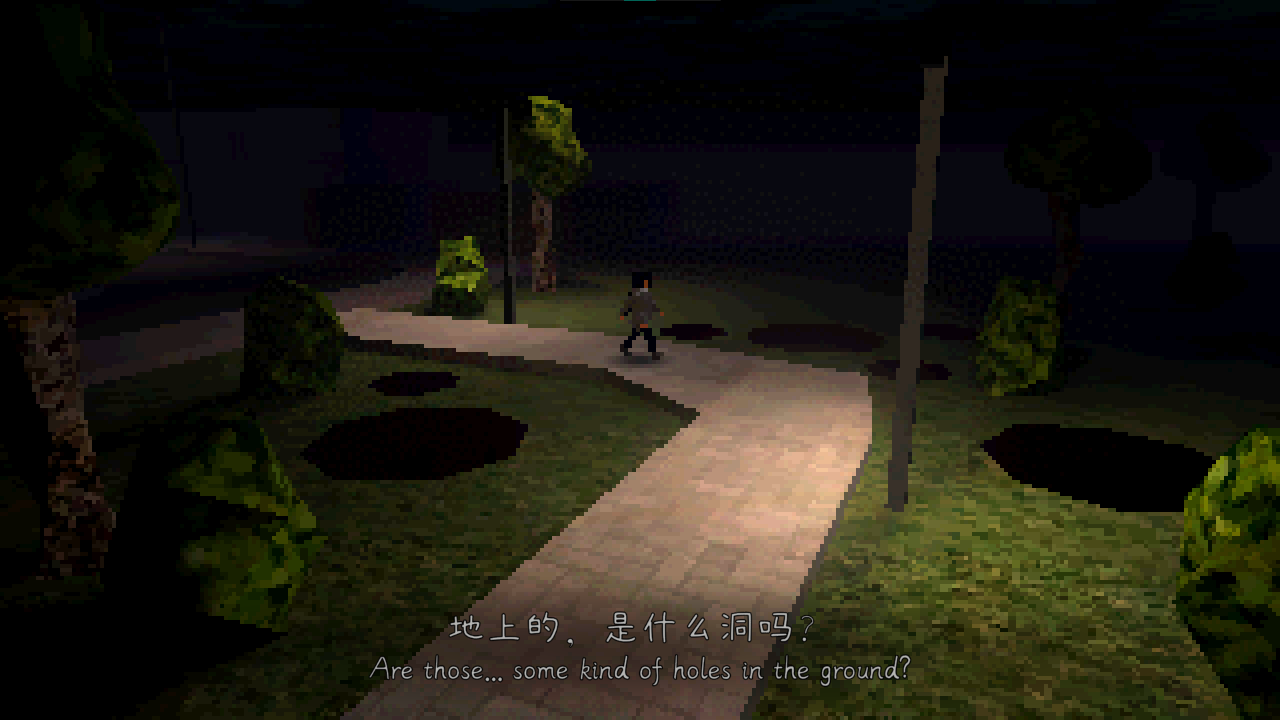 Compounding this breed of glitchy, found footage horror is the root of our childhood fears. After all, we probably never really outgrow our aversion to navigating in the murky, unfathomable darkness. But Almost Home Now is made more terrifying when the only way to stave off these horrors is to reach the safety of your bright, comforting house as quickly as your tiny legs can carry you, your stark vulnerability only heightening your fears. Who knows what spooks lie within the crevices that the light cannot reach? In the end, we will never know whether the horrors the girl experiences are a figment of her imagination, since it’s kept deliberately hazy, but the truth isn’t what really matters here; it never really matters in horror, anyway. Instead, it’s your expectation of something worse that may leap out from the shadows, a brand of anxiety that would leave your heart lodged in the tight confines of your throat.

You can download Almost Home Now for free at itch.io.