Toma is one of the main characters of Amnesia Memories and is the love interest of the Diamond World. If you have been playing through the worlds in our recommended order, starting from the top of the list, then Toma should be the last of the four worlds that you enter.

In this guide, we are going to go over a complete walkthrough for Toma's route. Unlike the other characters, Toma also has a doubt meter that you need to pay attention to. Fortunately, we will be going over every answer, so you can the ending that you want. First, let's take a look at how to get on Toma's route. 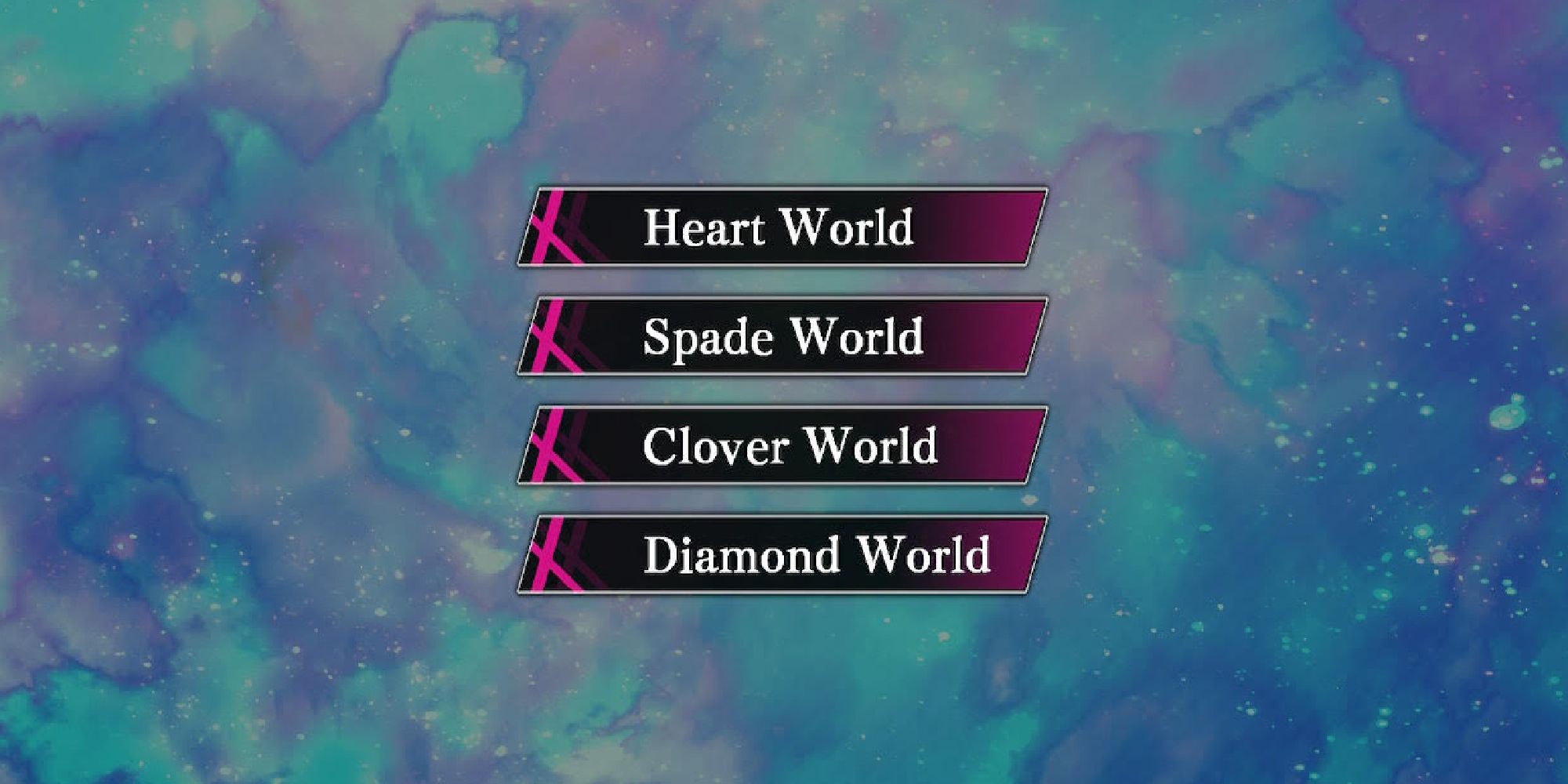 For Toma to be your love interest, all you need to do is choose the Diamond World when Orion asks. This is simple, and once you have chosen, you will be transported to the new world.

Tips For The Diamond World 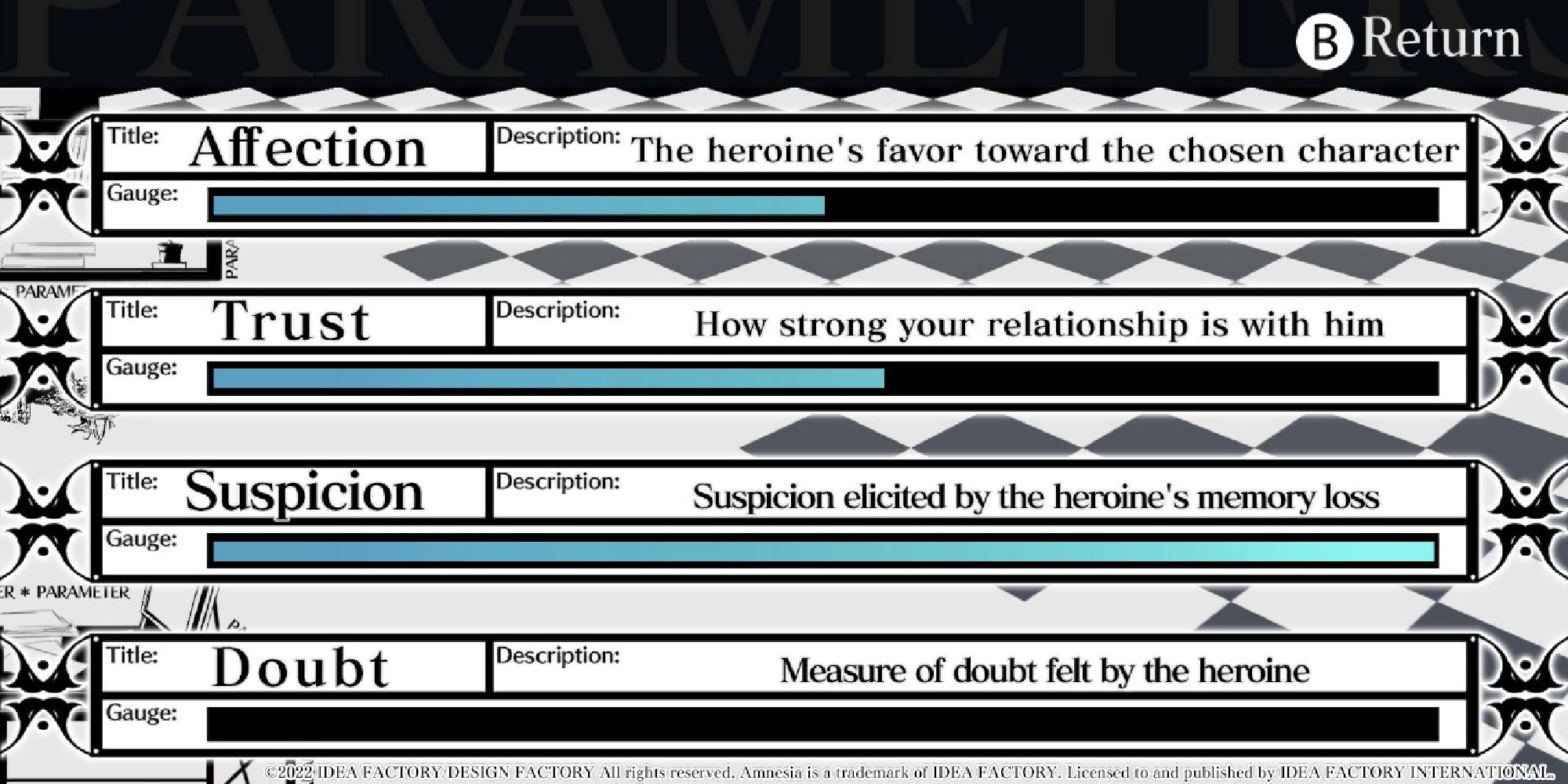 As mentioned above, Toma has a fourth meter that represents how much you doubt him. Essentially, when the doubt meter goes up, you and Toma will both start acting a bit weird. Fortunately, you will need to have a high doubt to get Toma's Good End, so you don't need to worry about keeping it low.

It's important to know that Toma's route is strange, and a bit creepy. At times, you will be put in awkward situations that may make you uncomfortable. If you are aiming for the good ending, then you may have to go along with what is happening.

Route Walkthrough For The Good End 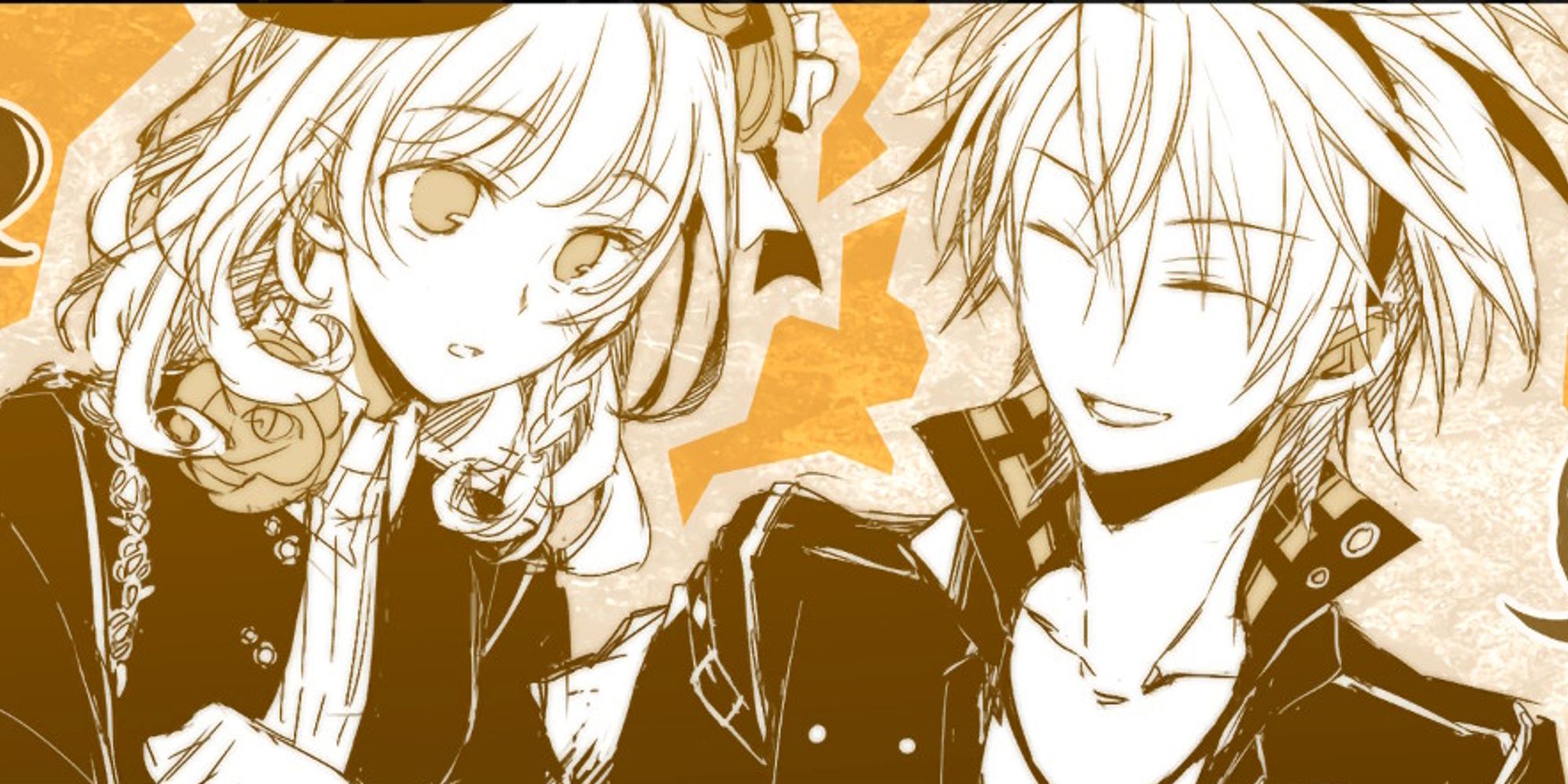 Now, let's take a look at a walkthrough for Toma's Good End. This will start on August 1, but there will be a small-time skip to three days later.

As with other routes, your conversation with Orion prior to entering into the Diamond World does not affect the story. 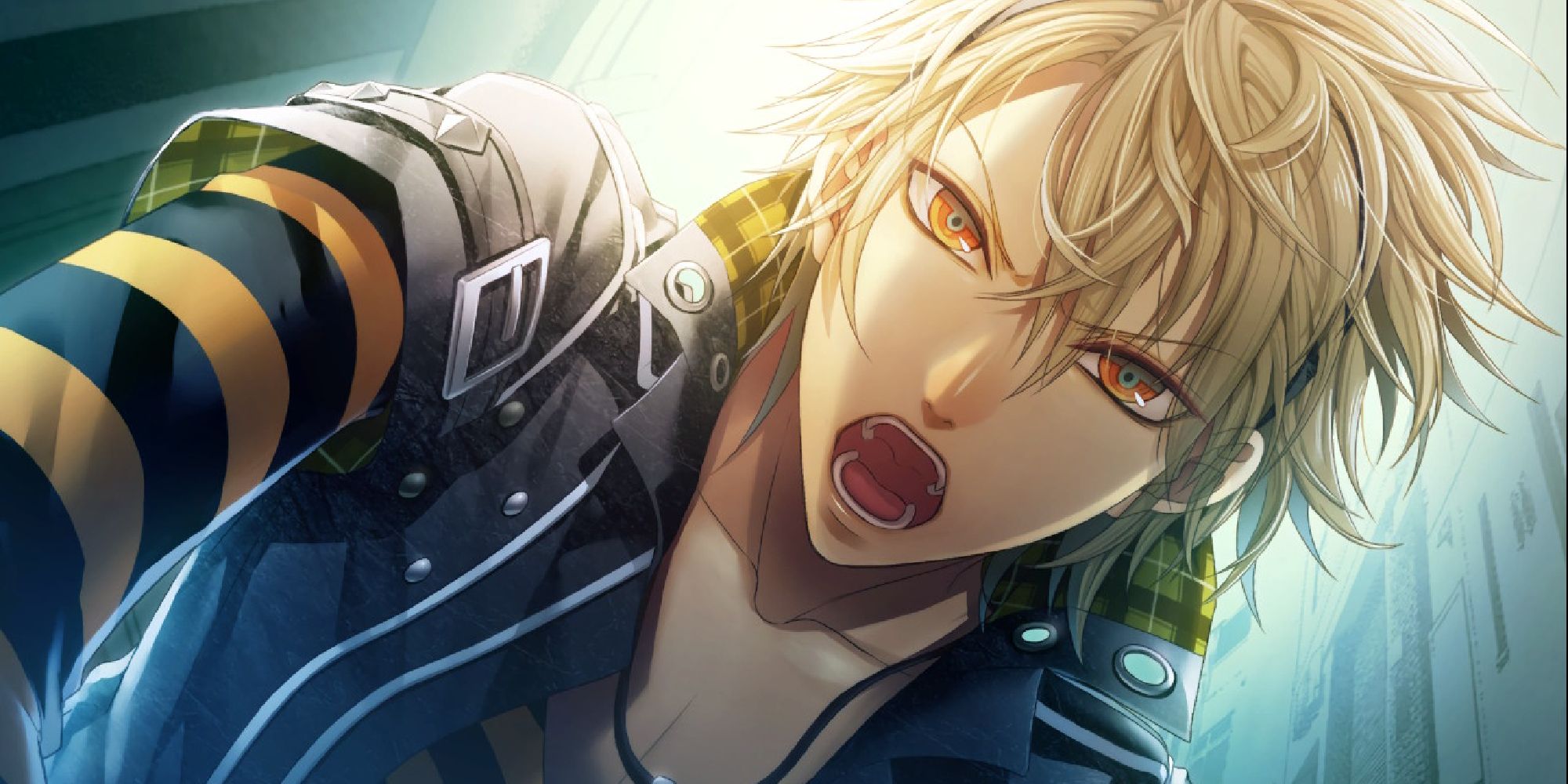 To get Toma's normal route, you will need to maintain a high trust and affection, but keep your doubt pretty low.

In the table above, we've bolded answers you can answer incorrectly if you want the normal ending.

Answering around half of these incorrectly will result in the Normal End, but if your doubt becomes too low, you will get a bad ending. Aim for slightly more than half of the doubt meter filled.

Originally, these answers increase doubt with Toma and lead to the Good End, but if you answer incorrectly, then your doubt won't increase and you will get the Normal End. 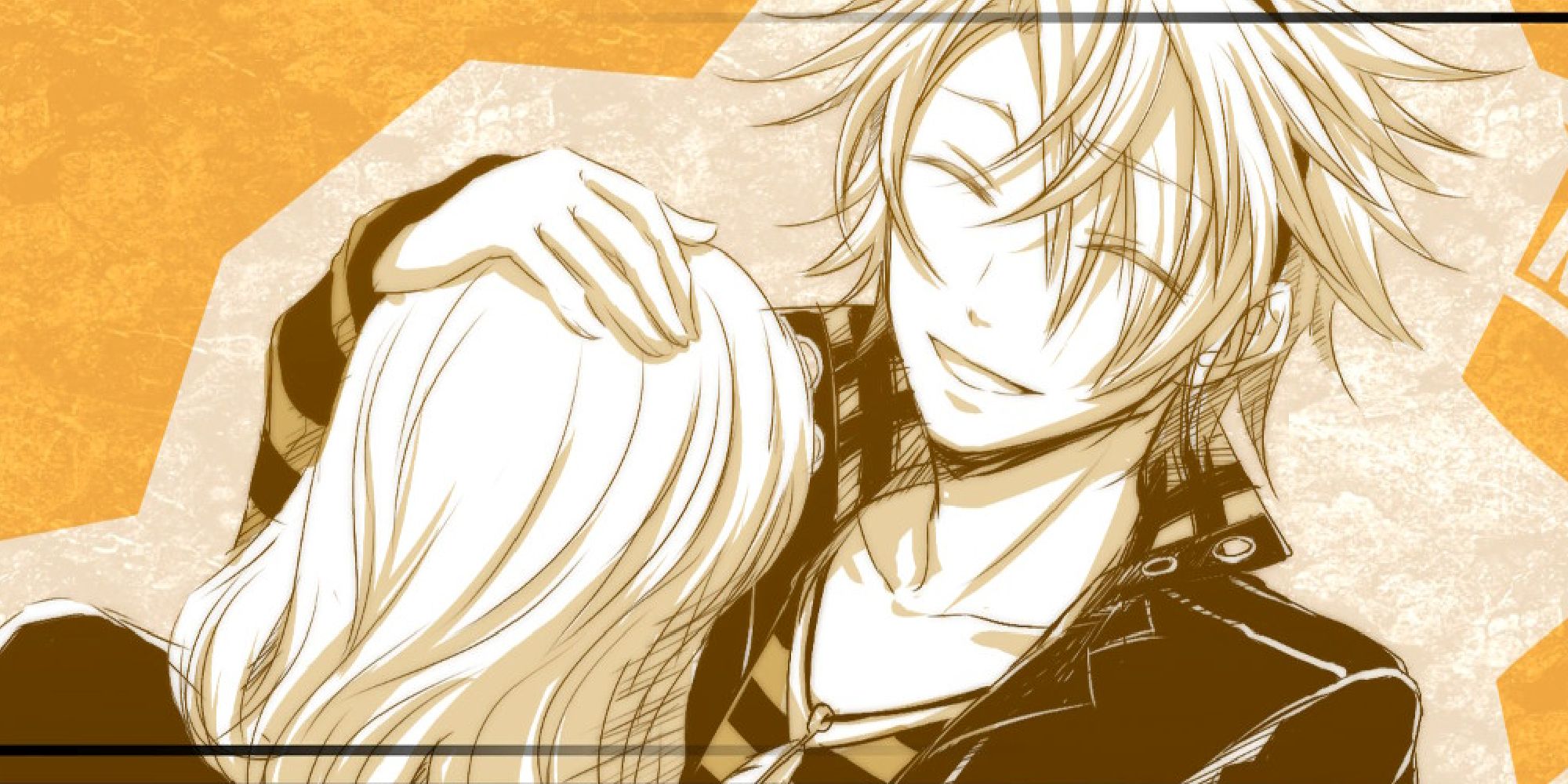 Toma has two bad endings that you can obtain; we will go over each one below.

Getting Bad End One is pretty simple. Overall, it just involves one wrong move.

On August 24, choose "I don't think we have any other choice". This will set you on track for Bad End One.

Lastly, we have Bad End Two. For this ending, you will need to have low trust and affection. This can be done by being a bit cold and hard to deal with.

Along with low trust and affection, you will need to have low doubt. To do this, you can follow the bolded options on the Good End chart once again. Instead of choosing just half of them, answer every bolded option incorrectly.

It's important to choose "Let's run for it" on August 24 still. If you choose the other option, you will get Bad End One.

That's all there is to know about Toma's route! Overall, it's not as cute and romantic as the other endings. If this is the last of the four worlds you have completed, you can now play through the secret fifth world.