On a remote outpost, the Among Us crew do important scientific research while completely unaware of the impostor lurking in wait. To get through your important tasks as quickly as possible (and thus avoid the grim fate awaiting those who are too slow to evade the impost0r), here’s how you can do every single task on Polus along with a few tips for how to not get murdered. 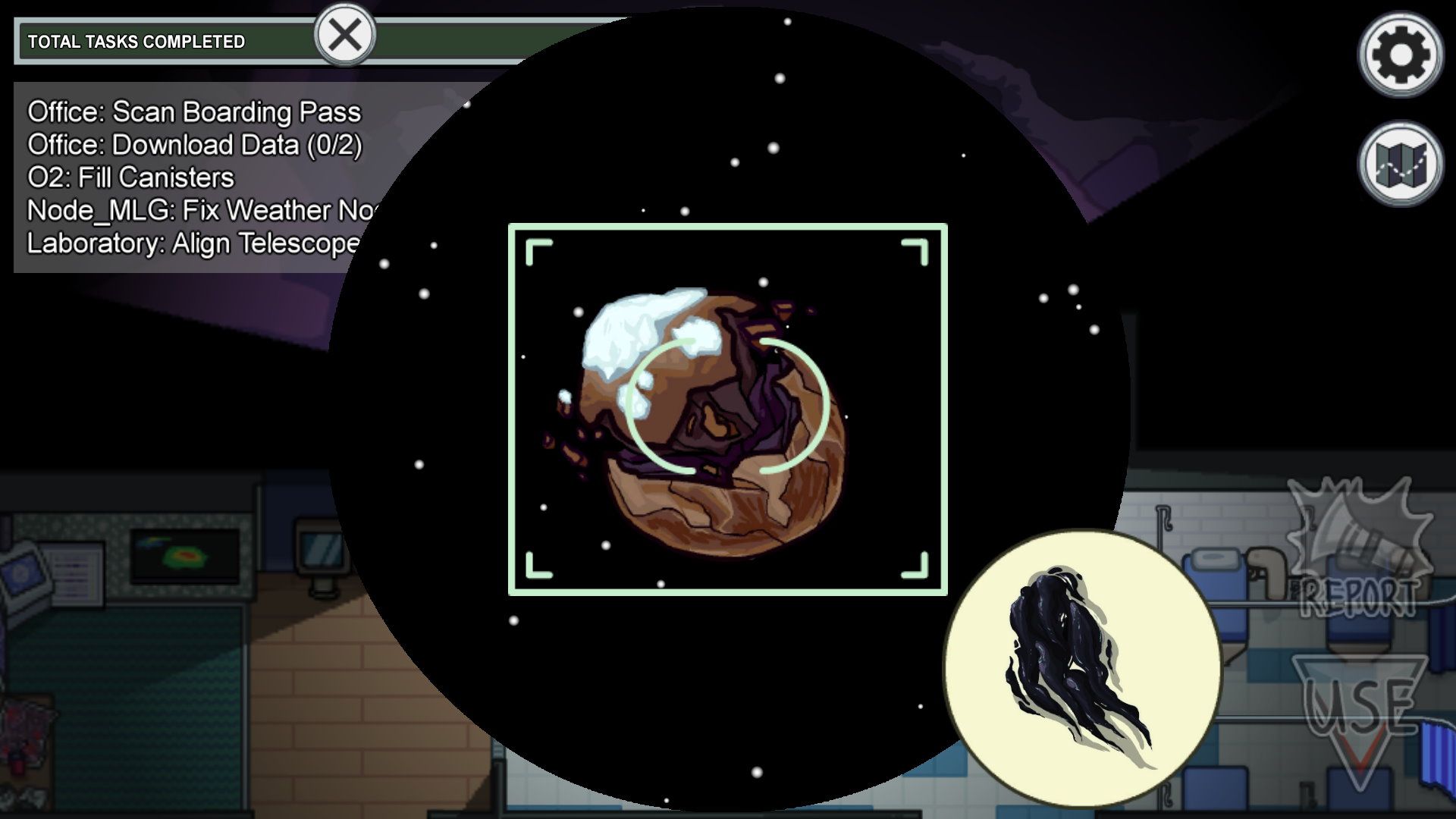 A simple visual task, aligning the telescope involves pointing it at whatever object appears in the lower right portion of the scope. You’re given an audible beeping that gets faster the closer you are to your target. 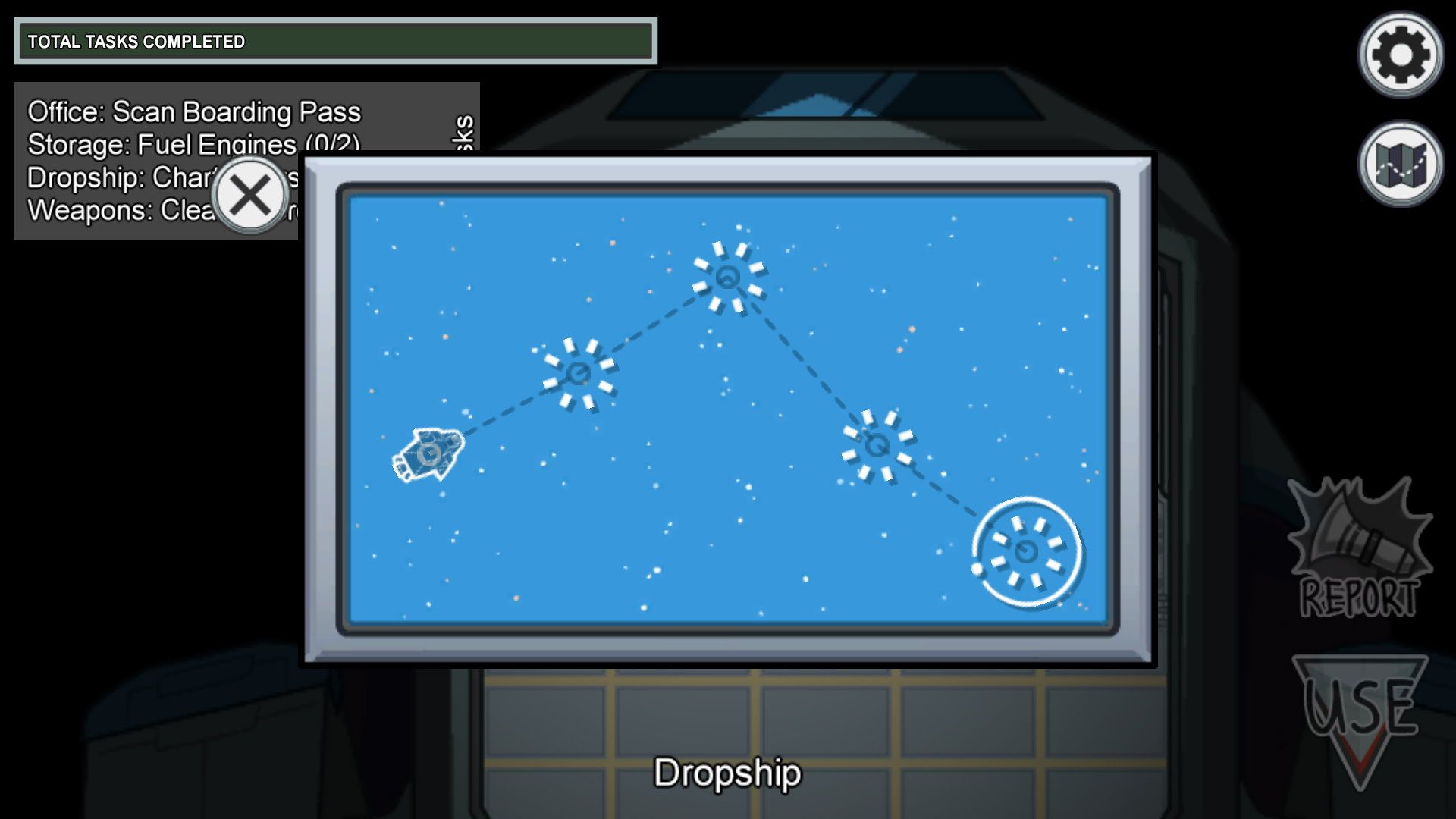 All you have to do is click and drag the dropship icon all the way to the end. If you screw up, you’ll have to start over from the nearest node.

This one’s fun! All you have to do is click on the asteroids as they float past your screen. Click fast as some of those asteroids can really move. Blow up 20 asteroids to complete this task.

As with the other maps, click and drag the handle down until all the garbage has emptied out. 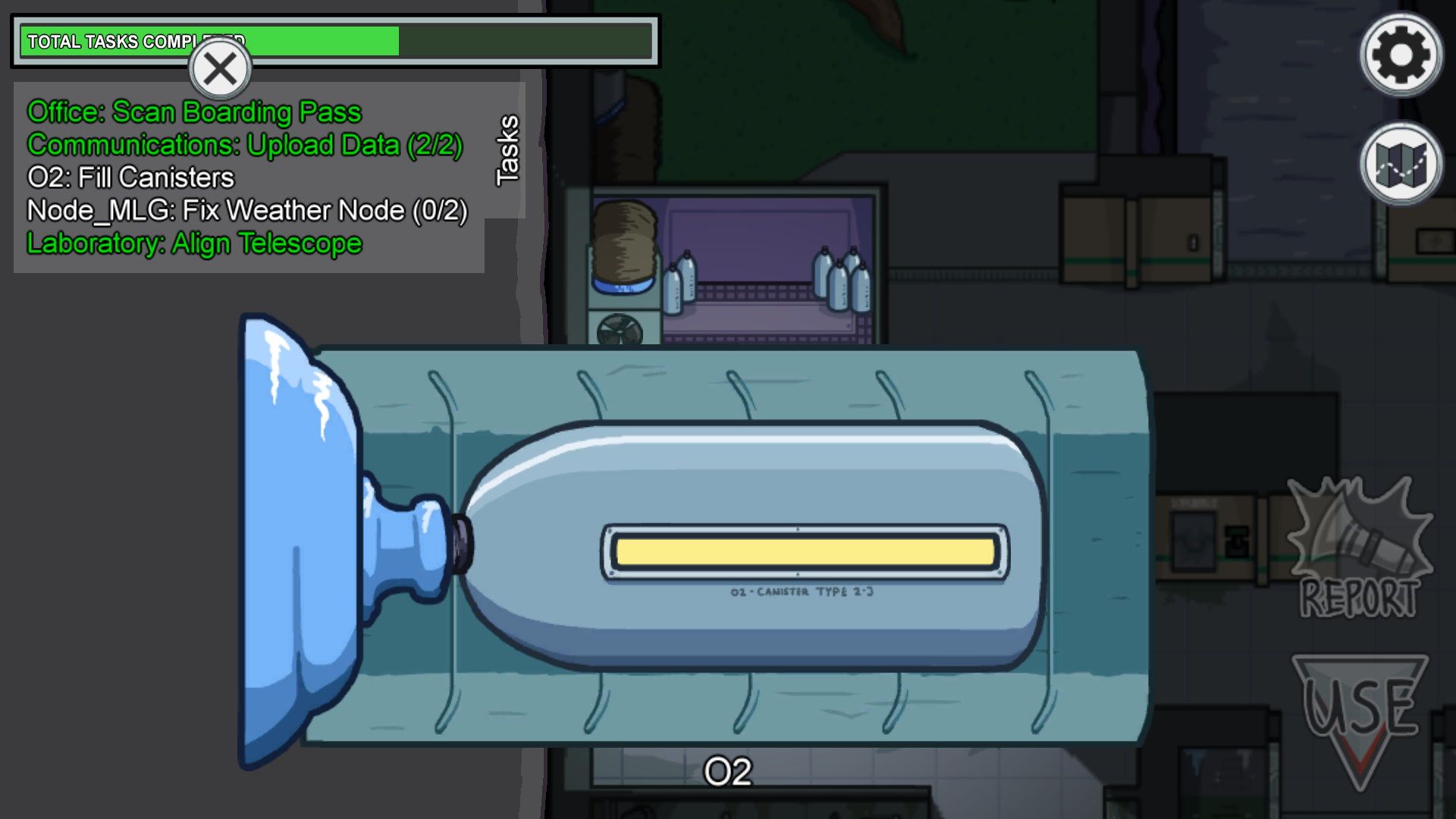 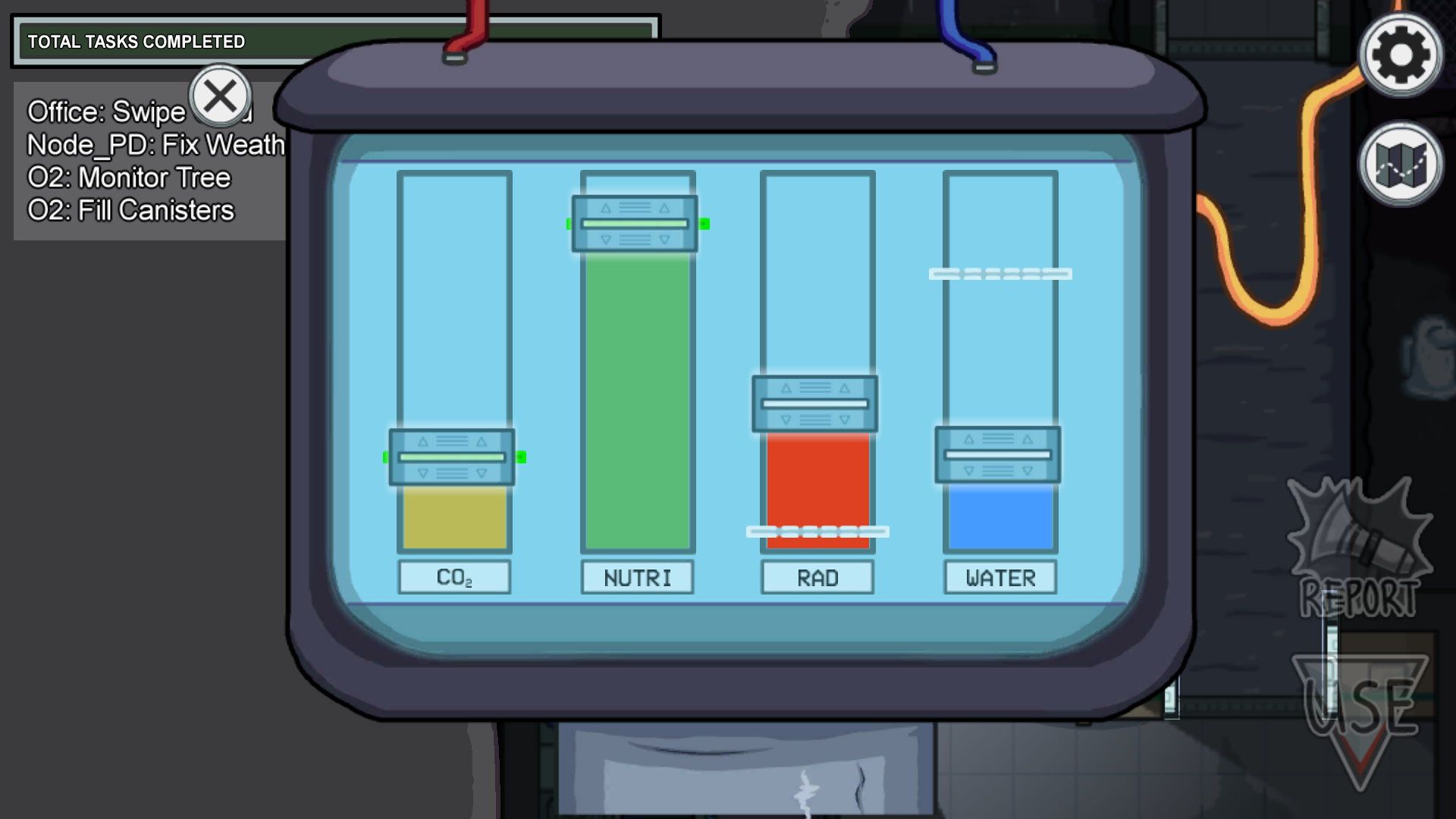 All you have to do is match the sliders with the indicators on-screen. Match each slider with the line showing where those levels should be, and then you’re done. Watch out though, as there’s a vent in this room where you could be ambushed by the impostor.

It’s pretty cold on Polus. Record the temperature by clicking the green up and down arrows until the logged number is the same as the number displayed on the right. Note that negative numbers are definitely possible.

You know how hitting something over and over can sometimes fix it? That’s the idea here. Click on those red squares a few times until they disappear. Do it for all four, and you’re done. 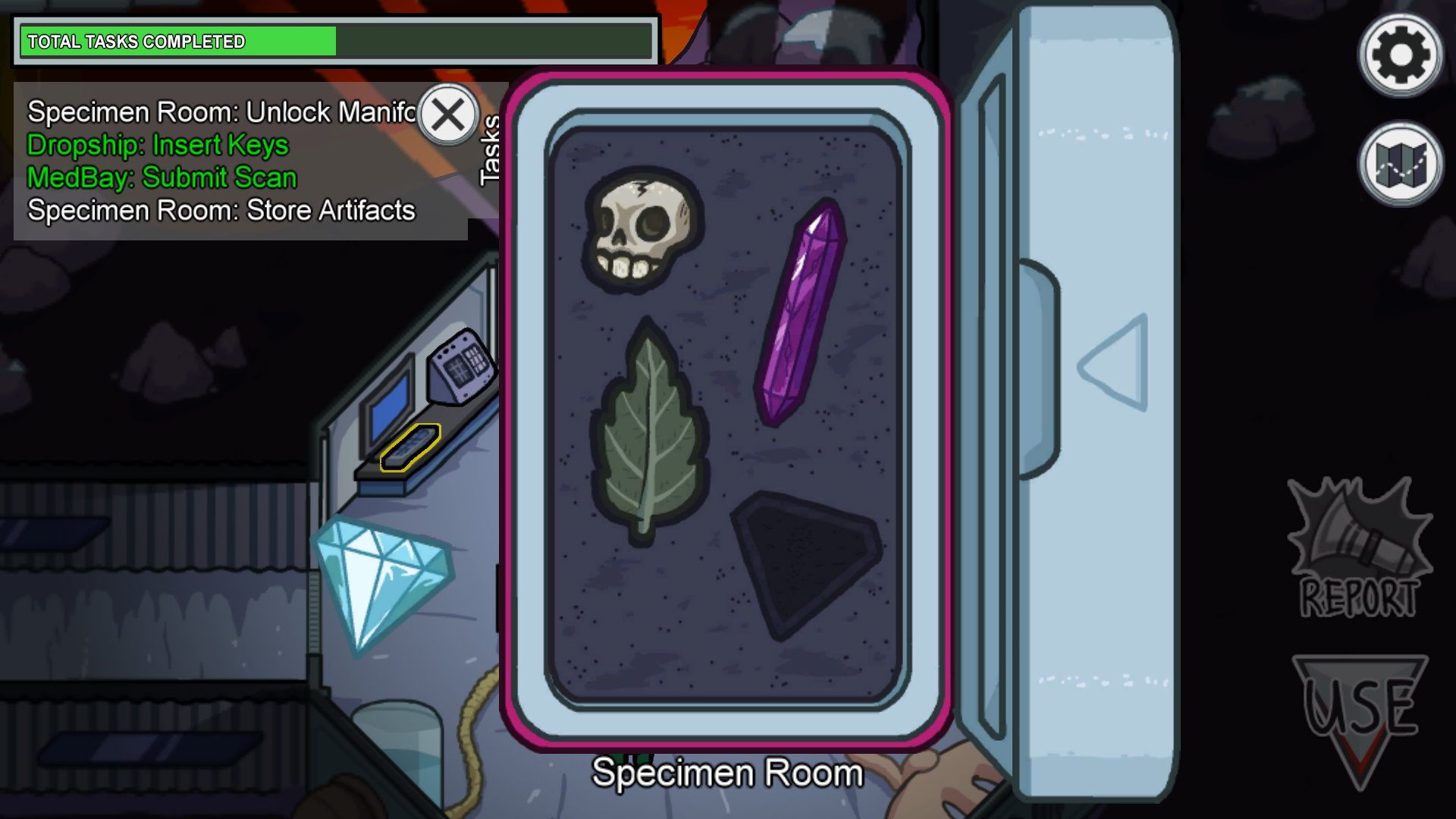 Storing artifacts is simple: just match the shape of each artifact to the corresponding hole in the case. The real challenge is the airlock that keeps the Specimen Room separated from the rest of the map. You can easily get trapped by the impostor, so stay alert. 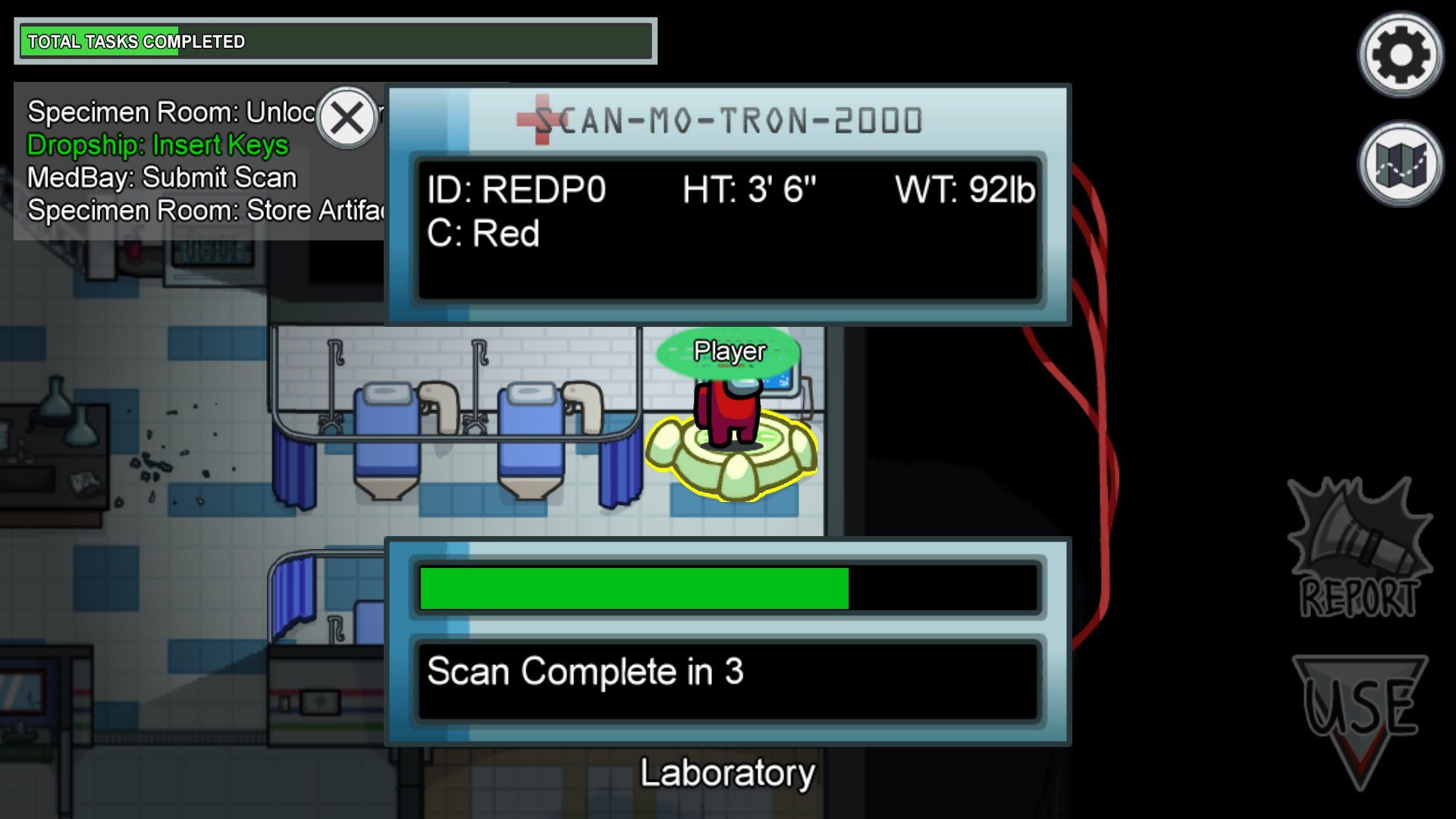 For the scan, you don’t have to do anything. Just click “use,” and the scanner does everything for you. Note that the scan will show the biological info of the user, such as weight, height, and blood type. Remember: the impostor can’t complete tasks, so if you don’t see a hologram after someone gets on the scanner, you’ve found your impostor.

As with everywhere else, just click on the numbers in ascending order, one through ten. That’s it.

As with the other Among Us maps, the crew will occasionally have to fix broken wires at various locations. In Polus, this can occur at either Electrical, O2, Office, Decontamination, or Laboratory. Eagle-eyed players can possibly use this task to spot the impostor as there are many small details that will give the impostor away for attempting to imitate this task, such as trying to fix wires in the Laboratory first or fixing wires at Electrical or O2 last.

As with all other tasks, just click and drag the broken wire to its corresponding color on the opposite end. Do it three times and you’re done. 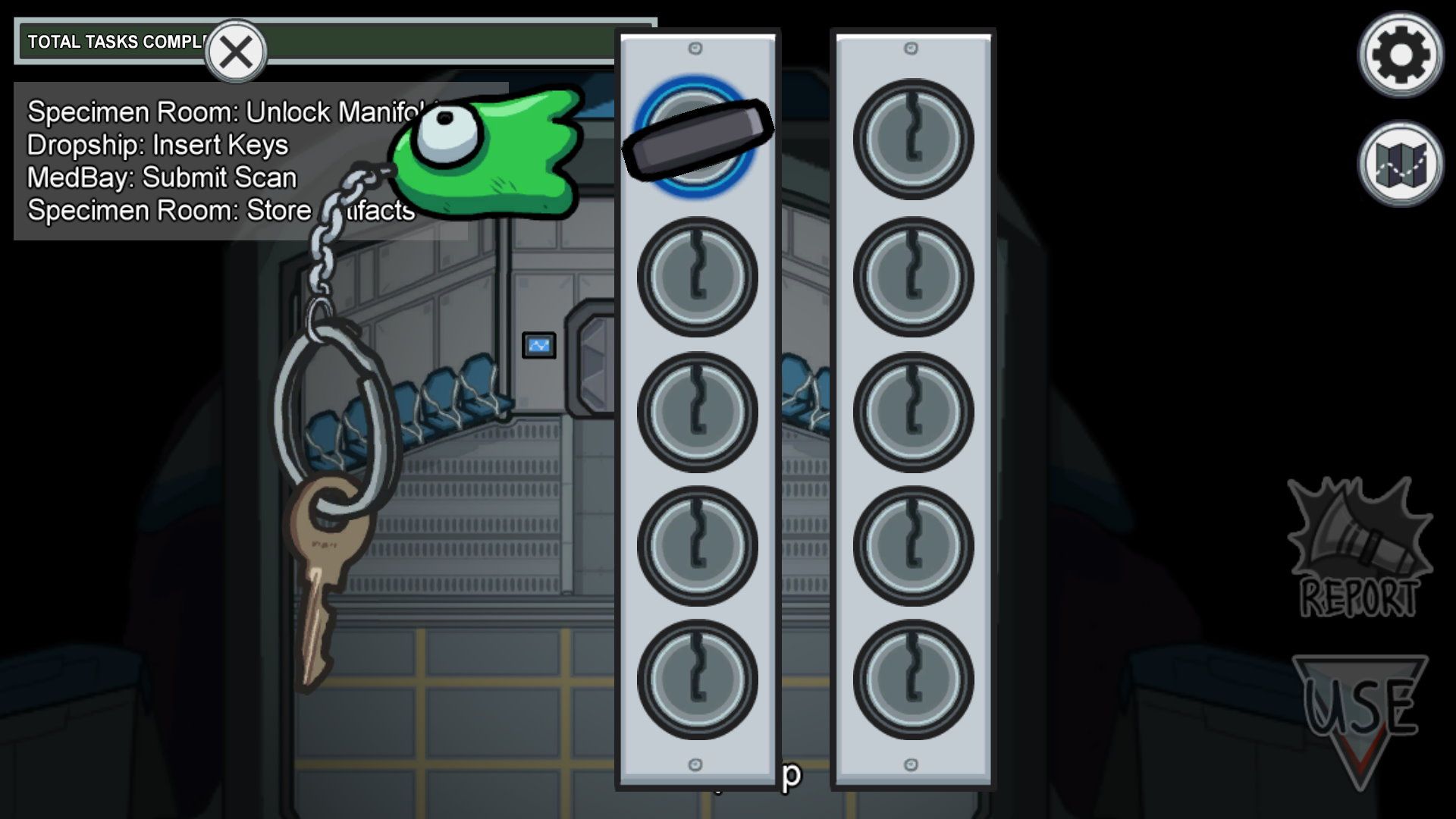 You didn’t think you could take off without your keys, did you? Take the key from the keychain, drag it to the hole, and then rotate your cursor so that the key turns 90 degrees. Done. 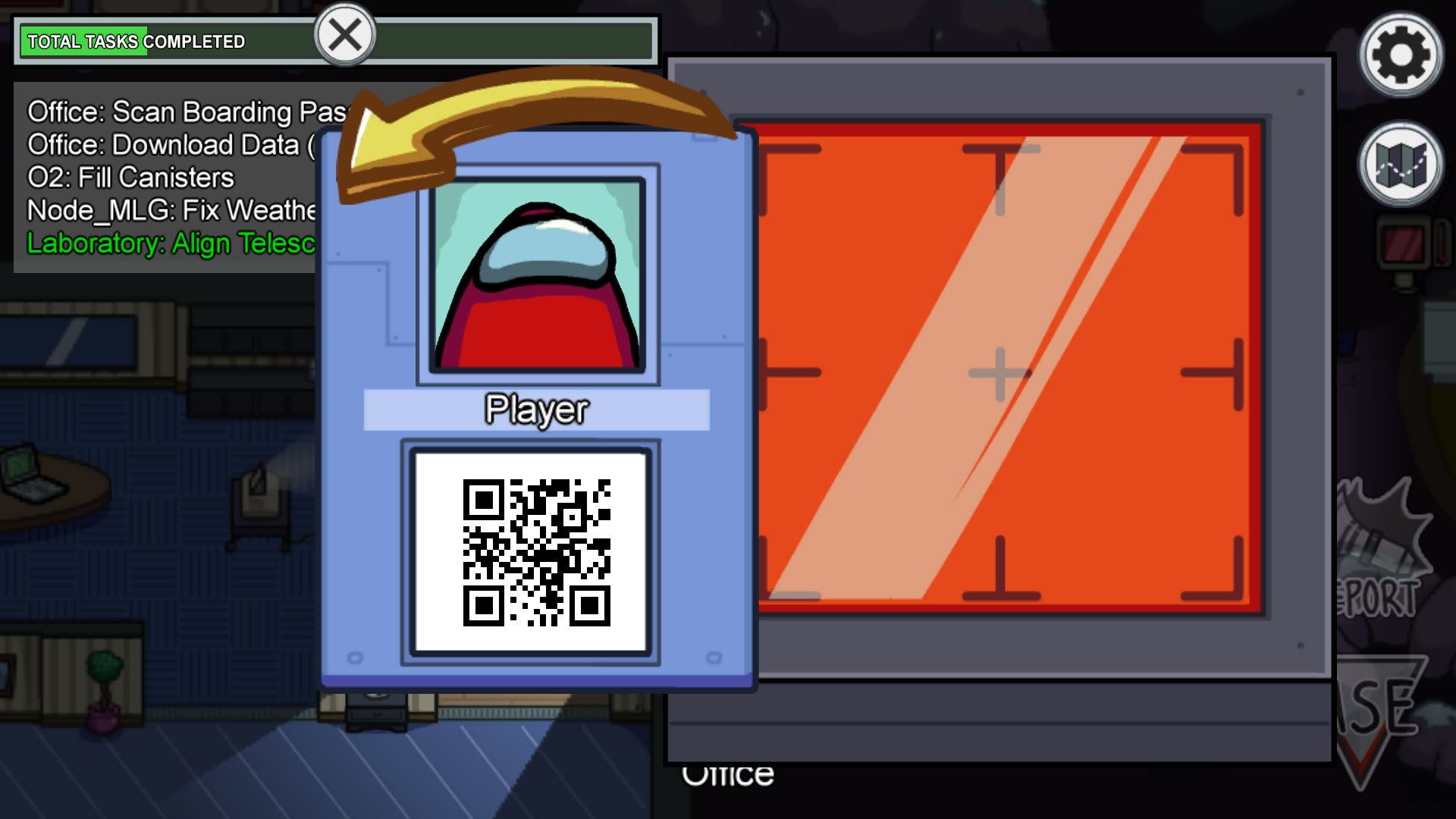 Another simple one, all you need to do is click the small yellow triangle to bring up your boarding pass, then press the larger yellow arrow to flip it over. Then click and drag your boarding pass so it’s face down on the orange scanner and wait for it to turn green. Done!

Same as other maps, you click on the ID card in your wallet to take it out, and then click and drag to slide it through the reader. Note that you can’t be too fast or too slow otherwise you’ll have to try again. 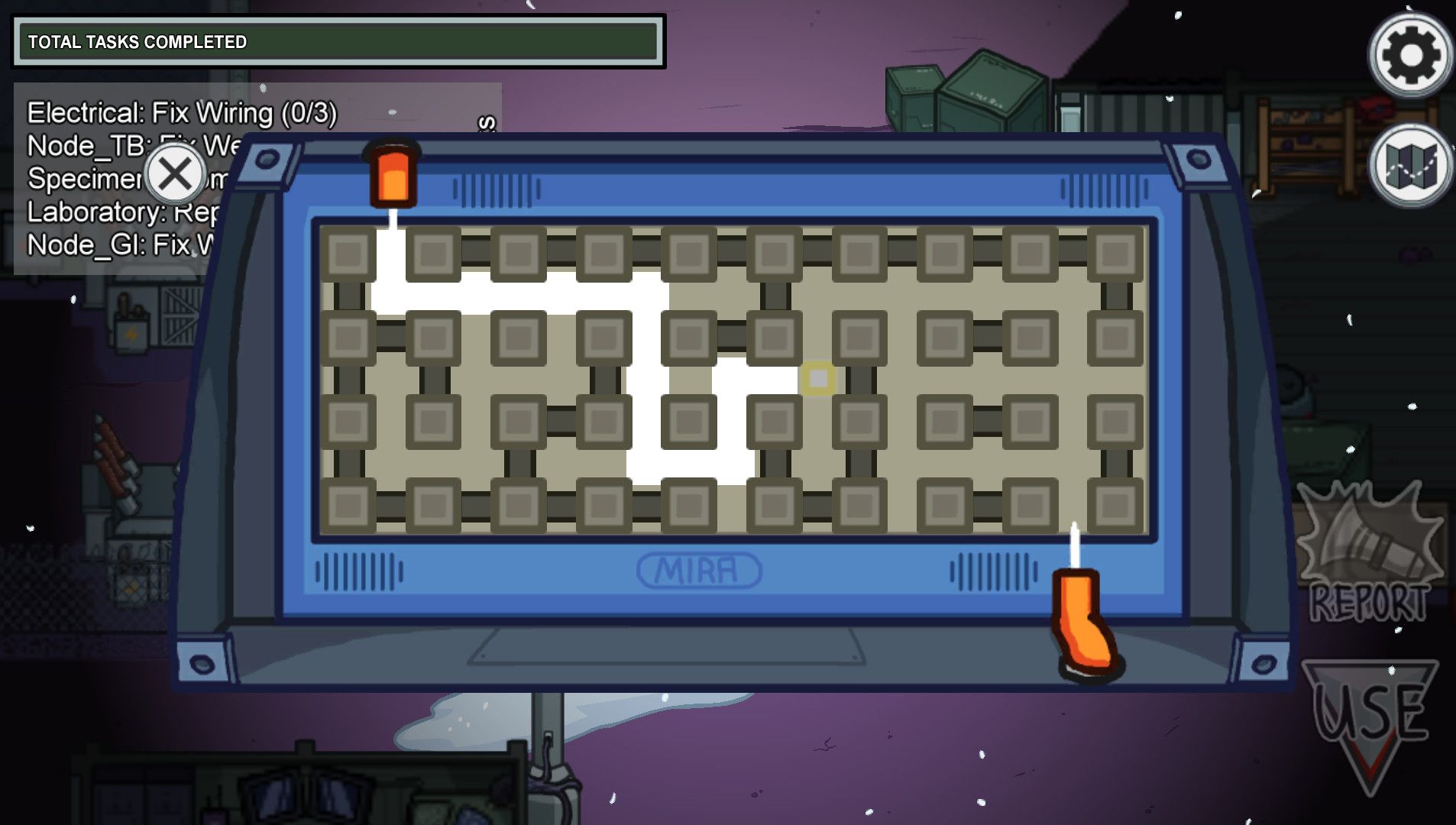 This is a two-part task. First, head to the weather node outside to fix it. This involves clicking and dragging the little glowy bit through a simple maze-like pattern to connect it to the part that’s broken. There’s no going back, so if you go down the wrong path, you’ll have to start all over again.

Once you’ve fixed the weather node, head to the Laboratory to turn it back on. 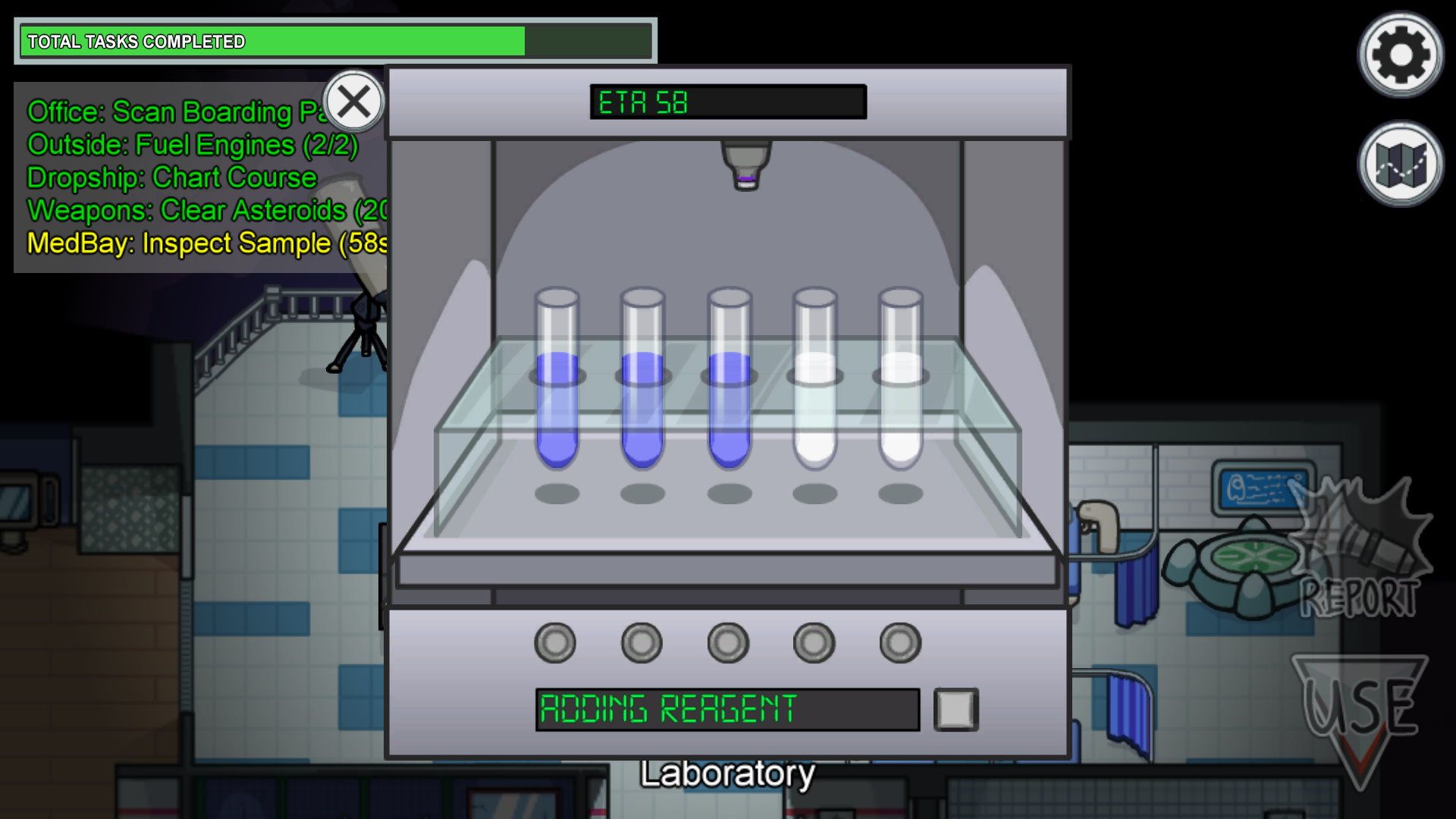 Another easy one. Just go up to the scanner in the MedBay and press the scan button, then wait 60 seconds. You don’t have to sit there, though — you can walk away and then come back in order to complete other tasks, or just keep an eye out for the impostor.

After 60 seconds, return to the scanner, press the small green button beneath the anomalous test tube, and you’re done. 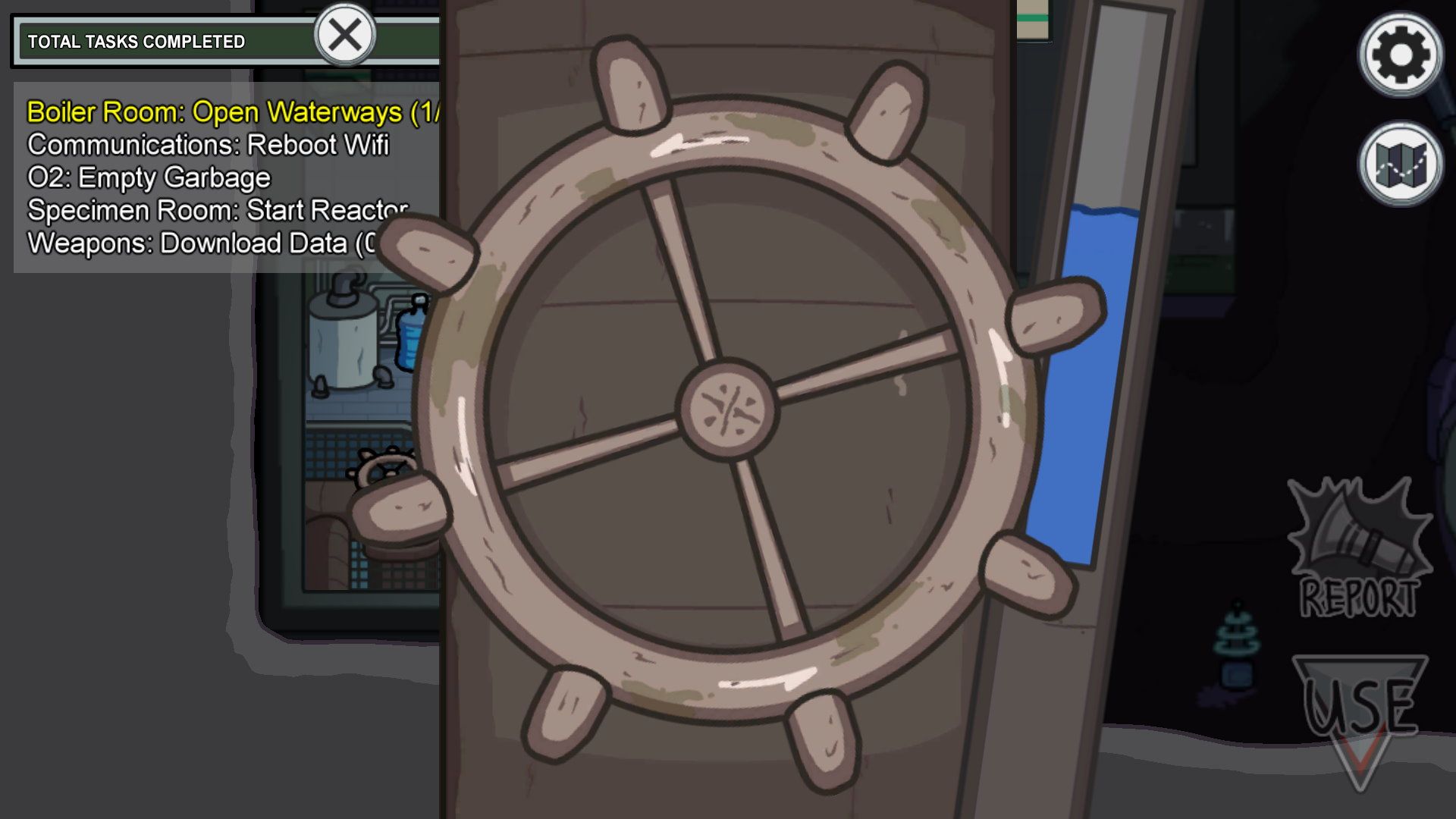 There are three waterways that need opening. To do so, click on the big valve and rotate it counterclockwise (traditionally the “open” direction). You’ll want to complete roughly three full rotations to get maximum water flow. Do it at all three locations and you’re done. 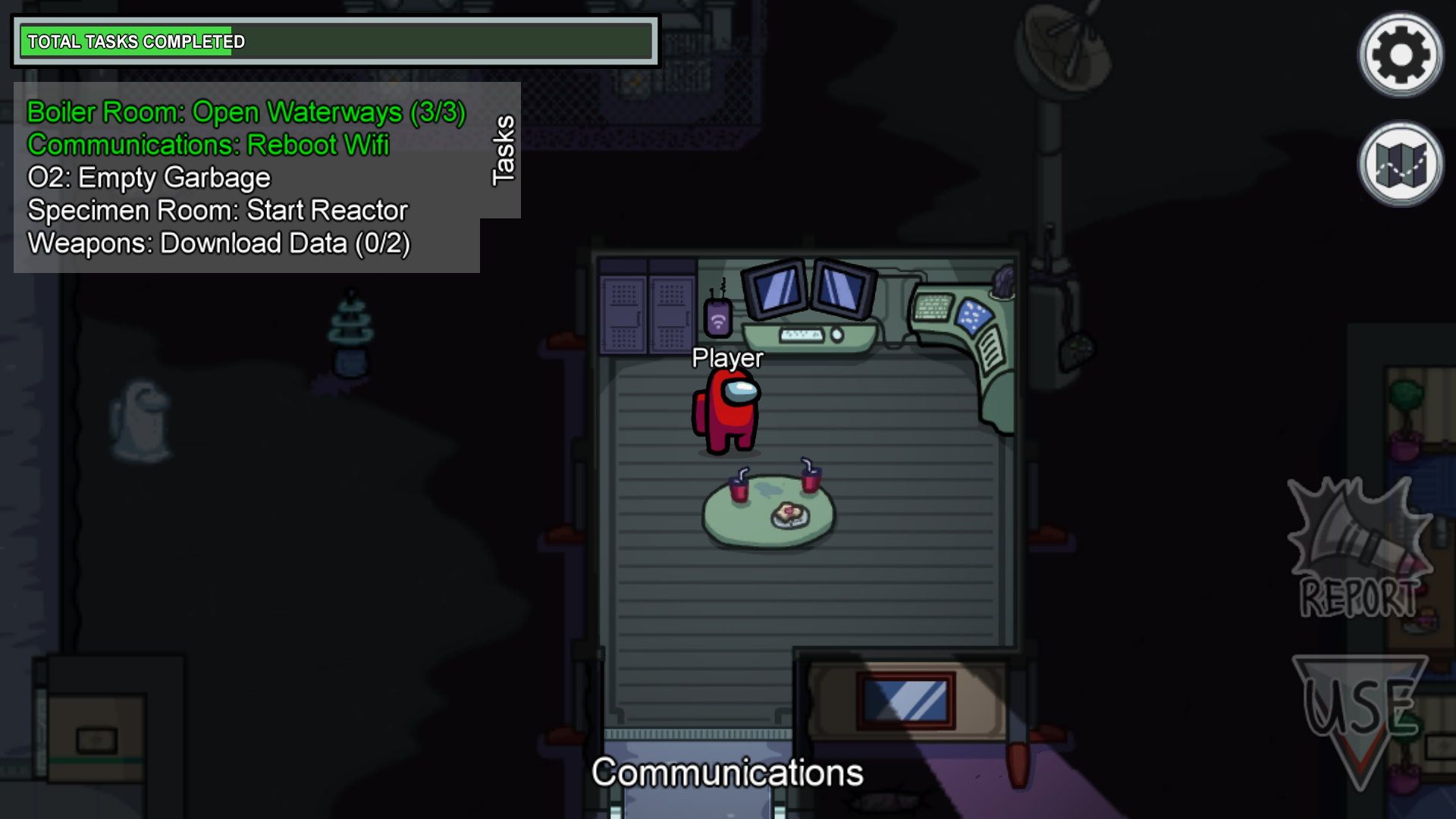 Man, the router is always acting up. Reboot it by dragging the power lever to the off position and then waiting 60 seconds. Just like with inspecting the lab sample, you can walk away and come back later to complete this task by dragging the power lever back to the on position. You’ll have to wait a few seconds after powering the router back on for the wifi to return, which is when you’re most vulnerable. Make sure the coast is clear before you hit that power button. 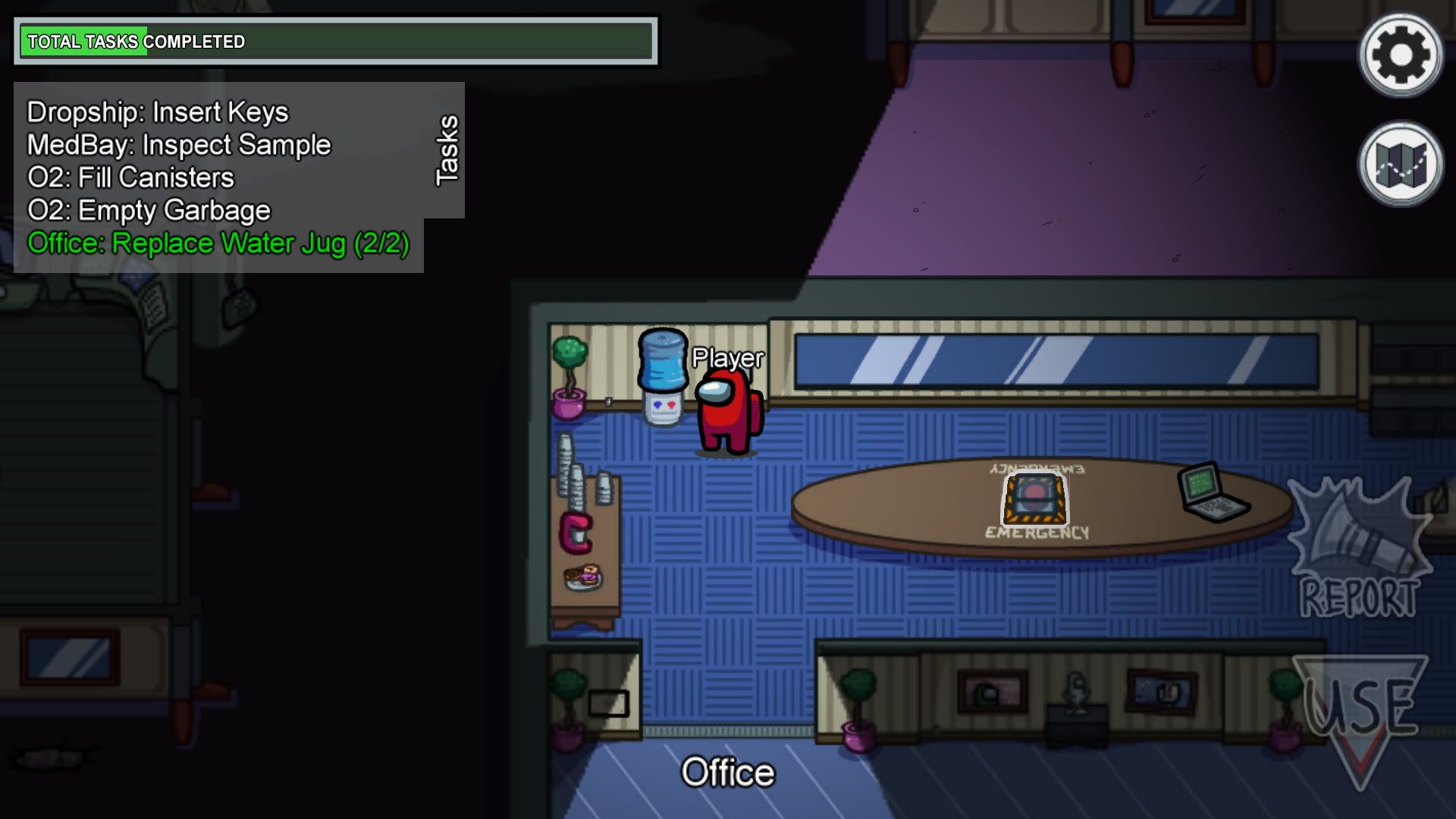 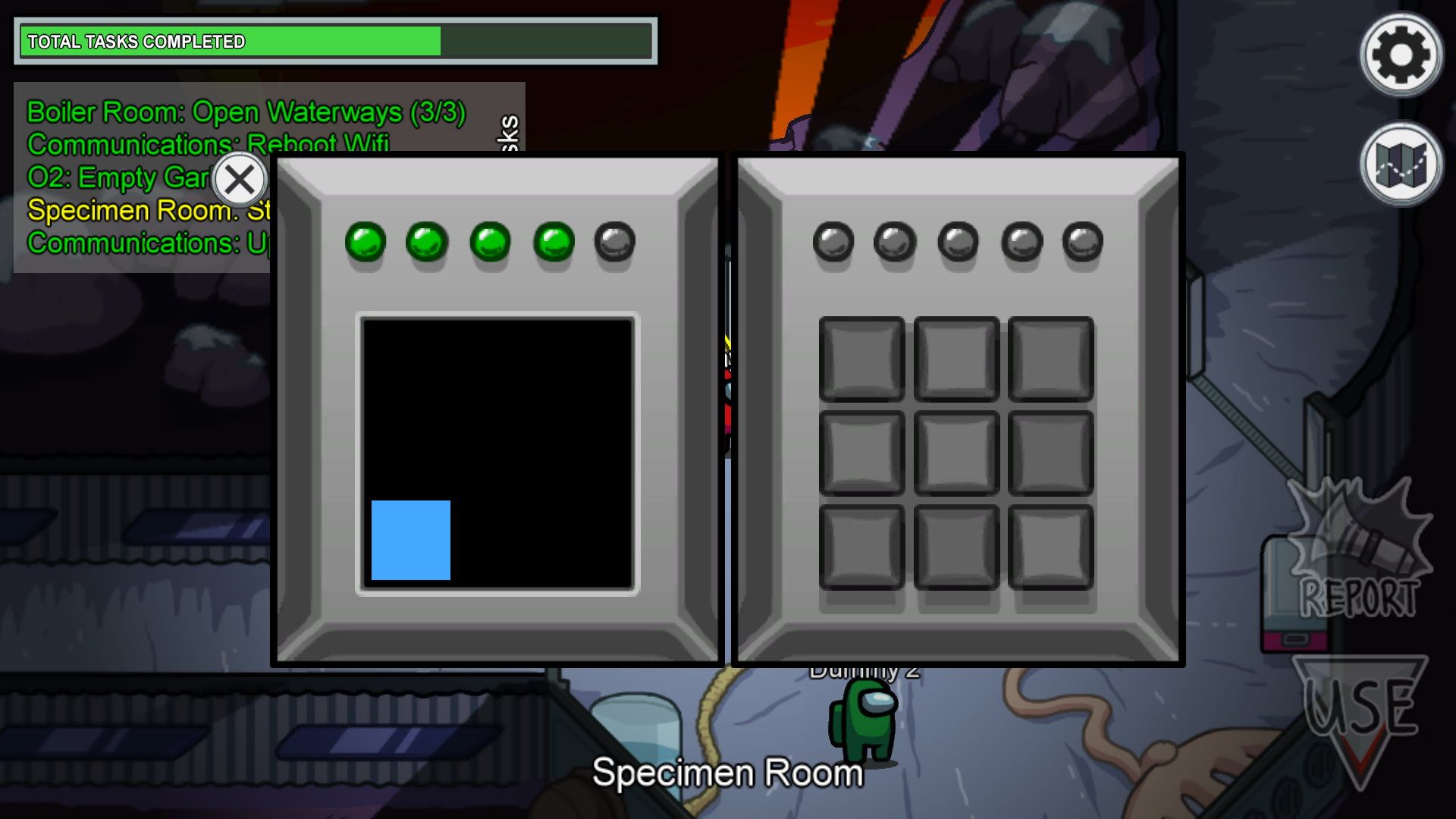 This task is a memory game. The left panel will display a sequence that needs to be input on the right panel. You’ll first have to remember a pattern of one, but the last pattern is five squares long and might cause some people trouble. Get it wrong and you’ll have to start all over again. 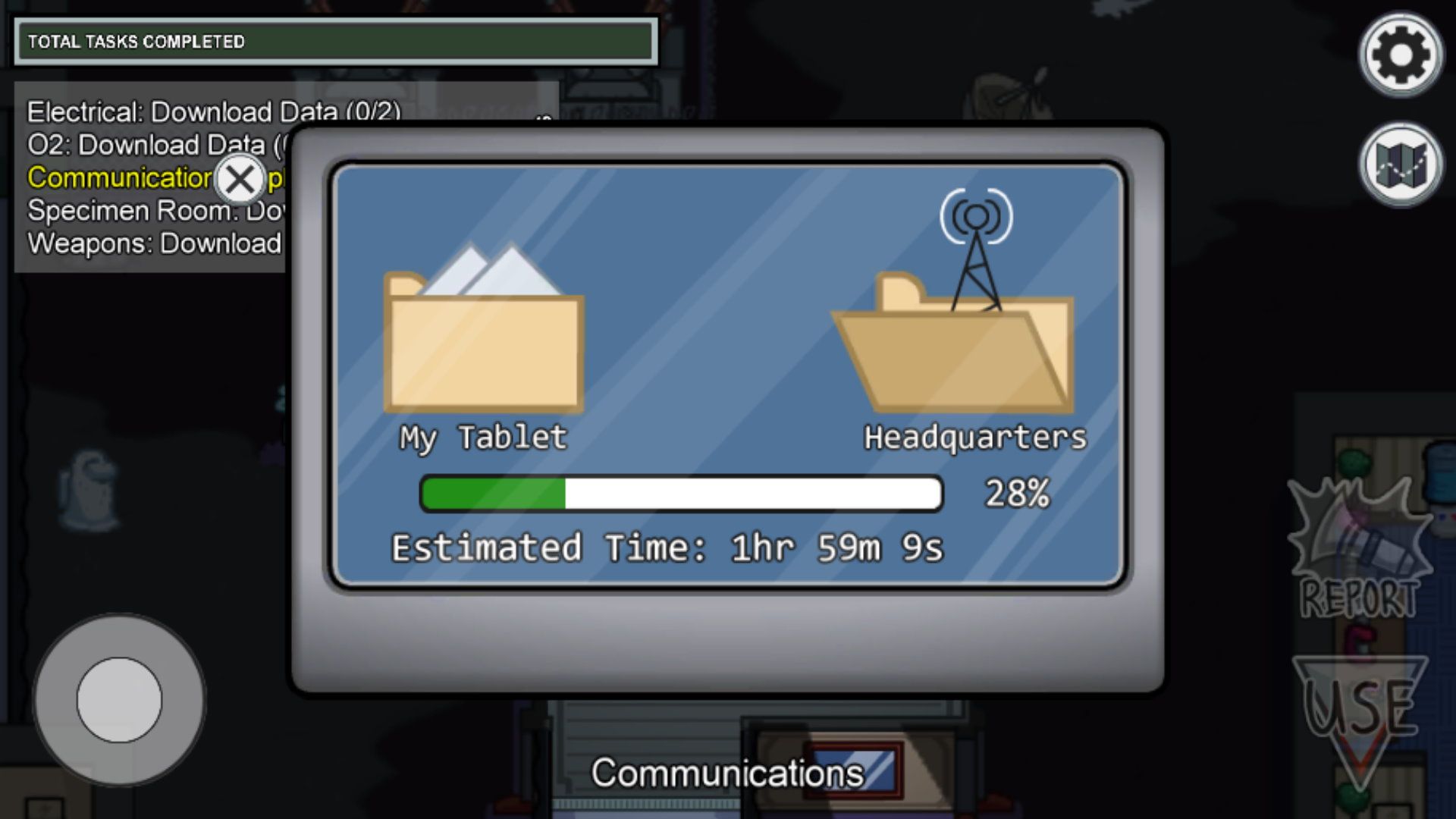 Easy, but time-consuming. Head to the Office to download the data to your tablet. Just click the download button and wait. Then, head to Communications to upload the data to headquarters. Note that you’ll be stationary for a bit, making you vulnerable to the impostor.

This task can also assign you to collect data from Weapons instead of the Office, but you still head to Communications to send the data.

NEXT: Sip On Some 1-Up Kombucha (Probably) At This Mario Cafe 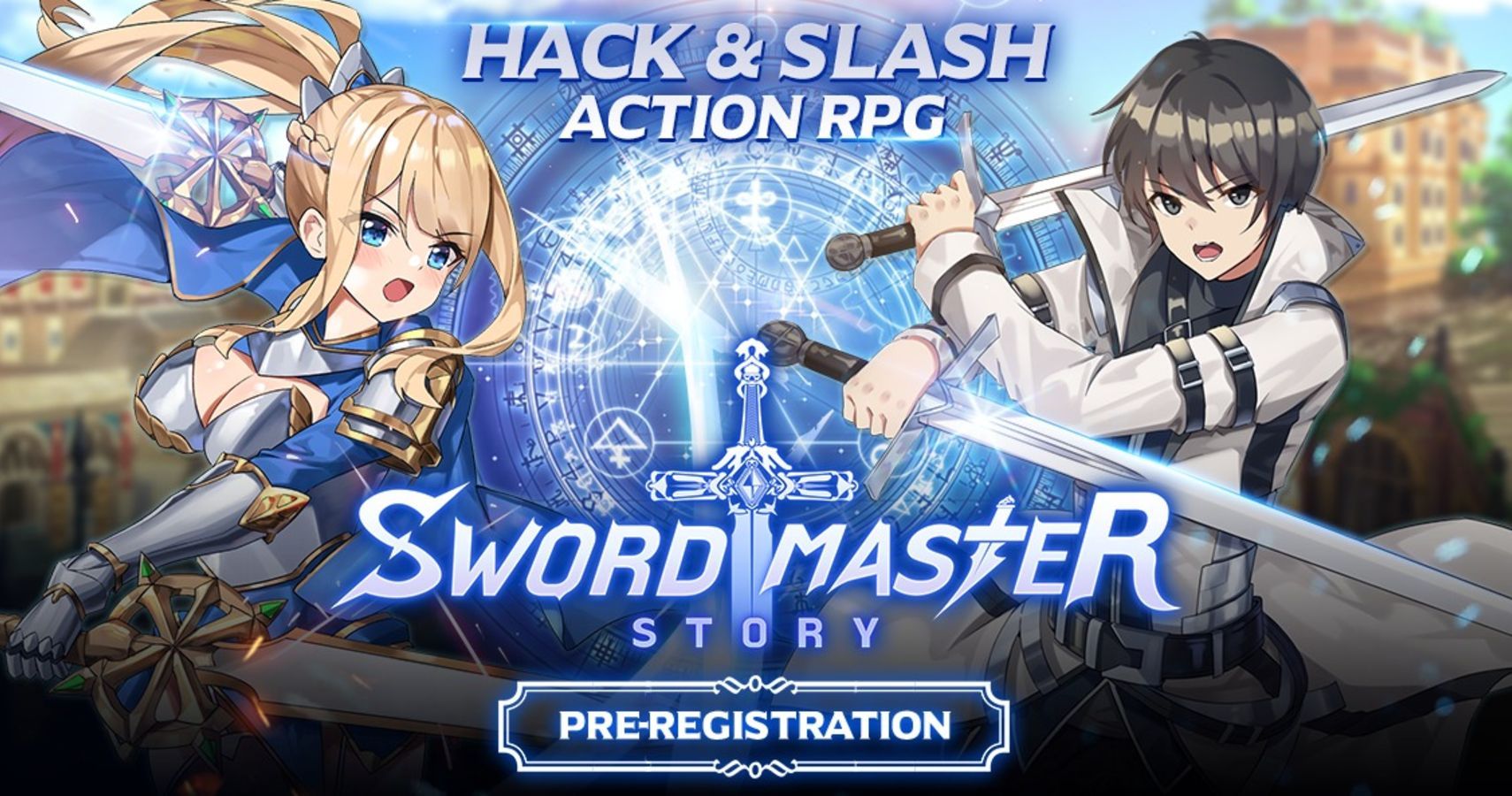