Resident Evil 2 and Devil May Cry 5 released earlier this year to high praise. We got a chance to sit down and talk with two prolific composers – Jeff Rona and Cody Matthew Johnson – that contributed to both games’ assorted soundtracks. Their musical work has also been featured in games like God of War III and Marvel vs. Capcom Infinite. 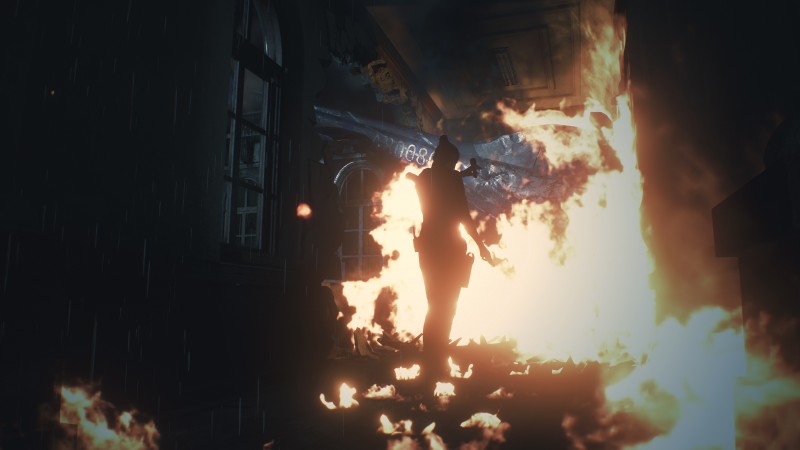 What makes composing video games different from other industries?

Cody Matthew Johnson: Movies and TV are linear; they go in one direction from A to B. But in video games you’re composing not only linearly (because there’s a point at which the game starts and ends) but you’re composing vertically as well. You have to think about the interactivity of the music. I guarantee you that people are much more passionate about video game scores than film scores simply because you can tap your foot to it; you can sing along to a noticeable melody. With video games, you have the opportunity to be a bit more creative and challenge yourself sonically, but, most importantly, get a player completely immersed and stuck in the fantasy.

What does Capcom bring to the table that other developers don’t? What makes working with them so special?

Jeff Rona: I wouldn’t say that Capcom is a monolithic, single-celled entity. In fact, the Marvel vs. Capcom team was a different team than the Devil May Cry team which was in a different city in Japan than the Resident Evil team. In each case, Cody and I got emails from the director saying ‘this is my vision for the game’ and it would often come down to one word like industrial, metal, grunge, etc. I give Capcom a lot of credit; they really like to have a lot of contrast. They came to us with a very specific request but each director has the freedom to say ‘this is how I see this game sounding. This is how I see this character sounding.’ They understand that every game and every character has a style and ask themselves ‘how can we push this a little harder and what can we do that we haven’t done?’ So they challenge themselves, first and foremost. Then they invite us to help them figure out how to honor the franchise with completely fresh ears. 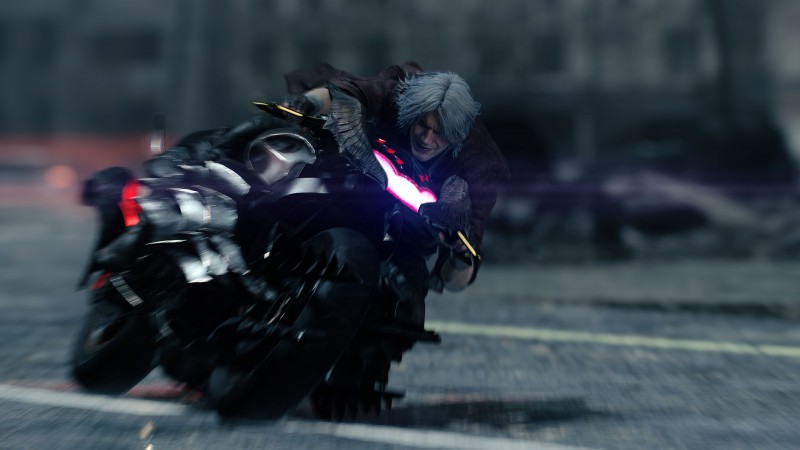 Cody, what inspired Dante’s theme (“Subhuman”) in Devil May Cry 5?

Devil May Cry is this weird balance. You have these heavy concepts like blood, demons, angels, and hundreds of thousands of people dying for no reason. But the characters are cocky and have raunchy dialogue, so we needed to think about that. Capcom started describing how they wanted the music to sound and within three or four sentences they included words like aggressive, metal, guitar, and synth about seven times. After everything, I just wrote down a quick sentence that was the synopsis I was thinking about: aggressive, metal-hybrid with brain-shaking synths and requiem choirs. It’s kind of a nasty beast to imagine. 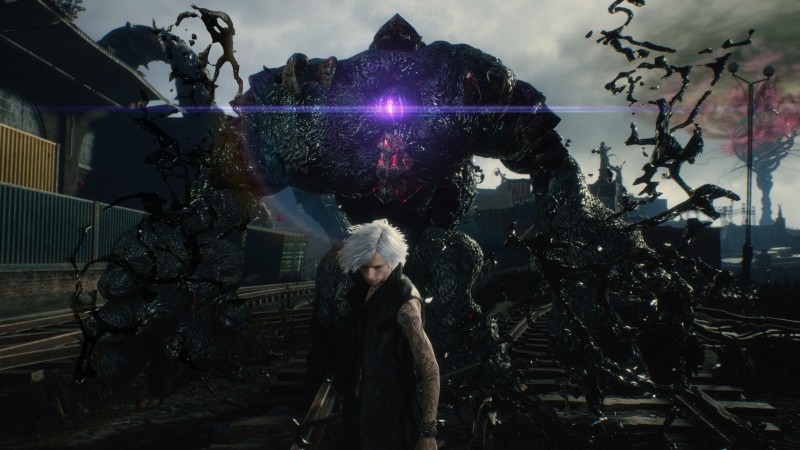 Jeff, what did you bring to V’s theme (“Crimson Cloud”) as opposed to Kratos in God of War III?

God of War is one of Sony’s most popular game franchises. The words that kept coming up again and again with [game director] Stig Asmussen was: ancient, epic, and dark. So God of War III was a big orchestra and huge drums, with Middle Eastern and Asian influences.

But with “Crimson Cloud”? Forget all of that. V is new, in terms of playable characters. So, Capcom said forget anything that’s ever been in Devil May Cry, but, specifically, stay away from guitars. So “Crimson Cloud” is a very aggressive piece of music and probably the loudest thing I’ve ever written. Capcom knew the tempo they wanted. They wanted a female vocalist and they wanted it to be very electronic with distortion. The main thing is that they wanted to make sure that what I did was in fairly stark contrast to the game’s other battle themes. 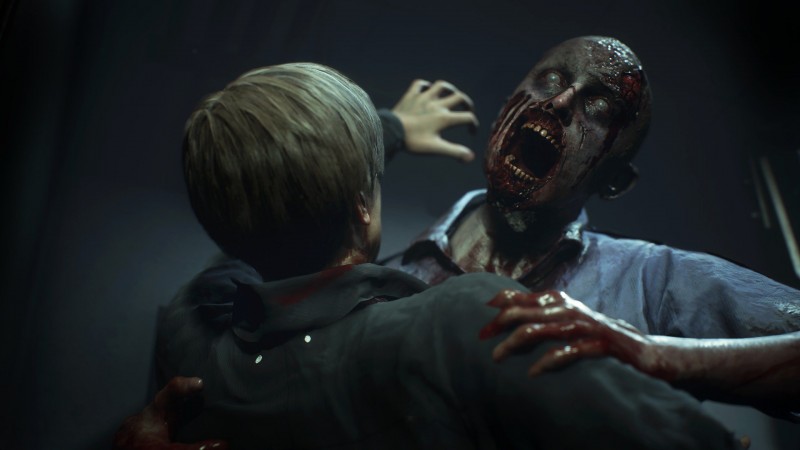 Lastly, you both worked together on Resident Evil 2. Could you talk a bit about its true-ending theme “Saudade?”

Jeff: Well, “saudade” is a Portuguese word that the director was very fond of, but it doesn’t have an equivalent translation in English. It means something to the effect of: the love that is left when something or someone is gone. Where nostalgia is the pain of remembering, saudade is less about loss and more about the acknowledgement of everything in life eventually going away.

Cody: We were writing a song solely focused on nailing the emotional aspect of Resident Evil 2, to wrap it up in three minutes. We got sent a story that was a few paragraphs long with one word at the top that said: reunion. Kazunori Kadoi wanted the story to be reflected in the song and in its lyrics. The narrative follows a man who moves to a city to fulfill his aspirations. 20 years pass, and he realizes that the city is a facade; he’s looking back at what it’s like to be young and to have hope. That story resonated with Kadoi, looking back on creating the original Resident Evil 2 and defining the survival horror genre. Now, 20 years later, he’s remaking it. Not only is the story of the game about reunion – Claire and Leon branching off and then eventually coming back at the end – but now there’s this added element that Kadoi wanted us to understand: of reunion to self, of revisiting what you and your life used to be.

For more on video game music, read our interview with the composer of Captain Marvel and Fortnite, or check out exclusive footage detailing The Creation of Sekiro’s Soundtrack.