Animal Crossing: New Horizons has rapidly become one of the Nintendo Switch’s most successful games, from a launch in Japan more successful than Pokémon Sword & Shield  to an incredibly successful launch in the UK. Since the game’s release, players have been making remarkable discoveries as well, which includes the discovery of a UFO in the sky.

Animal Crossing: New Horizons is a fairly expansive installment in the series compared to its predecessors, from gameplay mechanics to numerous easter eggs in the game. Such an easter egg includes the addition of a UFO in the sky, which was captured by a user on Reddit.

RELATED: Animal Crossing: New Horizons – Which Character Are You, Based On Your Zodiac Type?

Reddit user ThaRoastKing’s screenshot featuring the UFO can be seen below. 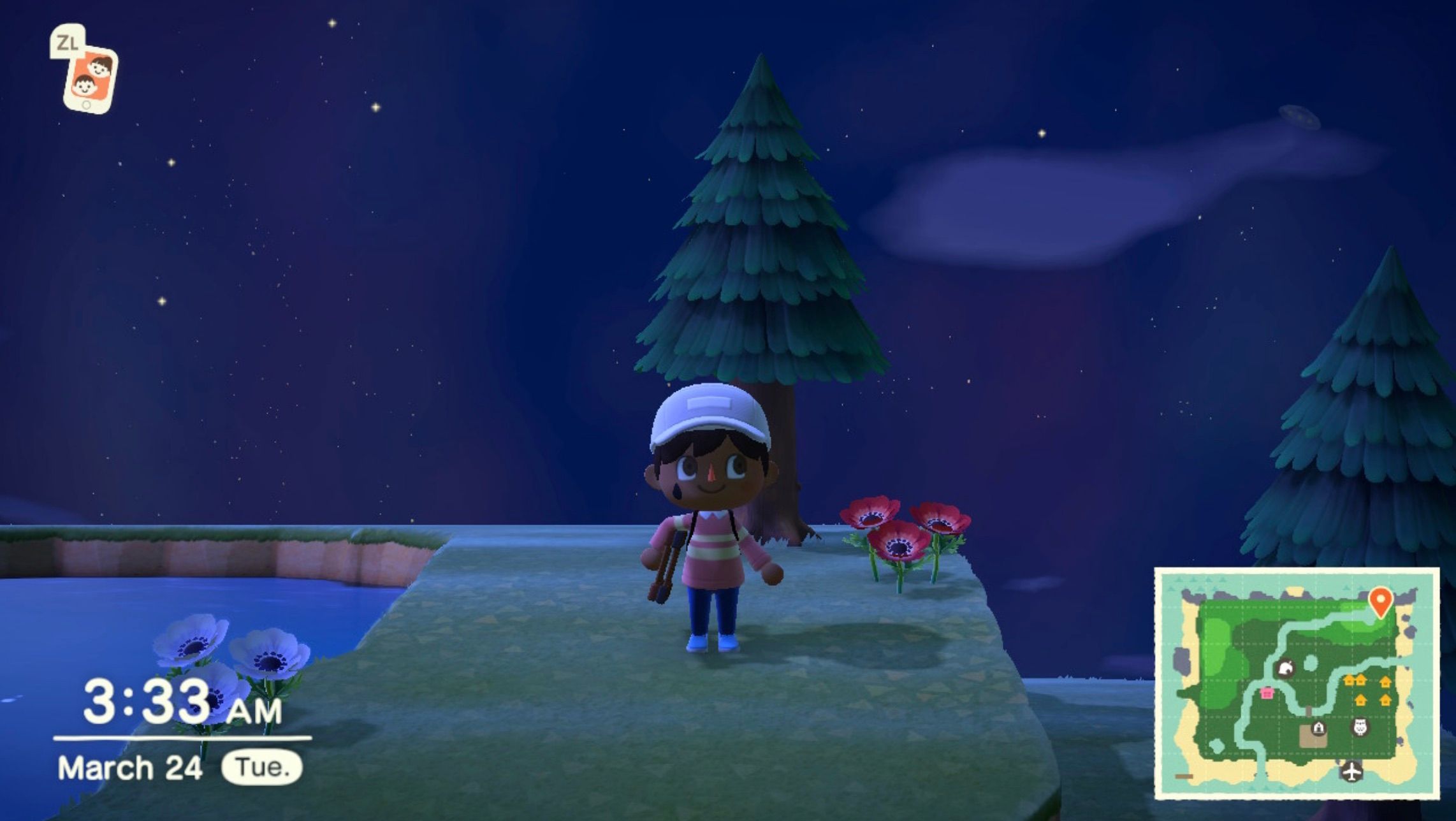 In the screenshot above, which features a cheerful-looking villager on a calm night standing in the middle of a field next to a body of water, the night sky features a faint visual of a UFO. The UFO can be spotted in the upper righthand corner of the screen. It’s small, but its gray color stands against the navy blue night sky.

As pointed out by ThaRoastKing, it’s worth noting that this occurred at 3:33 AM on a Tuesday night. While this doesn’t ensure that all players will experience the same thing at the same time from here on out, as schedules may be random, it is likely given that Animal Crossing has featured routine events in the past where things took place at a specific time. So, other players may be encouraged to try and find the UFO around the same time (but try to get some sleep in the process).

The game does feature some other minor features and nice additions as well. For instance, Nintendo has added what could be the series’ first gay couple. C.J. the chipmunk references his partner, which indicates that he is in a same-sex relationship. Otherwise, the turnip market is live and running and the game features vast customization options and a pole-vaulting and ladder-climbing mechanics.

If you’re an Animal Crossing: New Horizons player and discover any similar easter eggs to the UFO, don’t be shy. Try to voice your discovery somewhere so that other players may have the opportunity to see them for themselves.