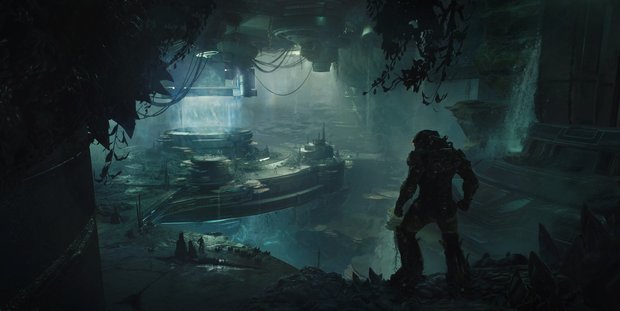 So far the only clues related to the new Stronghold have come from one teaser image shared on Twitter (above) which shows a Ranger Javelin looking out over a Shaper facility.

Its clear freelancers will be delving deeper into the earth for their next high-stakes mission but who knows right now what they’ll find.

Hopefully, today’s update will also lay the foundation for several more updates promised to arrive this April, including Guilds and a Leaderboard system.

And with the games first major Cataclysm event also pencilled in to launch in May, it’ll be interesting to see if there’s any further word on what this might involve, or indeed if it’s still on track or requires being pushed back to give the dev team a little longer to prepare.

Stay tuned for the games new patch notes, we’ll have them with you as soon as they drop.