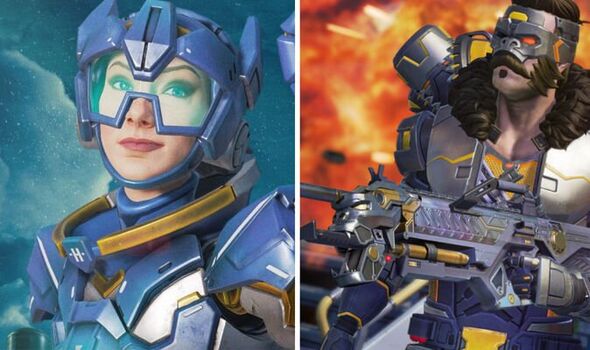 Apex Legends developer Respawn is getting ready to host the Awakening Collection event on PlayStation, Xbox, PC and Nintendo Switch. The new Apex Legends event has a June 21 release date and a 6pm BST UK launch time. The event adds a host of new items and features, including the return of Control mode, where the aim is to score points by controlling an area for as long as possible. Lifeline’s Clinic will also make its way to Apex Legends, complete with healing station and loot platform. You can find it in the north-east area of the island. Needless to say, the update adds a selection of 24 new items, including Horizon’s “Atom Heart Mother”, Fuse’s “Animal Instinct”, Ash’s “Existential Threat”, and more. You can see the Apex Legends Awakening Collection patch notes below.

– R-301 and Rampage removed from crafting and added back to floor loot.

– Wingman and CAR SMG added to the crafting and removed from floor loot.

– Weapons and Abilities will now only stow in an OOB trigger when the player is on the ground (OOB timer will still tick up).

– Optic on Gold version defaults to the 3x Ranger.

– Can now use decoys from Valk Skydive Re-Deploy.

– Moved revive cancel option from Lifeline to the player that’s getting revived.

– Cooldown reduced from 5 minutes to 3.5 minutes.

– The weapon attachment panel now comes with a Shield Battery instead of two Shield Cells.

– No blue beam on initial drop (will still show up after the Care Package lands).

• Fixed an exploit allowing players to throw grenades or use an Ash ult to enter through a hole in the collision mesh of the Armories roof (Hotfix).

• Fixed an issue where you would become unable to mantle after using the teleporter under the Armory (Hotfix).

• Prevented Tridents from landing on top of Armories.

• Decreased chances of hop-ups spawning through the Smart Loot system. Base hop-up spawn rate is now 50% with Gold hop-ups further reduced to 20%.

• Smart Loot is no longer generated for teammates outside the Armory.

• Crypto can now scan Survey Beacons with his Drone while riding the Trident.

• Fixed bug for cases where Newcastle could get stuck in the air for a few seconds when using his Ultimate while ensnared by Ash’s tactical.

• Fix for Newcastle bug where players are able to fill Revive Shield instantly by throwing a Knockdown Shield and picking it back up.

• Fix for Newcastle bug where players are unable to reload while the “Destroy Wall” prompt is onscreen.

• Fix for Newcastle bug where using his Ultimate would deploy longer than intended.

• Fix for cases where Legends [Newcastle / Seer] could get inside locked Vaults by placing a Totem on Mobile Shield. 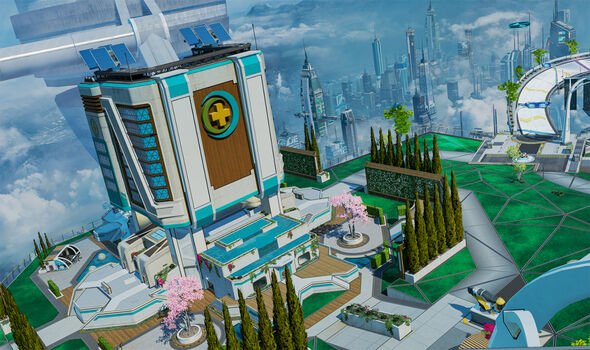 • Add soundFX for Newcastle when he enters a Trident.

• Fix UI bug where Legend info would not display in the Firing Range.

• IMC Armory fix for situations where players could camp and block spots not intended to be with Wraith Portals and Tridents.

• [PS5] – Fix for bug where a player’s friends list does not properly update after putting the console in rest mode.

• Fix for cases where some larger Legends were sometimes unable to enter Containers on Storm Point when approaching them rapidly at an angle.

• Fix for Rampage/Sentinel for cases where the charging animation would show but they won’t charge when aiming down sites.

• Fix for cases where Bloodhound and Seer scans would persist after the user leaves the game.

• [Caustic] – Fix for bug where players could still see the enemy’s red highlight while they are in or behind the gas they deployed.

• Blood splatter VFX no longer appears when Ash gets shot.

• [Control Mode] – Fixed bug for when the enemy team will continue a capture point’s progress without needing to flip or undo the other team’s progress.

• [Control Mode] – Fix for UI bug where the Abandoned Game Penalty is actually longer than the display warns.

• [Control Mode] – Fixed bug where picking up a weapon in Control always shows a full mag.

• Fix for cases where players appear to keep their thermite grenade after equipping it while using it on an explosive hold.

• [PS4 Pro / Xbox One X] – Fixes to improve frame rate issues during gameplay on some areas on Olympus.