Apex Legends Season 9: Legacy is finally live after some server troubles. The Battle Royale mode is up and running and so is the Arenas, the new permanent game mode with new strategies and new maps. But if you’re a fan of Olympus, you might be most interested in the changes that have plagued the map.

At the end of the last season you were able to see a fleet of ships on the horizon (like, the distance, not the Legend). This is The Lost Fleet, led by the ship Icarus, which has landed on Olympus between Orbital Cannon and Bonsai Plaza.

Icarus has brought with it a parasitic alien plant, and all of the people aboard the Icarus have been killed, with their bodies still able to be found aboard the ship. But this is just one of the big changes that Olympus has undergone. We’re going to break down the details in this guide. Thanks to EA for detailing the changes on its site.

Olympus Changes: The Icarus And The Bridge Key 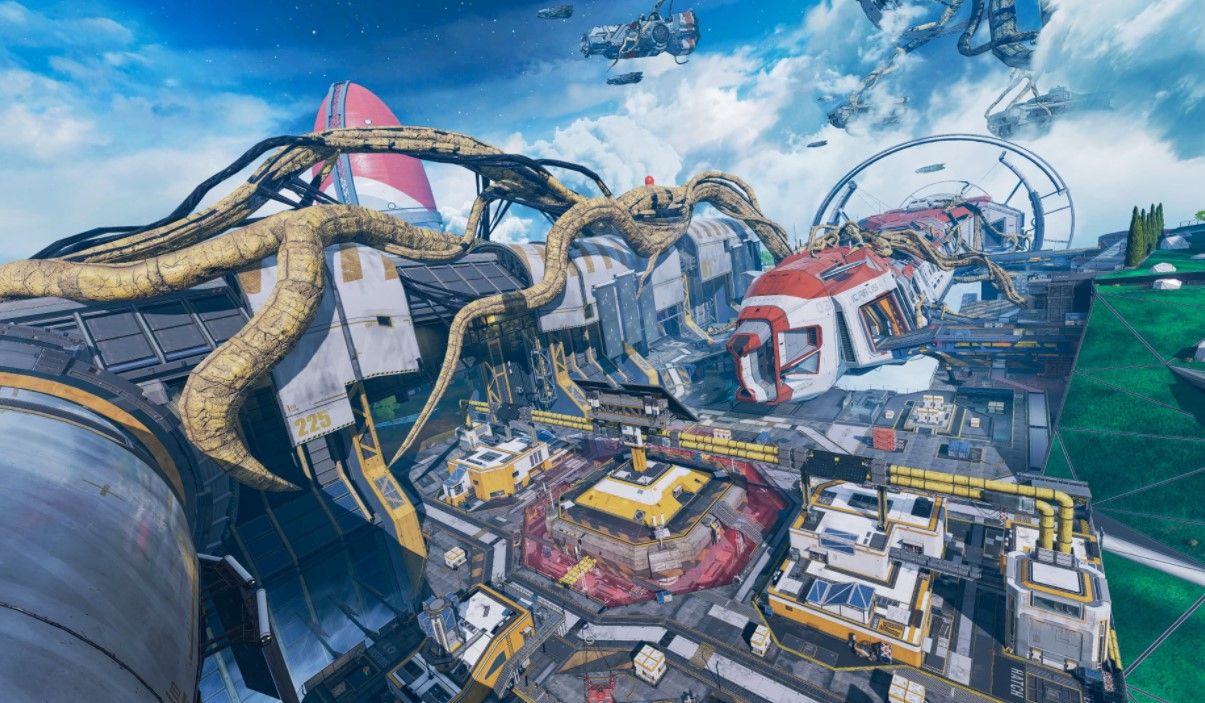 Most of The Lost Fleet is still hanging around the airspace around Olympus, but one of the ships has landed, bringing the plant infestation onto Olympus with it, spawning massive vines in multiple locations, sometimes destroying the environment or changing it entirely.

The land around where the Icarus landed has been transformed in order to dock the ship, where you can board and investigate its remains. You will find the bodies of the crew here, and one of them will be carrying a Bridge Key. Once you find it you can open the Bridge, which will contain rare loot, similar to the Loot Vaults on World’s Edge.

The ship landing here has also broken up the long stretch of ground between Orbital Cannon and Bonsai Plaza, meaning upon drop we should see teams more evenly spread across the map as there are now more robust points of interest. 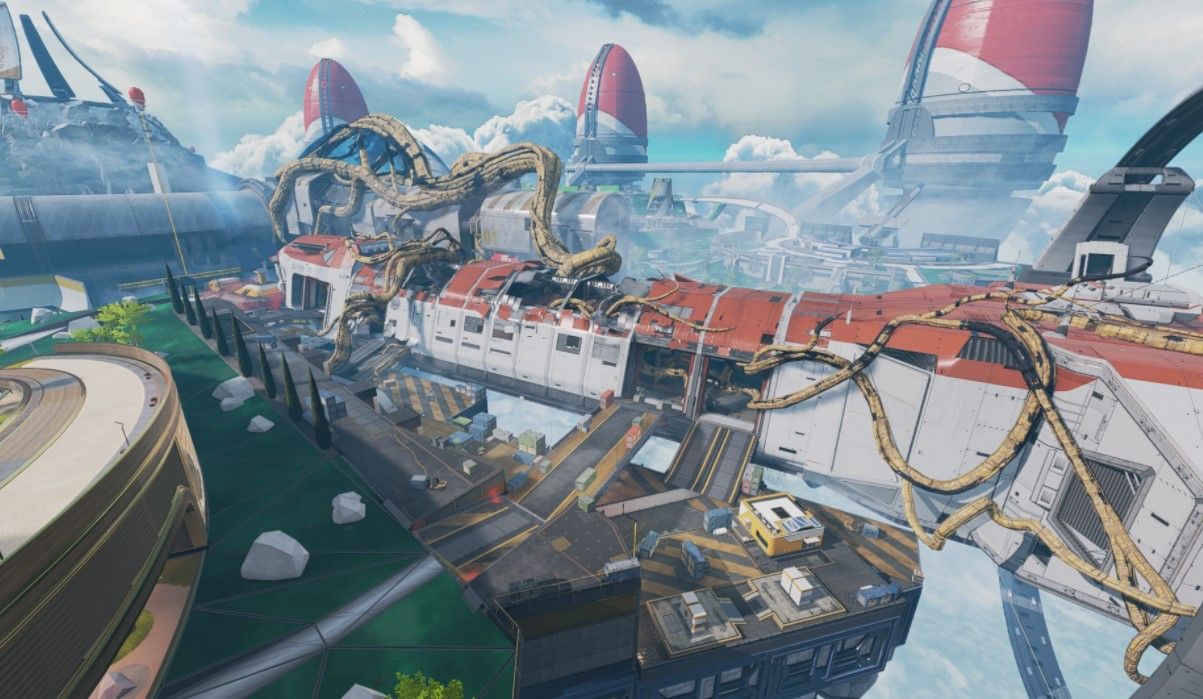 Jump Towers have had a big overhaul following complaints of third-partying – something we’ve all experienced, and enacted, while playing Apex Legends.

The first big change is two Jump Towers that have been entirely removed. Olympus is a fairly small map when compared with the likes of World’s Edge, and therefore the Jump Towers make it very easy to move around the map quickly and easily – ideal for jumping on another team’s firefight. So the first Jump Tower that has been removed is the one next to Golden Gardens – which makes sense, as there’s another Jump Tower accessible via the underground path nearby.

The Jump Tower outside of Orbital Cannon has also been snapped out of the game, with Respawn hoping that this encourages players to use the nearby Trident to navigate the map and run from the circle.

In addition to those removals, multiple other Jump Towers have been shrunk to limit the amount of distance players can achieve. The two examples given are Solar Array and Energy Depot, but if you are a Jump Tower fan then you’ll probably notice that your potential distance has been shrunk on a number of them.

These changes aren’t too major, but should hopefully mean that firefights in Apex Legends involve just two teams more often than several.