AppLovin will acquire Machine Zone, the maker of Game of War: Fire Age and Mobile Strike, as it doubles down on mobile games.

The terms of the deal were not disclosed, and the acquisition is subject to regulatory approvals. But the price will be very interesting to discover, as Machine Zone has generated $5 billion on more than 310 million downloads throughout its history, according to measurement firm Sensor Tower.

Palo Alto-based Machine Zone debuted in 2008 to make mobile games, and its founders are Gabe Leydon, Halbert Nakagawa, and Mike Sherrill. It had a huge hit with the ambitious Game of War: Fire Age in 2012. It wasn’t lauded for its great gameplay, but the game was addictive for strategy players who loved playing with fellow players in clans. Machine Zone followed that up with similar reskins of that game such as Mobile Strike in 2015 and Final Fantasy XV: A New Empire in 2017.

Leydon left the company in 2018 to focus on the cryptocurrency market. Kristin Dumont, who was named chief operating officer in 2015, took over as CEO. Sensor Tower said that the company’s gross revenues peaked in 2016 at an estimated $3.2 billion. One of Machine Zone’s attention-grabbing tactics in its peak days was to use well-known Hollywood stars like Kate Upton and Mariah Carey 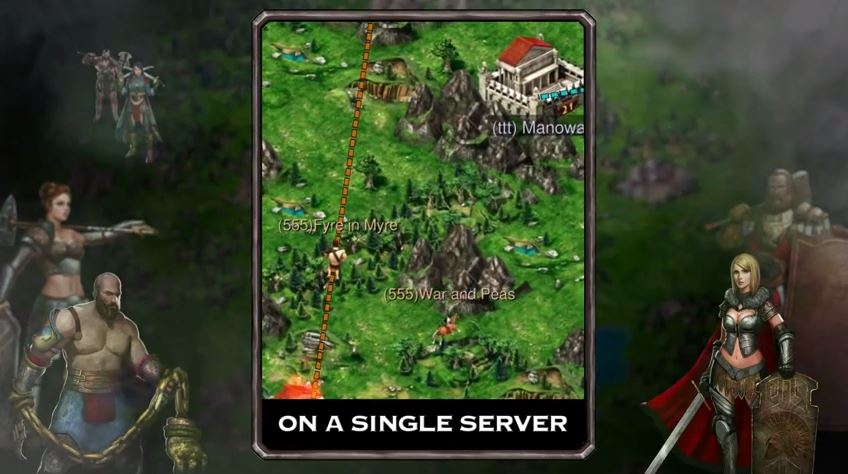 Above: Game of War for iOS devices from developer Machine Zone.

AppLovin said it will will combine talent, games and technologies with Machine Zone to bring new immersive mobile games to the market while continuing to help game developers successfully market and monetize their games. The collaboration will begin now and will eventually include AppLovin moving its headquarters a mile away to the Machine Zone office in Palo Alto.

Machine Zone’s games brought free-to-play, massively multiplayer online (MMO) mechanics to mobile. It also developed a proprietary real-time engagement (RTE) engine. For a time, it tried to make a business out of that engine to power real-time mobile networks such as the transportation system in New Zealand. Leydon renamed the company MZ to reflect the change to the real-time networking technology.

But that business didn’t spread, and Machine Zone (renamed again) refocused on games under Dumont. Machine Zone recently started testing Crystalborne, but the game hasn’t had a full-fledged launch yet. The company’s most-popular game to date remains Game of War: Fire Age, which generated more than $3 billion, Sensor Tower said. The No. 2 game is Mobile Strike, which featured Arnold Schwarzennegger, with $1.4 billion generated since its launch in 2015. Final Fantasy XV: A New Empire, based on the license from Square Enix, amassed $760 million, according to Sensor Tower.

The acquisition of Machine Zone represents a significant step forward for AppLovin, which started out in 2012 as a mobile marketing company. It shifted in a big way in 2018 with the opening of its in-house game studio, Lion Studios, in 2018.