Archvale is a highly enjoyable fantasy action-adventure game with bullet hell combat mechanics, a robust crafting system, and fantastic exploration. You play as a nameless hero who is tasked with restoring the titular Archvale. You will do this by venturing across the kingdom, defeating baddies, delving deep into arch stone temples, and laying the smackdown on guardian bosses.

There is so much to see and do while adventuring through Archvale and it can be easy to miss the finer, more nuanced details in the game. Sometimes the best details are superfluous but ultimately help with world-building, while others are tangible gameplay mechanics you may have overlooked. Archvale has been crafted with loving detail and here are some of the best details you may have overlooked.

6 Banked Gold Can Always Be Used 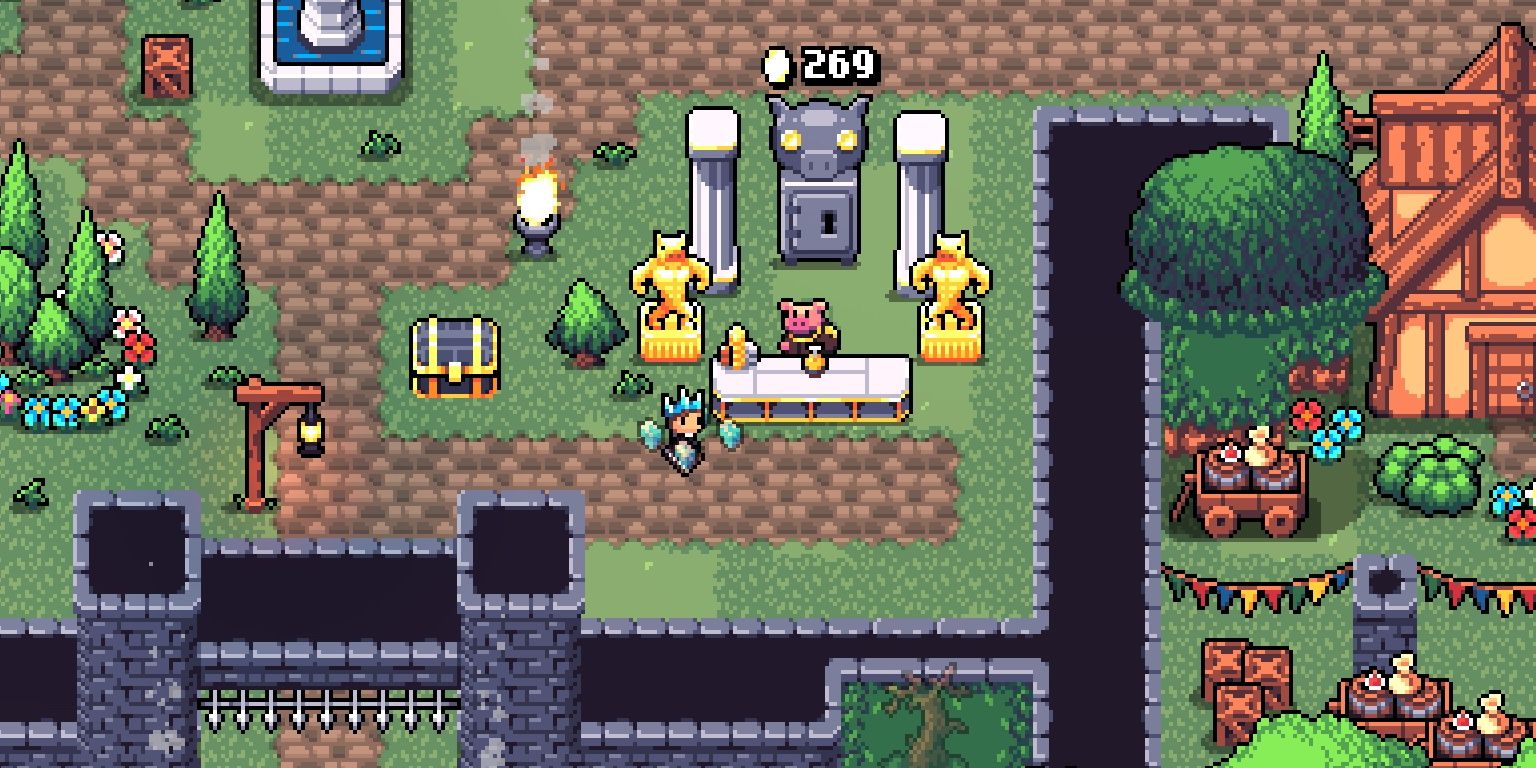 During your travels across the kingdom, you will amass quite the collection of gold. Gold can be used to buy new items, weapons, and badges from the various village NPCs. However, if you die while out adventuring you lose a large portion of your gold and it can't be reclaimed. If you want to ensure you don't lose your gold then you need to store it at a bank in any of the game's villages.

The kindly banker happily accepts your gold, but, there is always a limit on how much can be stored. The more banks you find, the more you can store. One of the best features is that you can always use your banked gold while shopping, without needing to retrieve it first. Your gold counter automatically shows how much you have when shopping, including what's in the bank.

5 NPCs Will Slyly Hint At Where To Go Next 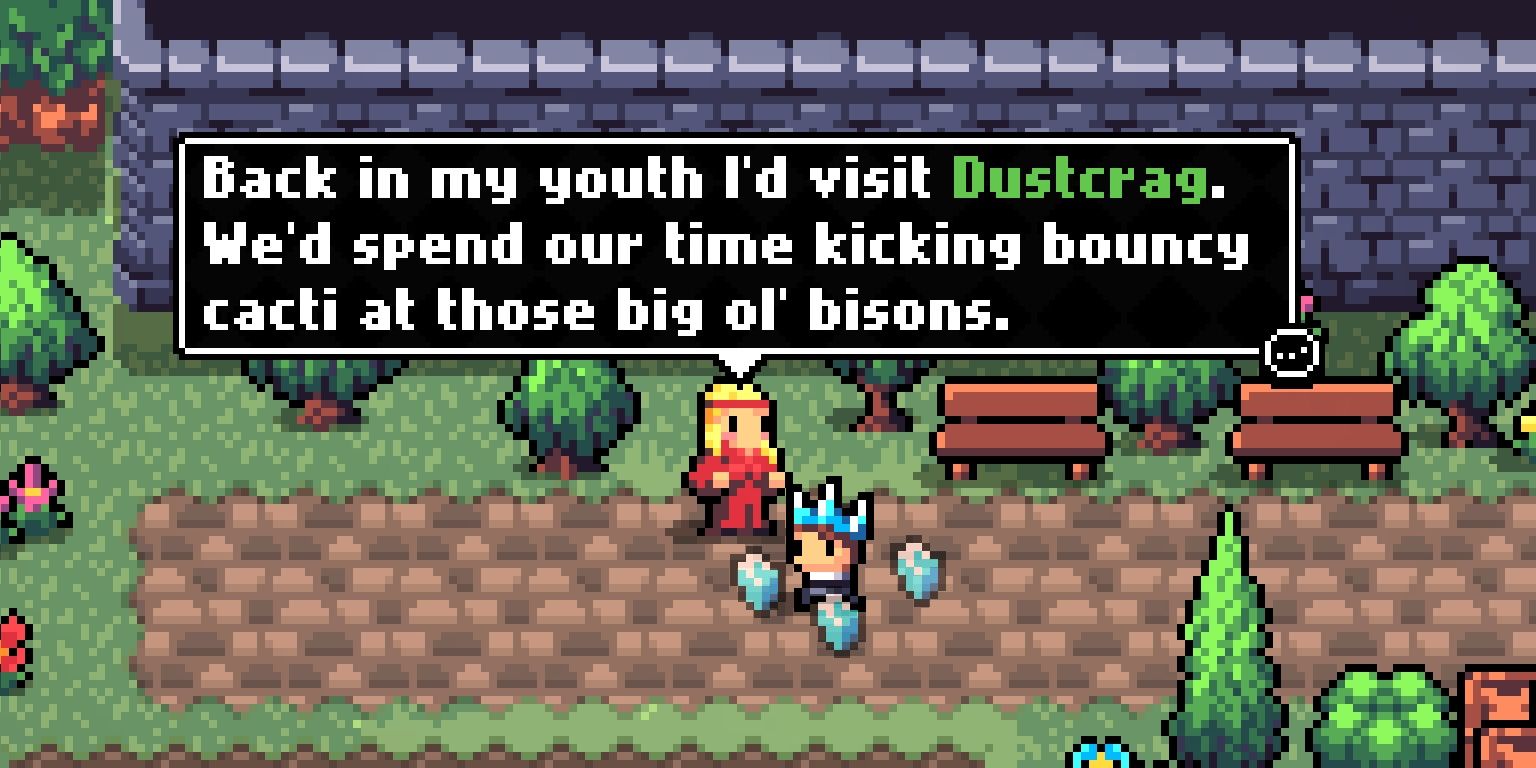 Archvale is a game all about the freedom of exploration. From the outset, you are able to simply head in any direction you want on the map to adventure to your heart's content. However, some areas will be much more challenging than others, that is, until you craft or find better equipment.

Fortunately, many NPCs in the various towns and villages are there to offer a helping hand in terms of which direction to go next. By speaking to the NPCs you will learn about something they overheard in a specific zone of the map. This is the game slyly telling you that you should head in that direction. Of course, you can simply avoid this knowledge and take on the harder areas first. That decision is ultimately left up to you. 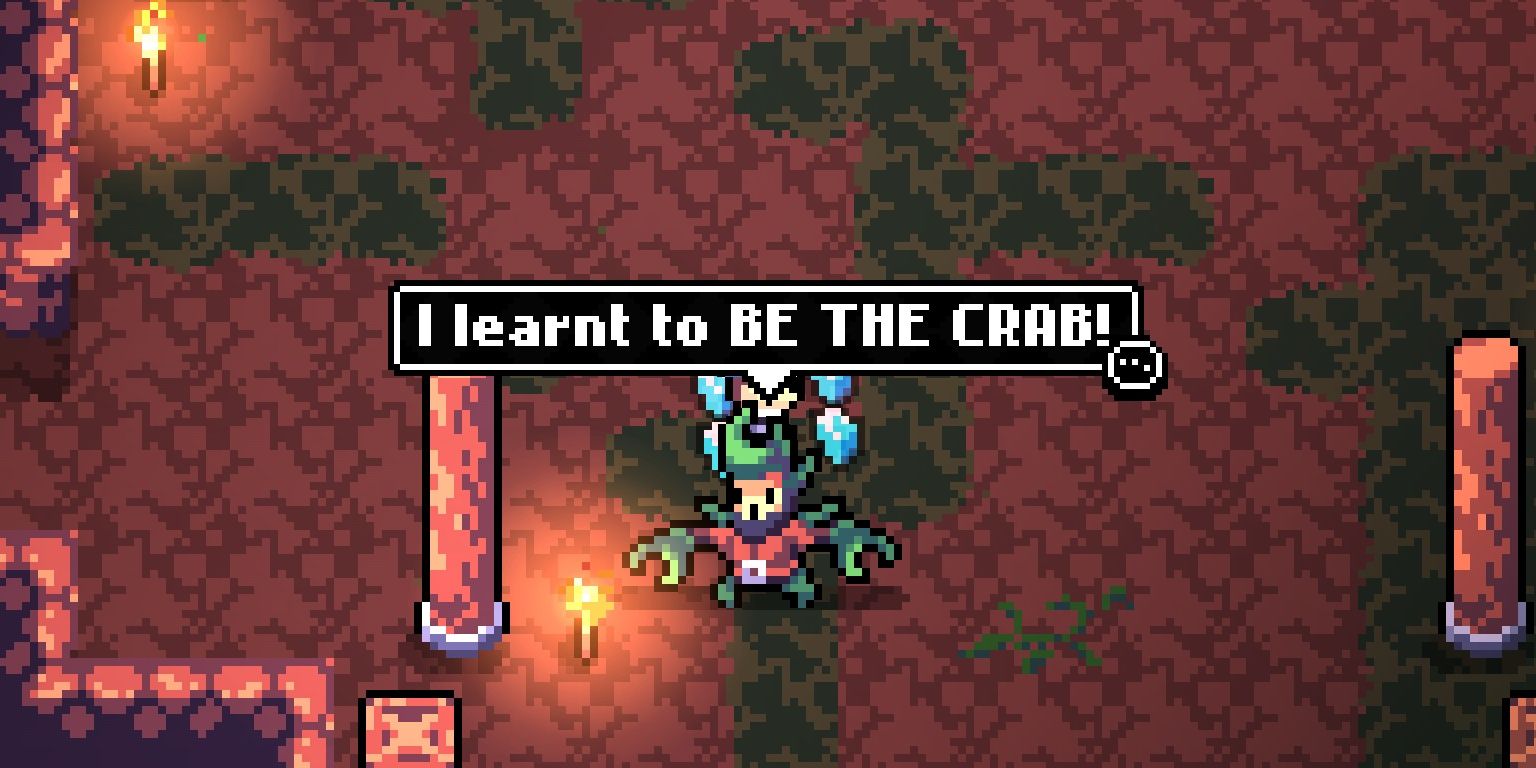 Along your adventures, you will encounter some truly quirky and bizarre characters. Easily one of the craziest characters you stumble across is a creepy crab human NPC in the deep recesses of Crabclaw Chasm. To be clear, you don't generally find many peaceful NPCs unless you happen to be in a village.

Crabclaw Chasm features a bevy of crab-type enemies to defeat. Upon making your way to a normal room you find yourself greeted by this character decked out in all sorts of crab armor and crab apparel. Clearly this character is a bit off-kilter and tells you how he has become one with the crabs. It's a silly and creepy detail that you could simply miss if you took another route through this cave system. 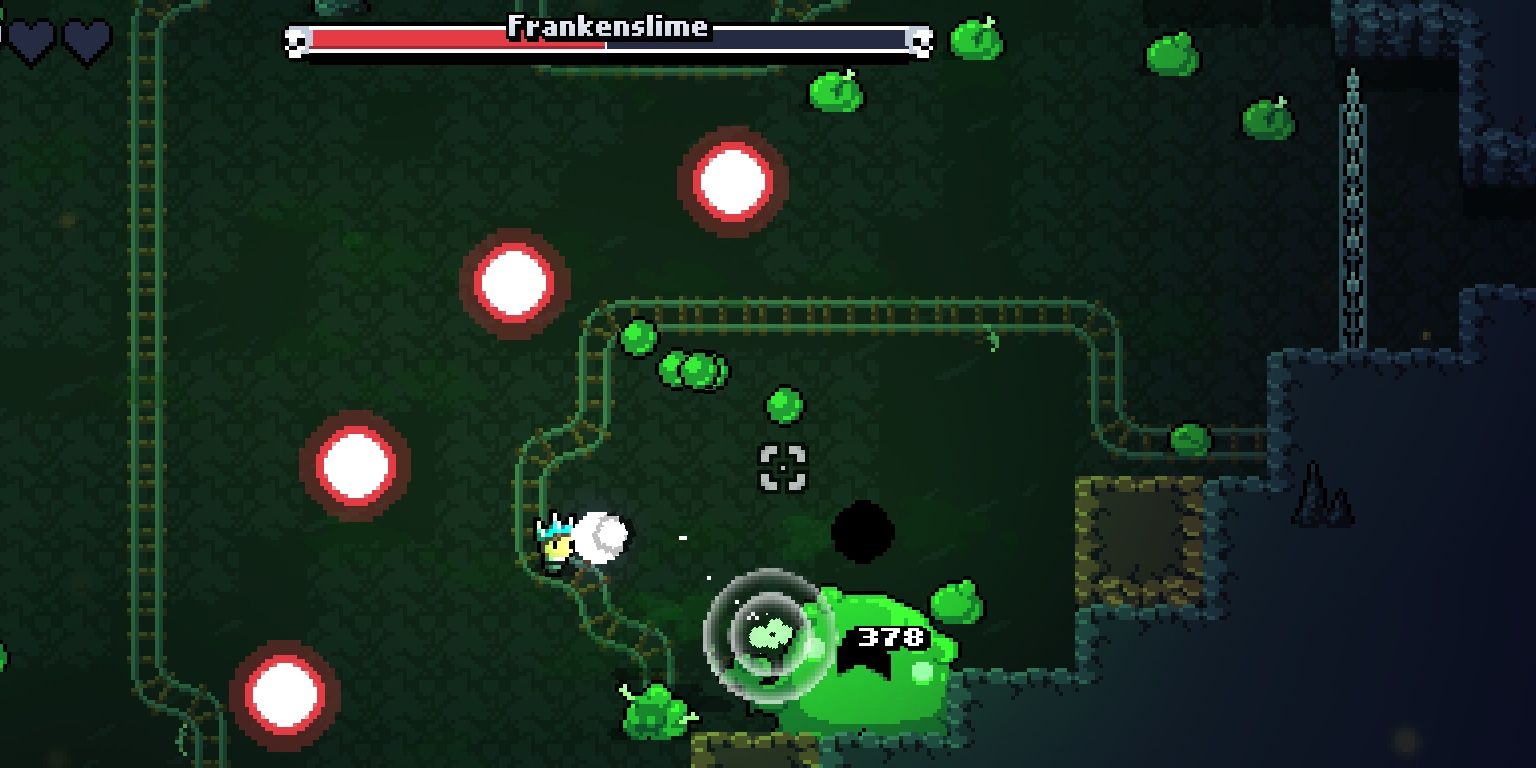 Due to the nature of Archvale being a game that encourages you to freely explore in any direction you want, it can be quite easy to miss some of the game's best areas. One such hidden area is the room containing the Frankenslime mini-boss. At this point in your adventure you have likely encountered at least one other large slime enemy, however, Frankenslime takes the cake for sheer size and power.

This mini-boss battle is downright brutal, especially if you are kitted out with some strong weapons and armor. You can find this boss room by moving through Crabclaw Chasm, heading towards Chamberstone. Just be sure you are ready for a tough battle ahead because Frankenslime is a harrowing mini-boss. 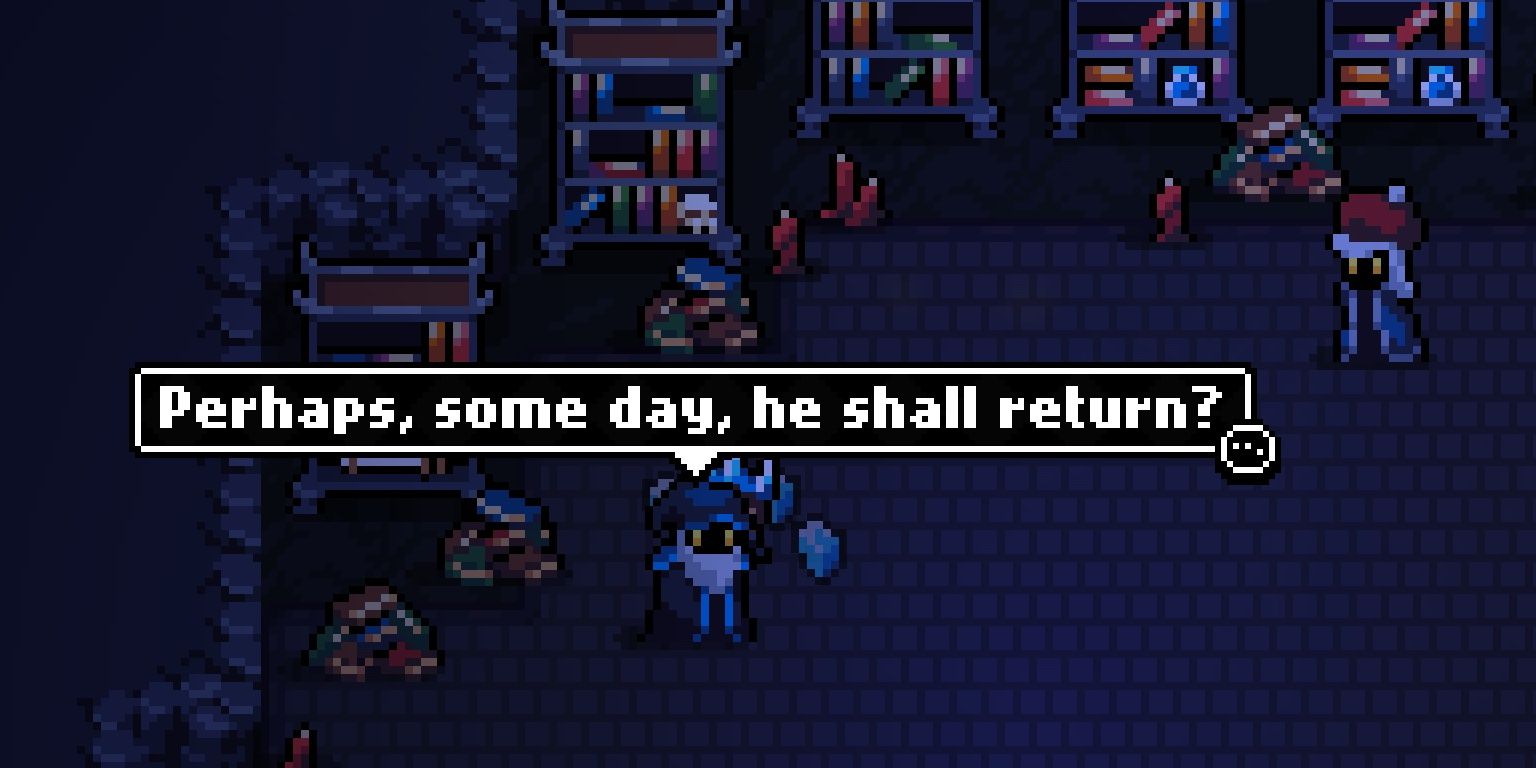 A deeply embedded location that will take some time to venture to is the underground cave system called Chamberstone. This central point of the kingdom hides plenty of secrets where dozens of highly intelligent magicians are working together to restore and revive a powerful king.

Chamberstone is a magical and ethereal location with plenty of magician NPCs to speak with. You might simply want to head to the shops and into the next combat rooms, completely missing this hidden world-building lore. By speaking with one of the magicians in the library area, you learn about a peaceful and powerful king that needs to be revived.

1 The Humble Frog Bard Of Bogtown 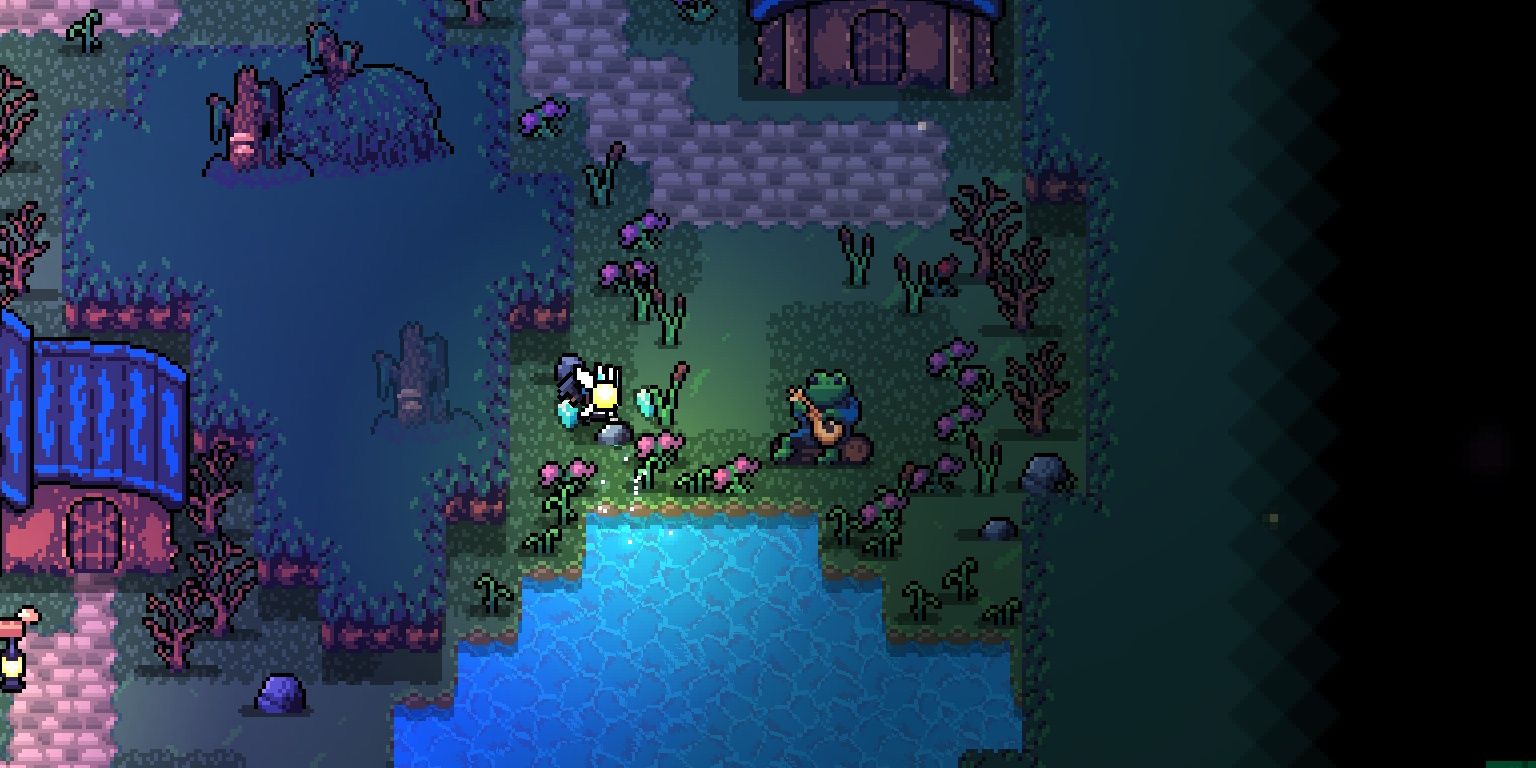 Sometimes the best hidden details in games are the ones that are simply hidden in plain sight, often being completely superfluous to the gameplay, but help flesh out the world around you. One such detail is the humble frog bard of Bogtown. Bogtown is the central village in the swampy Murkmire zone.

This frog bard is sitting by himself near a quaint pond in the southeastern part of the village. Once you talk to him, you learn about how he is very content to widdle away the days, quietly playing music and enjoying the nature around him. It's a very and poignant moment in an otherwise frenetic game. As the saying goes, take time to smell the roses, or in this case, the swampy pond water.