There was a lot announced at Ubisoft Forward last weekend, and some of it didn’t even leak. From the underrated Valiant Hearts getting a sequel only on Netflix, to the Crew 2 apparently still getting updates, to the Assassin’s Creed: Mirage age rating debacle, it was all a lot to digest over the last few days.

But the biggest question for me, and one I can’t quite seem to find a good answer for, is, “just what the hell is Assassin’s Creed: Infinity?”

Ubisoft has been doing plenty of interviews promoting the future of the series and explaining how it wants you to think about the new game or service or product or thing. But the more I look into these interviews, the more questions I have. Sometimes it is described as a “hub” for the series, sometimes it is a “platform”, and in a Eurogamer interview, the head of the franchise Marc-Alexis Coté made it clear that whatever Infinity is, “[it] is not a game, per se”.

These descriptions make Assassin’s Creed: Infinity sound like yet another game launcher, except only for this one series. It might be tied into the in-universe story since Coté described accessing Assassin’s Creed Red (the game set in Japan) or Hexe (the game set during the witch trials of the Holy Roman Empire) as something that “you’ll see available as new DNA memory that’s available for you and you directly purchase it from the Infinity hub.” He also makes clear that both Red and Hexe will see boxed releases, but even in those versions, “the first thing you’re going to see is the Infinity hub.” This all sounds kind of neat, but I can’t help but wonder why?

Are we not living in a world where Call of Duty: Warzone is getting a sequel almost entirely because the main game is still tied into a Modern Warfare install? Where people get angry about having to load up the Epic Game Store or Microsoft Store on PC instead of only needing to use Steam? Why would you put such extra needless friction between your players and the game? The answer’s less complicated than it appears – it’s so Ubisoft can try to sell you other products. This has been implemented for years. When I went back to Assassin’s Creed: Origins in 2019, the first thing I saw was a big notification in the main menu about the launch of Odyssey. From a business perspective it probably does make sense for Ubisoft to let me buy the next AC game while I’m in the main menu for the previous one, but how does this improve the experience for a player? 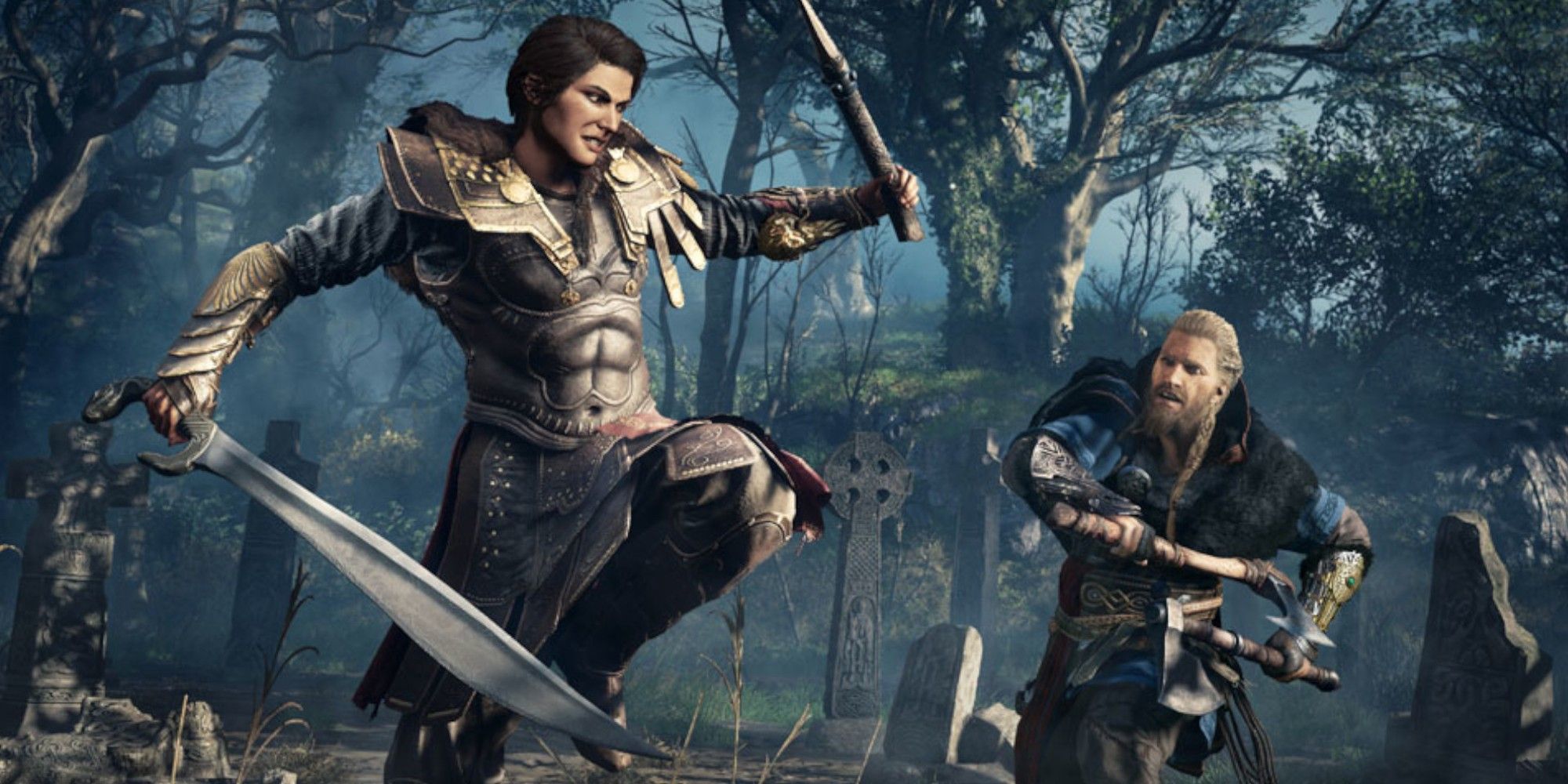 What am I getting out of this other than an extra loading screen and probably two more splash screens for engines and developers? Ubisoft has hinted that Infinity won’t just be a launcher, but will also be the hub for the modern-day segments, which have been confirmed to not be in Mirage. It hasn’t yet been confirmed if these segments will be the narrative tying all these sub-games together. That would make sense though, but only to a point.

Coté says that Ubisoft is trying to finally appease the two camps of Assassin’s Creed fans with Infinity, those who enjoyed the “meta story” (the modern day stuff) and those who do not care about Desmond or Layla and just want to play around in historical sandboxes. He also brings up how the company wants to do more cross-overs between games, like the Vahalla and Odyssey DLC, which saw the return of Kassandra to promote Vahalla. This seems like a great idea until you take it to its endpoint.

Those that enjoy games like Mirage will get their standalone stealth games and side adventures that last a handful of hours, but those who care about the meta narrative, well, what’s the story for them? If Infinity is indeed a living breathing game, tying together several RPGs that could be hundreds of hours each then what are you asking from your fans? Surely, Infinity will have a meta progression to go along with its meta narrative? Are you telling me I will need to beat the (let’s say) 90 hour campaign of Red to unlock a side character or memory in Infinity I need to progress? Only to then tell me if I want to get that character a good sword, I will have to play 30 hours of Hexe to get to a cross-over side quest where that is the reward? 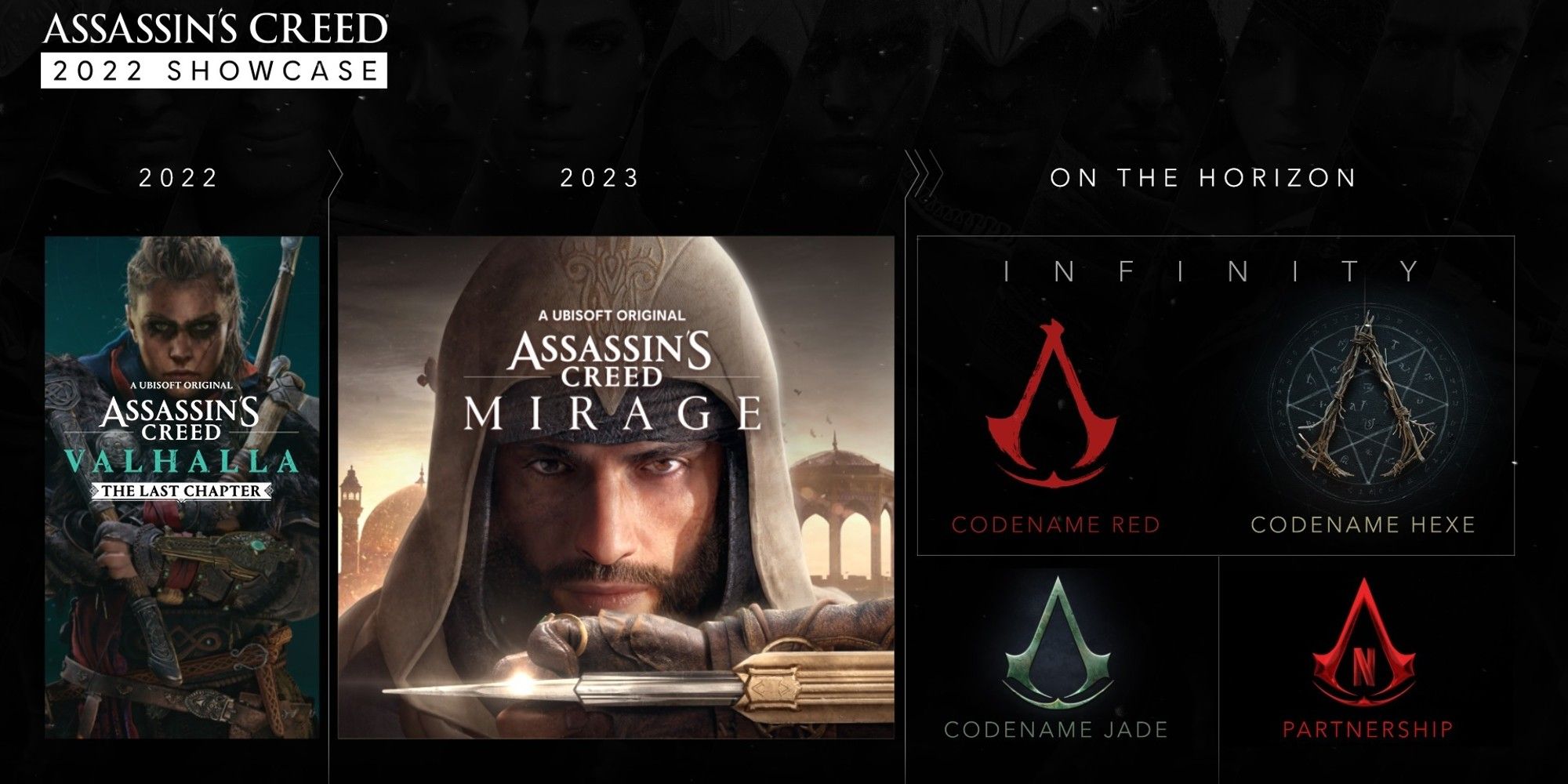 The problem I have with Infinity isn’t the concept, it is the lack of clarity over what it actually is. Is this simply a menu for me to select my Assassin’s Creed games from, or is this some sort of single player MMO-style game where I grind for hours and hours at content to level up some meta progression? Coté confirmed that the team behind For Honor are working on a multiplayer element for Infinity, however, that too will be a separate module, not the overarching connective tissue tying players together and pushing them forward through these single player games.

Why do we need this? What service does Infinity perform? If you wanted to make something for the players who enjoyed the modern day elements of the series, why not just make a game set in the modern day? Instead, we’re being sold a game (that isn’t a game), that will keep players connected for years to come (in single player games) and all in the name of progressing some sort of overarching story or mechanic, all for the sake of what?

Assassin’s Creed Infinity might be the best thing Ubisoft creates in years, or it might be yet another business plan sold as something players want. But right now, Infinity is everything and nothing, all at once, and none of it sounds appealing.