Coming up empty-handed is just part of the business in Assassin’s Creed Valhalla. Eivor can try to change the tides, but nothing can change history, which shows that the Viking invasion would be driven back by King Aelfred, an antagonist in the game. With the results being so abysmal, it stands to reason that Eivor isn’t going to win every fight.

Cent is a great case-in-point regarding these failures. But don’t let Eivor’s failings become your own. Gamers will need to find a way to complete this doomed and foreboding mission, despite its complexities. This guide will list every point of the questline in Cent and provide you with any pointers that pro gamers have picked up along the way. 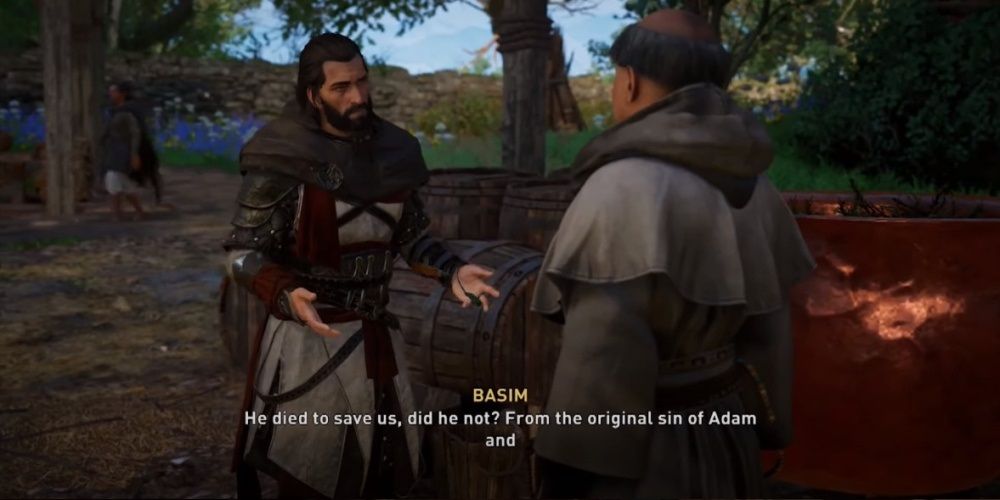 You’ll have to interrupt him from badgering the local religious authorities. They won’t mind. 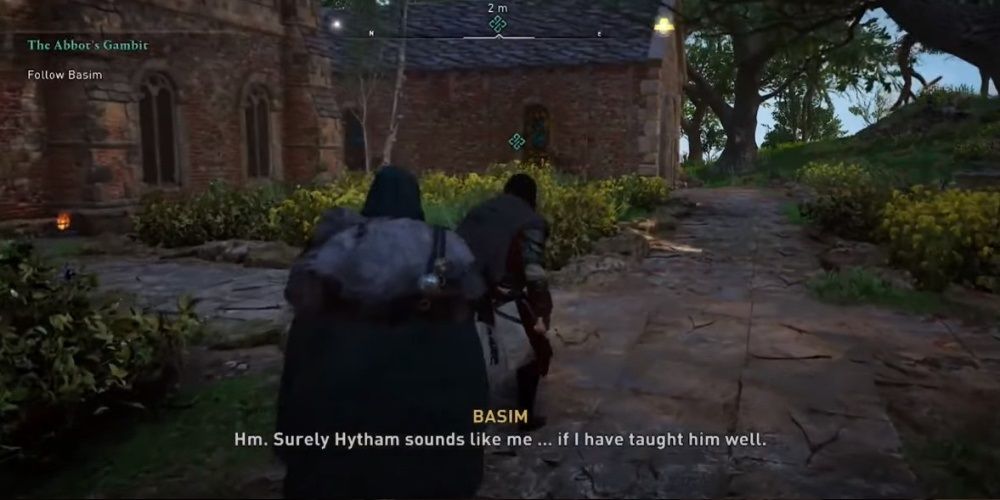 He’ll give you some personal outlooks on the way to meeting Abbot Cynebert. 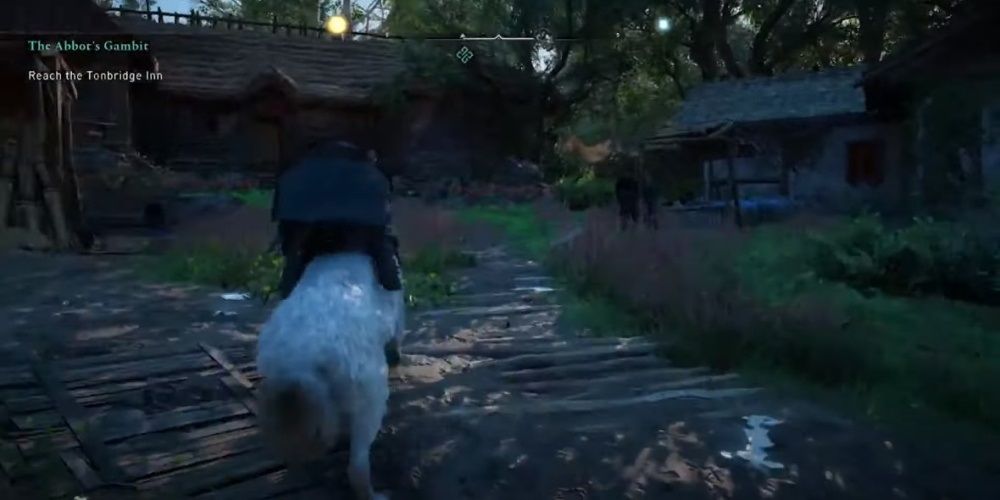 The location of your next destination is nearby. 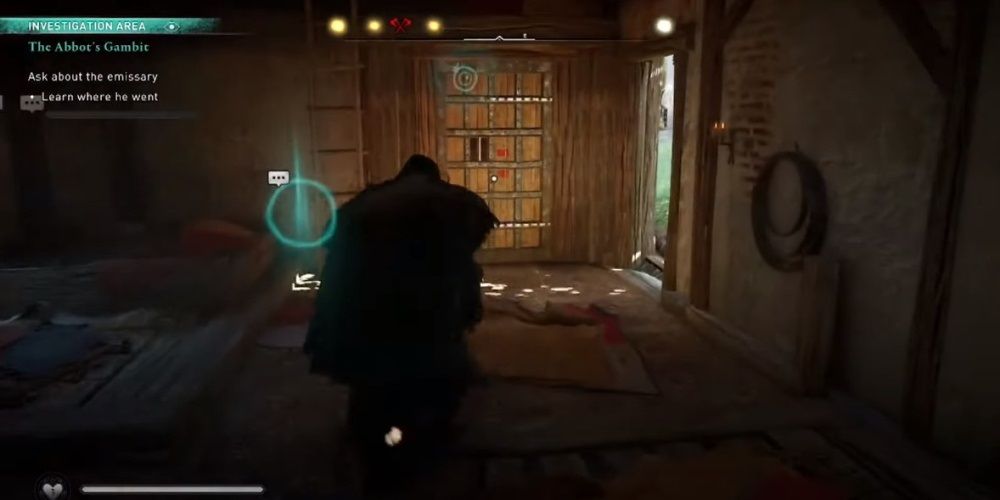 Most marked people here have no clue about any emissary, but the first person you should talk to is a man who has locked himself inside of a nearby building. Shoot the lock open from the opposing window, then speak to him. 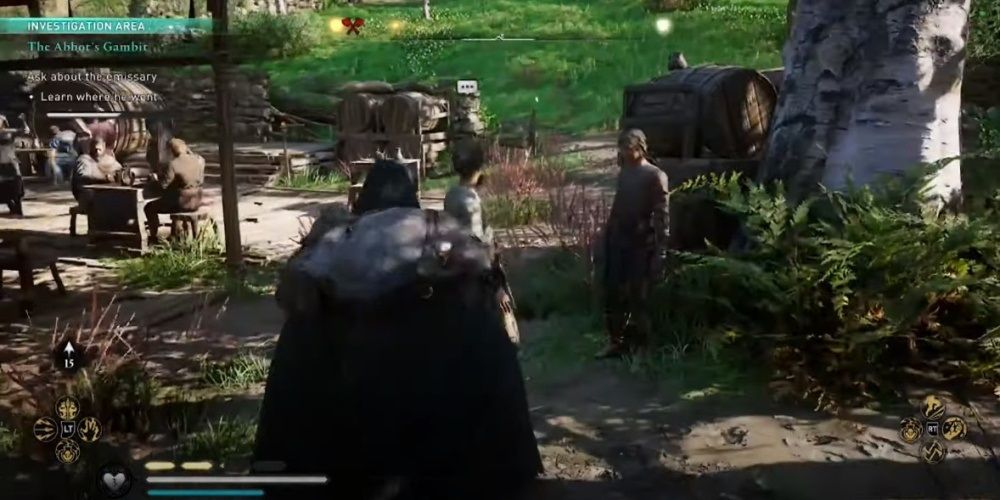 The next person is out back of the inn, arguing with another man. Speak to him to get the second piece of information. 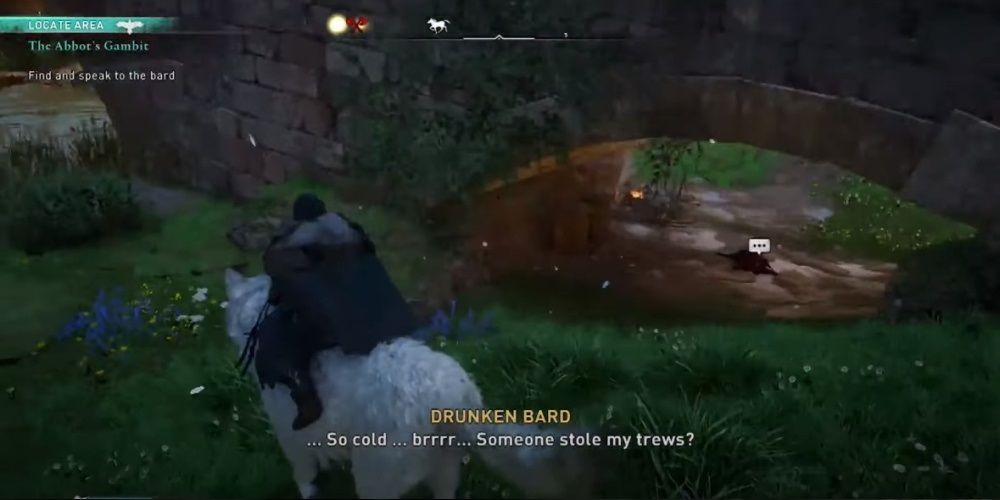 Use your bird to get the general area of the bard. Then, cross the bridge, head to either side, and look underneath to find the wasted wordsmith. 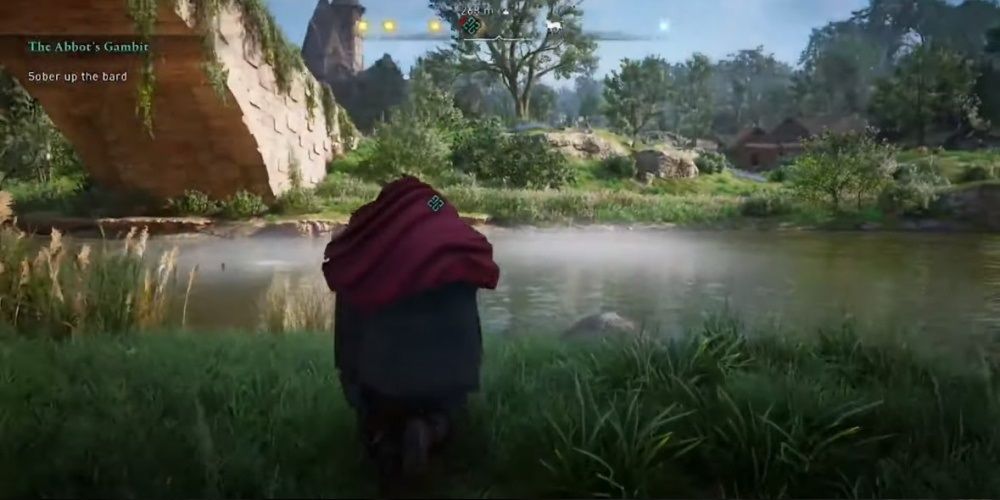 Pick him up and chuck him in the river to get him awake. 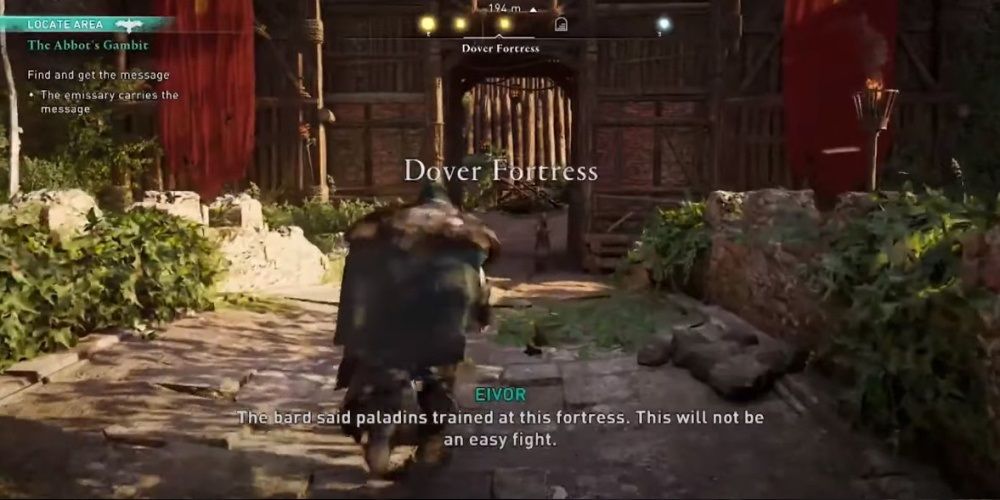 The emissary has met a poor ending and his body resides in Dover Fortress. Theoretically, you can get the note off of the emissary’s body without any bloodshed if you’re not looking for a fight. The path is difficult and well-guarded, so if you do intend to sneak in and out, make sure to save often. 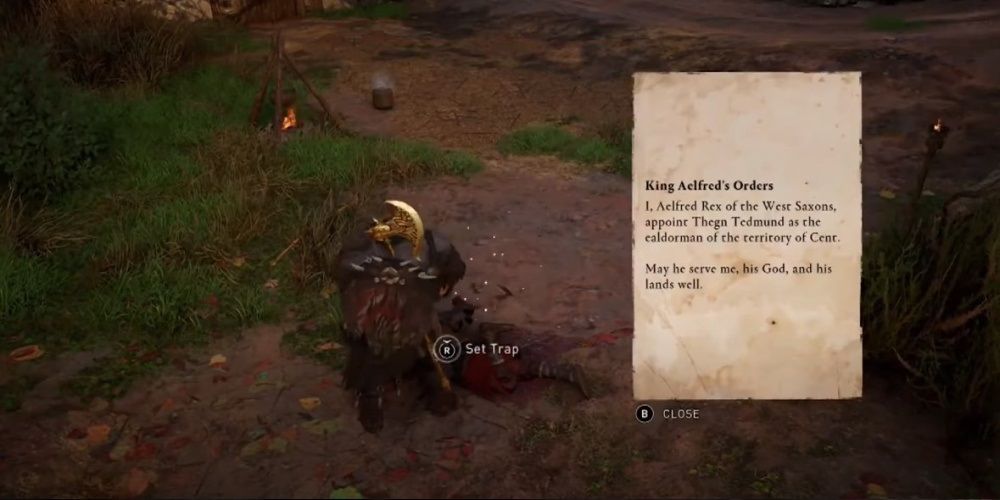 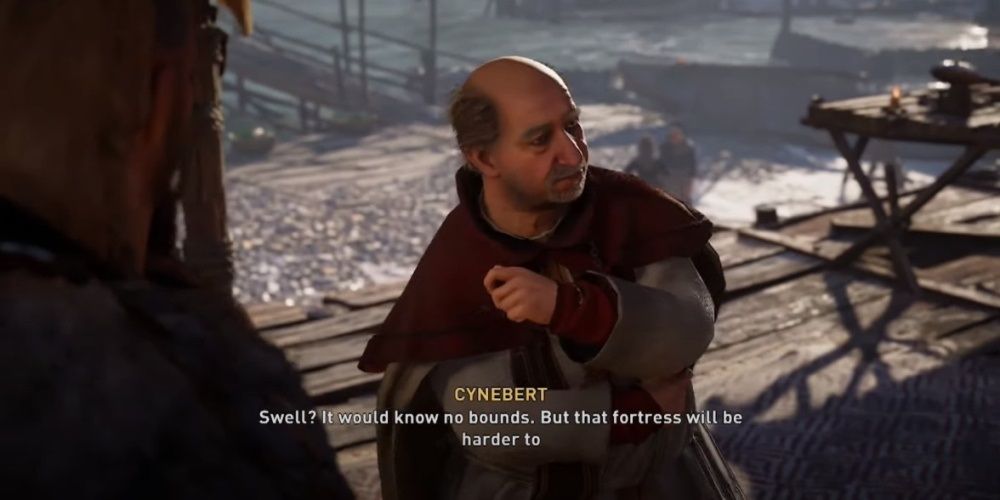 He’s moved locations to the coast now, just follow your marker. Together, you’ll come up with a rather devious plan to gain future Thegn Tedmund’s trust. 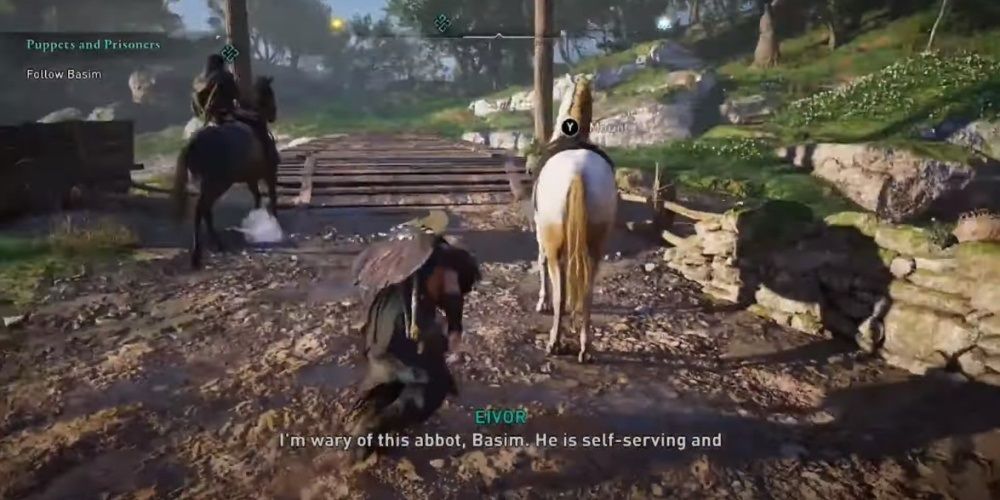 After a short walk, you’ll be granted a mount as Basim gets on horseback himself. You can use it or call your personal mount, whichever you prefer. 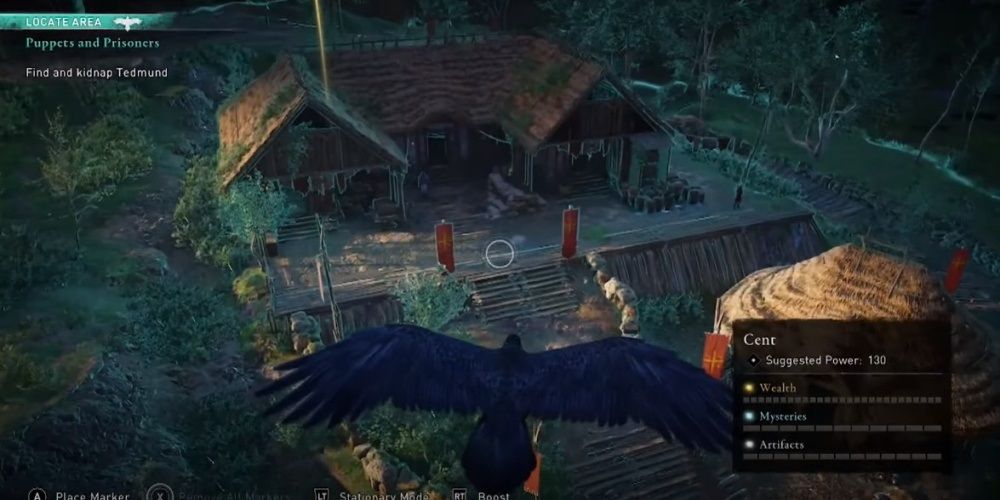 With some stealth, you and Basim can avoid some bloodshed, but not all of it as Tedmund himself is surrounded by guards. Defeat them and tie up Tedmund. 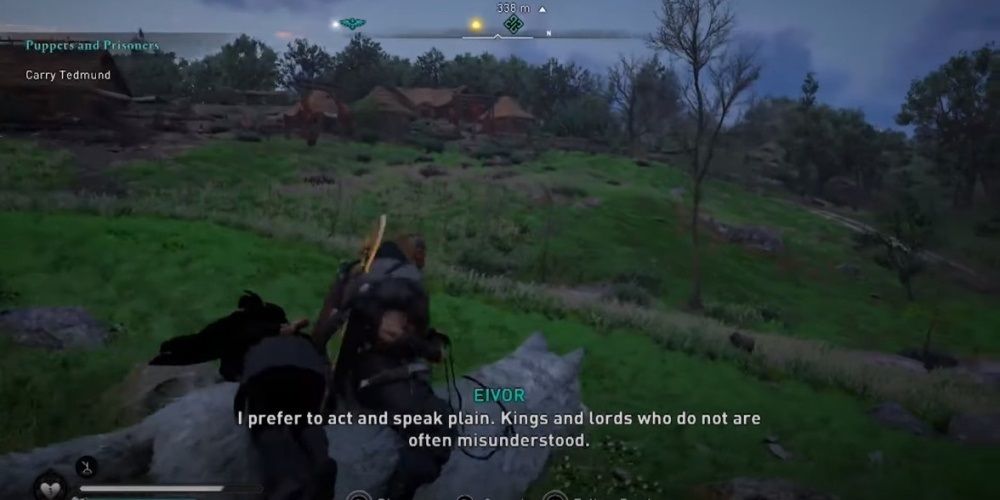 The location to take Tedmund is several hundred meters away. Though the quest seems to specify that you should carry Tedmund, don’t be afraid to have your mount carry him for you instead. 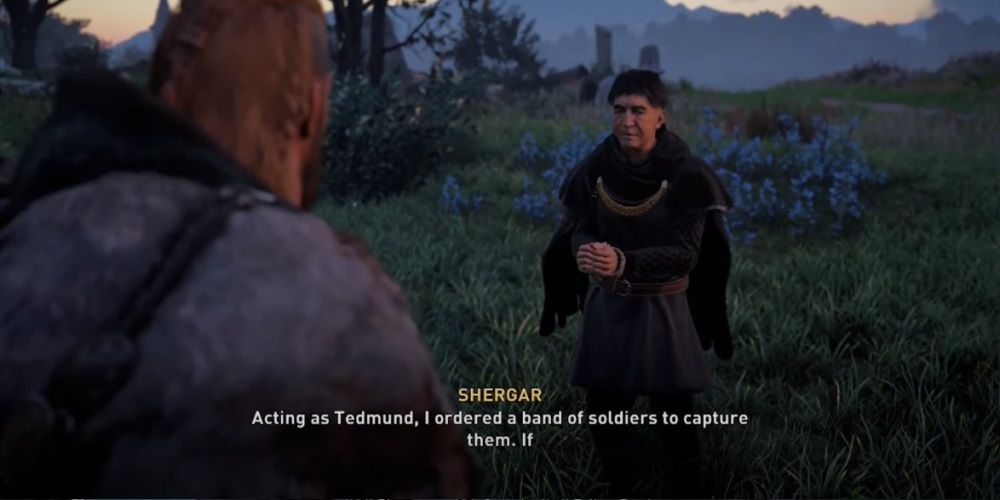 Turns out the man who was kidnapped is a stand-in. It’s his turn to come up with an idea to execute. Follow him and grit your teeth as Shergar passably acts his way through the next cutscene. 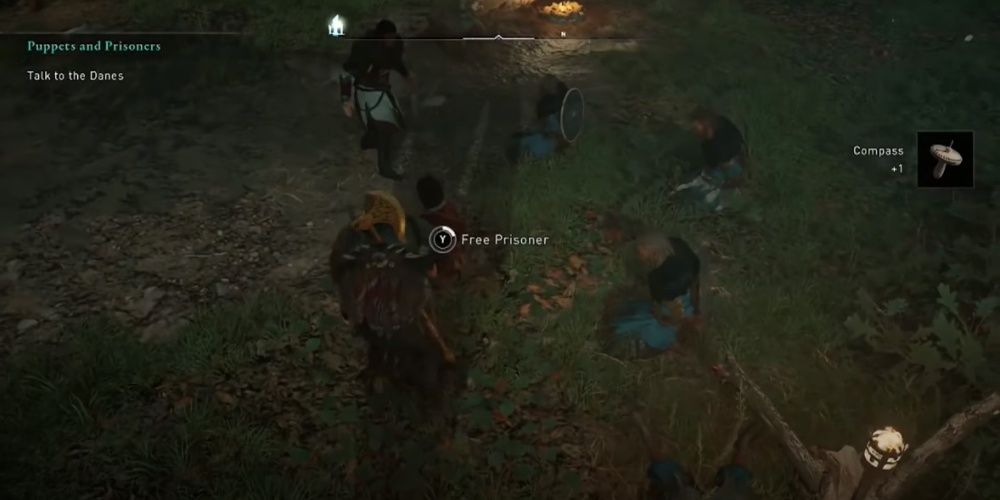 Though you’ve obtained your next destination, it appears that these men have taken Danish prisoners. Releasing one will trigger them all to be untied, do this to progress.

Several long cutscenes will happen back-to-back now. Hang tight and you’ll be rewarded with the completion of this quest and a new quest in the log.

The Man Behind The Man 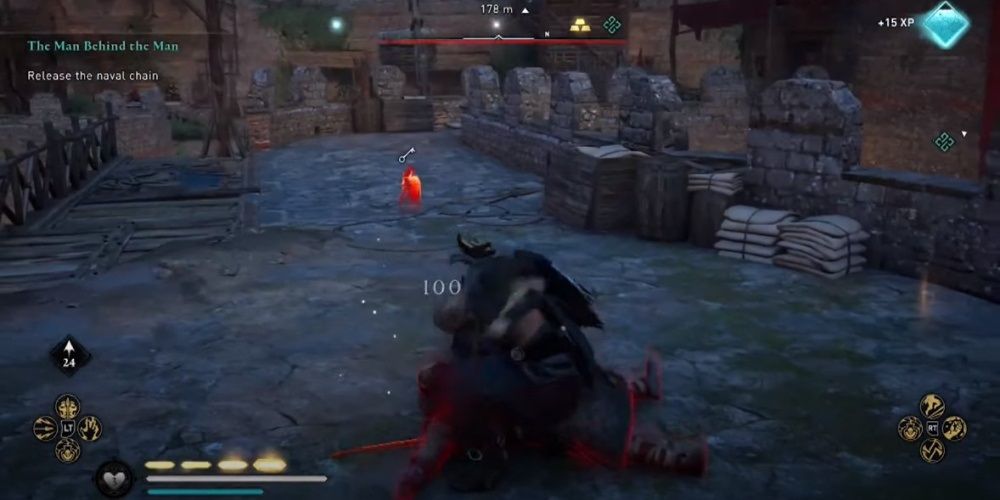 Unfortunately, unlike the first chain when entering England, this one is behind a locked door and will require Eivor to take on quite a bit of combat to take down the Rouecistre Blockade. Find the big brute with the key to gain access to the chain room. 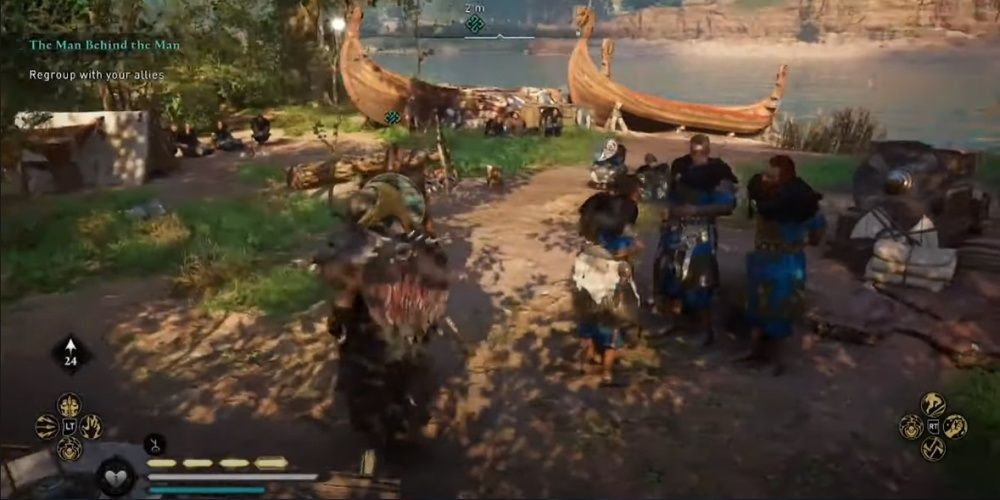 Some friends these are, they aren’t waiting for you. Grab a ship or do some running and pursue their marker on the banks of the river. When you speak to them, give them the word and they’ll siege the fortress at nightfall. 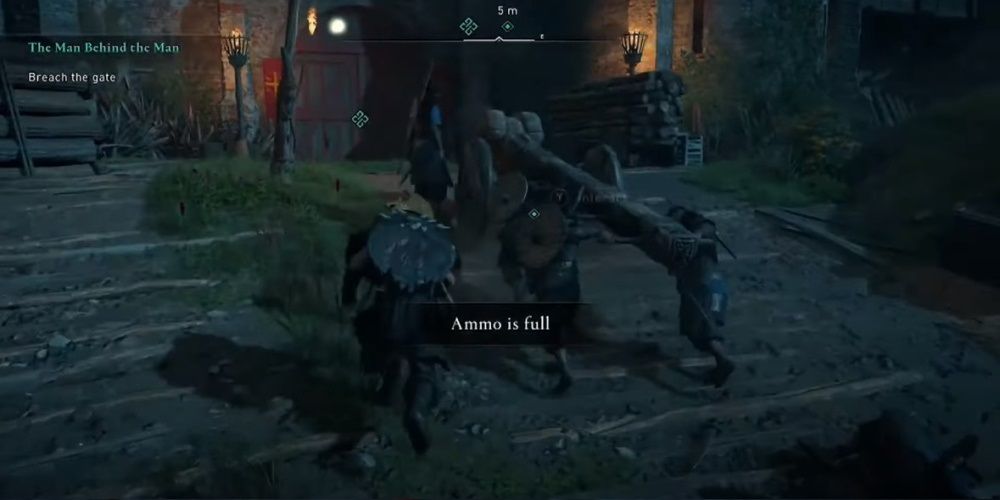 You’ll need to personally use the ram to breach the gates, your fellow soldiers aren’t very good at it. In order to get the ram through and minimize casualties, you’ll want to destroy the oil cauldrons up above. You can hit most of them with a well-placed arrow, but you might feel the need to go climbing and clear the soldiers out as well so that the assault is that much safer. 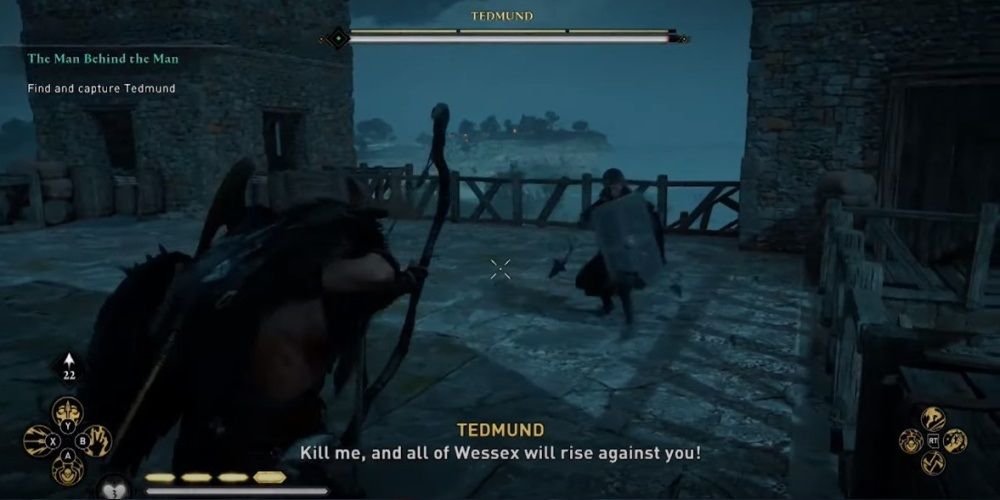 Tedmund’s best defense is his trash talk because he makes the grade as one of the game’s easiest bosses. His attacks have plenty of wind up and your attacks against his shield stagger him.

Also, don’t worry about overkill since his capture is triggered by a cutscene and not your individual actions. So if you want to kick him off of the tower to his “death,” that won’t mess anything up. 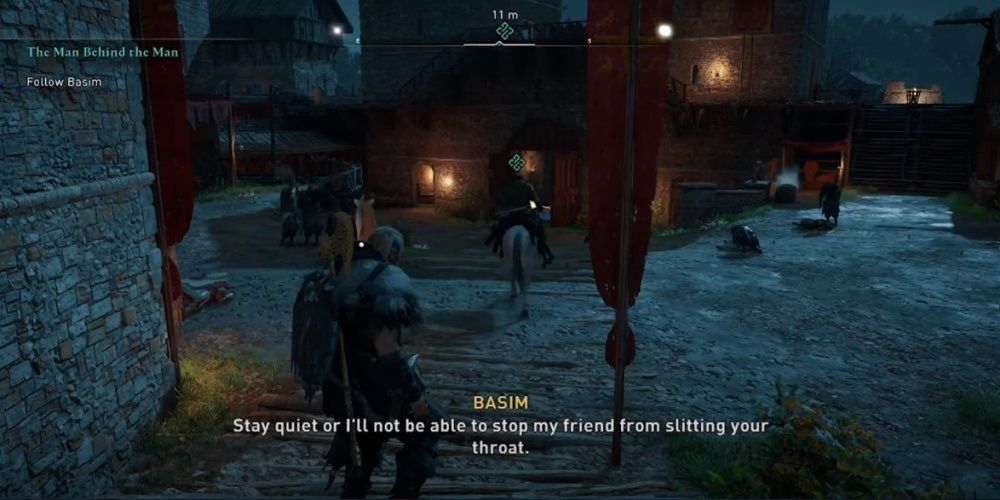 After a cutscene where Tedmund makes his disdain for Danes known, Basim will pick up Tedmund and all you have to do is follow along. Things will go south in the next conversation with Cynebert, but there’s nothing you can do about it before moving on to Plan B. 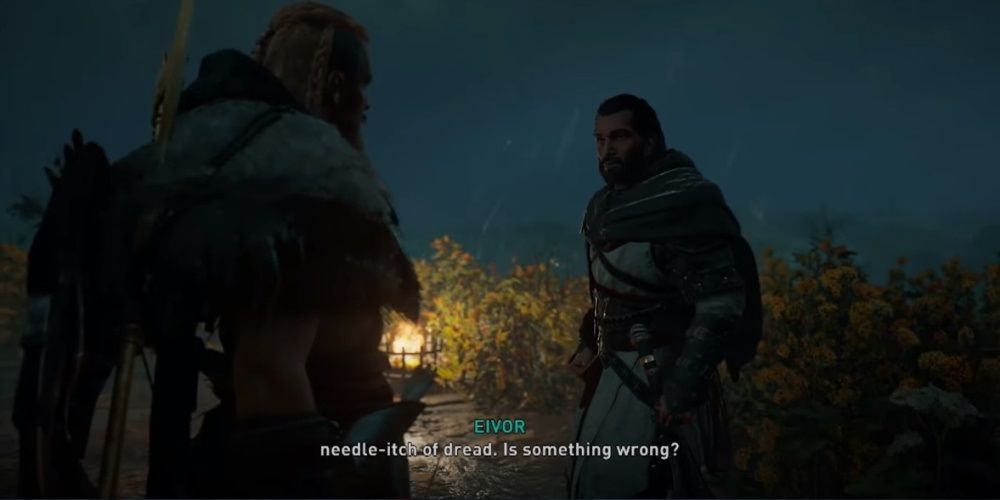 The next marker will kick off A Bloody Welcome. Meet with Basim. 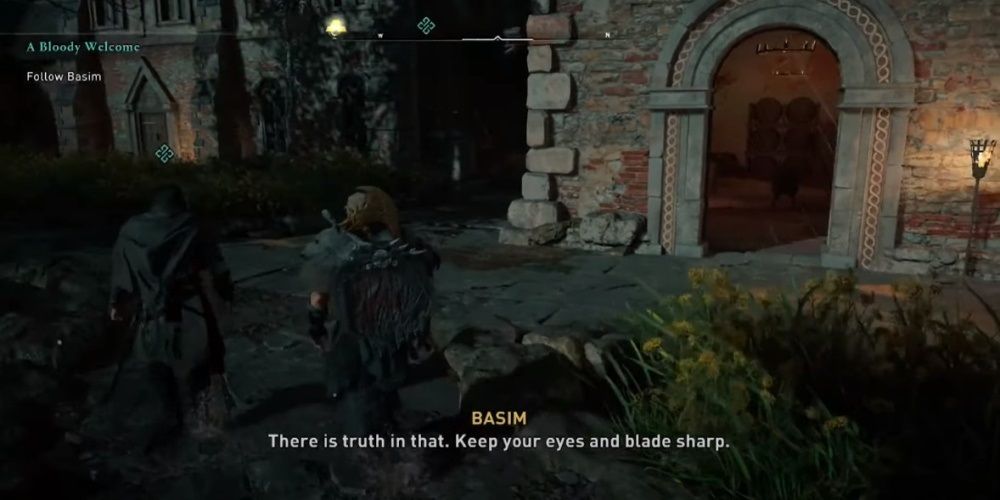 Something feels off to both Eivor and Basim, so follow him closely to meet Cynebert and find the location of Fulke. 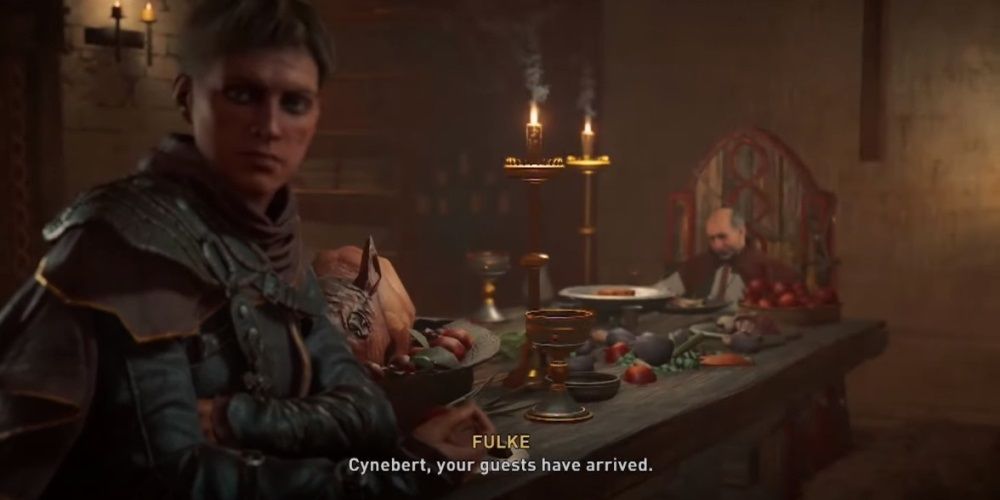 It looks like Abbot Cynebert came through with Fulke’s location to his own detriment. 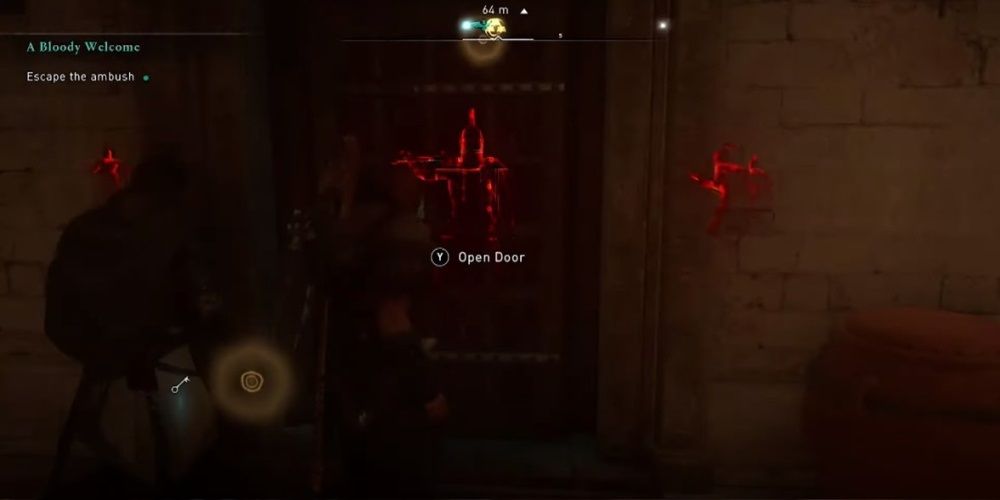 Basim suggests looking for another way out, but it’s faster to open the door and assassinate the guards before they know what hit them.

By either running away or killing all of the ambushers, you’ll be able to speak with Basim, who will be automatically following you. 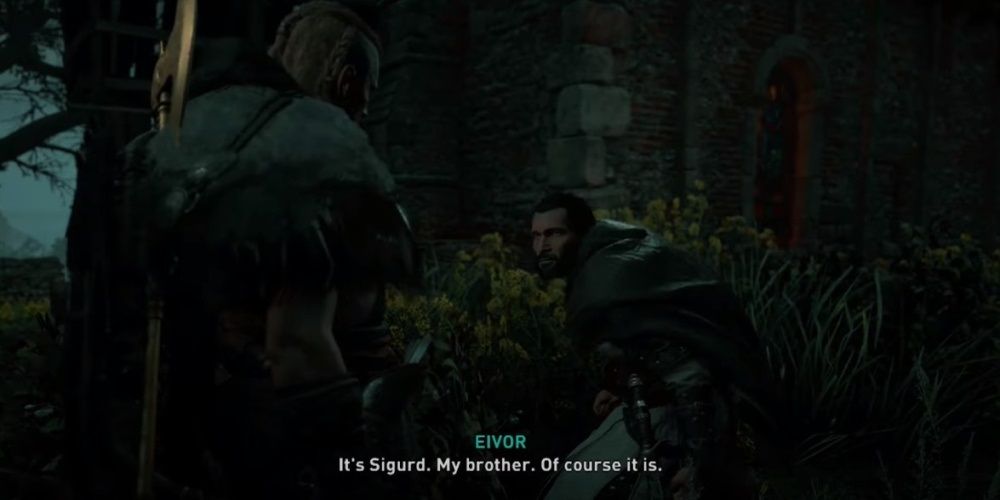 Canterbury is not close, so call your ride and head there. Basim will either follow you or meet you there. 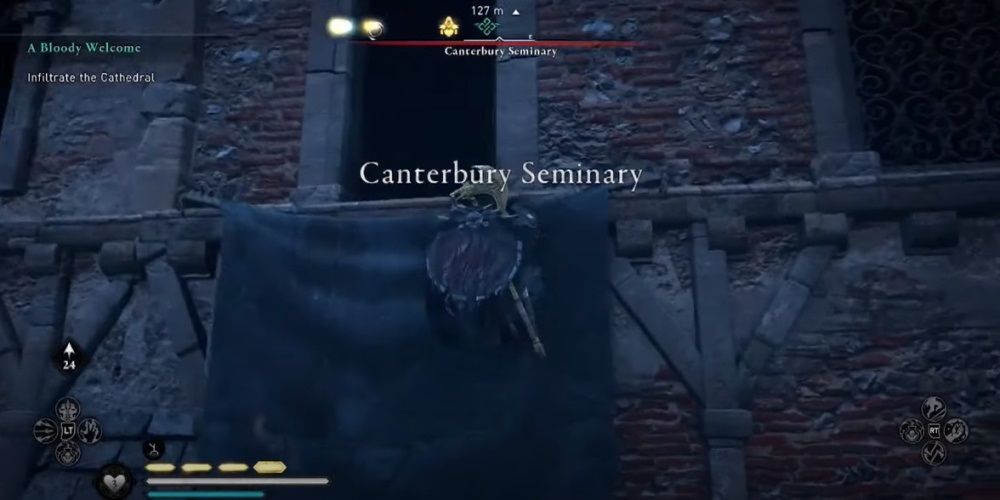 Though stealth is preferred, it’s hard to avoid combat here. Just don’t let it spiral out of control, there are a lot of units and taking on all of Canterbury is a lengthy venture. Walking along the branches of a tree will take you to an exposed window of the seminary and you can get from the rafters of the seminary to the rooftop of the cathedral with relative ease and no opponents to stop you. 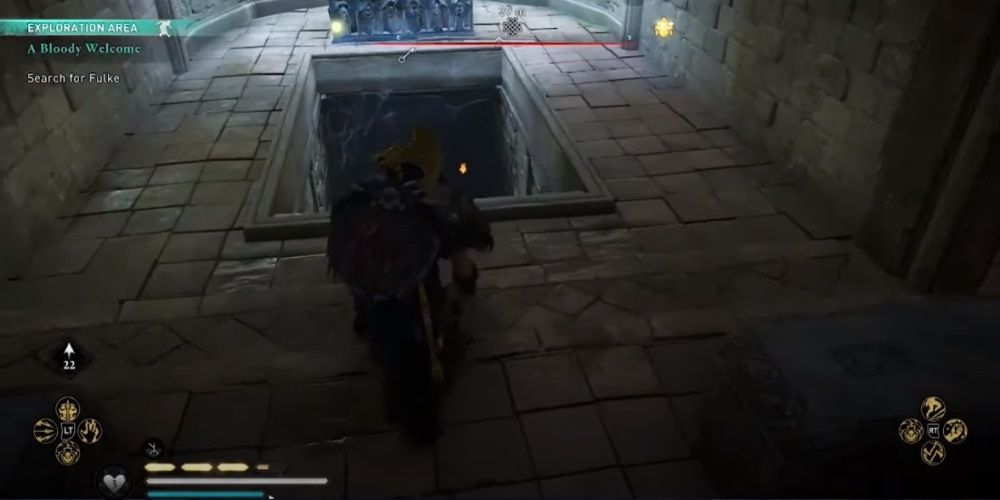 There aren’t any helpful markers to guide you, so the rule of thumb is that if you’re going lower in elevation, you’re going in the right direction. A stairwell with spider webs will take you lower and unlocking a door in the following room will reveal another path down. Take that and enter the door to reveal the final two cutscenes. 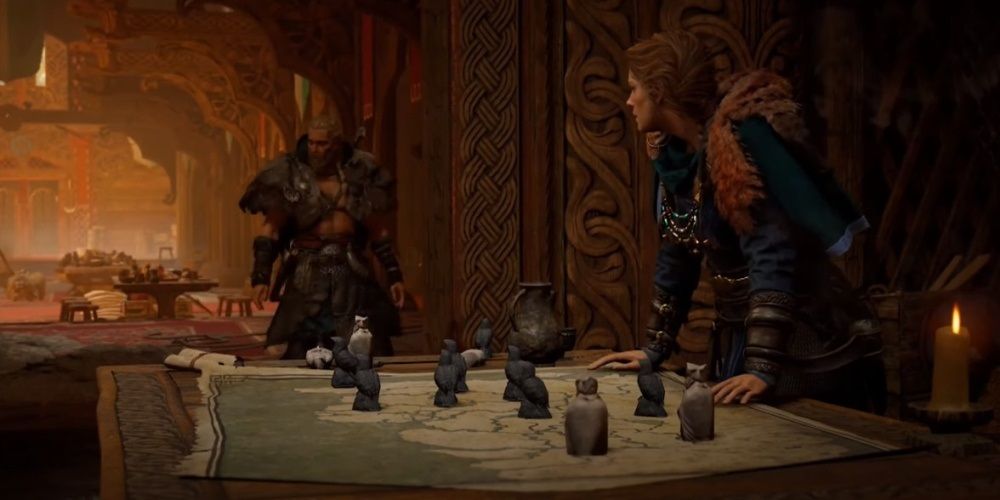 Dag will try to stop you, but he’ll eventually yield without the situation coming to blows. Deliver your troubling findings to Randvi. 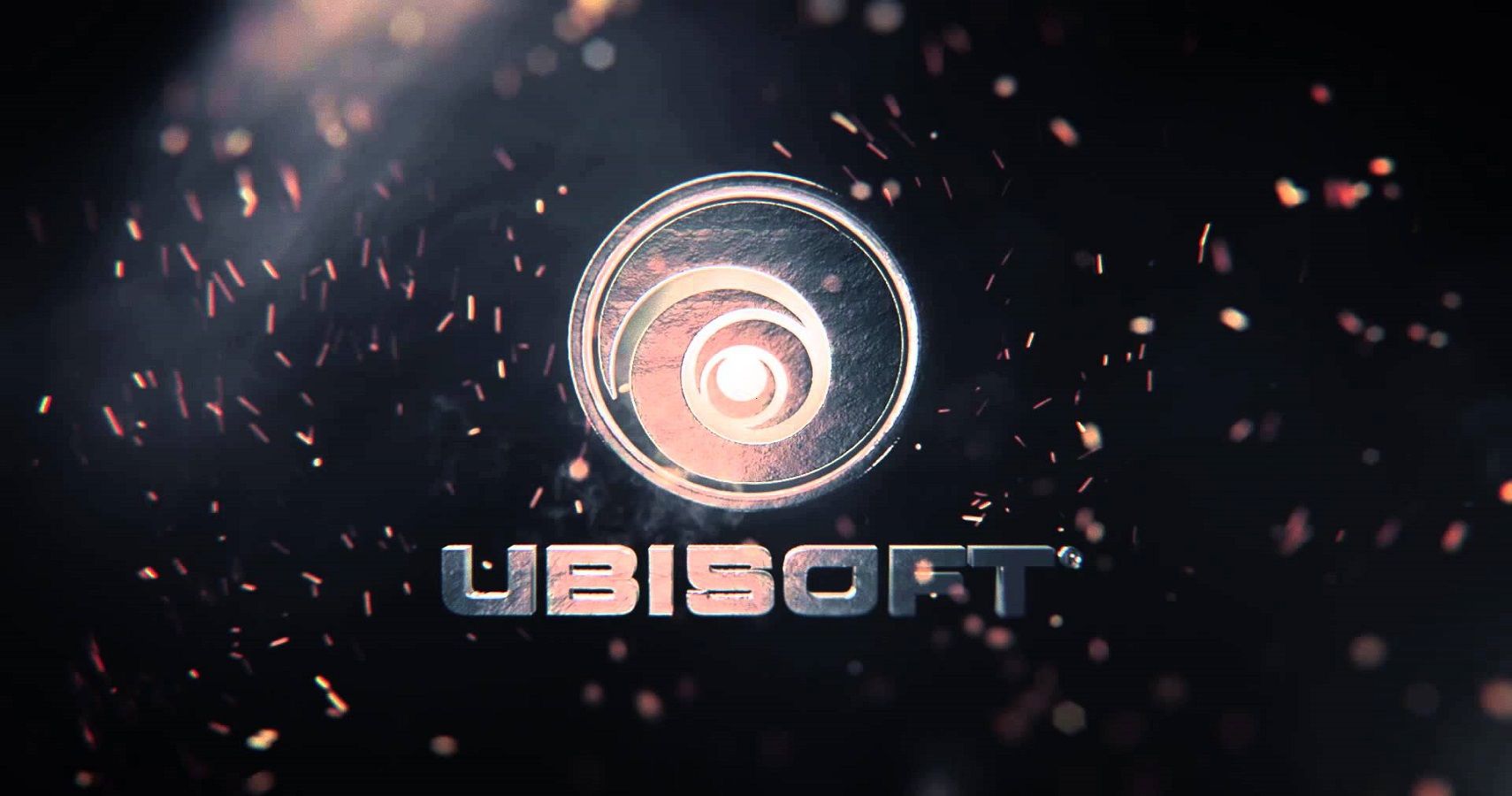