The Cost of Betrayal is the next main quest in Assassin’s Creed Valhalla Wrath of the Druids after A Scourging of Snakes and the last mission in the new expansion’s main narrative.

Despite the fact that Abbot Eogan has been killed, meaning that the Children of Danu’s leader is no more, there is one more betrayal waiting to happen in Wrath of the Druids, and it comes right out of left field.

Whether you’re having trouble deciding between taking Flann Sinna’s or Ciara’s side in the kings’ debate or are struggling with the last boss fight in the DLC, we’ve got you covered with this detailed Assassin’s Creed Valhalla Wrath of the Druids The Cost of Betrayal guide.

Wrath Of The Druids Walkthrough: How To Complete The Cost Of Betrayal 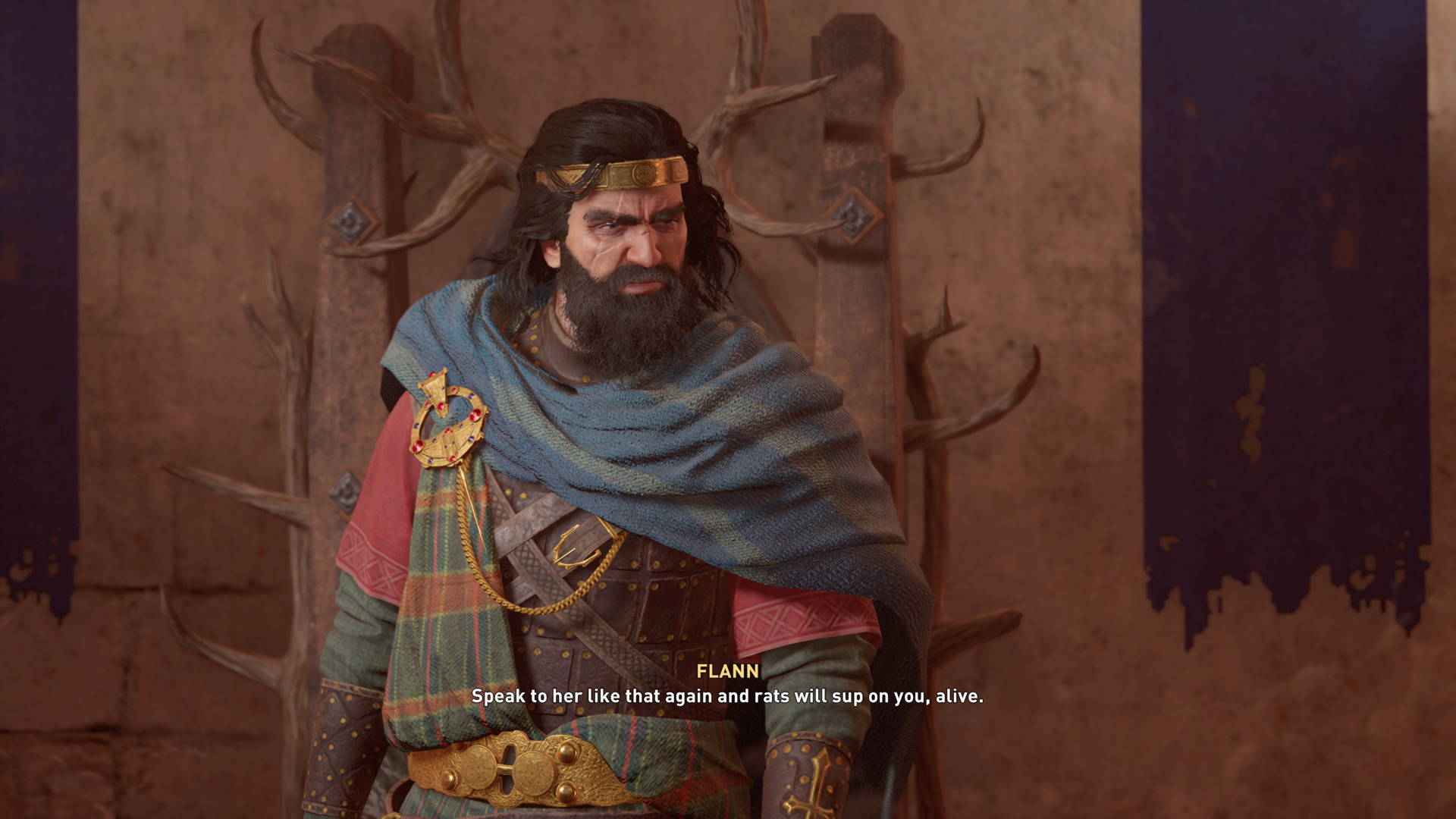 After killing Eogan at the end of A Scourging of Snakes, your first task in The Cost of Betrayal will be to meet Flann Sinna in Durrow. As usual, this will be highlighted on your map by a quest marker.

Head into Flann Sinna’s castle and a cutscene will play. Three additional kings are in attendance here – Conchobar, Cerball, and Niall. They will suggest killing all of the pagans in order to ensure that the Children of Danu are stamped out once and for all.

You will then be given the opportunity to side with Ciara or Flann Sinna. Regardless of what you say, Flann will launch an inquisition and Ciara will storm off. Your next task after the cutscene ends is to find Ciara at her house. She is outraged by Flann Sinna’s decision and will explain that she has to take matter into her own hands, before incapacitating you with a smoke bomb and fleeing.

Flann Sinna will eventually arrive and wake you up. At this point you will see a massive surge of energy erupting from the Lia Fail, an ancient druid stone imbued with awesome power. Ride towards the stone with Flann Sinna and another cutscene will play. Ciara has turned on you and is using incredibly powerful magic to manipulate people’s minds, to the extent that Flann Sinna’s own army will be turned against you.

Fight off the possessed soldiers with Flann Sinna. This part is easy, so take care to take as little damage as possible – you’ll need all of the healing items scattered across the arena later on. Once the soldiers are defeated, Ciara will take control of Flann Sinna. He hits like a truck but is ultimately pretty slow, so prioritize evasive tactics and only hit him when there’s an opening.

After defeating Flann Sinna you will have to fight Ciara herself. She is an immensely tough boss in that she has an enormous health pool, devastating stun-lock combos, lightning fast ranged attacks, and area-of-effect techniques that will absolutely swamp your health bar. I found greatest success with using arrow abilities like Focus of the Nornir, which allows you to slow time and line up perfect headshots. Headshotting Ciara two or three times in a row will stagger her, allowing you to walk up and perform a melee stun attack. Rinsing and repeating this strategy will do ridiculous damage, meaning that all you really need to focus on is dodging her AoE attacks and funneling mushrooms into you whenever your health drops. If you prioritize range, evasion, and picking up healing items over close combat, you should be able to beat her without too much trouble.

Once you defeat Ciara, you can choose to kill or spare her. I spared her and she destroyed the Lia Fail once and for all, before going into self-appointed exile to atone for her sins. Watch the closing cutscene with Flann Sinna and the quest will be marked as complete – as will the main story for Assassin’s Creed Valhalla Wrath of the Druids.