GW and Bandai have partnered up again to launch two new Space Marine action figures for the Imperial Fists and Salamanders Chapters. Bandai had previously released a Space Marine action figure in 2019. Clocking in at 7 inches tall and dwarfing its tabletop counterpart, the Ultramarines Intercessor had quickly sold out, leaving many fans disappointed. The announcement of two new action figures gives those of us who missed out a second opportunity at owning one.

Games Workshop has continued to expand its list of Warhammer 40,000 licensing partners as the once impenetrable grip on their IP has been relaxed. Partnerships such as this expand the Warhammer brand to collectors and gamers that GW would not ordinarily reach. This is especially true in Japan where the Warhammer brand is comparatively unknown and is considered niche. Teaming up with Bandai opens up new opportunities to spread the brand and into the hobby area dominated by Gunpla.

The Imperial fists action figure comes in the form of a Primaris Marine sporting an auto bolt rifle equipped with a grenade launcher. He also carries with him a combat knife. Each hand has three options allowing you to pose him with or without wielding his weapons. The livery puts him as a member of the Chapters Third Company, and more specifically, in the sixth squad. 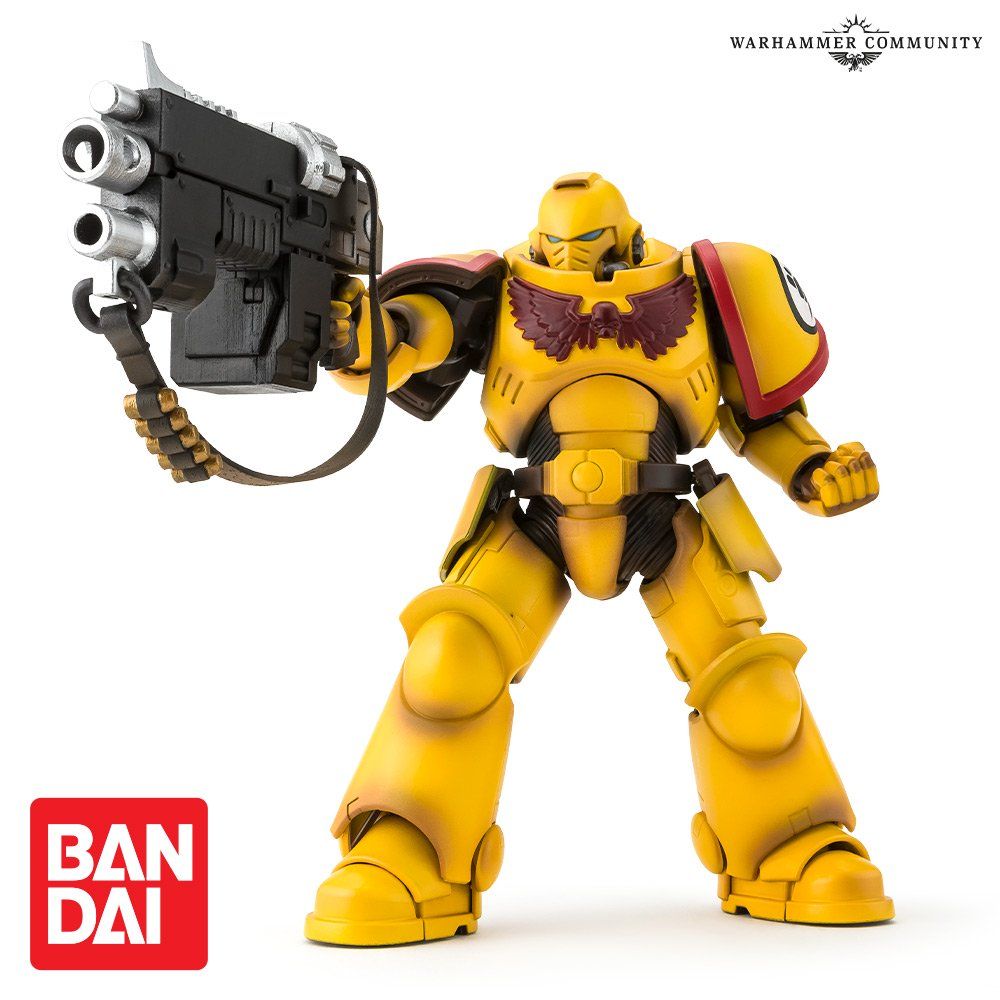 The Salamanders are well represented with a member of the Second Company standing tall and adorned with flaming decals which we can only assume are to make him go faster. The bolt rifle carries an ornate design straight out of the 8th edition codex supplement for the Salamanders. Like his Imperial Fist cousin, he comes with a combat knife and set of interchangeable hands.

The action figures are a little bit bigger this time, coming in at 8 inches due to the move to Primaris armor. Both figures are fully articulated with each having over 53 points of articulation. This gives a wide range of movement and along with the switchable hands gives you plenty of opportunities to strike a dramatic pose. The paint job is color-matched and comes pre-weathered. 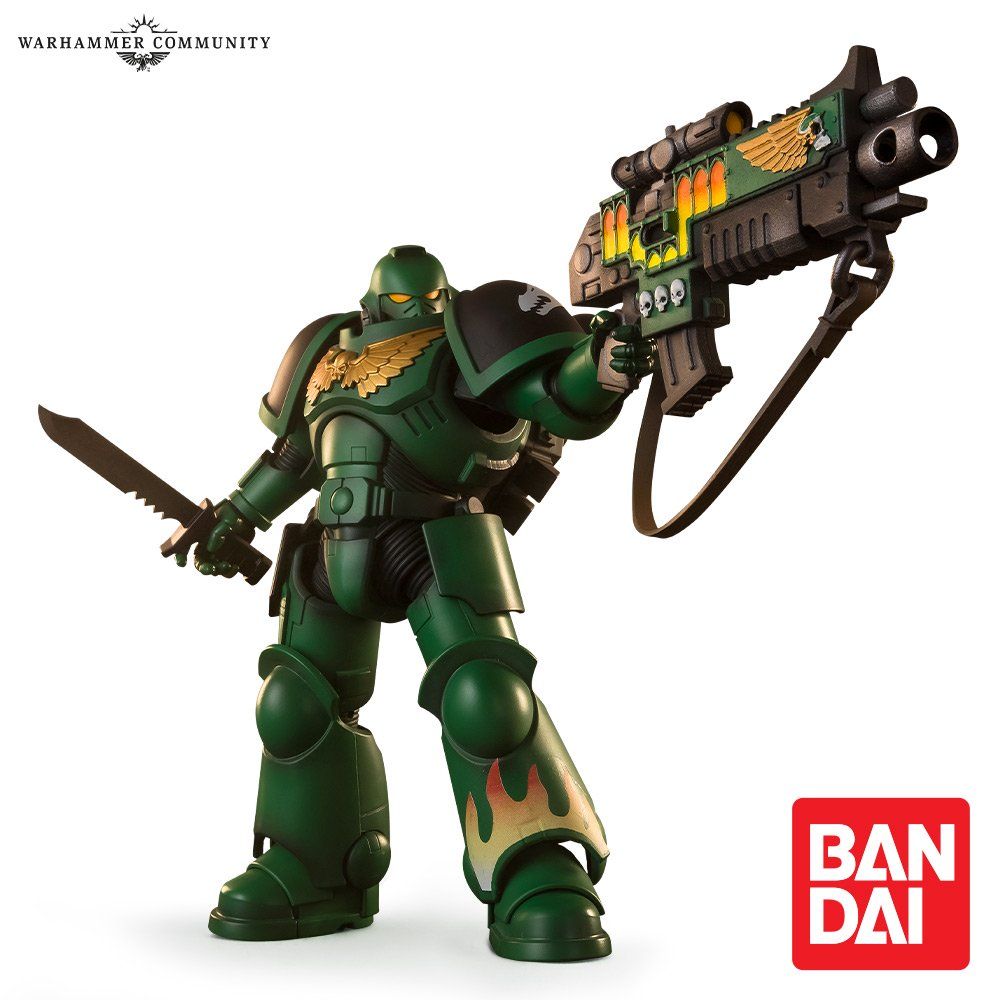 Unlike the 2019 Ultramarine Intercessor release where supplies were limited, GW and Bandai have committed to an open preorder for a limited time only. Everyone who places an order will receive their action figures. Orders open on Saturday, September 12th and will run for one week only!

Breath Of The Wild: 10 Recipes Everyone Should...