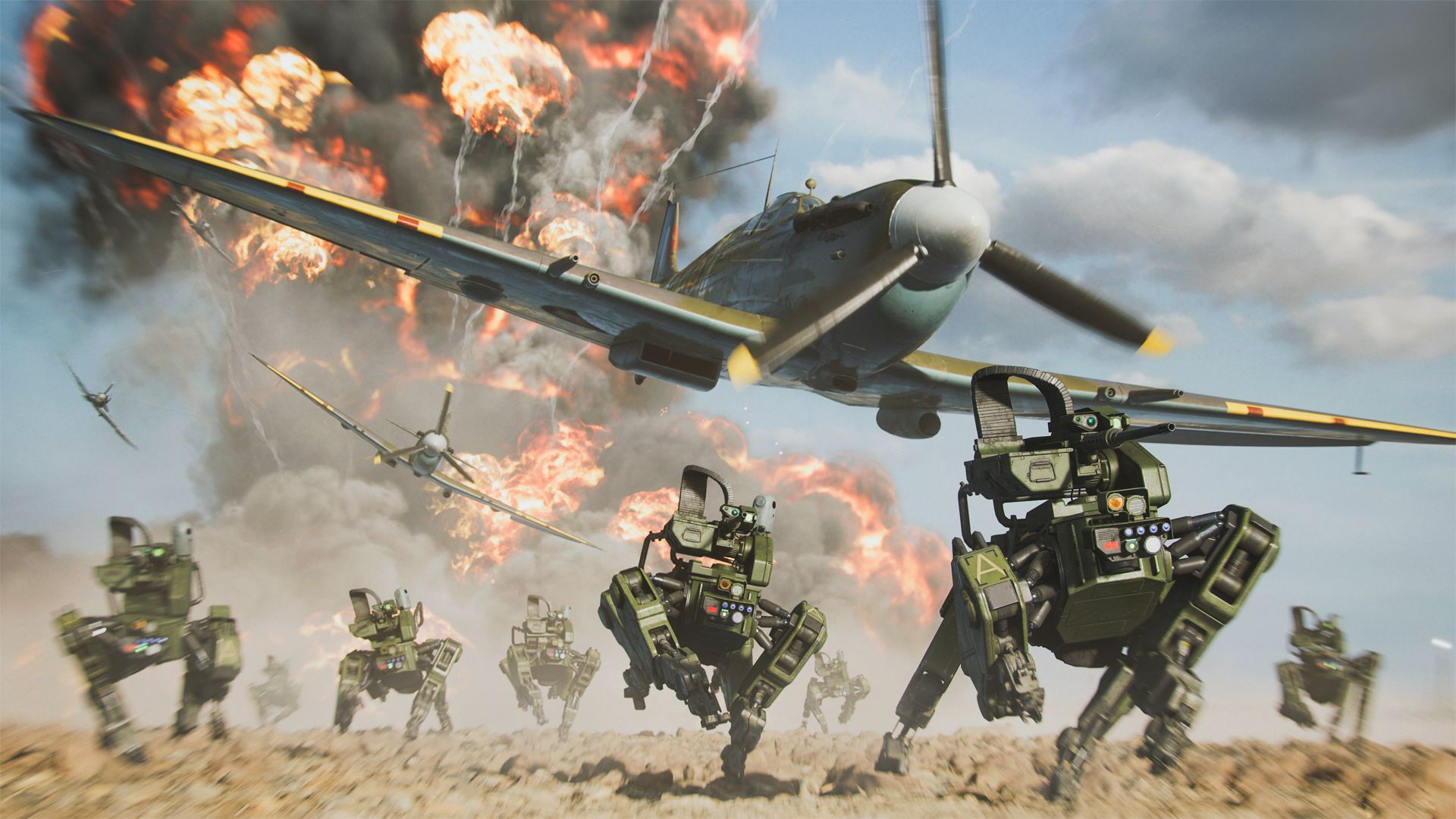 Maps and vehicles from Battlefield 1942, Bad Company 2, and Battlefield 3 are all making a comeback in Battlefield 2042’s new mode.

EA has revealed a new mode from Battlefield 2042 as Battlefield Portal, a powerful game editor that allows you to not only change settings but use visual programming to create wildly different styles of game for you and your friends to play.

Although it was officially revealed as part of EA Play Live on Thursday evening, we got to see an extended look at the mode earlier this week, as EA explained how it will use maps, vehicles, factions, and weapons from Battlefield 1942, Battlefield 3, and Battlefield: Bad Company 2 – with the implication that content from other games may be implemented later as DLC.

At first it seemed to be something along the lines of Super Smash Bros., where you can change the rules, add or exclude items, and alter how many people are playing. But Battlefield Portal is much more involved than that and genuinely impressive in the amount of control it gives you.

Many people are going to be happy just fiddling around with the top-level controls, which are made immediately more interesting by have access to content from the older games.

This allows you to set Second World War soldiers against modern combatants, and robot dogs against 75-year-old tanks, but once you get past that novelty you can start creating things like ad hoc PvE modes or purposefully unfair match-ups of one player versus 64 – but where the lone wolf has much better weapons.

The visual programming is where things get really involved, as EA allow you to dig surprisingly deep into the game’s inner functions, in order to reprogramme everything from how you earn back health to how all the weapons and vehicles work.

People that already know how to program are clearly going to have a field day with it and everyone benefits from that as they can then simply share their set-ups or invite people to their custom games.

In terms of specifics, you’ll be able to use the seven maps from the main mode in Battlefield Portal, along with remastered versions of Battle of the Bulge and El Alamein from Battlefield 1942; Arica Harbor and Valparaiso from Bad Company 2; and Caspian Border and Noshahr Canals from Battlefield 3.

Each map will have modern destruction effects added to it, even if they didn’t have any before, and you’ll be able to play them with 128 players on current gen consoles and PC.

There will be more than 40 weapons and over 40 vehicles from the four different games, and seven different army factions from across the years.

It’s impressive stuff and very different to anything rivals like Call Of Duty are offering, further justifying the decision to skip doing a story mode in favour of unique features like this.

There are three main modes in Battlefield 2042, with the main All-Out Warfare multiplayer mode, Battlefield Portal, and the still mysterious Hazard Zone. It’s not clear when Hazard Zone will be unveiled but the only description so far is that it’s a new squad-based game type that is not a battle royale.

There’s plenty of time for the rest of the details to come out though, including the open beta, with the game not due for release until October 22.

Battlefield 2042 will launch on Xbox One, PlayStation 4, Xbox Series X/S, PlayStation 5 and PC but the last gen versions will be limited to 64 player matches instead of the 128 of the other versions.