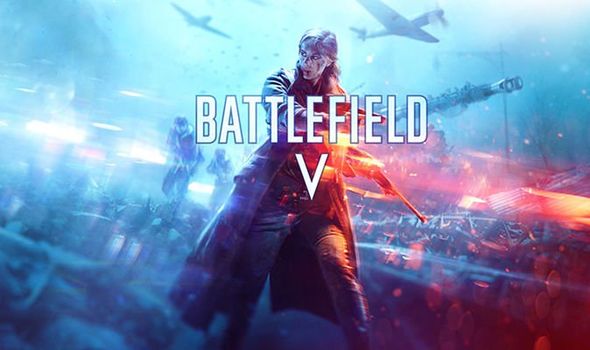 The Battlefield 5 Trial by Fire update will be going live later today, April 4, at different times, depending on what platform you play on.

EA and DICE have confirmed that the new Firestorm patch will be launching an hour apart on PC, PS4 and Xbox One.

It will first arrive on PC at around 9am in the UK, followed by the PS4 at 10am and Xbox One at 11am.

From what has been posted so far about the new BF5 update, there will be no need for downtime or servers to go offline for maintenance.

As confirmed by DICE earlier this week, today’s update is focused on improving Firestorm Mode.

“Among the tweaks are improved loot behaviour, better interaction with safes, fixed visual issues, and making the Flare Gun usable while in water,” DICE confirms in a new message.

“We’ve improved our other multiplayer experiences, too. The tweaks include adding the soldier stance icon from single-player, which many of you have requested.

“On top of this, we’ve made multiple stability improvements, bug fixes, and quality-of-life enhancements.”

Premium Currency is also being added to the game today, which will be purchased with real-world money.

From now on, There will be two types of in-game currency: Company Coin is earned through gameplay and the new Battlefield Currency.

This new currency will be used to buy Inside Cosmetic customisation items, Elite sets and Time Savers from the Armory.

Time Savers are the most eye-catching item as this will make it possible for fans to use Tier Catch-Ups and XP Boost items.

“Tier Catch-Ups unlock Chapter Reward items, providing an option for those players who don’t have the time to earn all those items through gameplay.

“XP Boosts accelerate the amount of experience points you earn while you play, allowing you to reach Chapter, Career, Weapon, Vehicle, or Class Rank at a faster pace.”

Time Savers won’t be launching today but are billed to arrive later during Spring 2019, while the new Elite Sets should be arriving soon after today’s update.

Highlights from today’s Battlefield 5 patch notes can be found below and include most of the major changes to Firestorm Mode.

Fixed an issue which was causing a weapon to be misaligned when a player was in a man down state while being spectated. • V-1 and Artillery Strikes now count as “gadget kills”. • Pistols that have been picked up by the player now properly drop on the ground if the player dies. • Players are now able to use the Flare Gun while in water. • Increased the draw distance for grenades and melee weapons. • Grenades now collide with the cover of the pickup truck instead of going through it. • Fixed an issue where the active VOIP icon would not always show if the entire squad would be talking at the same time. • Players will no longer deploy a grenade automatically when dropping an item as a passenger. • When in a tank, the player will no longer switch to the selected tank gun while zooming on the map. • Added a red outline for the Artillery Strike on the map to make it more visible. • The health cooldown UI no longer freezes if a player drops their healing items when it is in progress. • Getting an invite from a player while looking for players enables you to join the squad. • If the user cancels and resumes the interaction with a safe, it will always reset. • When the player is watching another player being revived, the camera will remain in the same position. • The Napalm Helmet will no longer obstruct the player when aiming down sights. • Players can now jump as soon as they reach the start of the jump location. • When waiting for the other players, the squad list shows the correct Armor Plates number that the player had before death. • Players will no longer reload when opening doors. • The loot rarity icon is no longer visible through soldier bodies and vehicles. • When getting killed by another player, the text for the weapon used will show properly. • Switching weapon while dropping a weapon will no longer make the weapon being held invisible. • The Swap and Drop button callouts are updated if the player changes the keybind ingame. • Interaction detection has been improved to avoid issues with loot near Objectives and vehicles. • The interaction prompt for safes will no longer be offset when the player interacts with it repeatedly. • The interaction prompt for safes will no longer double when the player interacts with it repeatedly. • Interacting with a safe repeatedly will no longer make the progress bar disappear. • When the player is killed by an Artillery Strike, an icon is displayed in the kill feed. • The first wave of capture points now start earlier, before the zone starts to shrink for the first time.