Bee and PuppyCat reminds me of a rainy day in Animal Crossing. It’s soft, endearing, and drenched in a pervasive melancholy that I can’t quite put my finger on. Its characters are dealing with very real problems in a fantastical world that almost feels like our own reality, but there is always a chance to escape into an eternal daydream. It’s a wonderfully relatable show that shines a new light on adult animation.

A retelling of the crowdfunded first season and a long-awaited continuation landed on Netflix this week, and the nine-year wait has been more than worthwhile. The show is a tale of millennial circumstances, as a young woman tries to find her place in a world that is so content to see her float through it. We spend time with her friends, watch her adopt a weird alien animal, and learn more about her past that for all this time has been shrouded in mystery.

Games, anime, music, fashion, and a profound desire to find purpose in life is cemented so flawlessly. Bee and PuppyCat has always felt like an underground classic, and now Natasha Allegri’s creation is finally getting the credit it deserves.

Bee and PuppyCat might sport a vibrant aesthetic that feels like a lovable mixture of Steven Universe and Studio Ghibli, but this bubblegum surface hides a much deeper narrative core that asks hard questions and has its characters go through unexpected yet relatable ordeals. Even in the first season’s retelling we meet so many people dealing with so much bullshit.

Bee is a good person, but her clouded origins and relative incompetence means she is constantly being fired from jobs and failing to provide for herself. Yet all her friends stand by her, whether it be lovable baker Deckard or former professional wrestler turned software engineer Cas. Everyone loves each other in this world, and that initial softness goes a long way in making its heftier themes that much easier to broach upon. 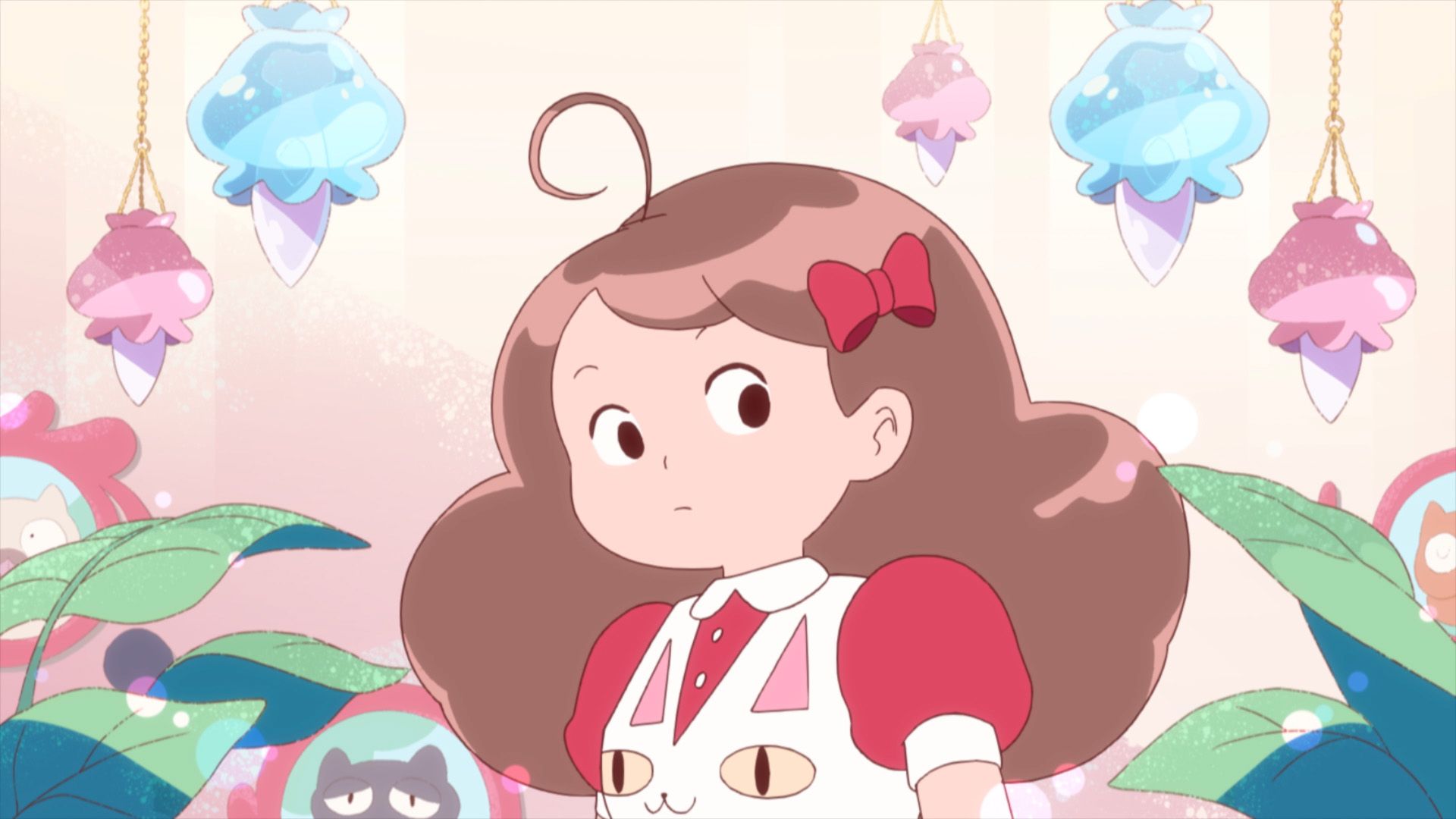 I won’t spoil where Lost in Space goes, but here’s a basic rundown of the first three episodes – Bee is fired from her job at a local cat café after starting a fire. Funny how that worked out. She returns home and realises she has no way to make money and no real purpose in life beyond cleaning up after her own mistakes. In the rain, she wishes for a pet, or something she can take care of that will give her a responsibility that isn’t her own wellbeing. Suddenly, an alien creature that speaks in fractured vocaloid emerges from a pink portal in the sky before collapsing on the rain-drenched pavement. This is PuppyCat, and he’s a cool dude.

Turns out her new pet is also capable of interdimensional travel, and quickly transports them to Temp Space where they can take on random jobs in exchange for pennies. These hustles might involve looking after a giant baby, fixing a music box, or making donuts with the ability to grant wishes. Each one is intentionally bizarre and filled with imaginative imagery that pulls us into a dreamlike sense of nostalgic wonder. It reminds me of classic anime dubs from several decades ago, and that energy permeates throughout both the incredible visuals and vocal performances of each character. Part of me believes it is all meant to feel unusual and somewhat out of place, like we’re comprehending this new landscape much like the characters are in spite of how casual they are about everything. 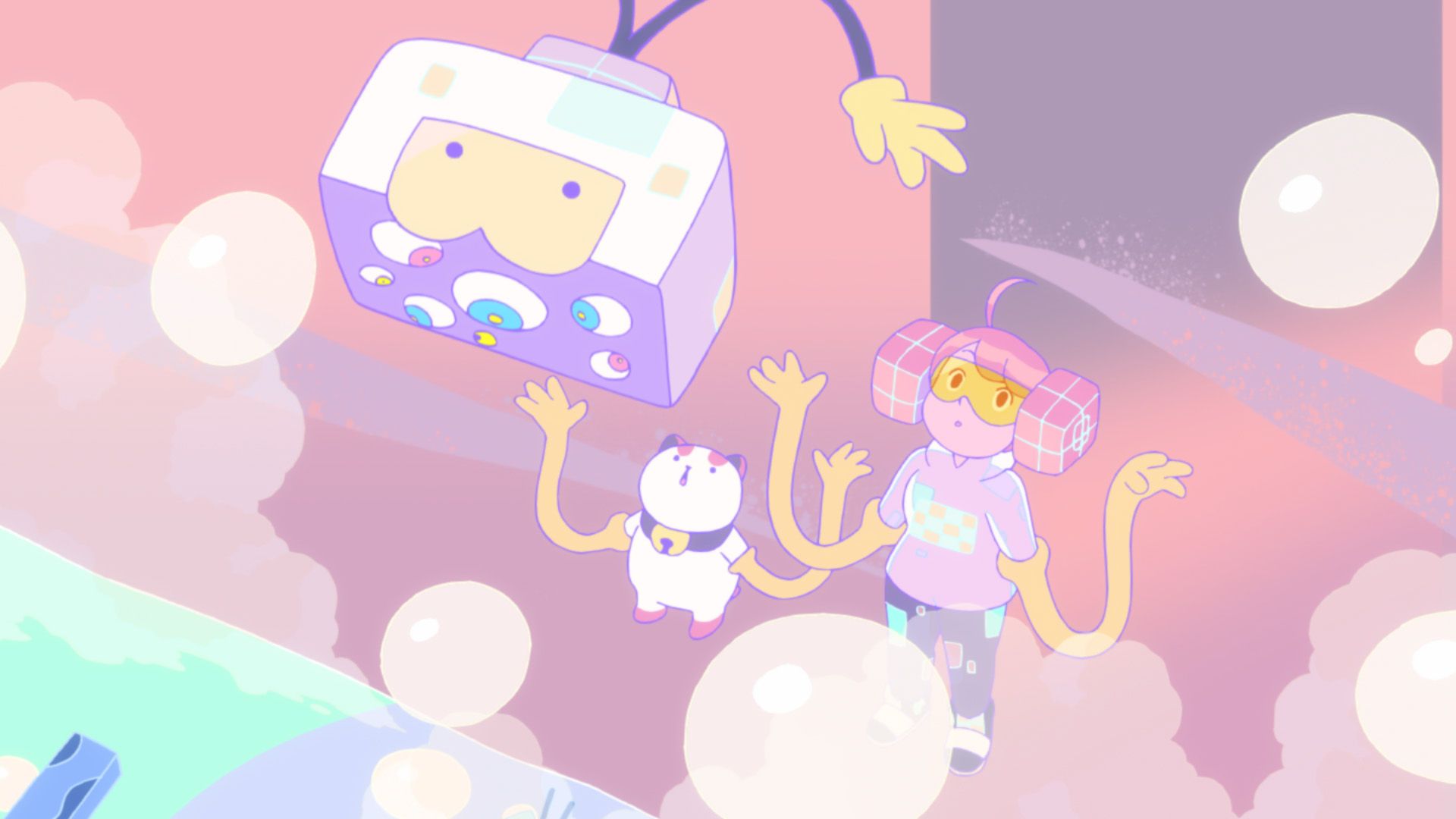 Animated shows for younger audiences like The Owl House, Amphibia, and She-Ra touch on more complicated themes in spite of their target demographics, and that speaks to creators who recognise viewers are capable of empathising with the plight of characters and are more than capable of picking apart the thematic weight behind their personalities, decisions, and place in the world. It sits alongside Midnight Gospel and Inside Job as shows that cater to older audiences without resorting to crass jokes and predictable tropes while sporting the same derivative visual identity. Nothing against the likes of Family Guy, Rick & Morty, Big Mouth, Paradise PD, and countless others – but they build on existing foundations without ever trying to do something new. At least not like they used to.

Bee and PuppyCat doesn’t abandon its playful ambition in spite of maturity either, which is often a consequence of aiming for an older demographic. If you’re appealing to adults you suddenly need to be crass, funny, and not cater to ideas that might come across as childish. It’s like indulging in this side of yourself is seen as immature, an ignorant cultural barrier we still have yet to overcome. I know people who won’t watch Into The Spider-Verse because it’s ‘for children’ and this outdated rhetoric is reflected in so many other films and shows. 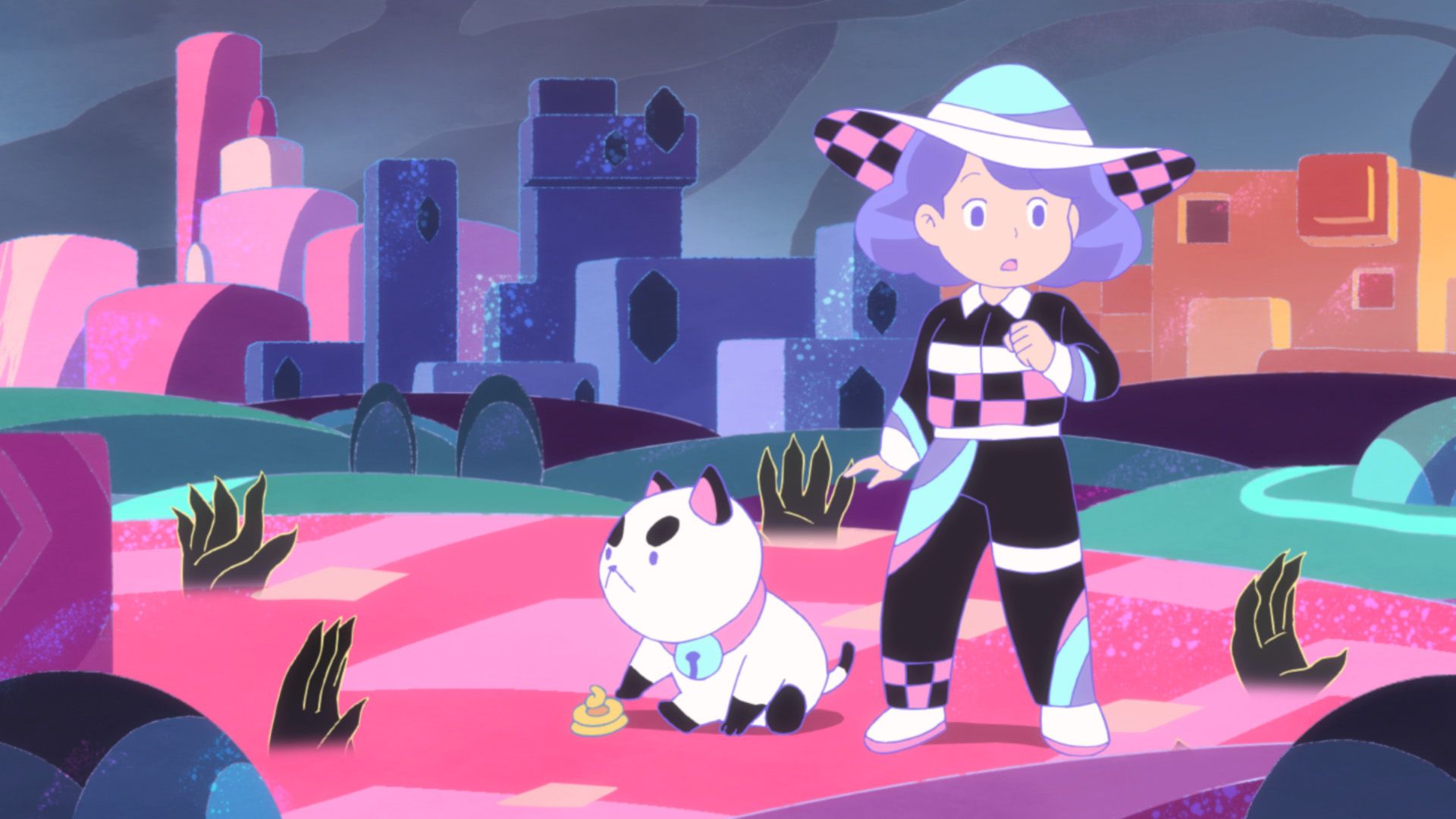 Indulging in them isn’t embarrassing, we simply need to abandon these irrational insecurities and realise that true joy comes from leaving needless vices behind. Bee and PuppyCat is never once afraid of what it wants to be, and hasn’t been in the decade since its inception. Its titular character is a young woman dealing with the usual problems of wealth, love, and self-confidence that many of us are accustomed to, while the people around her reflect that outlook and are trying to make ends meet in spite of the colourful island they call home.

Taking inspiration from countless classics like Sailor Moon, Neon Genesis Evangelion, and countless Studio Ghibli gems means that an aura of warmth is found across each and every episode. We fall in love with its emotional softness from the very first line of dialogue, sinking into its almost ethereal soundscape and grounded themes as its world hopes to swallow us whole. There are moments of welcome comedic levity and narrative exposition, but Bee and PuppyCat is so masterfully consistent in its tone that I just couldn’t stop watching. 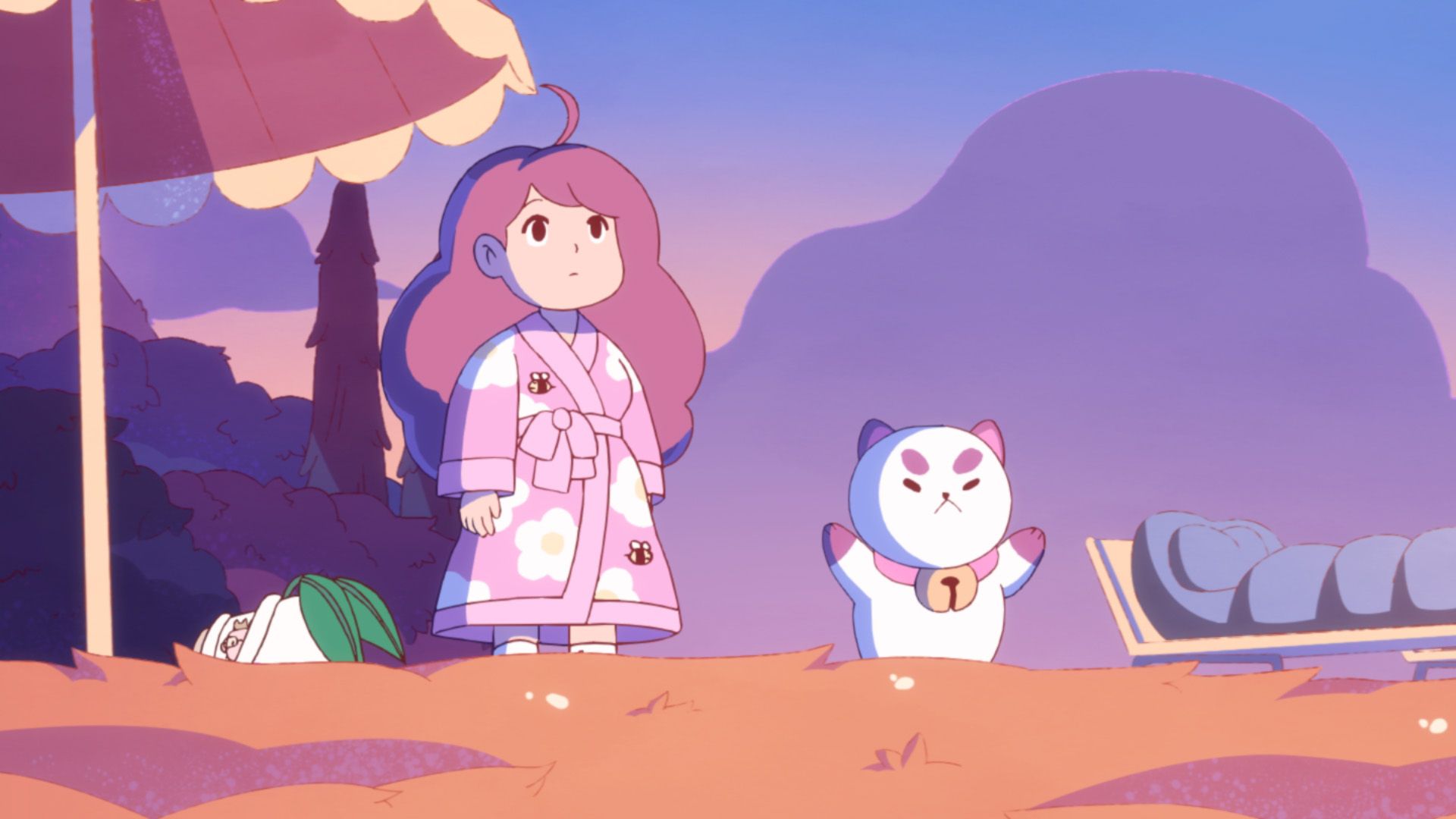 This is what animation is capable of outside younger demographics when creators are given freedom to fulfil their overarching vision without having to dumb things down or fit in with a saturated market of predictable comedies that we’ve seen time and time again. I grew up immersed in the universe of Bee and PuppyCat, and there is something quite special about seeing its new season emerge and knowing it has matured right alongside me.