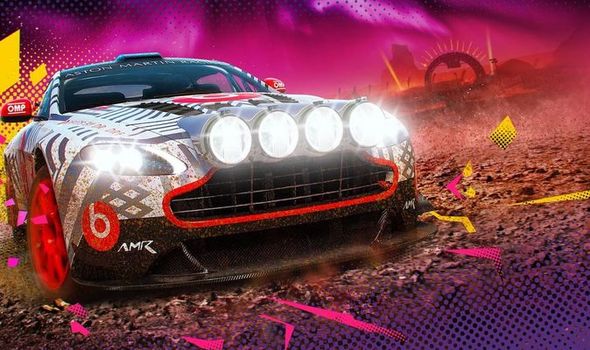 With so many different ways to play games in 2021, the Xbox Series X remains one of the top choices. Microsoft’s next-gen console offers a number of features, as well as top subscription add-ons. The Xbox Game Pass has seen an aggressive expansion this year, with new games being added throughout March and April. The price might put a few people off, but it makes for an enticing combo with a new Xbox Series X.

The base Xbox Game Pass deal costs £7.99 a month and provides access to over 100 games, along with a number of other options. Meanwhile, Microsoft also offers Xbox Live Gold, a cheaper subscription that provides exclusive deals and a few free games each month. But something that both subscription groups can enjoy is the free play day events offered randomly throughout the year.

Free Play Days only lasts a limited period but usually includes some cracking titles, and March is proving no different. As of right now, Gold and Game Pass members can download two free games.

And the best part is that both titles also come with Xbox Series X upgrades, alongside the base Xbox One games.

So until Monday, March 22, subscribers on Xbox Series X can download and play Tom Clancy’s Rainbow Six Siege and Dirt 5 at no extra charge.

Rainbow Six might seem like an odd choice as it’s been available for some time, but Ubisoft recently launched a brand new expansion, complete with new operator and reworked map.

So right now might be the perfect time to drop back in and experience the shooter again.

A message from Ubisoft explains: “A new Attacker named Flores will bring some explosive drones to Team Rainbow when Crimson Heist, the first season of Year 6, launches for Rainbow Six Siege.

“The new season will also introduce the Gonne-6, a secondary weapon option for select Attackers that shoots a single explosive round, as well as a rework for the Border map. Furthermore, the Match Replay feature will enter its beta phase and launch on PC. Match Replay on PC, the Gonne-6, and the Border map will be free for all players when Crimson Heist launches.

“Flores will be available through the premium track of the Crimson Heist Battle Pass, and will also be unlockable two weeks after the season launch with Renown or R6 credits.”

Dirt 5 is another cracking game worth checking out if you just bought an Xbox Series X, offering up a list of upgraded visual options and gameplay tweaks.

A message from Codemasters explains more, telling gamers last year: “Just like the Xbox One, PS4, PC and Google Stadia versions, DIRT 5 on next-gen consoles is designed to make the best possible use of the hardware.

“Across both Xbox Series X|S and PlayStation 5, DIRT 5 will include an option to run the game at 120 frames per second and feature greater graphical fidelity, thanks to the new technology. Console-specific features will also be utilised, such as the new haptic feedback and adaptive triggers on the PS5 DualSense controller.

“Console versions of DIRT 5 are cross-generational for online play. This means that if you’re playing on PlayStation 5, you’ll be able to matchmake with PlayStation 4 players in online action, discover and race on their Playgrounds creations, and vice versa. The same applies across Xbox Series X|S and Xbox One.”