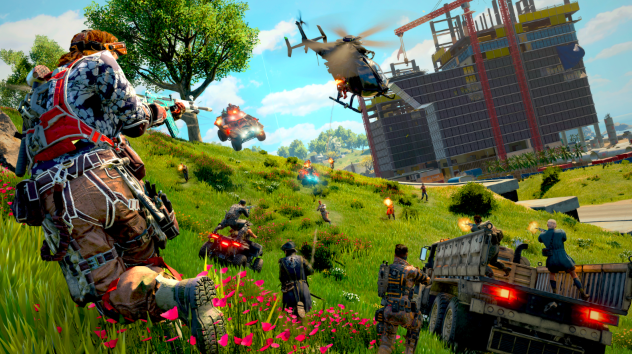 Summer has arrived in Blackout! Days of Summer brings new summer lighting and foliage to the main map, along with new hidden Coolers containing Paint Can rewards, throwable Water Balloons, and seasonal decorations throughout the map including BBQ-themed parties, balloons, yard flamingos, flags, and pool floats.

Now that the flood is over, players will see changes all across the map: the floodwater has receded, Hydro Dam is under reconstruction, Factory is being repaired, Cargo Docks has been restored with new layout changes, and Hijacked has set sail for the cove at Nuketown Island.

Ground War makes its debut today with large-scale 50 vs. 50 warfare in Blackout! Drop in along your team’s flightpath or get behind enemy lines early on, and eliminate the opposing team to secure the win. More loot than usual will spawn throughout the map, ammo drops are doubled, and “Down But Not Out”-style redeploys are enabled to help keep the action going until the final circle. We’ve also disabled friendly fire in Ground War, and players can revive any downed players in their team, not just those in their immediate squad. Get out there and let us know what you think of the biggest battle ever in Call of Duty history.

Also live today in Blackout on PS4: take a ride in the new Attack Helicopter with two mounted heavy turrets, and deploy the Hawk to scout for enemies throughout the map. We’ve also added the new Coward’s Way Out feature in redeploy modes, allowing players to hold the USE button to reduce the time spent in the downed state. This can be used tactically to queue up in time for the next redeploy, or to simply get on with it if your friends can’t revive you in time.Finally, while Ground War kicks off today on PS4, we’re bringing Ambush Solo to Xbox One and PC this week featuring solo play with snipers, knives, and launchers only – just like old-school Ambush. Enjoy! 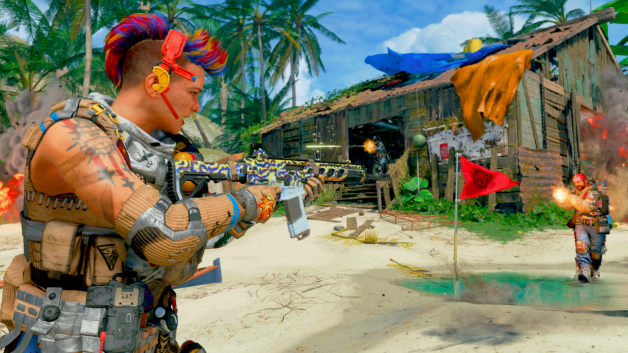 First up, the new Labours of Hercules Gauntlet is now live in “Ancient Evil” on PS4, featuring 30 new challenges to take on with your squad. Players on all platforms can also now track their standings against their friends and others in our new Gauntlet Leaderboards, tracking your Highest Round, Best Gold, Best Silver, Best Bronze, and Kills across all Gauntlets.

Next up, four fan-favorites arrive as Epic Elixirs in the Laboratory on PS4: Perkaholic, Near Death Experience, Reign Drops, and Shopping Free. In Black Ops 4 Zombies, Perkaholic gives the player all Loadout Perks plus six random extra Perks upon activation for a hell of an edge against the undead. With Perkaholic now in the mix, we’ve reduced the rarity of Perk Up from Epic to Legendary. Check the patch notes below for the specifics on each of the new Elixirs.

With today’s update, we’ve added support for new weapons and Mastercrafts in Zombies on PS4, including the S6 Stingray, Peacekeeper, Vendetta, Locus, and Ballistic Knife, as well as the latest MKII Weapons on all platforms, including the Rampage, Switchblade X9, Vapr-XKG, and Spitfire. We’ve also made gameplay improvements and implemented new bug fixes in “Ancient Evil” and “Dead of the Night” for a smoother zombie-slaying experience.

The team is currently hard at work on even more content for the remainder of Operation Spectre Rising – including the launch of Hard Mode Gauntlets and increased in-game rewards for Zombies players – as we prepare for our return to the Aether story in our next Operation in July. We can’t wait to share more details soon on where the Zombies saga is headed in DLC 3… stay tuned.

The following updates are available first on PS4, with other platforms to follow: